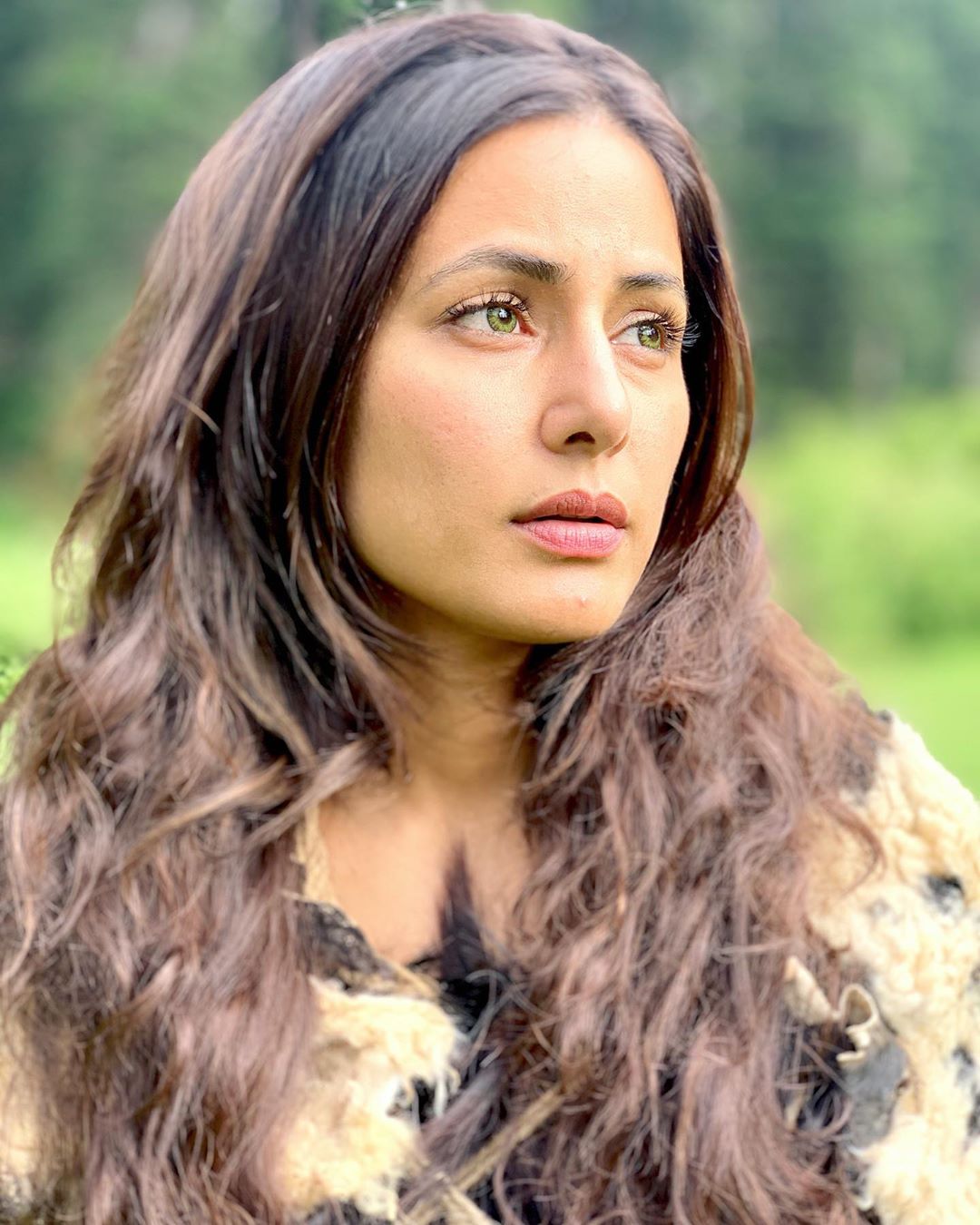 While we just showed you Hina Khan's first look as the blind girl in her next, a Indo-Hollywood film titled 'Country Of Blind', here are more pictures which are far more interesting, and which have driven Hina-fans crazy. In the officially released picture earlier in the day, we saw Hina wearing green lenses in eyes to portray a visually challenged girl and wearing a hand made fake animal skin' clothing for the story set in the 1800s. 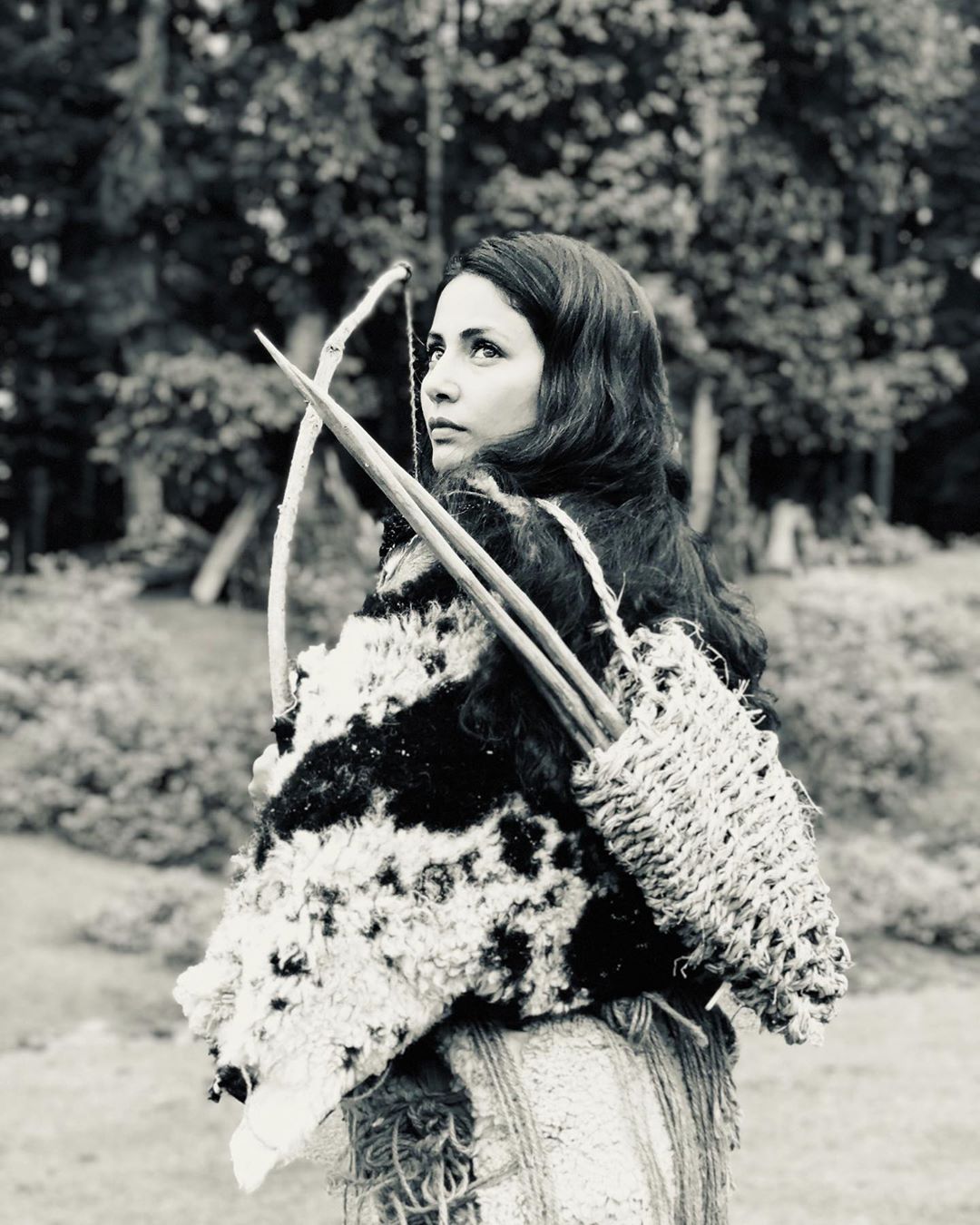 The newly released fresh pictures have her in the same getup but with more intriguing elements added. 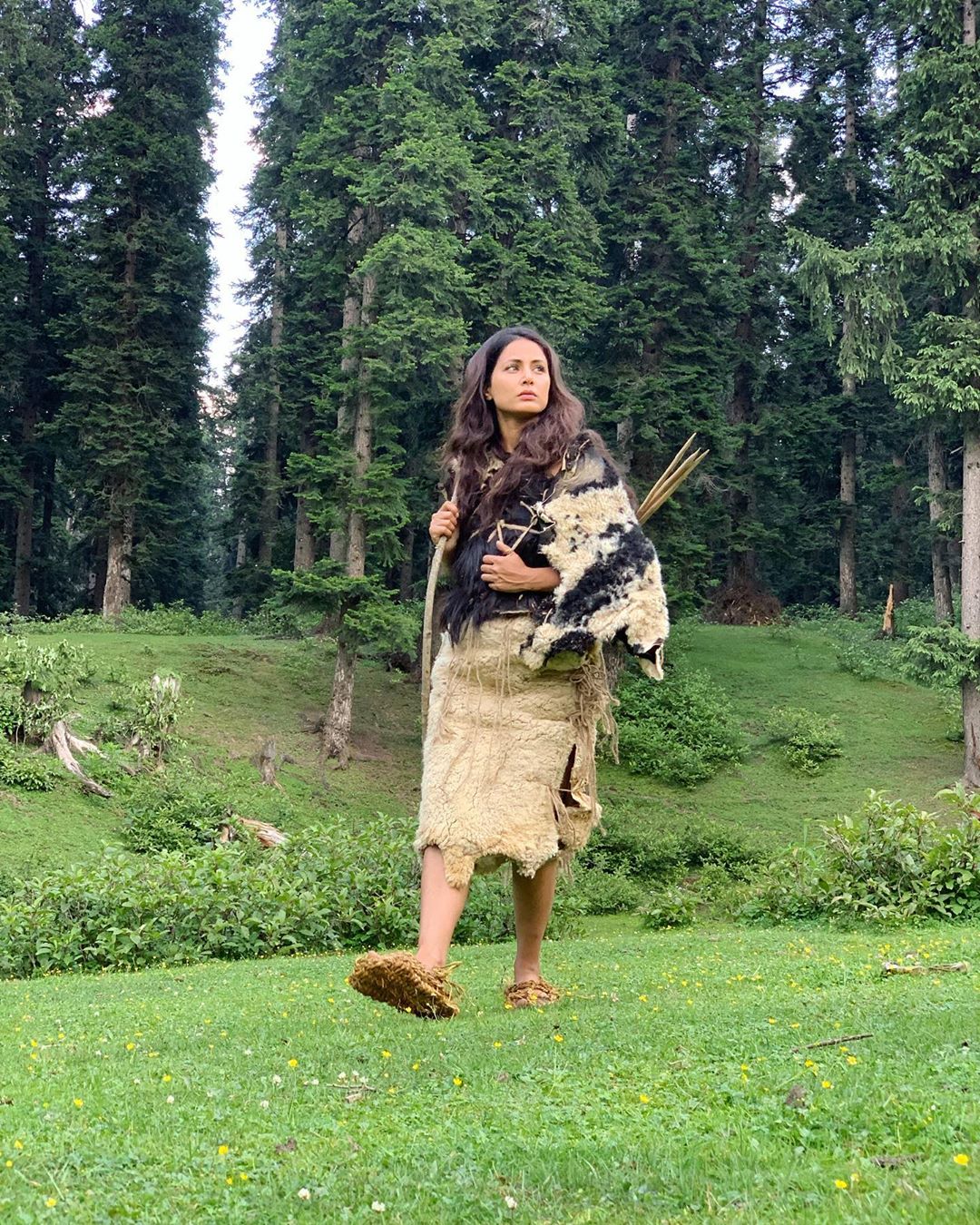 The new pictures shared by Hina has her full look revealed wearing the upper and skirt as the lower made with fake animal skin. 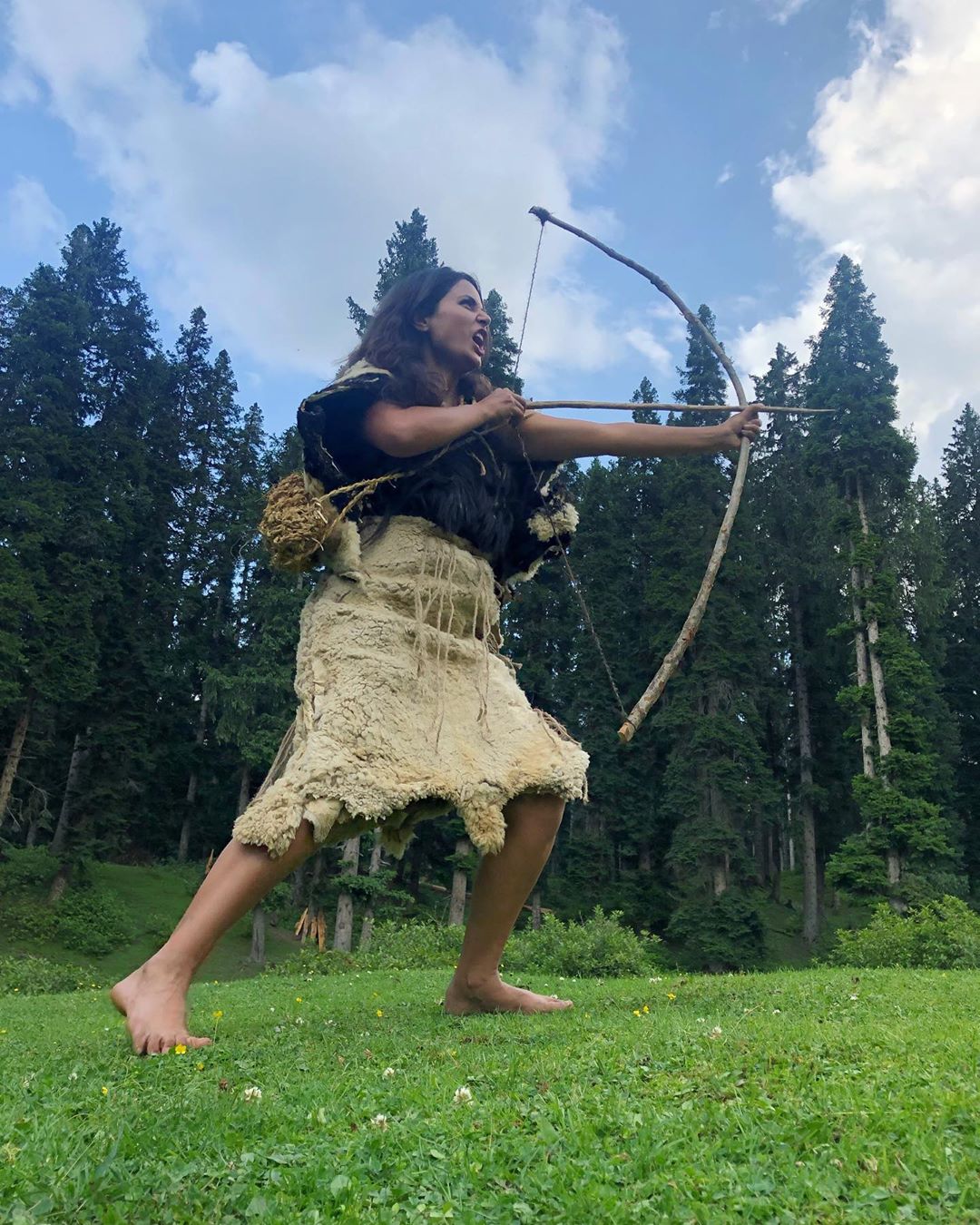 The film titled Country of Blind, based on the very popular book by H.G.Wells, is directed by Rahat Kazmi and has been shot in the Himalayas and is a story set in the 1800s about the inhabitants of a valley who have no vision and yet are living a fulfilled and secluded life without any attachments to the outside world. 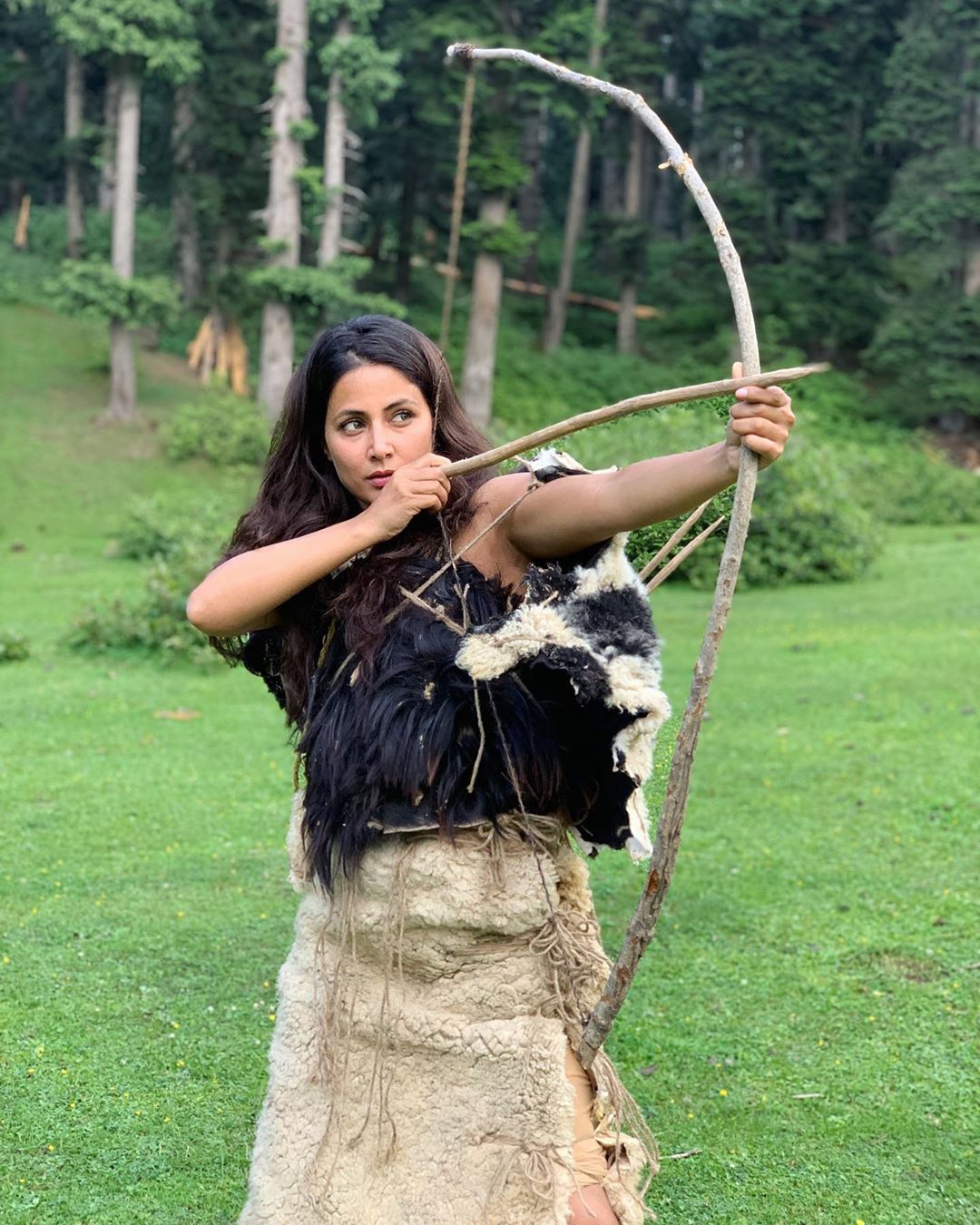 Another picture reveals Hina's look as the hunter holding a bow and arrow aiming to shoot. Sharing the pics, Hina also reveals the character of her name which is 'Gosha'. 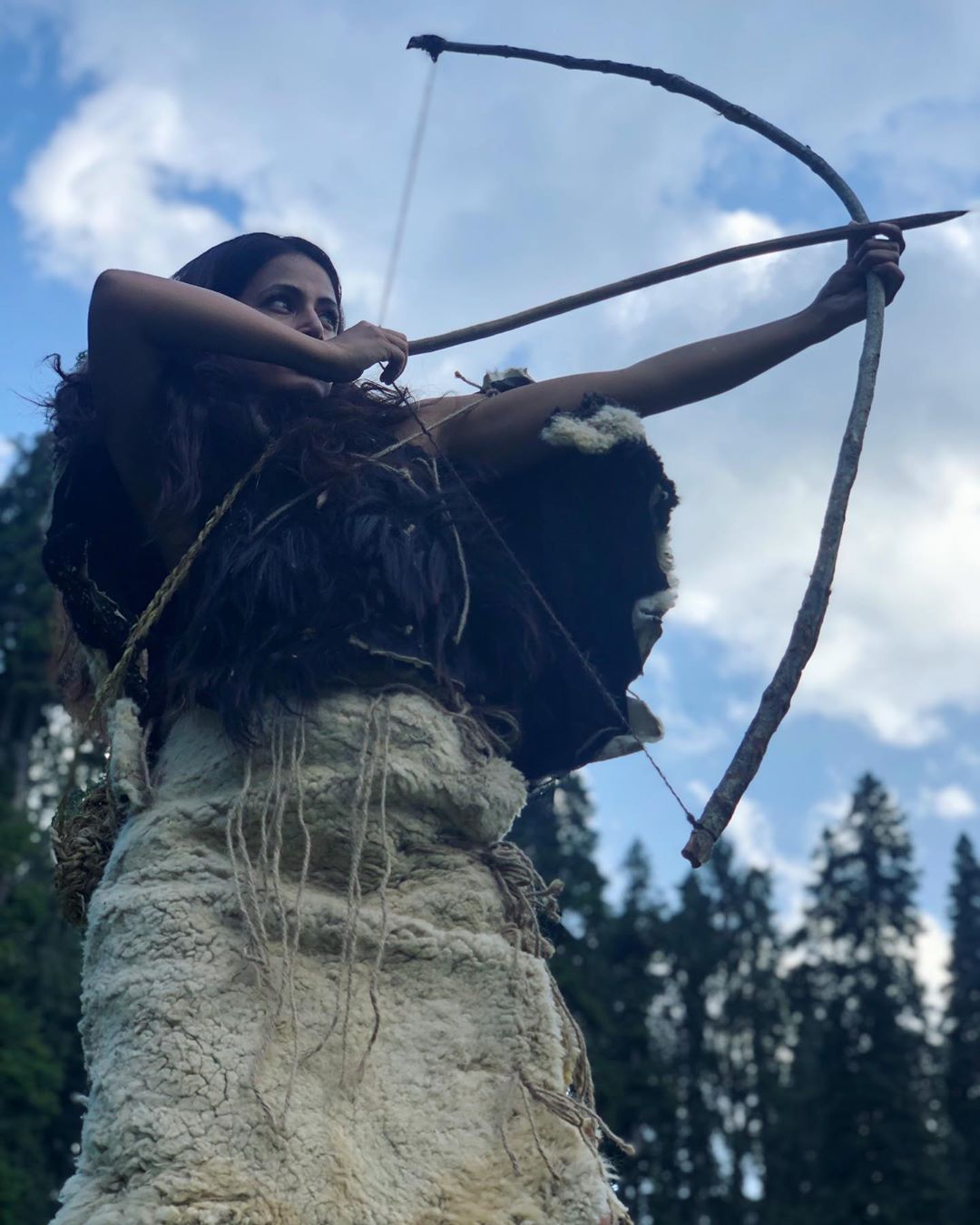