Did 'Raees' actress Mahira Khan get ENGAGED to boyfriend Salim Karim in Turkey? Here's the TRUTH!

By: Shruti Srivastava
Updated: 02 May 2019 07:06 PM
Pakistani actress Mahira Khan who debuted in Bollywood with Shah Rukh Khan starrer 'Raees', is in headlines since Wednesday over her engagement news. Mahira, who also rumored to have dated Ranbir Kapoor back in 2017 after their pictures of smoking together in New York went viral, is allegedly dating Salim Karim currently. And the latest reports suggested that the two have even got engaged to each other in Turkey.

Ranbir Kapoor REACTS on his VIRAL PICTURES with Mahira Khan

The news spread like wild fire after a picture of Mahira and Salim surfaced on social media which is reportedly from a party in which the two even danced together. Standing close to each other, Mahira looks stunning wearing a cream colors gown while Salim is dapper in a tuxedo. Report in an entertainment portal claimed that the couple got engaged in the presence of their close family and friends. The rumours of their engagement were further sparked by this latest picture of the couple. 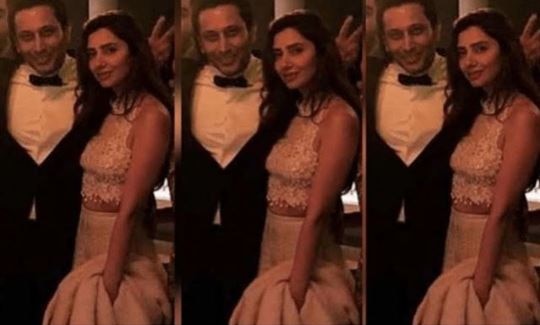 Mahira Khan and Salim Karim's latest picture from a party sparks rumors of their engagement which now turns out to be false (Pic: Instagram)

Mahira shared some beautiful pictures of herself in the same white gown captioning it "safed pe safed" from Turkey on Wednesday.

Salim Karim, who is the CEO of a Pakistani startup called Simpaisa, is also present in some pictures that Mahira shared from a wedding party on her Instagram profile 5 days ago.

And while everything points to two being in a relationship and possibly getting engaged to each other gone month, a report in Pakistani daily Dawn claims otherwise.

The daily reports, that sources close to Mahira have said that the rumour is false and that she was attending a wedding in Turkey with friends.

The speculations can be put to rest now and we shall patiently wait to get the official confirmation from the couple themselves if and when they get engaged.

For the unversed, Mahir is already a mom to a son named Azlan with her ex-husband Ali Askari who she married in 2007. Couple got divorced in 2015.


Grateful everyday for being chosen to be Azlan's mama. My one and my only... ❤️🙏🏼