Did you know Aishwarya Rai Bachchan's butterfly dress at Cannes took 3,000 hours to make; Here's all you need to know about her stunning outfit! 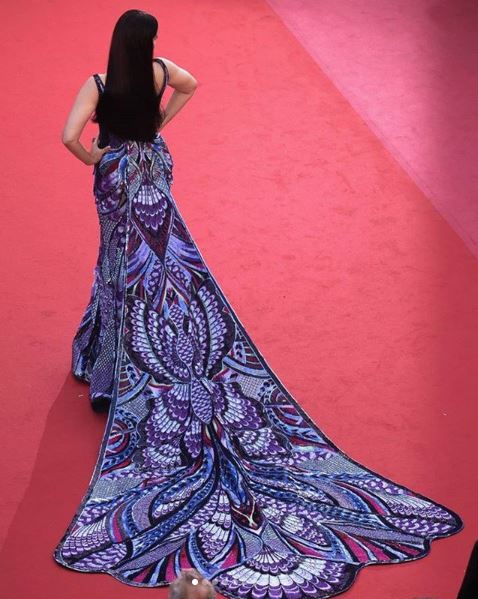 Bollywood diva Aishwarya Rai Bachchan made a colourful statement with a dramatic 'butterfly' gown by Dubai-based designer Michael Cinco for her first red carpet appearance at the 71st Cannes Film Festival on Saturday. 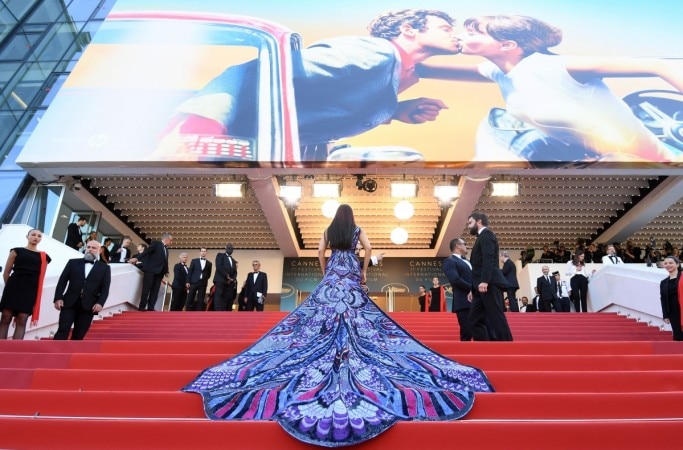 The Dubai-based designer revealed the details for this dress: it's completely covered in Swarovski crystals and French palettes; it consists of ultra-violet, midnight blue, and red thread works; and it boasts a 20-foot train that mimics "a butterfly emerging from it’s chrysalis." 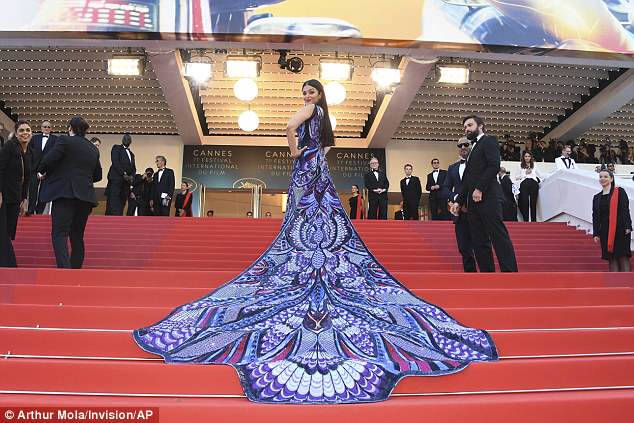 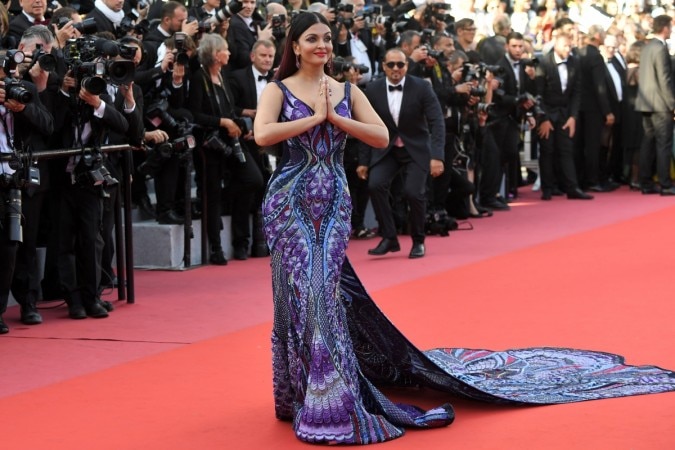 Aishwarya, who clocks her 17th year at the film jamboree this time as L'Oreal Paris brand ambassador, took a confident walk with the exquisite three meter train trailing behind and catching the attention of the crowd 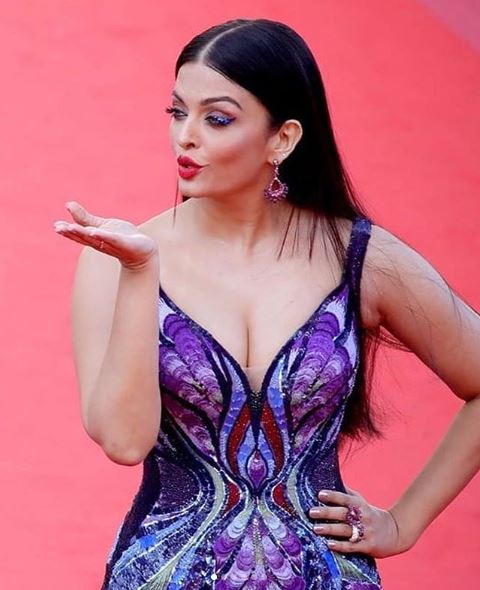 With her lips accentuated by a scarlet shade, and eyes done up with a smoky effect. 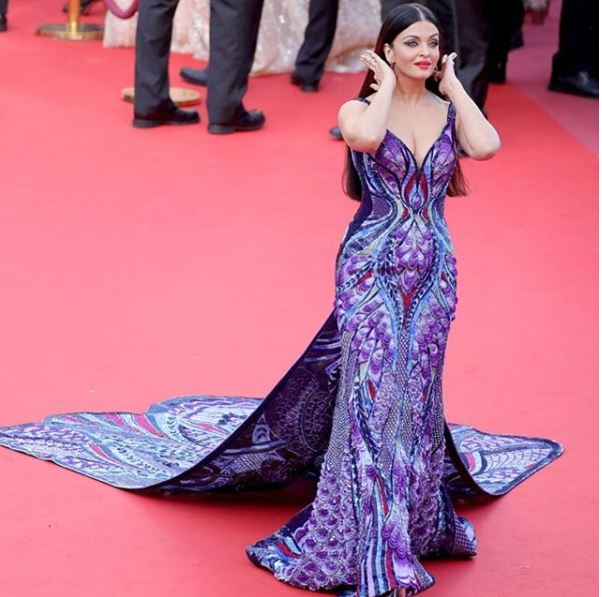 Aishwarya kept her hair straight and simple with a neat middle parting. 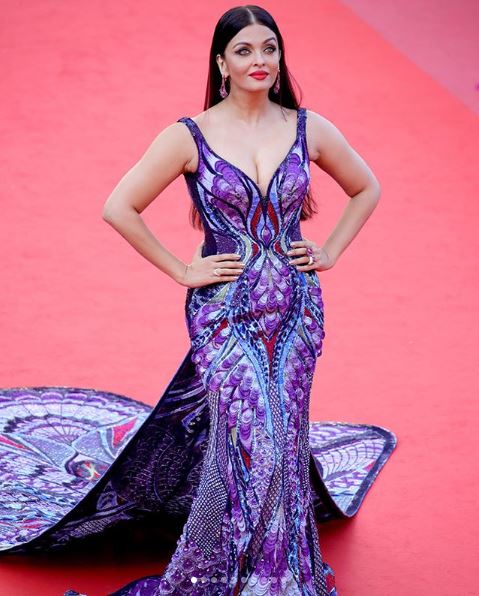 She kept her accessories minimalistic with just danglers and a couple of rings. 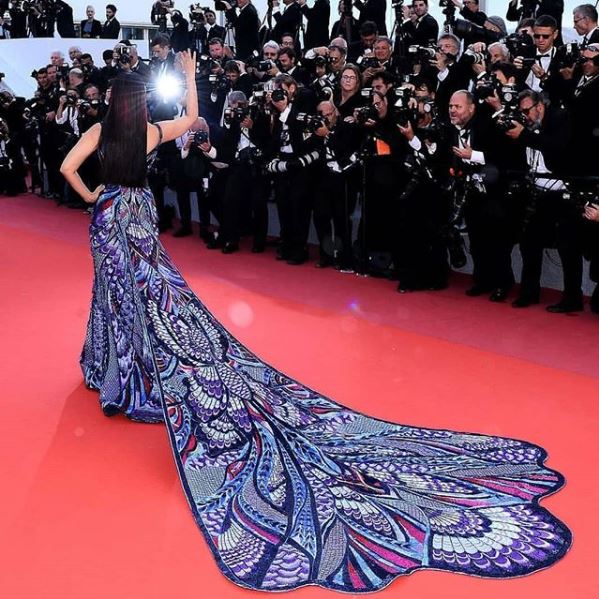 Before she went for the red carpet, Aishwarya was welcomed with a loud cheer from the crowd. 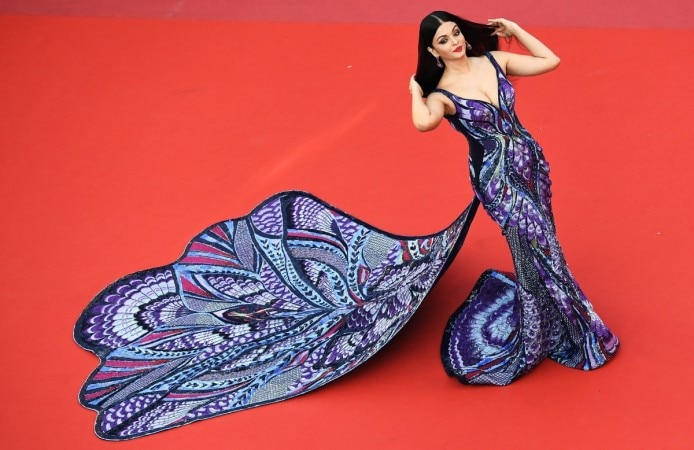 Aishwarya wowed the fashion police with her sexy number! 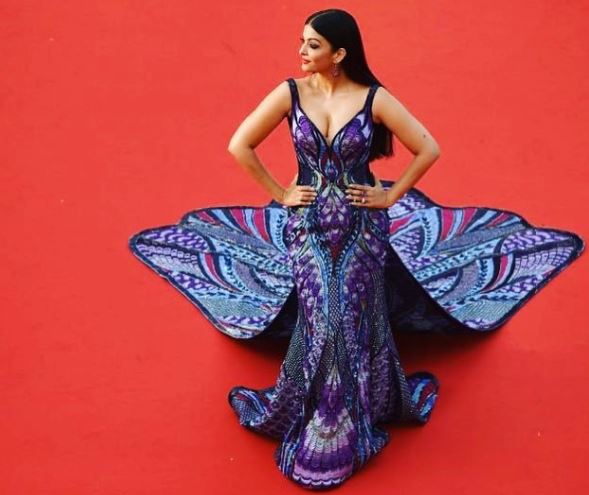 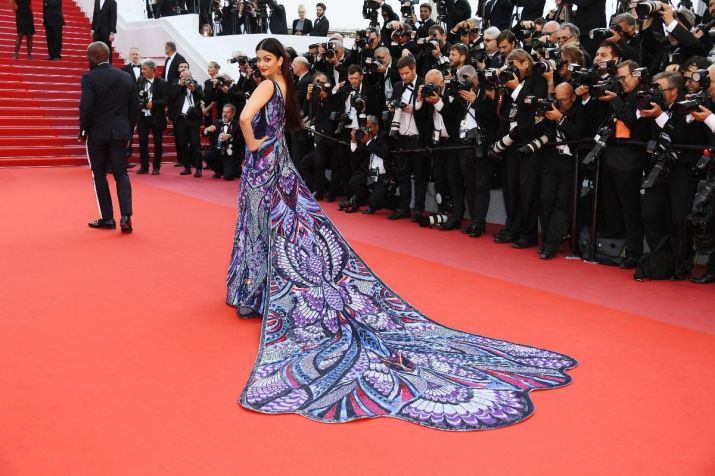