Diwali 2019 INSIDE Bachchan's Puja: Big B Shares Puja Pics With Aaradhya, Aishwarya Rai, Abhishek & Jaya As They Perform Aarti Together 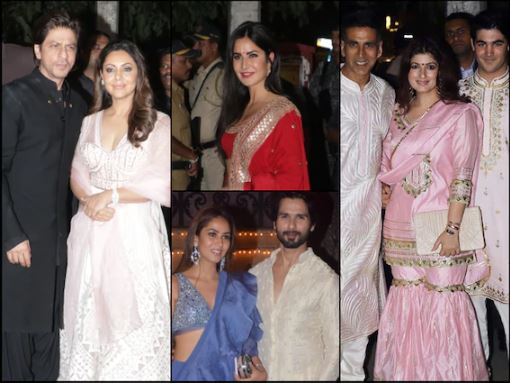 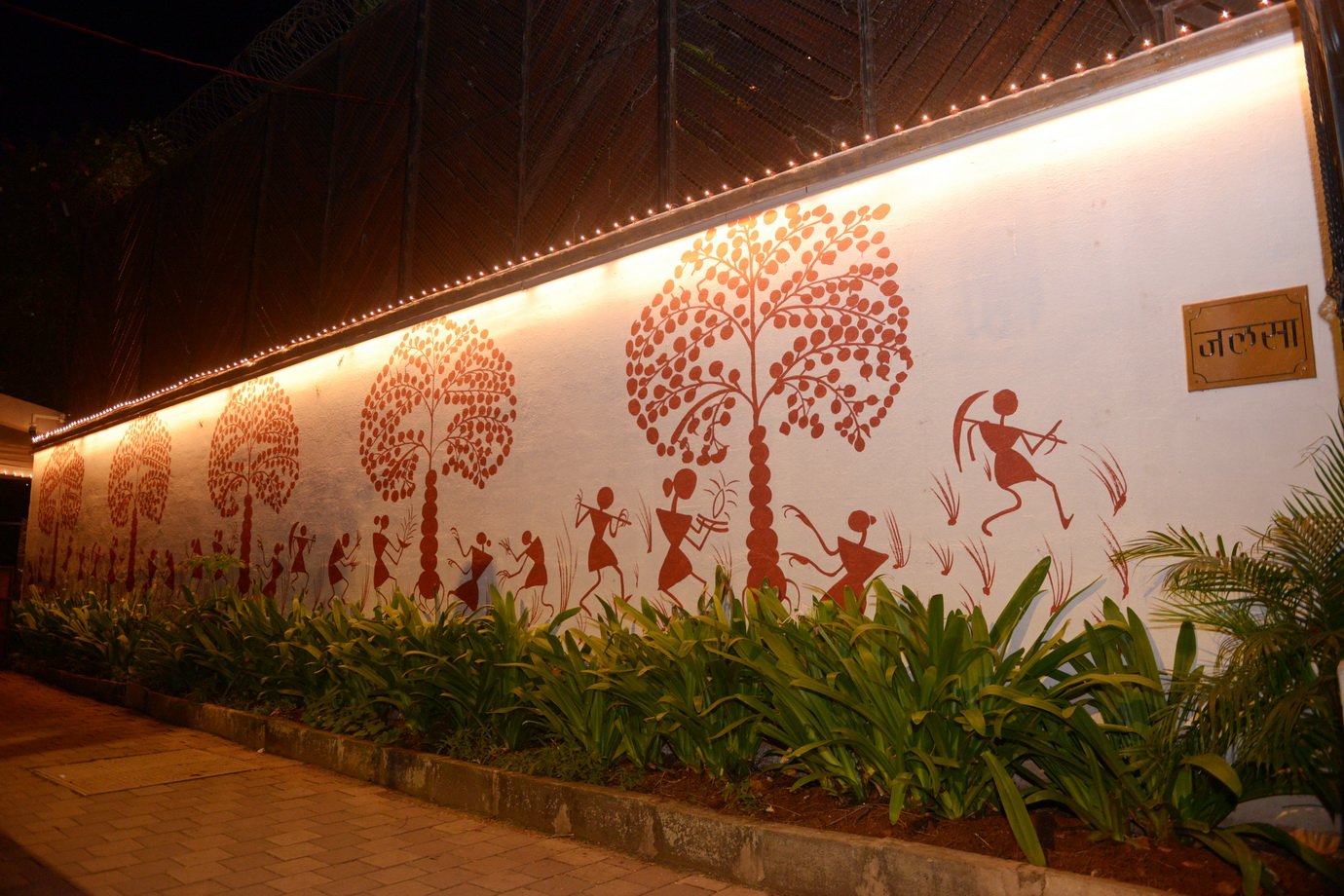 Jalsa was decked up for the occasion and while we have seen the gorgeous pictures of the Bollywood stars who descended at Jalsa suring Diwali 2019, here's how the Bachchans performed the Laxmi Ganesh puja the next day! 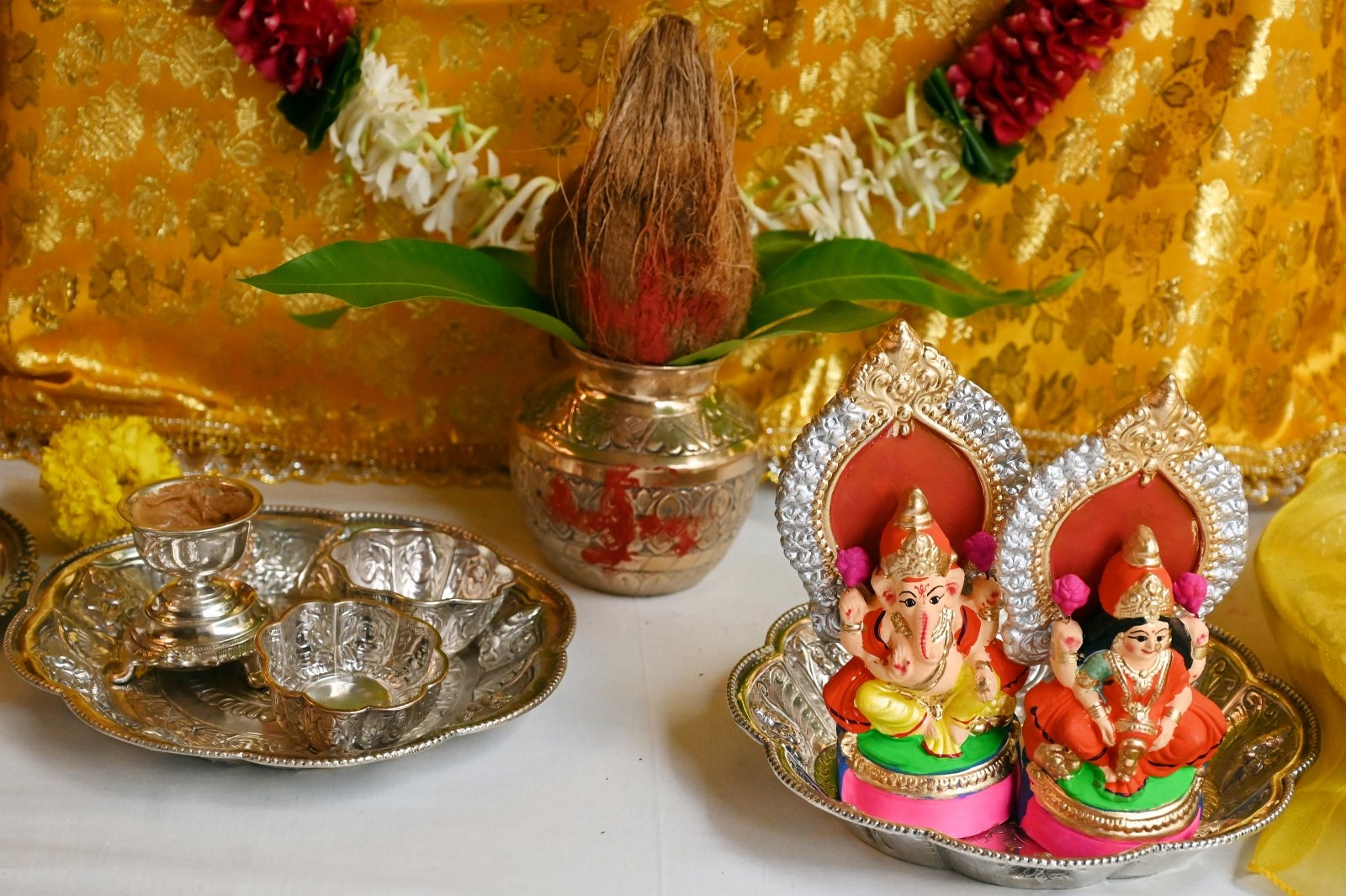 He also wrote a message today on Tuesday on his blog that reads- "He wrote on his blog, "On the auspicious day of ‘Bhai Dooj’ .. during the festival of Diwali .. another affection between brother and sister .. of protection love and prayer .. my deepest wishes and love .. to all brothers and sisters … At work amid the love and greetings each hour on this festive season .. and so blessed to have the Ef with me in their concern and affection .. My love and affection and my greetings..." 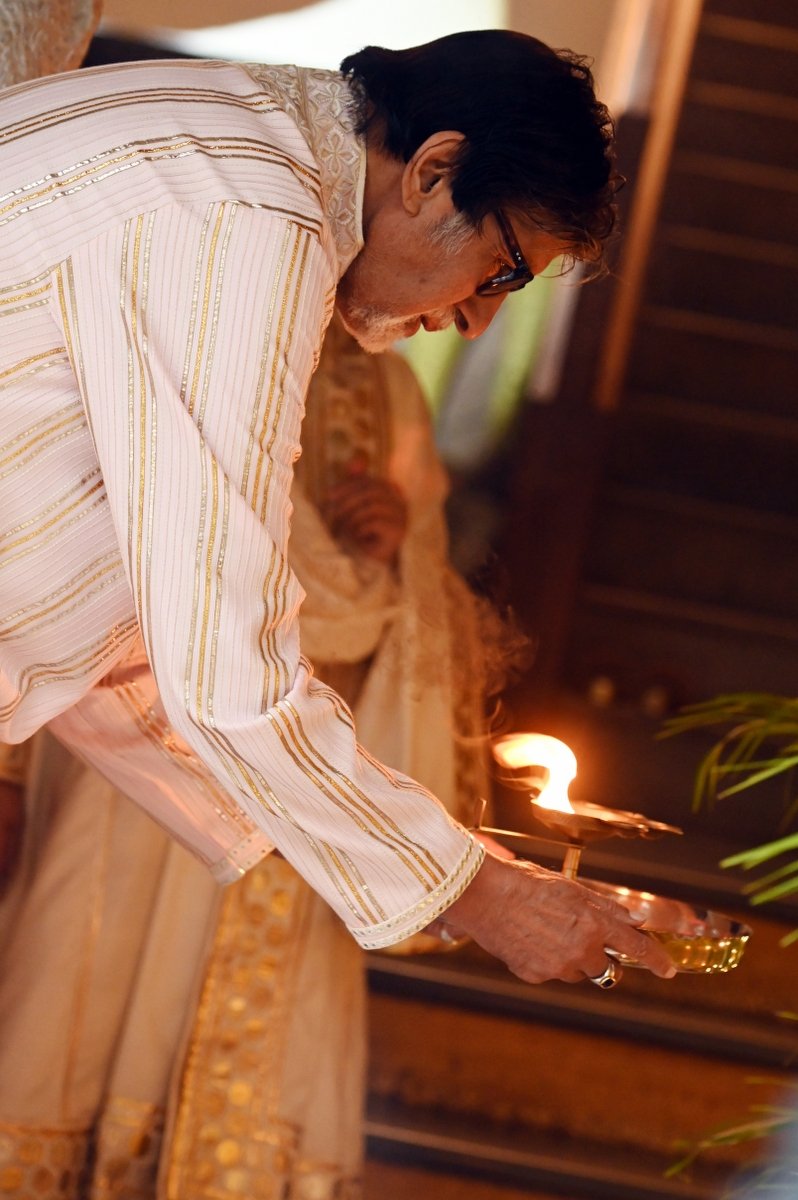 And here are the beautiful inside-pics of the Bachchan family performing puja together on Diwali. Big B performing aarti. 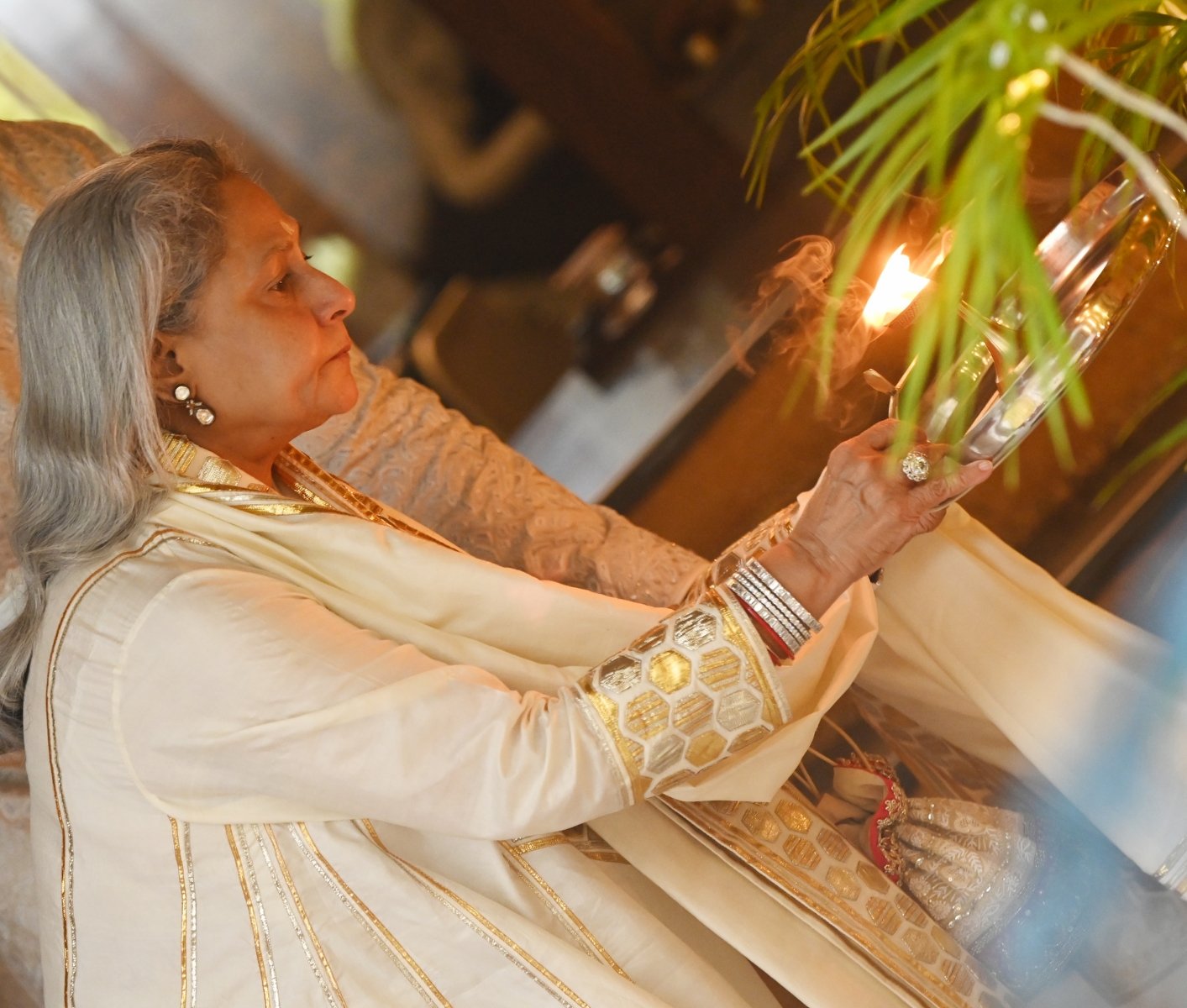 Jaya bachchan does the aarti during Diwali puja Little Aaradhya twinning in red with mommy Aishwarya did the pooja with her parents both Aishwarya Rai and Abhishek Bachchan. Big B wrote in caption to these pictures- "On the auspicious festive week our love and prayers to all .."[and in hindi he continued] ..iss shubh avsar pe hamari shub kamnayein[folded hand emoji + heart emoji] 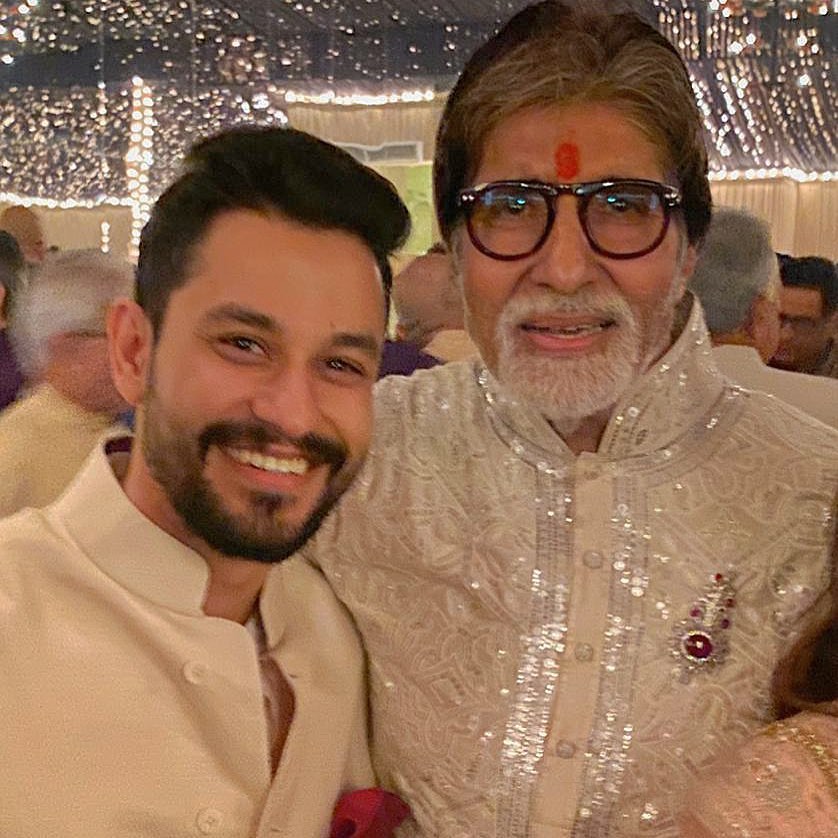 During the Bachchans party on Diwali eve, many Bollywood celebrities shared pictures from Jalsa and Kunal Kemmu had his fanboy moment too posing with Big B. He wrote- "Stars shine Bright and some stars shine brighter but nothing shines brighter than the Sun itself. Being in your company is a surreal experience sir.. Aap jahaan Khade hote hai line Wahi Se shuru hoti hai ???? @amitabhbachchan #fanboy" 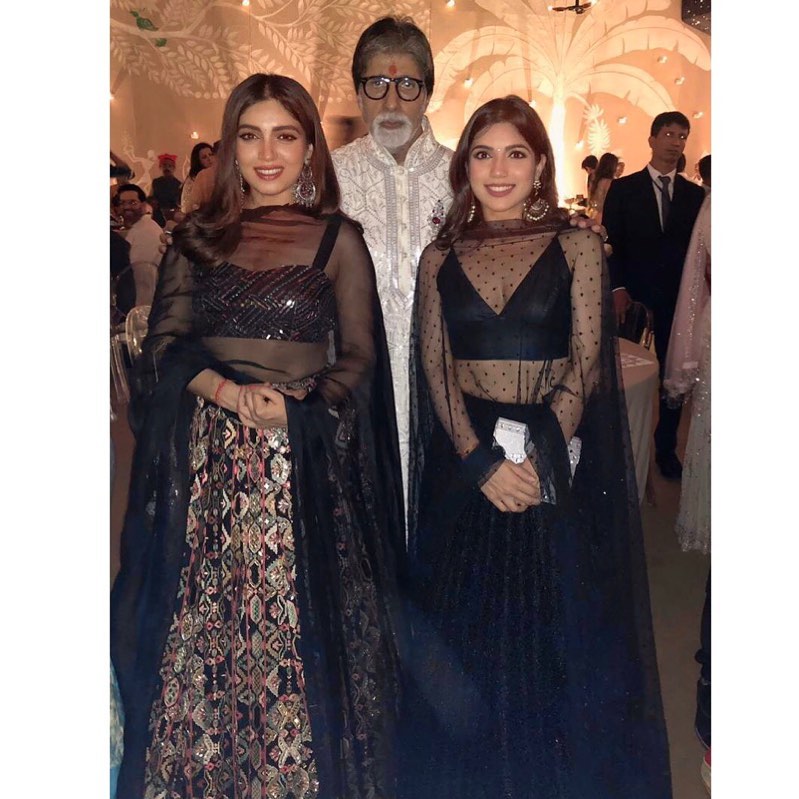 'Saand Ki Aankh' actress Bhumi Pednekar posing with Big B and her sister Samiksha, wrote- "This picture and the conversation that preceded this are just so special :) Thank you for having us over sir @amitabhbachchan ????????Such a special Diwali ❤️" 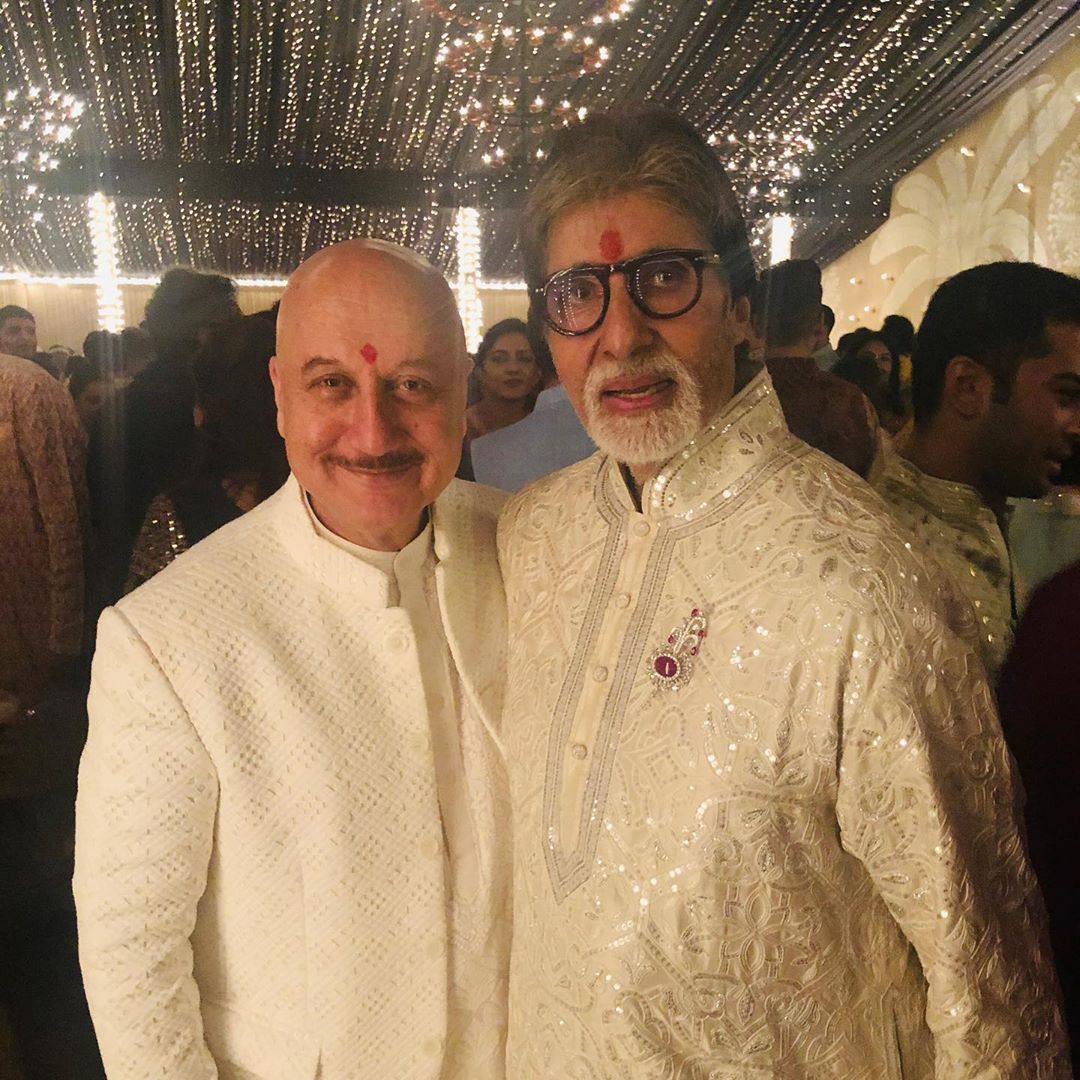 Anupam Kher who gave numerous hits with the superstar, also experienced the fanboy moment with Big B and wrote "Thank you dearest @amitabhbachchan ji and Jaya ji for a loving and grand Diwali Party. Had a blast. Met so many friends under one beautiful roof. Have been in NYC so didn’t realise I had missed my colleagues this much. So many affectionate hugs warmed my heart. Jai Ho.???????? #FanMoment" ..And here's a look back at some of the pictures from the Bachchan's Diwali bash held on Saturday night at Jalsa. Akshay Kumar with Twinkle and son Aarav Bhatia 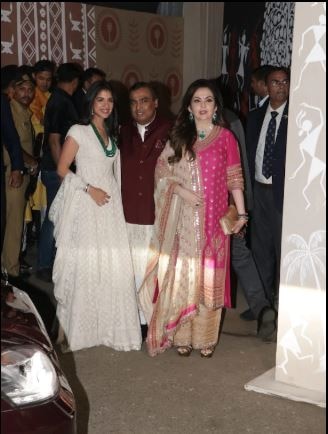 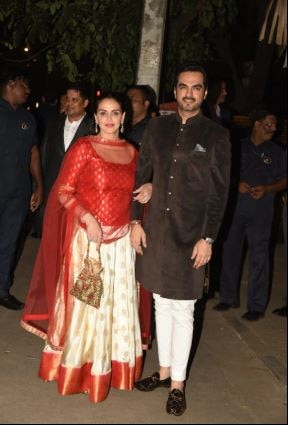 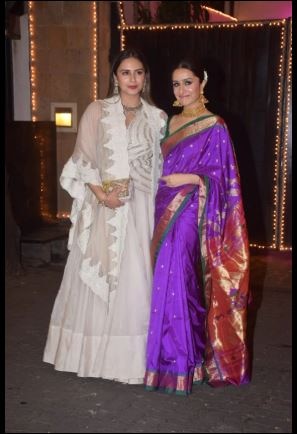 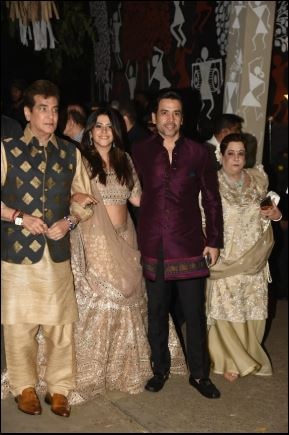 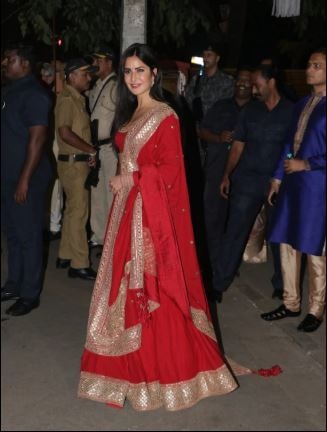 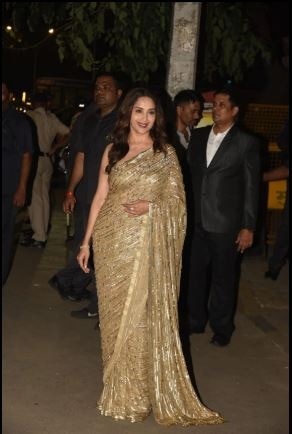 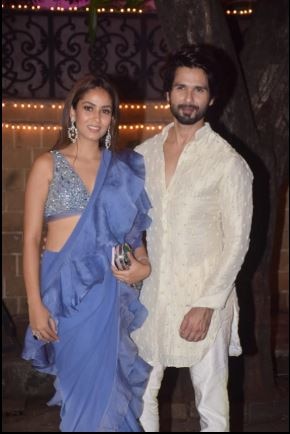 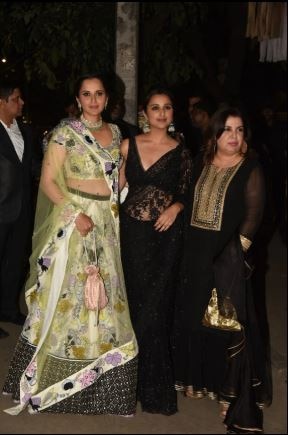