Ahana Deol can be seen cutting a cake in one of the photos while the cutie Radhya looks on. Esha shared another photo in which she posed with mom Hema Malini and sister Ahana.

(Swipe to see all the pictures)

Earlier in the day, Esha wished her younger sister Ahana on her Instagram story. 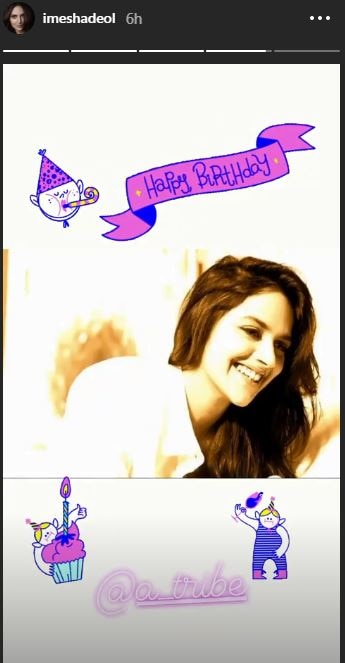 Ahana and Vaibhav got married in 2014 and the couple welcomed their first child Darien in 2015.

Esha Deol had shared a picture with daddy Dharmendra two days back on social media. The father-daughter duo was twinning in white in the photo. The caption for the post read, “A daughter may outgrown her fathers lap ... but she’ll never outgrow his heart.’’

On the professional front, Esha Deol was last seen in the short film ‘Cakewalk’.