By: Aakash Kumar
Updated: 11 Jun 2019 10:16 AM
It’s time to send congratulatory messages to Bollywood actress Esha Deol and her husband Bharat Takhtani as the couple has welcomed their second child. The 'Dhoom' actress, who is already a mother to daughter Radhya, gave birth to her second baby girl yesterday (10th June). Parents Esha and Bharat are elated with the arrival of their second little munchkin. Hema Malini & Dharmendra's daughter Esha took to her social media account and shared the great news with her fans. 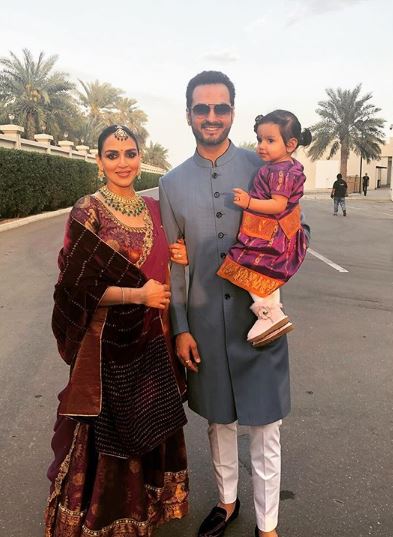 Esha Deol recently took to her Instagram account and shared a picture in which she announced the birth of her baby girl. In her post she also revealed that, the newborn baby girl has been named Miraya Takhtani. The post has been captioned as, "Thank you very much for the love & blessings ♥️ @bharattakhtani3 #radhyatakhtani  #mirayatakhtani"

Esha, who tied the knot with hubby Bharat Takhtani in June 2012, had announced her second pregnancy in January this year by posting an adorable picture of daughter Radhya with "I’m being promoted to ‘Big Sister’” written on it. Esha's elder daughter is 1 and a half years old and she looks ready to welcome the big brother or sister too.

On the career front, Esha Deol hasn't been seen on the big screen for a while & recently made her acting comeback with her short film titled "Cakewalk" in which she played the role of a chef. Hema Malini's biographer Ram Kamal Mukherjee and Abhra Chakraborty directed Esha's short film.