Farhan took to Twitter to post a picture of himself with Aditya and wrote a caption which reads as: "And that, as they say, is that.. RIP rumours. #lastnight #chilltimes,"

And that, as they say, is that.. RIP rumours. #lastnight #chilltimes pic.twitter.com/TlTGYtWYwY

'Aashiqui 2' co-stars, Aditya and Shraddha were allegedly dating but later they parted their ways. Now, Shraddha is rumoured to be in a relationship with her 'Rock On 2' co-star Farhan.

There were reports about the 'Bhaag Milkha Bhaag' actor being vexed after ex-flames mingled at a party. Later, the actress had to jump in for damage control. In fact, the reports also said that Aditya's car was seen parked few steps ahead of Farhan's residence. 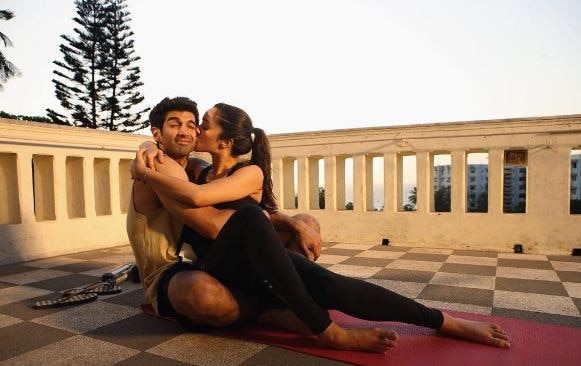 Farhan and Shraddha have always remained tight-lipped on their relation.

On the work front, Farhan is busy shooting for 'Lucknow Central' while Shraddha is awaiting the release of 'Half Girlfriend' which is scheduled for May 19. Aditya was last seen in 'Ok Jaanu' opposite Shraddha.