By: IANS
Updated: 11 Jan 2017 05:21 PM
New Delhi:  Actress Shraddha Kapoor says she gets affected when her film doesn't do as well as expected.

Shraddha's last film "Rock On 2" couldn't get the expected footfalls as it released soon after Prime Minister Narendra Modi announced the move to demonetise Rs 500 and Rs 1000 notes to curb black money in India.

Asked how she was affected due to the failure of "Rock On 2", Shraddha told the media here on Wednesday: "When any of your films doesn't work properly, of course you feel bad... But the good thing is that I got busy immediately, so it helps you to shift your mindset." 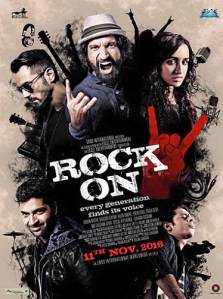 The 29-year-old actress hopes that her new film "OK Jaanu" does well.

"I hope that all films are successful. I hope people go and watch this film," she added