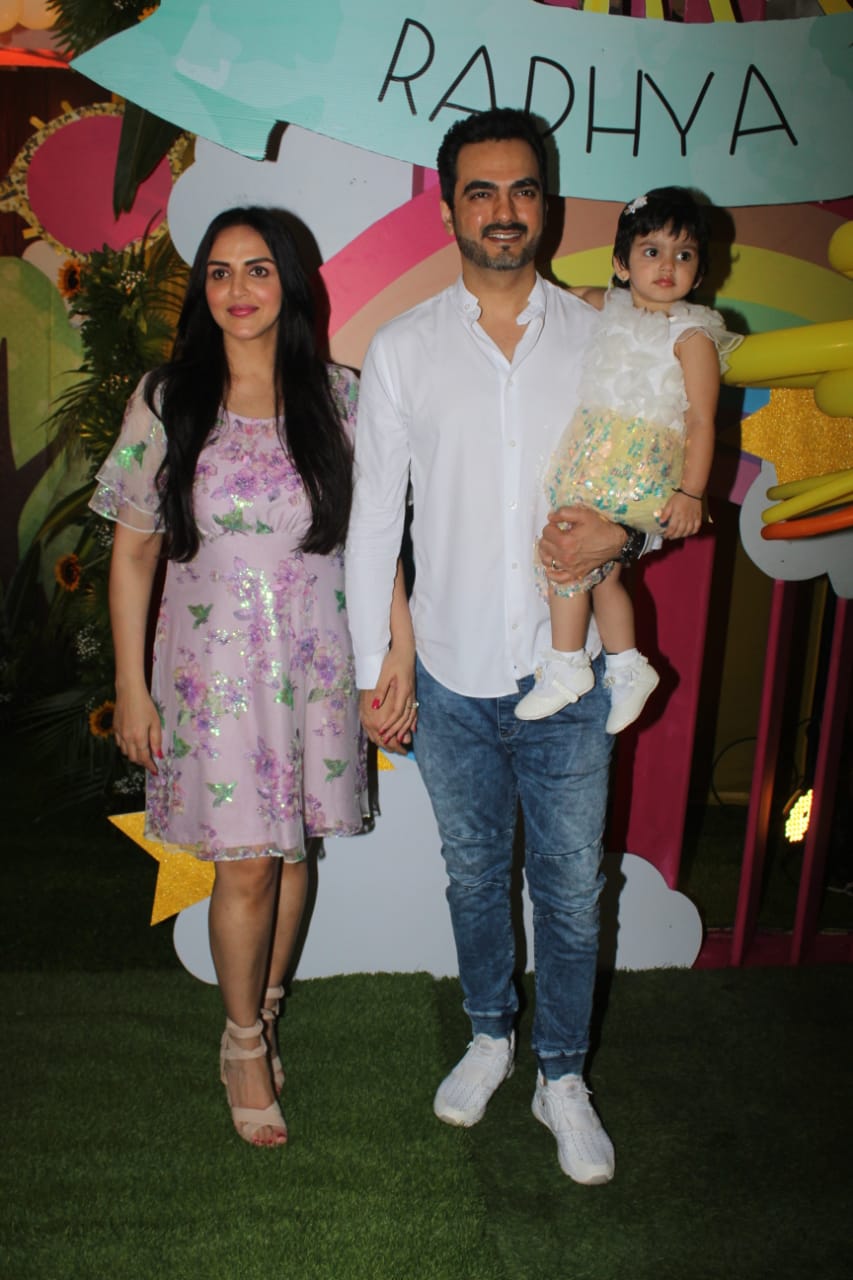 Bollywood actress Esha Deol and her husband Bharat Taktani hosted a birthday bash for their daughter Radhya Takhtani on Sunday (October 20). Radhya turned two on October 20, 2019 and the doting parents organized a birthday party for their baby girl. 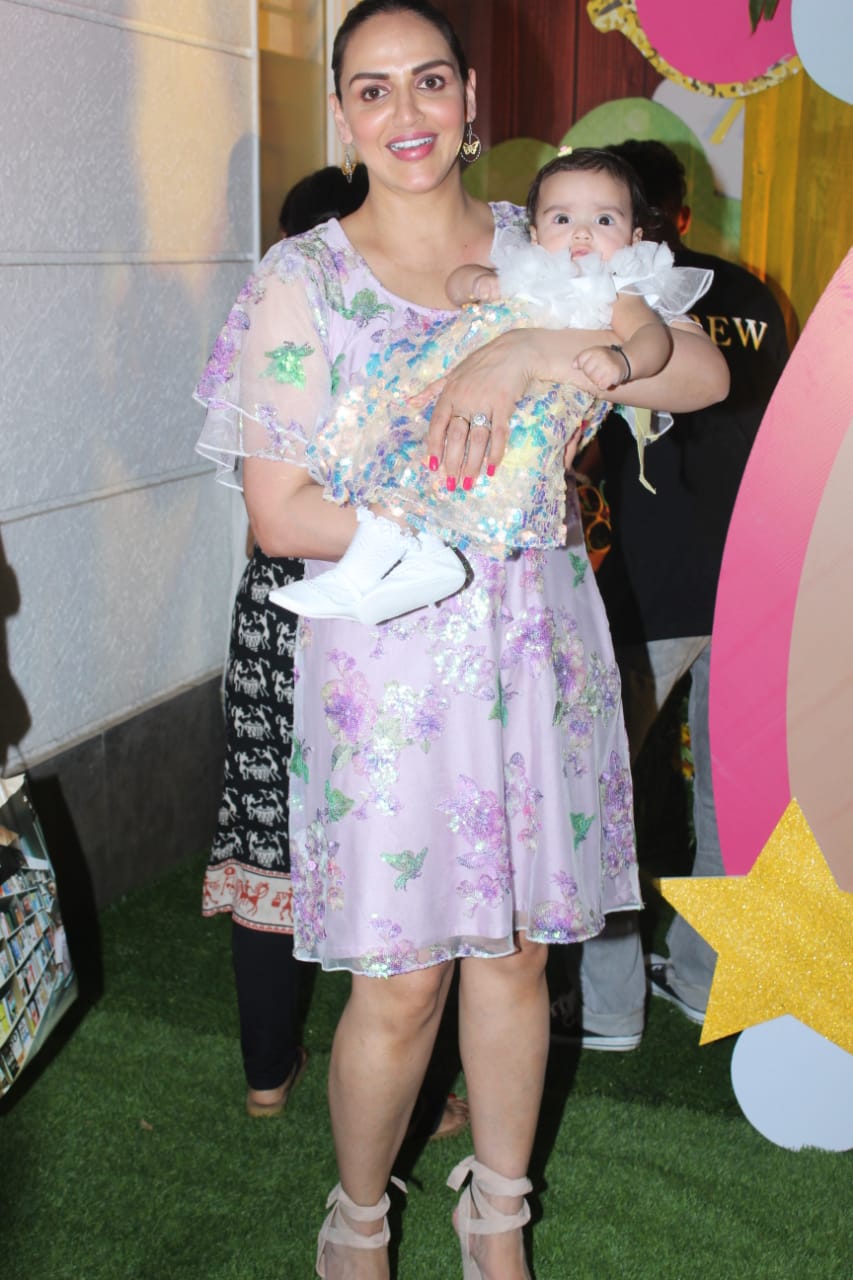 Esha Deol posed with her newborn daughter Miraya Taktani for the very first time at the birthday bash. It is the first time, Esha has made a public appearance with her second daughter. Scroll down to see the photos. 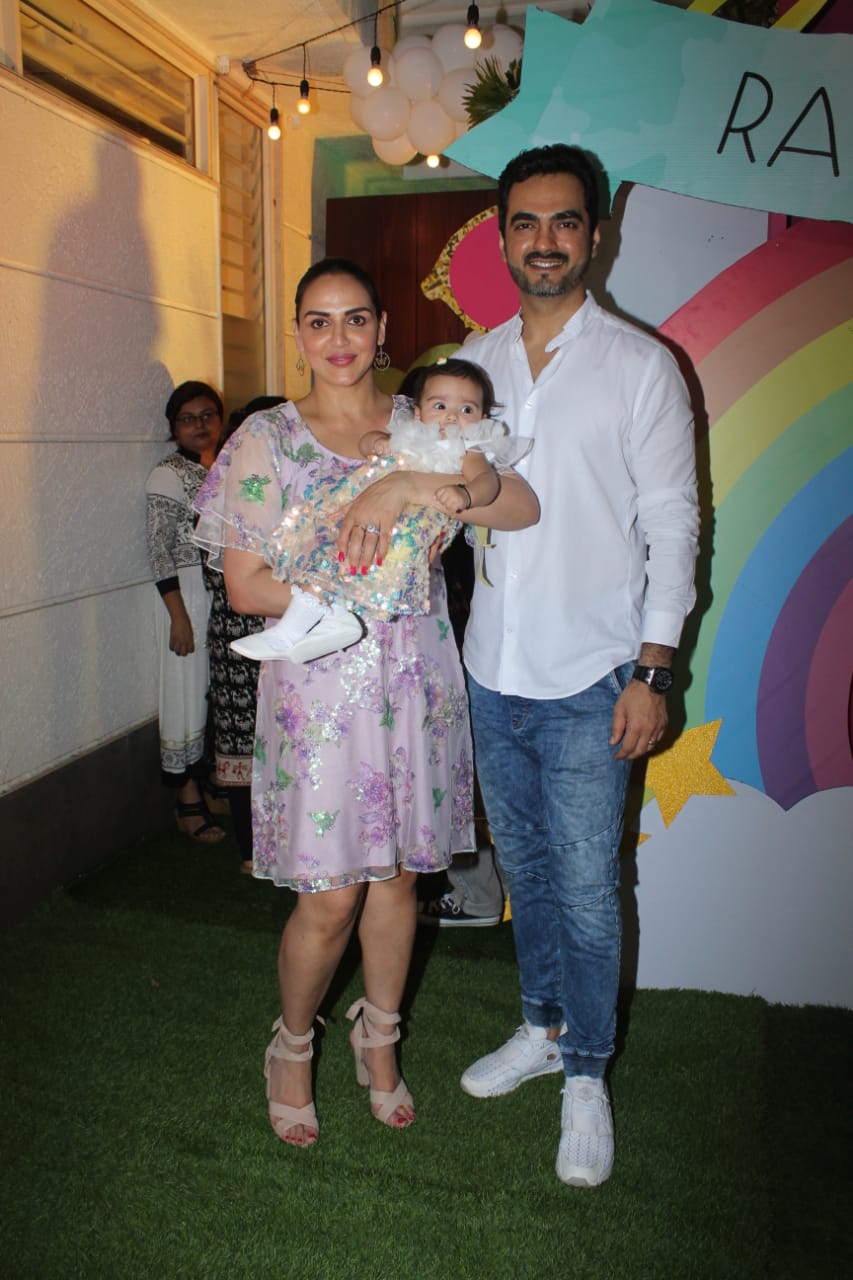 Esha and Bharat became parents for the second time on June 10, 2019. They have named their child Miraya Takhtani, whose name means devotee of Lord Krishna. The 'Dhoom' actress was beaming with joy as she posed for the paps. 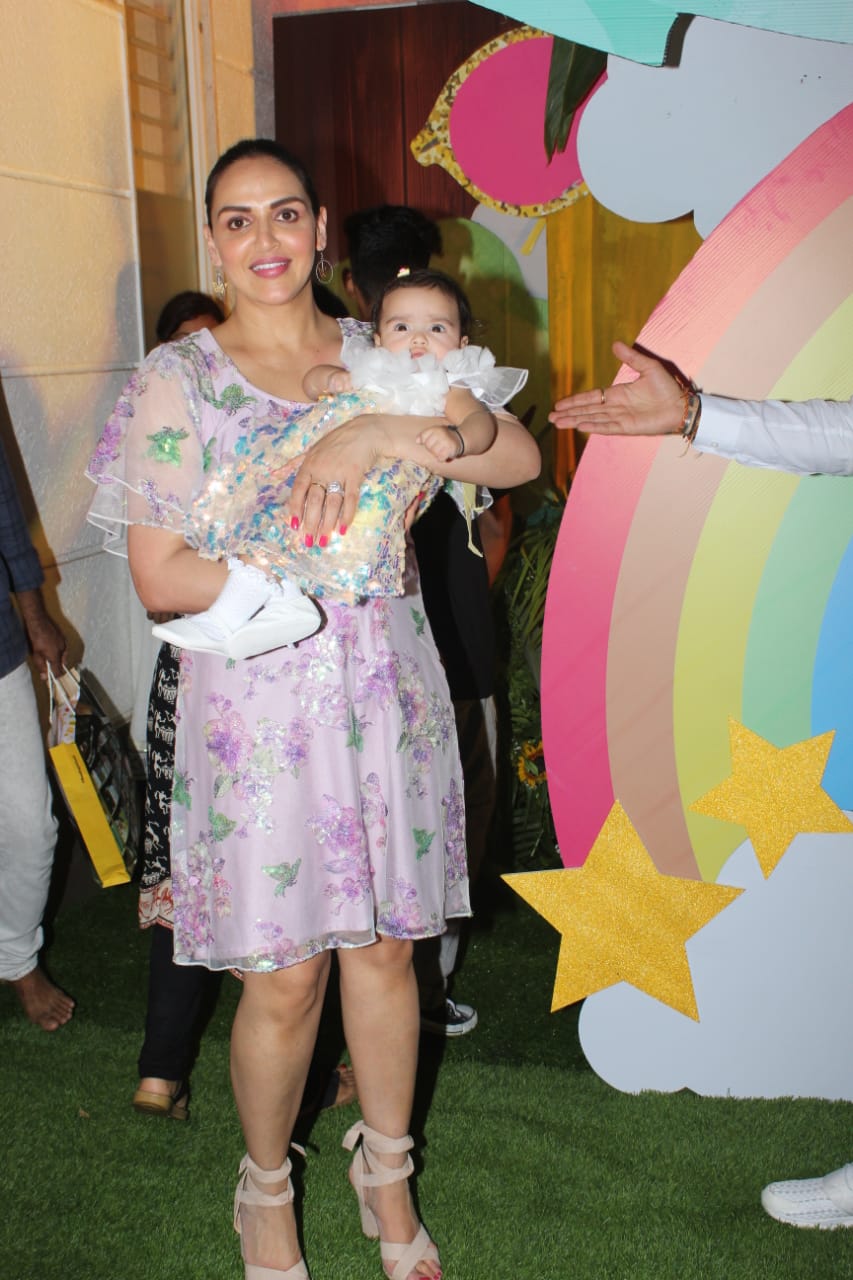 Miraya is looking as cute as a button, isn’t it? 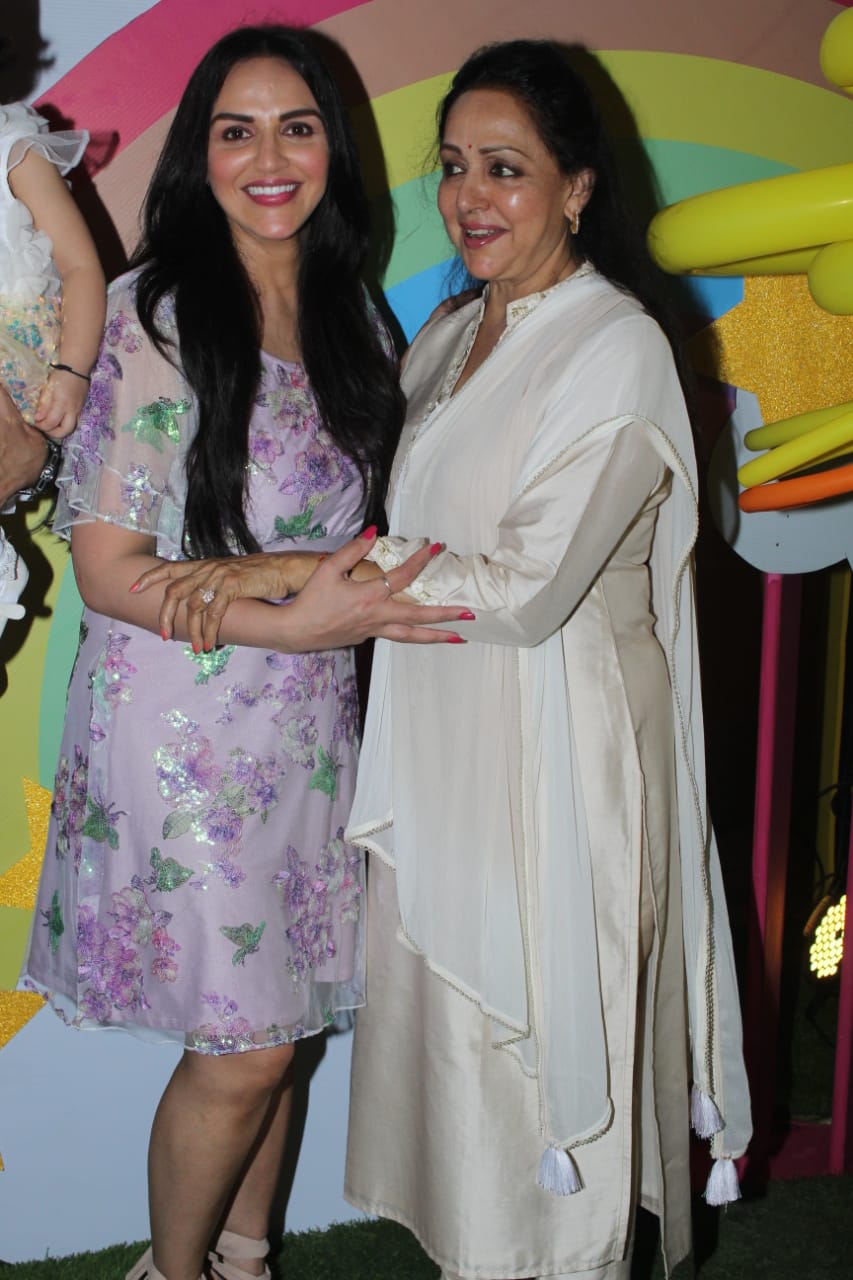 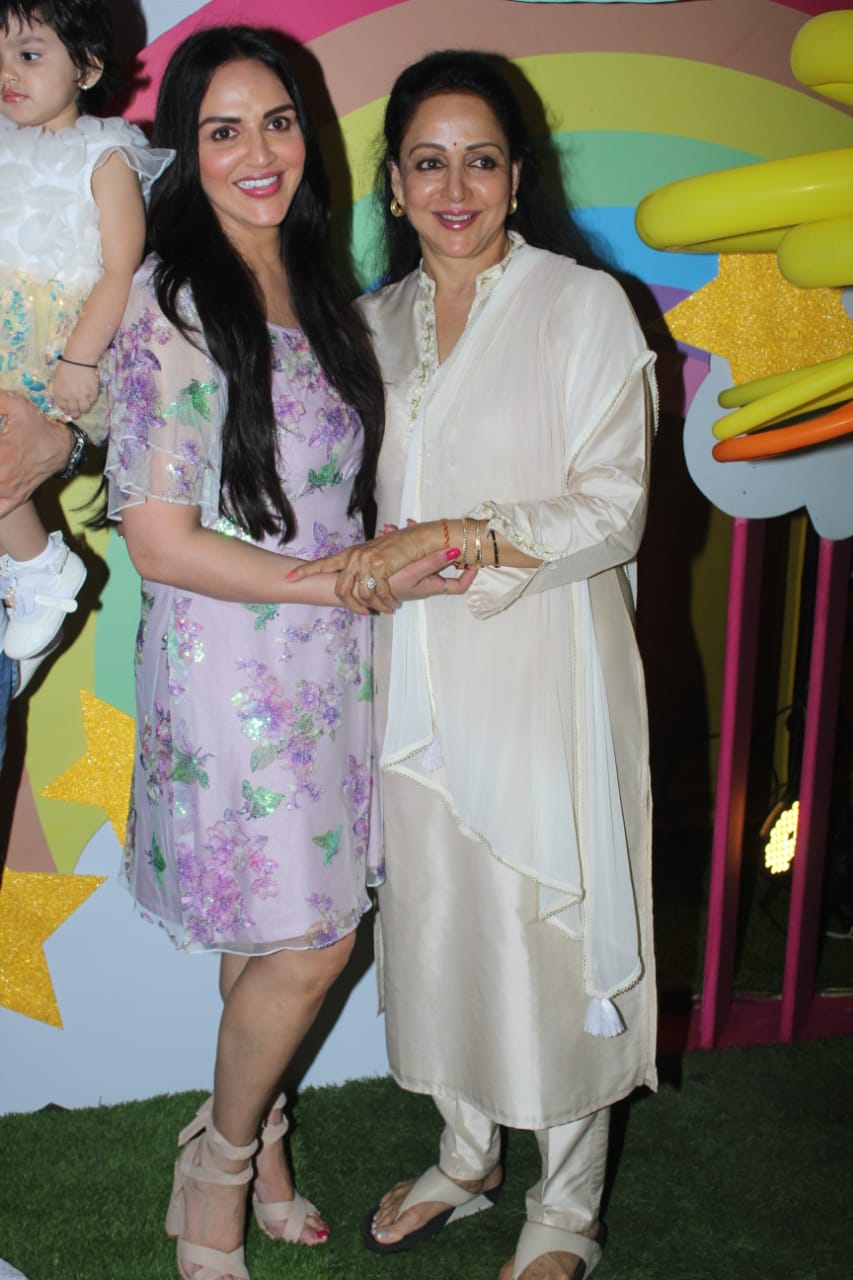 Here's another photo of the mother-daughter duo! 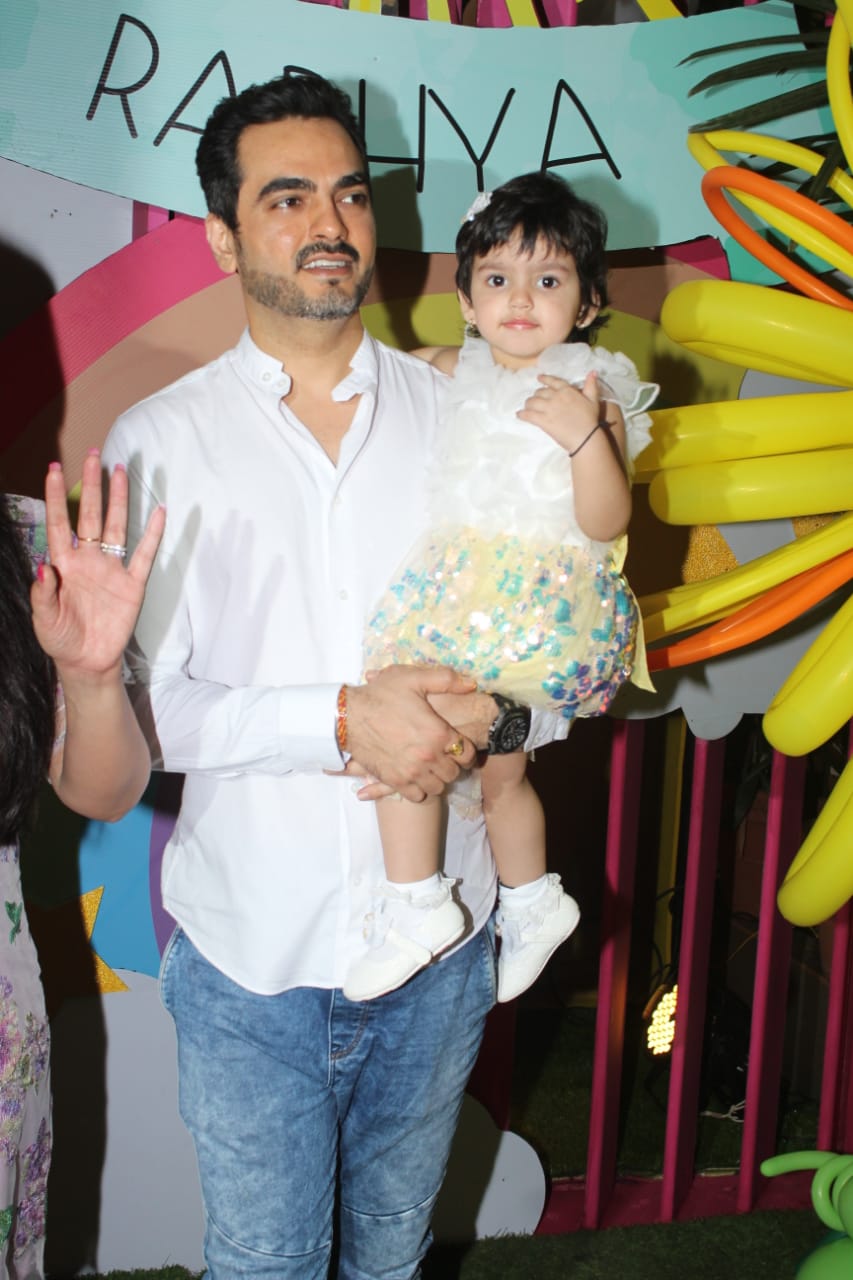 Daddy Bharat Takhtani posed happily along with his daughter and birthday girl Radhya. 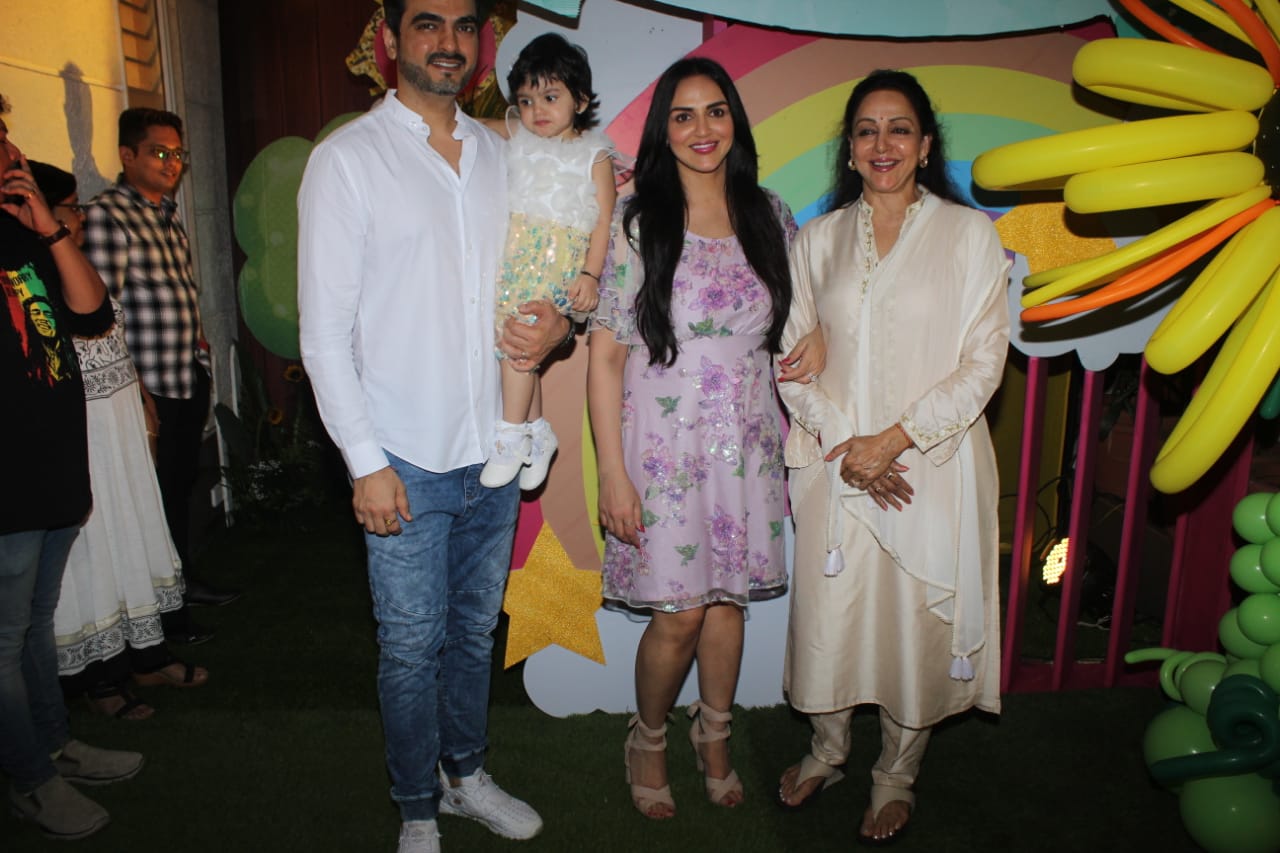 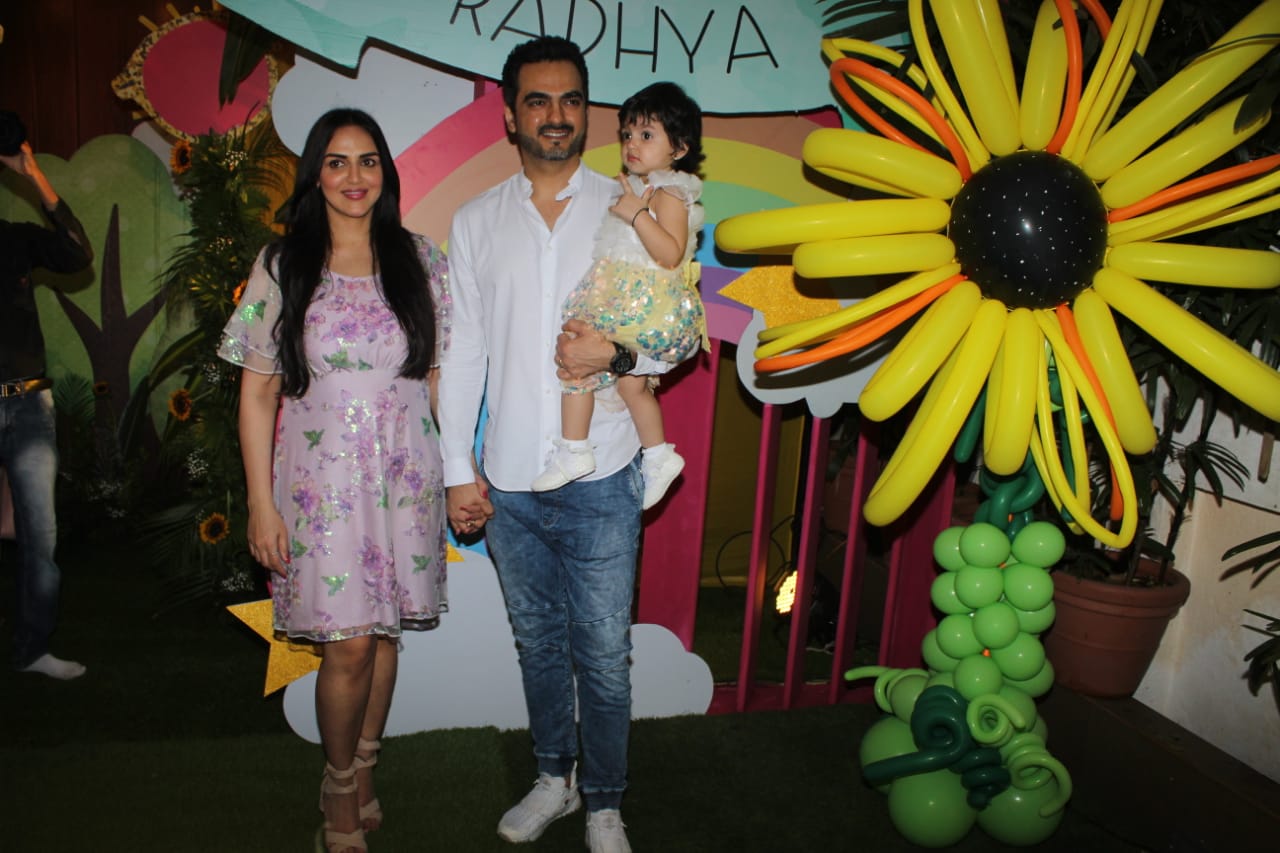 Esha tied the knot with hubby Bharat Takhtani in June 2012 and they became parents to Radhya in October 2017. 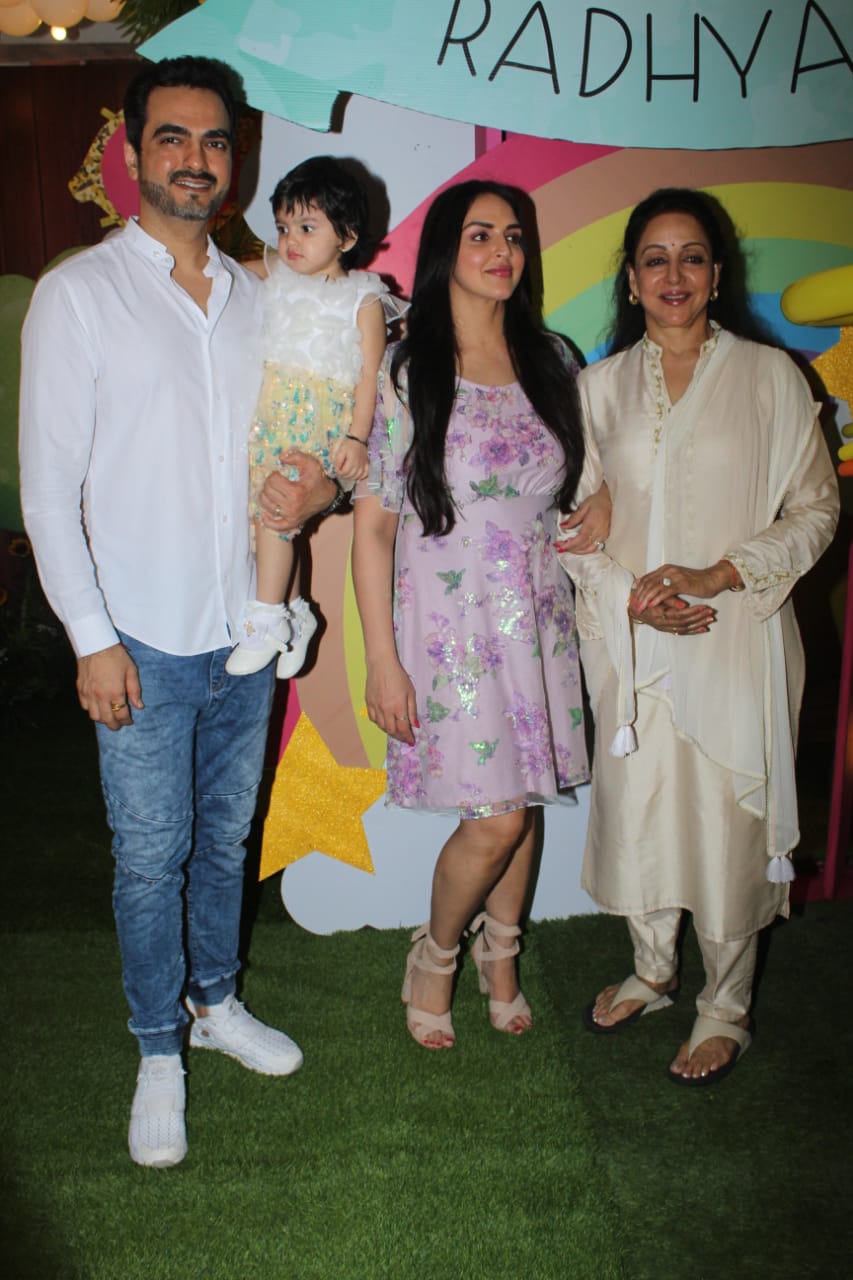 Esha, Bharat and Hema were all smiles while striking a pose for the cameras. 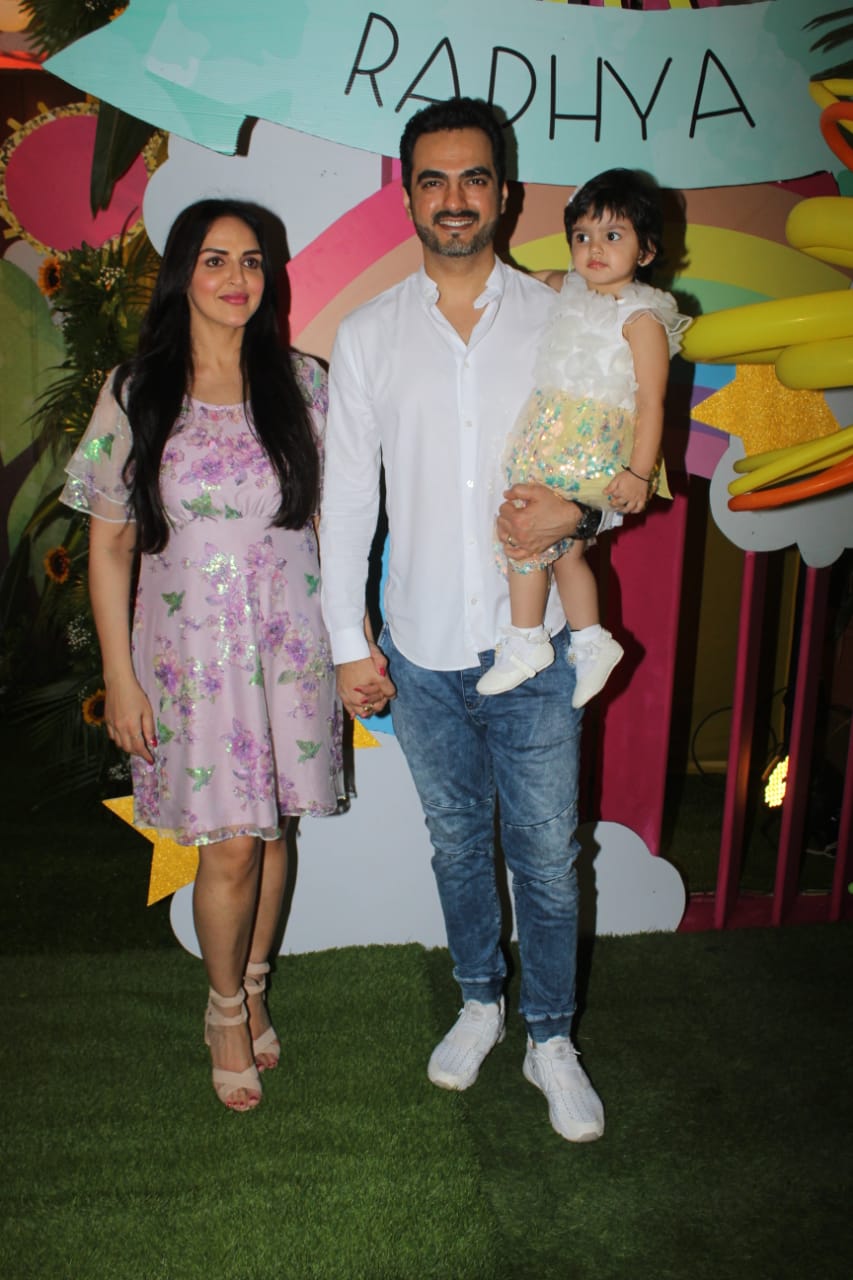 While mom Esha was seen in a sparkling outfit, daddy Bharat opted for white shirt and denims. 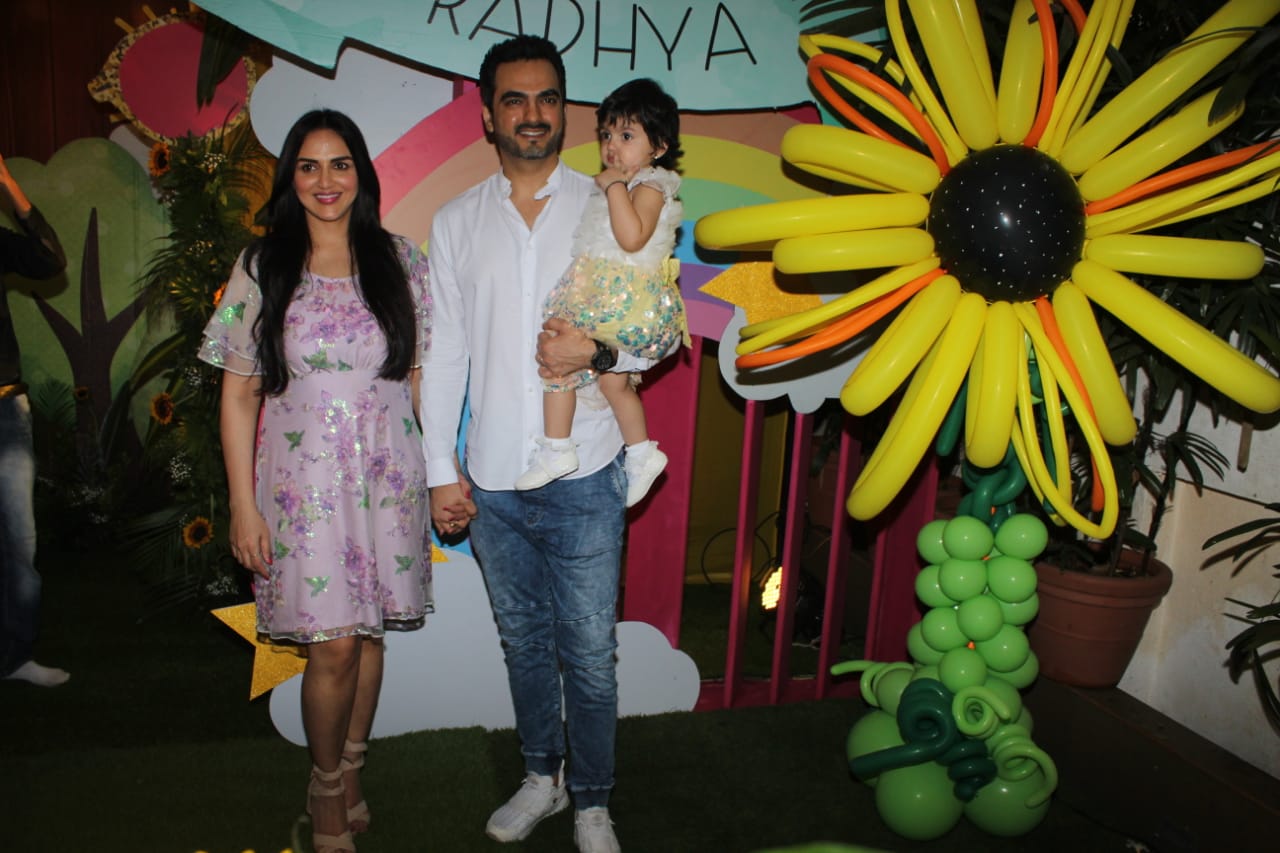 Our birthday girl Radhya was seen in a cute little frock. 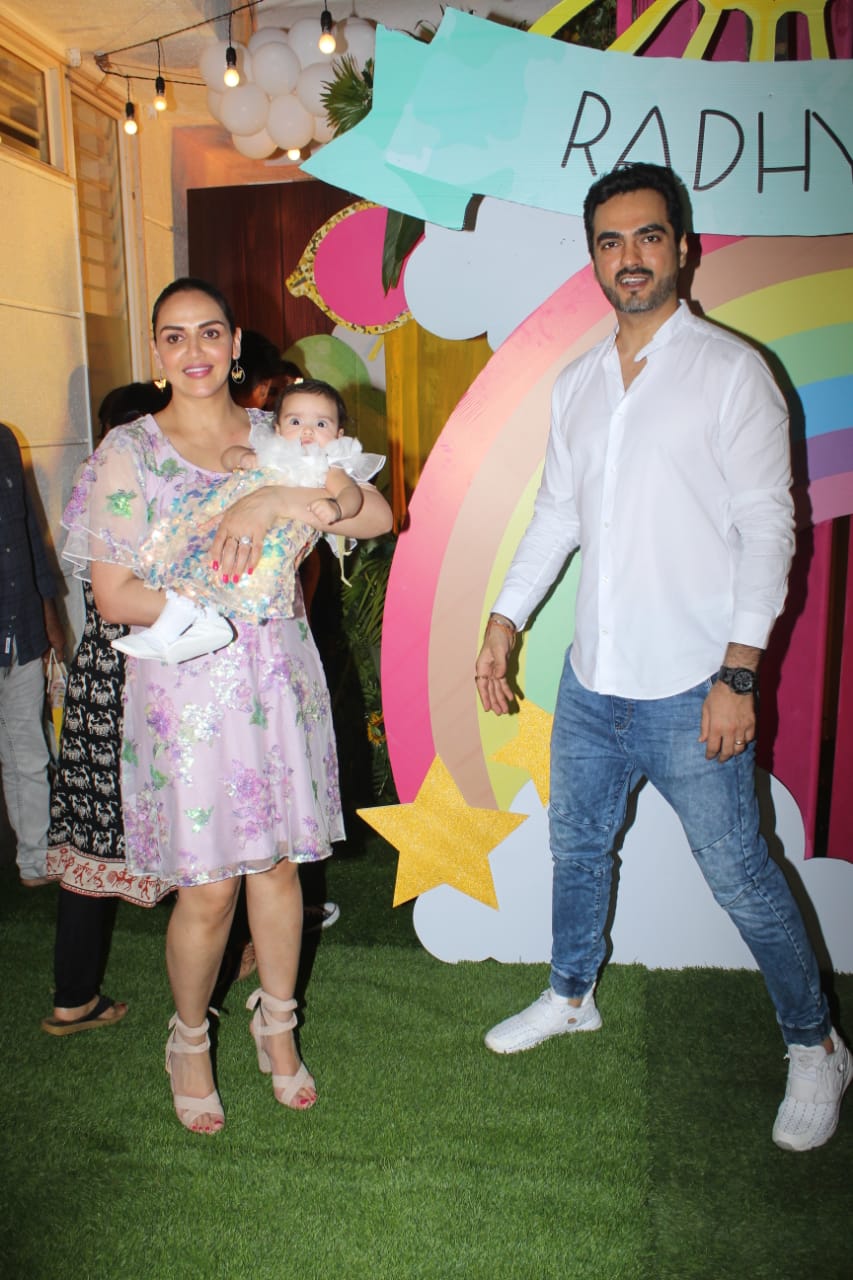 This is the first time the pictures of Esha Deol's daughter Miraya have circulated on social media. 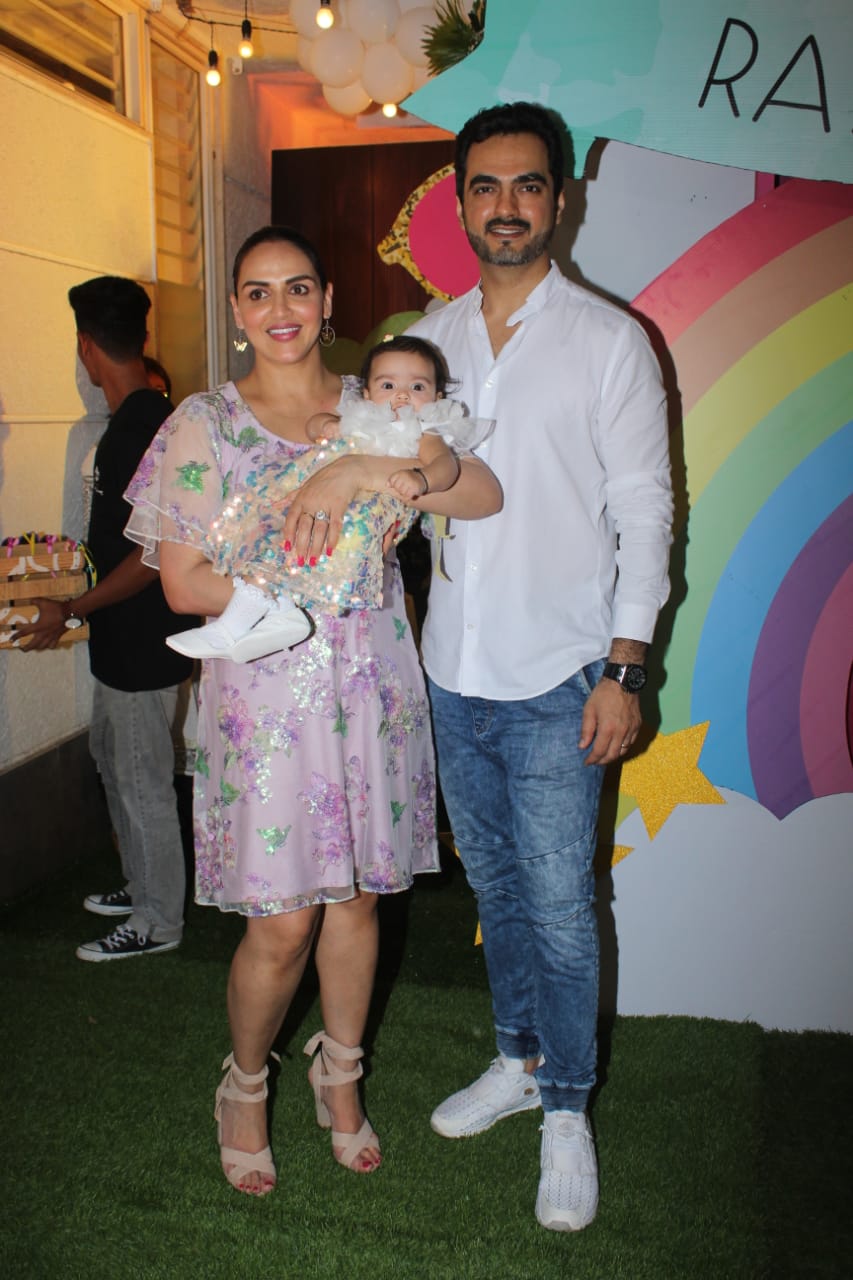 Here's a photo of Esha and Bharat with their daughter Miraya. (All PICS Credit- Manav Manglani)