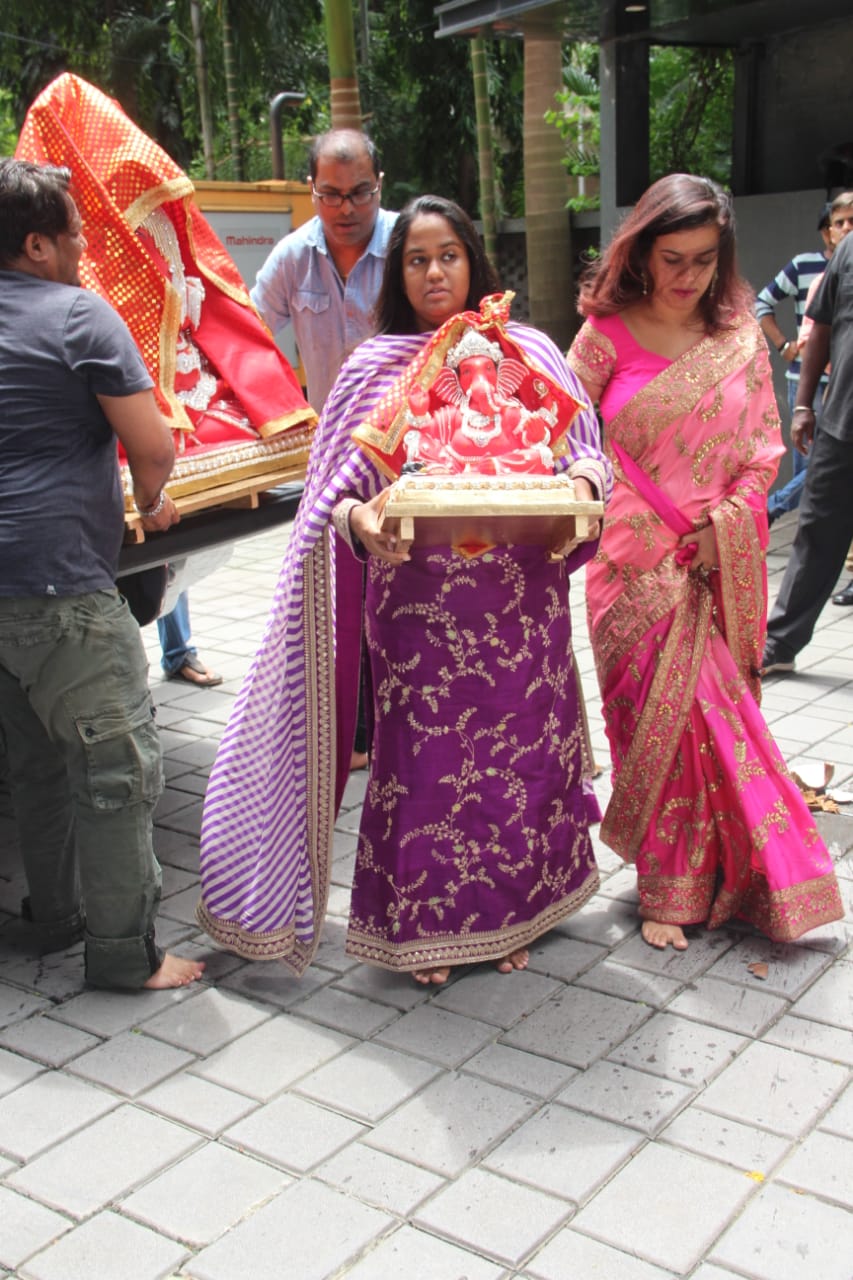 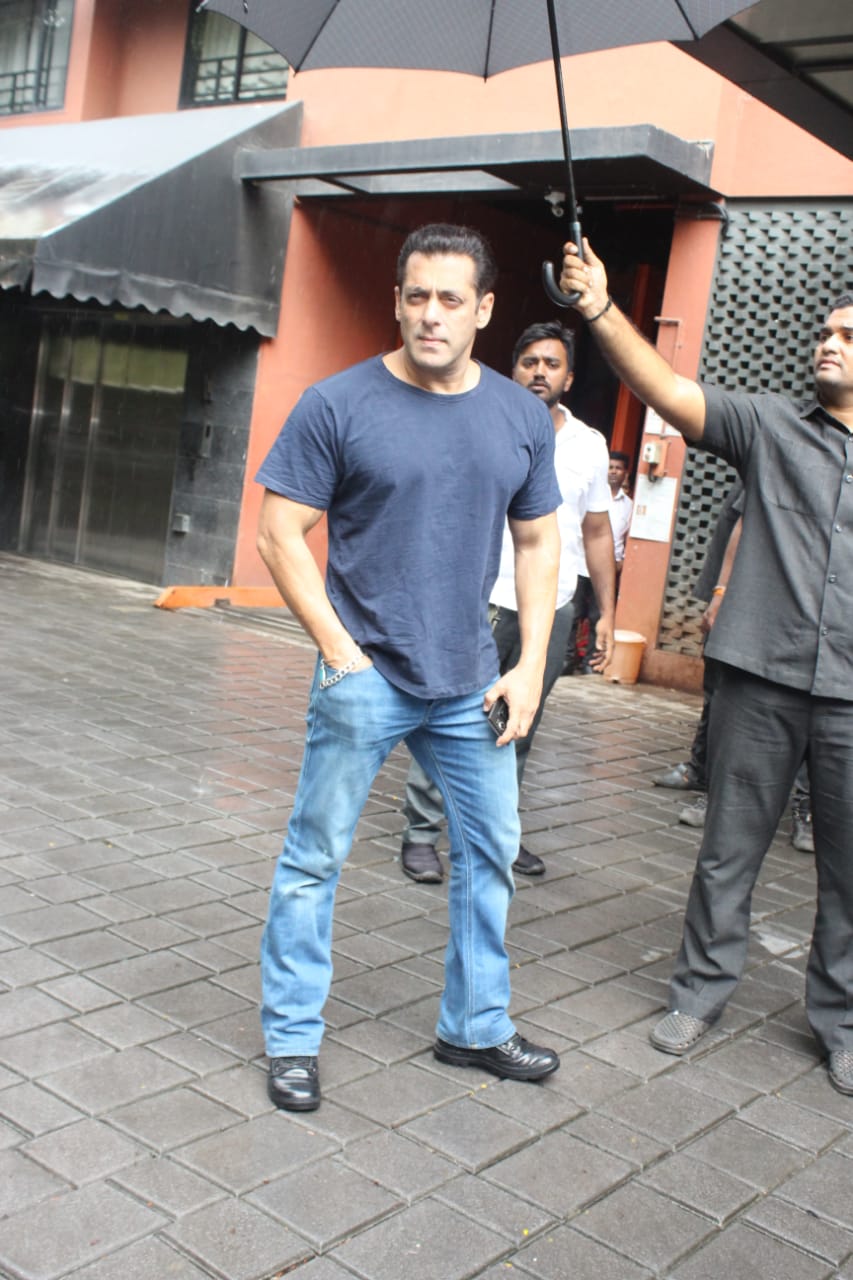 Salman Khan, who was last seen in ‘Bharat’ opposite Katrina Kaif, was spotted in a blue t-shirt and denims. 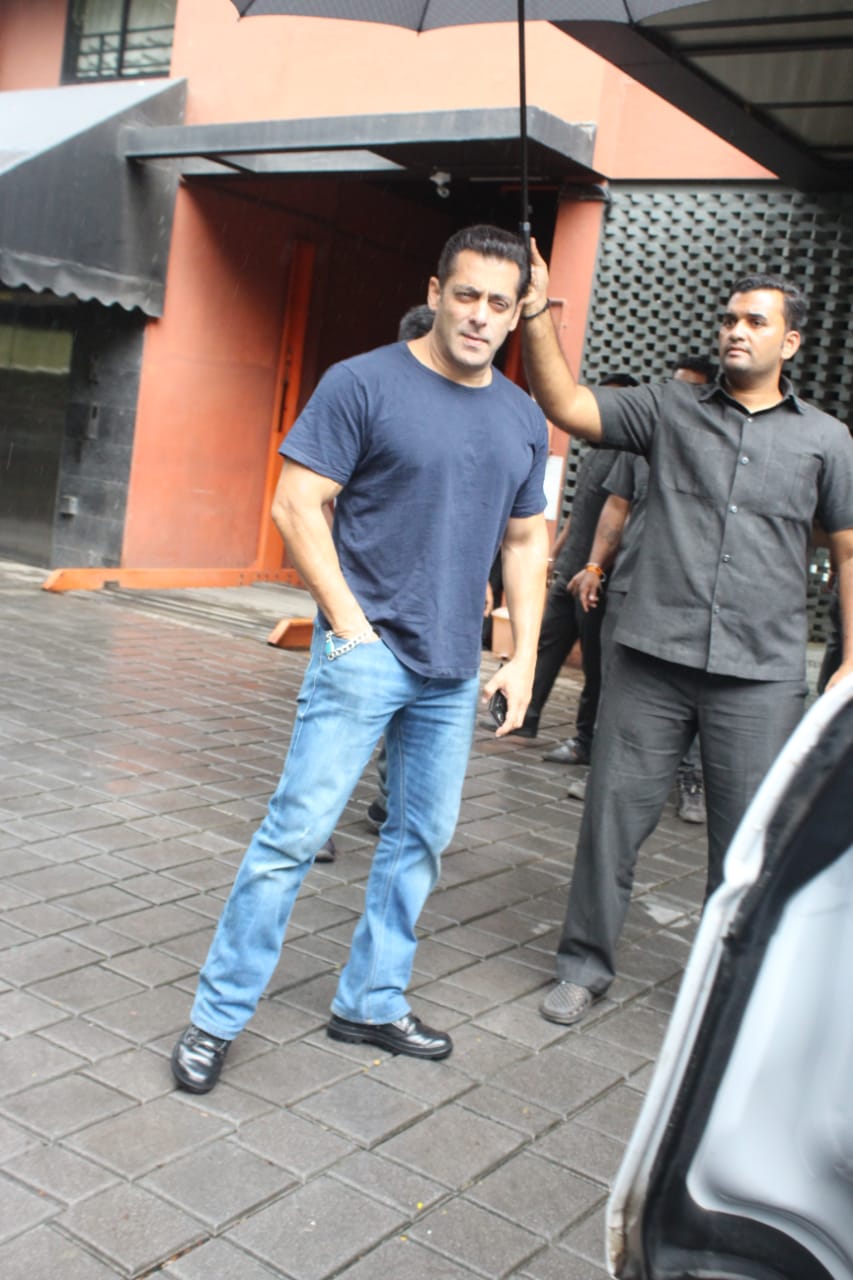 Salman, who is currently busy shooting for ‘Dabangg 3’, posed happily for the shutterbugs. 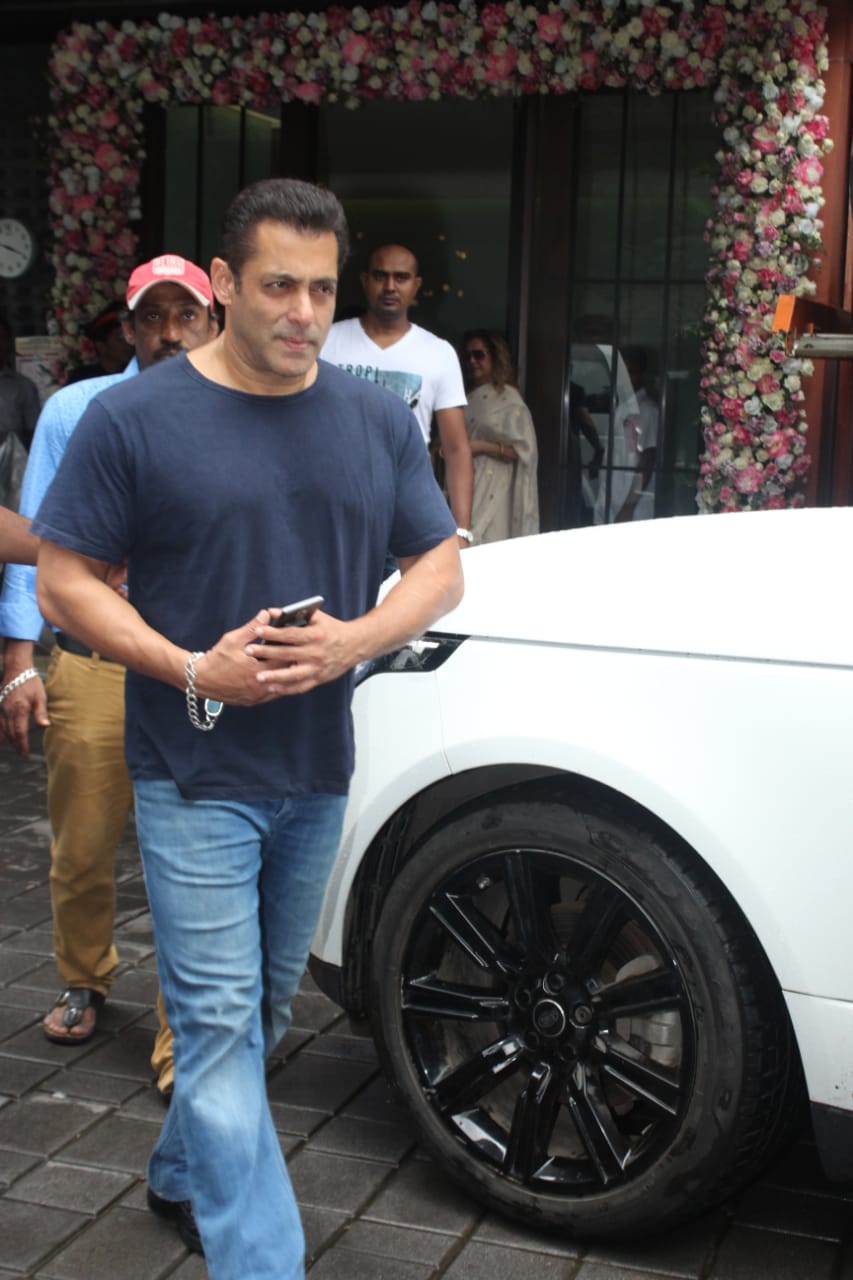 Since 2017, the Khan family has been celebrating Ganesh Chaturthi at Arpita Khan Sharma’s place. This year is no different. 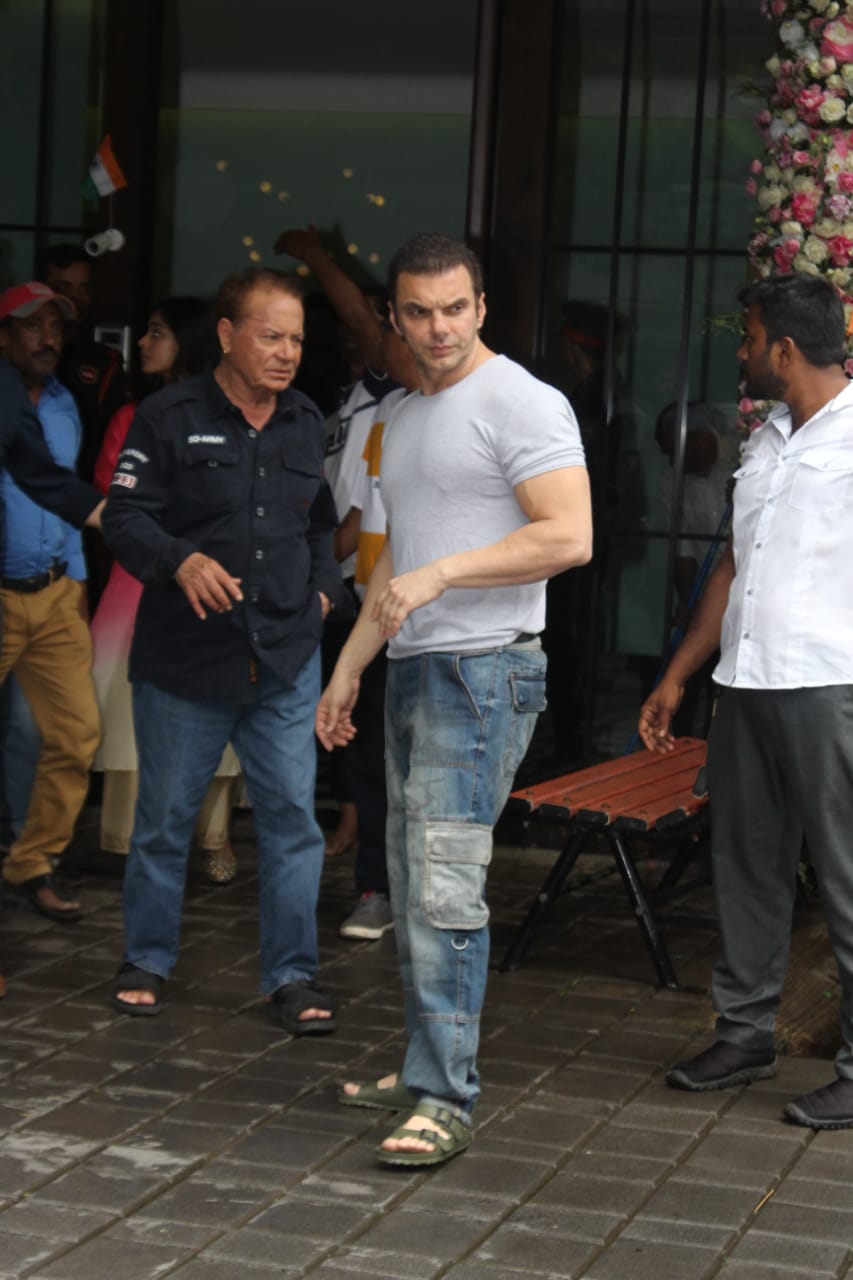 Salman Khan’s father Salim Khan was seen in an indigo shirt and denims. He was helped by his son Sohail Khan. Sohail Khan was spotted in a grey coloured t-shirt and jeans. 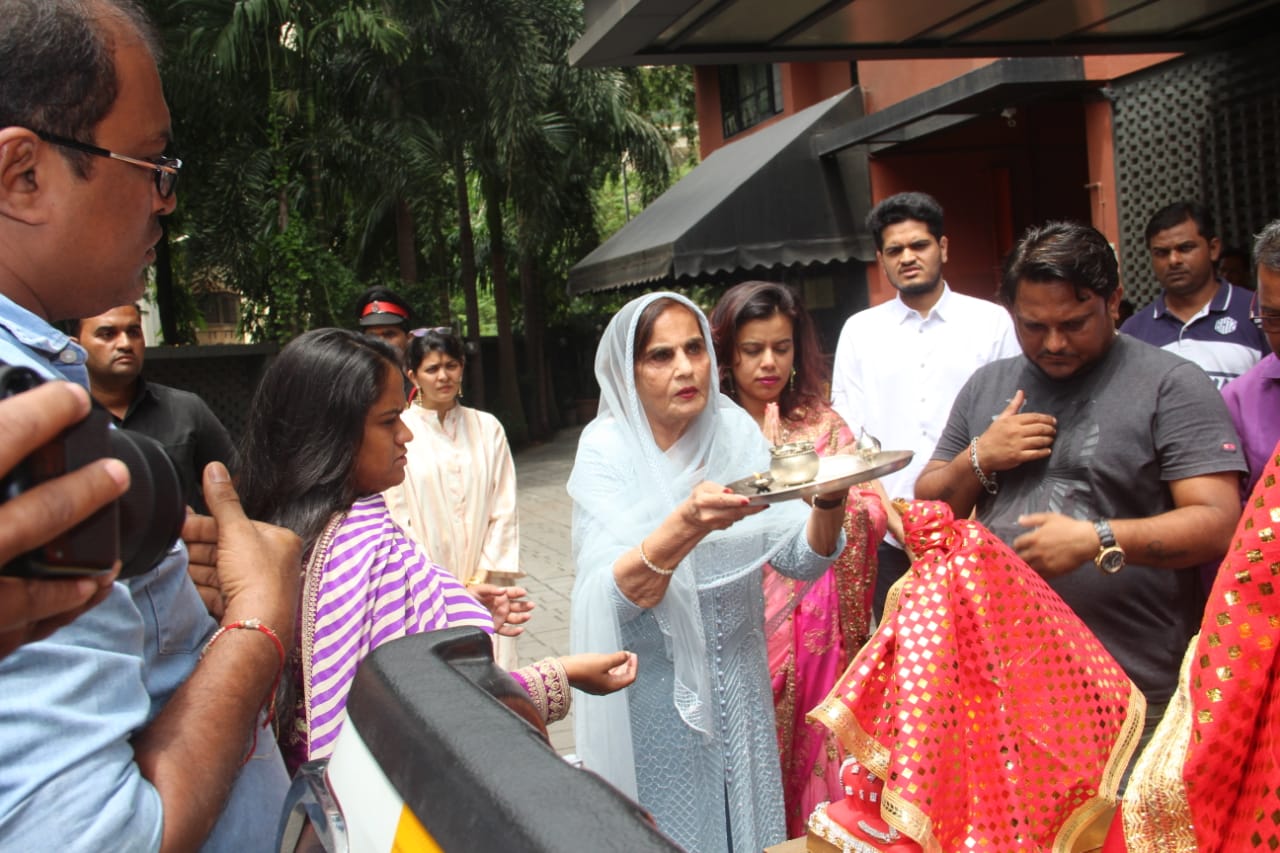 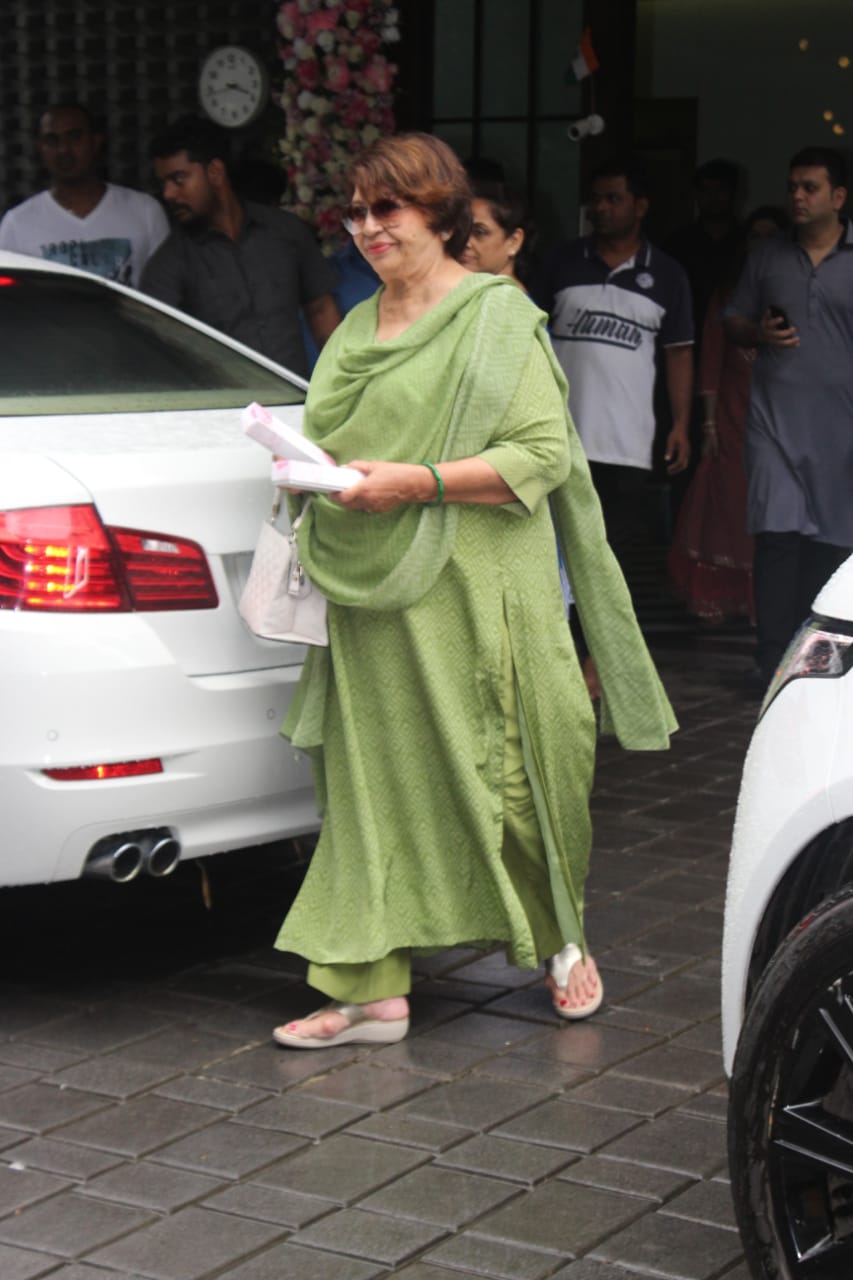 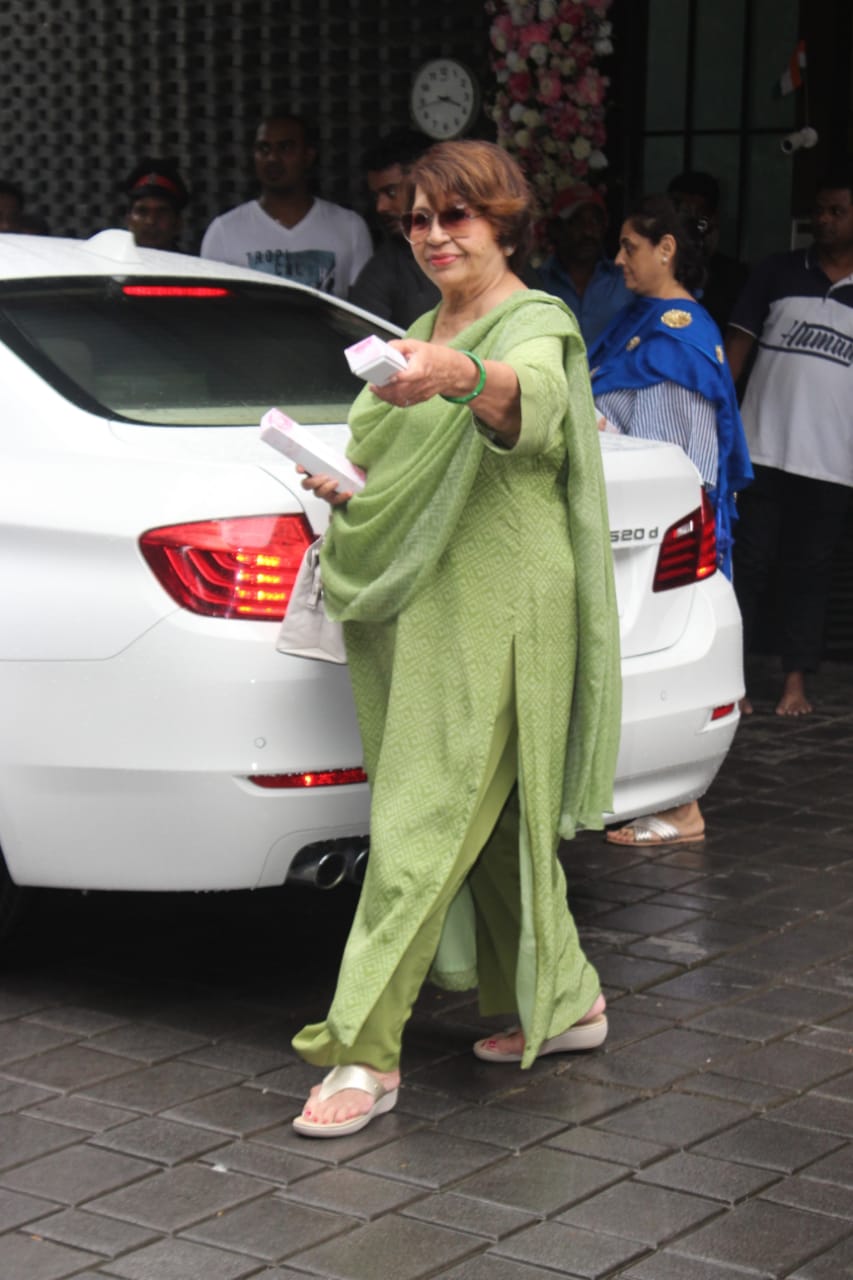 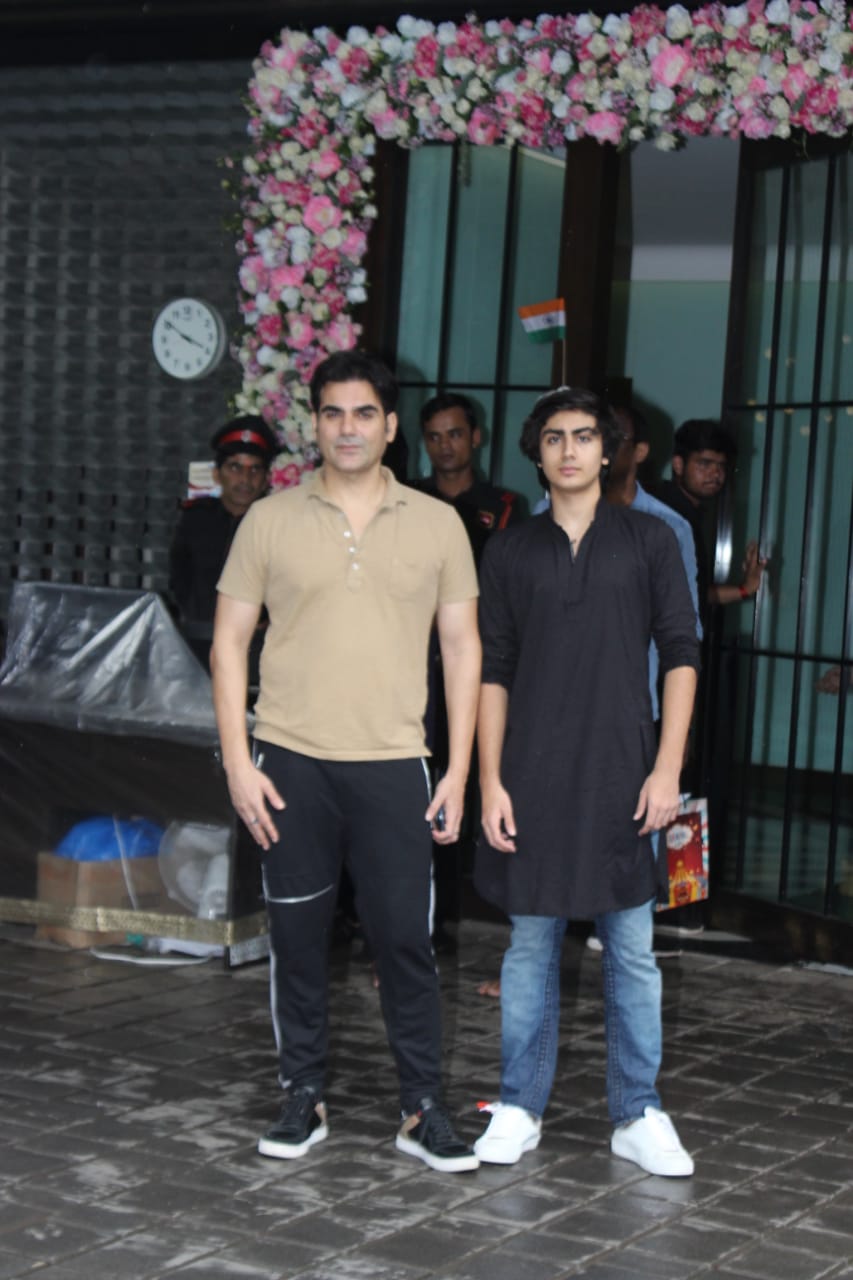 Arbaaz Khan attended the Ganesh Chaturthi celebrations with his son Arhaan Khan. The father-son duo posed for the paps at Arpita’s place. 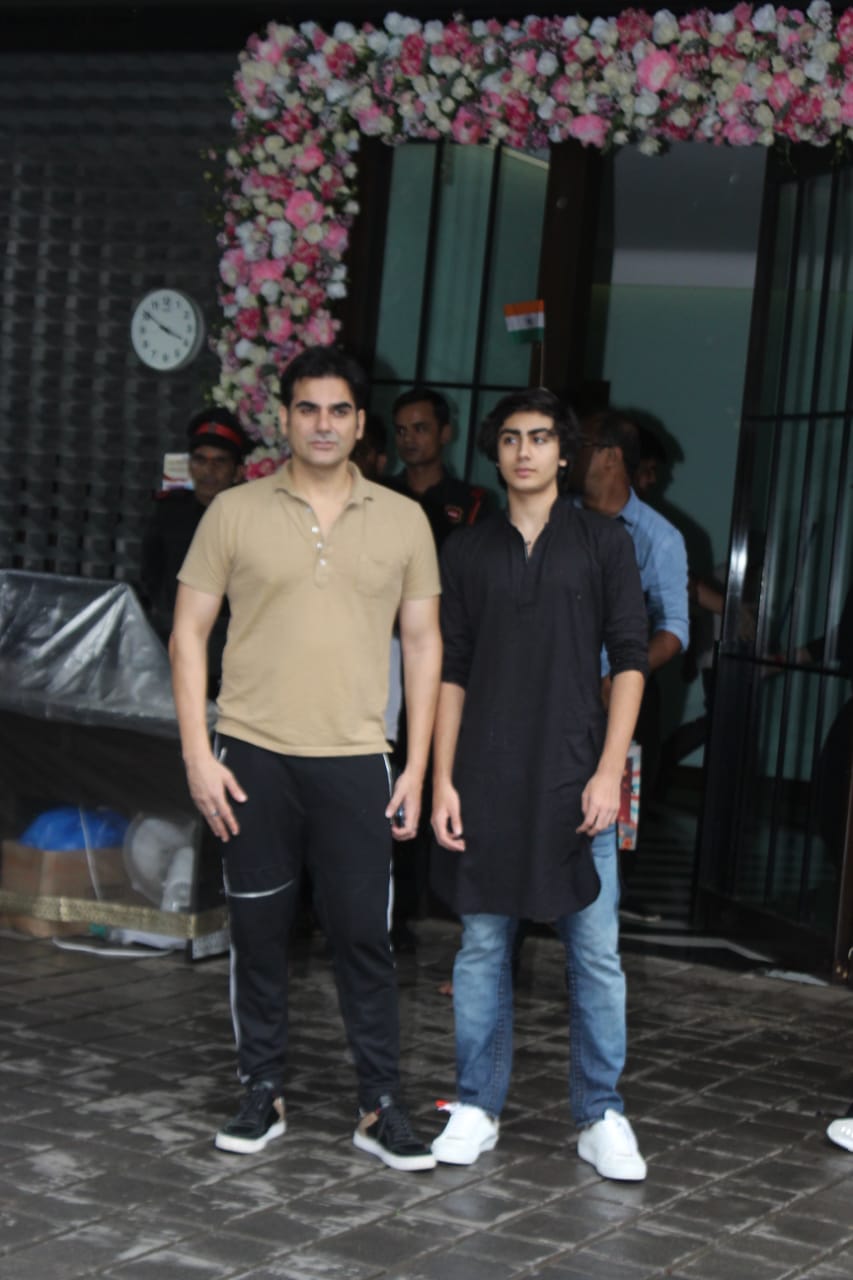 Arhaan was spotted in black kurta and blue jeans. 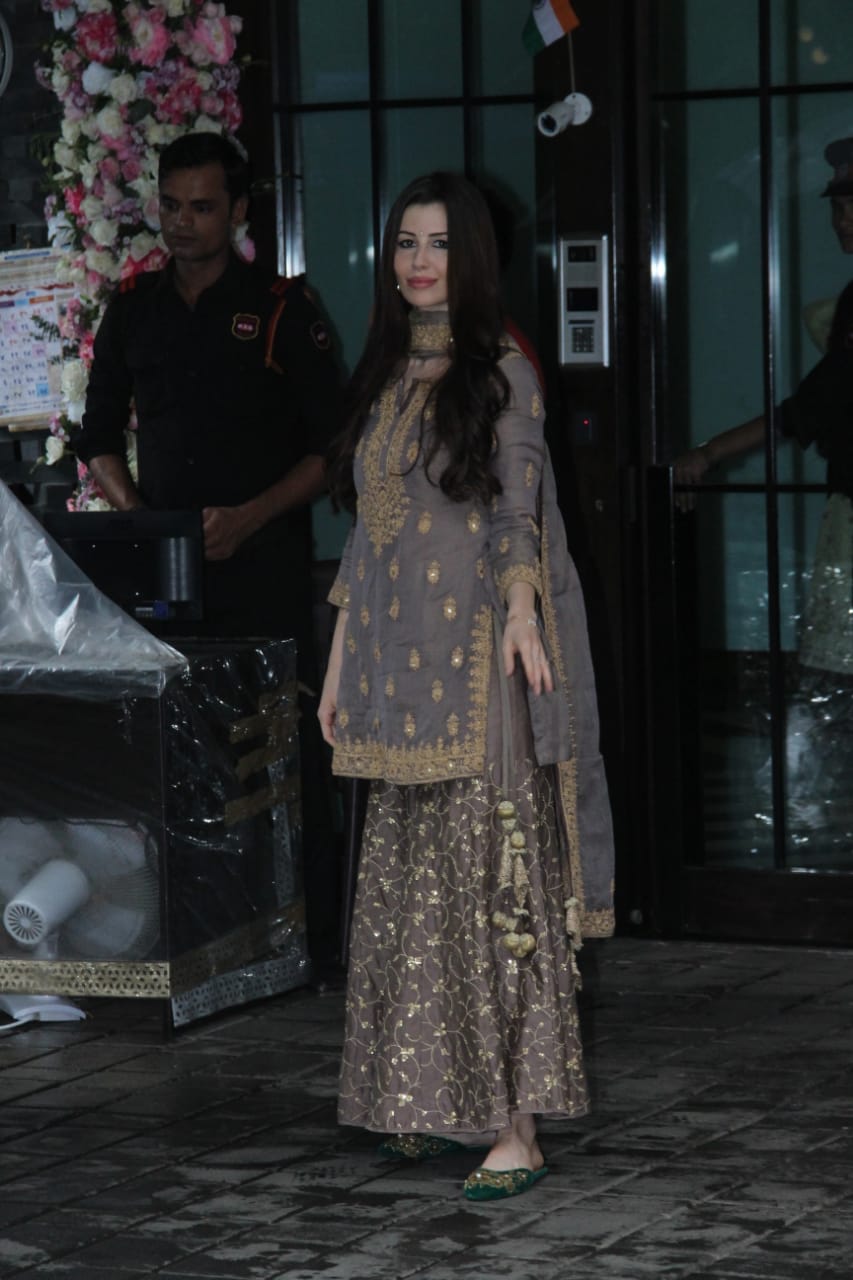 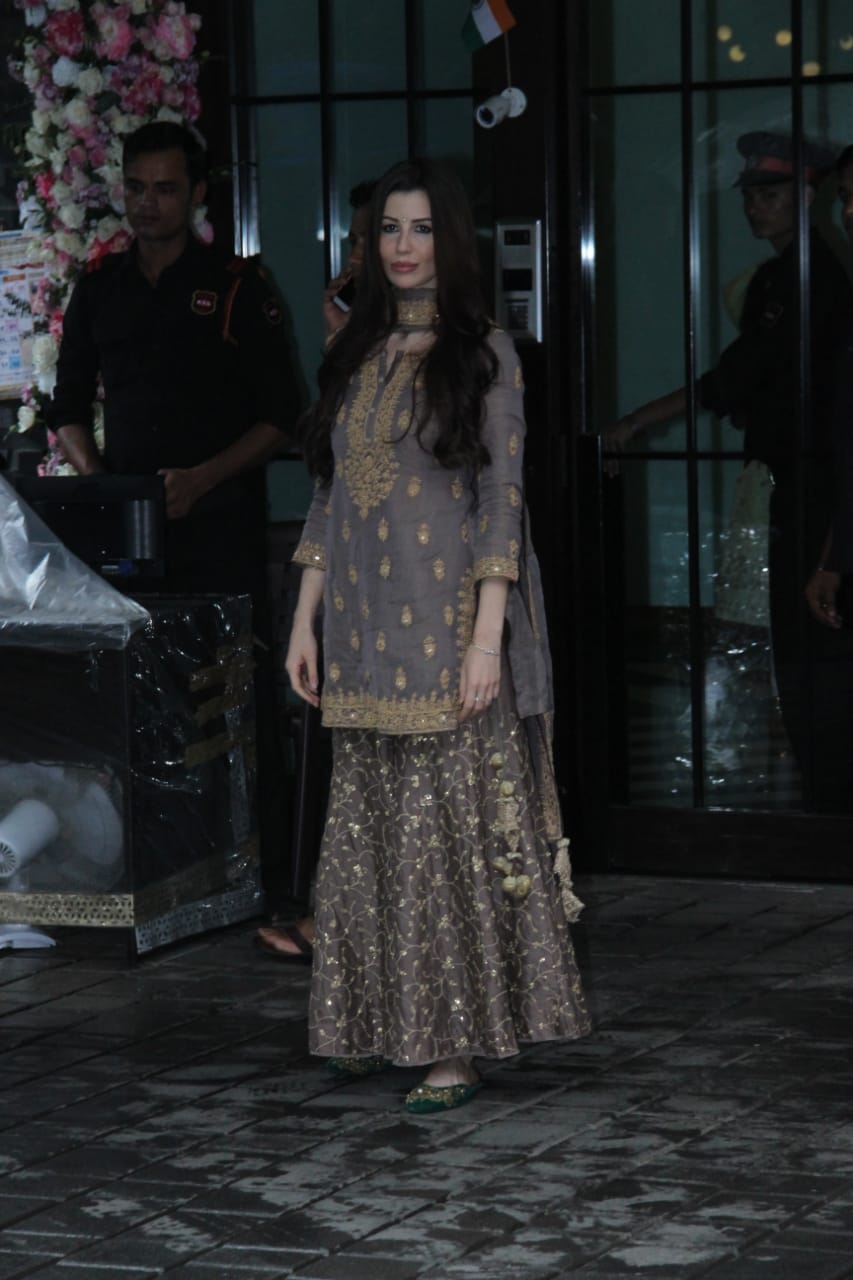 Giogria looked stunning in a traditional outfit as she arrived for Ganpati darshan.