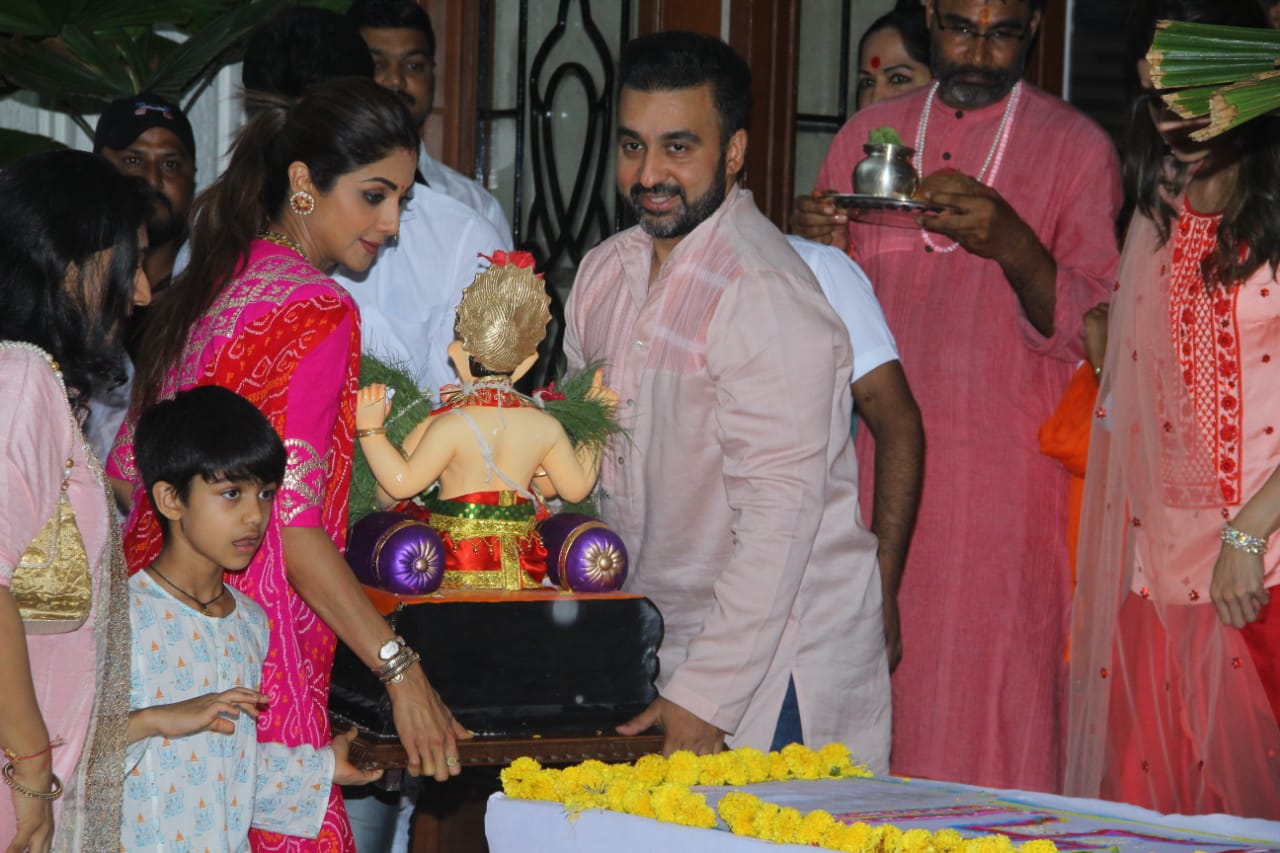 Bollywood actress Shilpa Shetty and her husband Raj Kundra welcomed Lord Ganesha into their house on Sunday (September 1). The couple celebrated the festival of Ganesh Chaturthi with full fervor and enthusiasm. 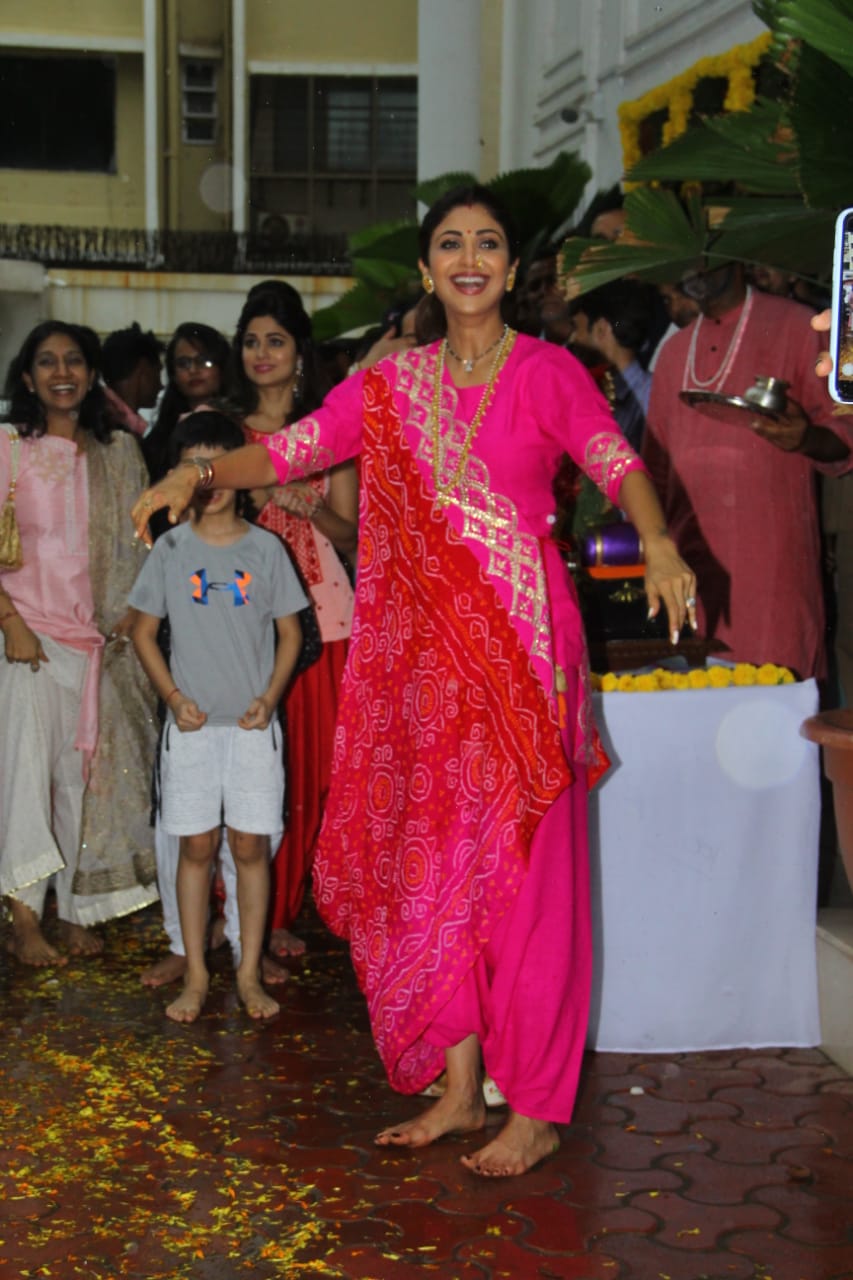 After keeping their Ganpati Bappa for one day at their place, Shilpa Shetty and her family said goodbye to him on Tuesday (September 3). Scroll down to see the visarjan pictures. 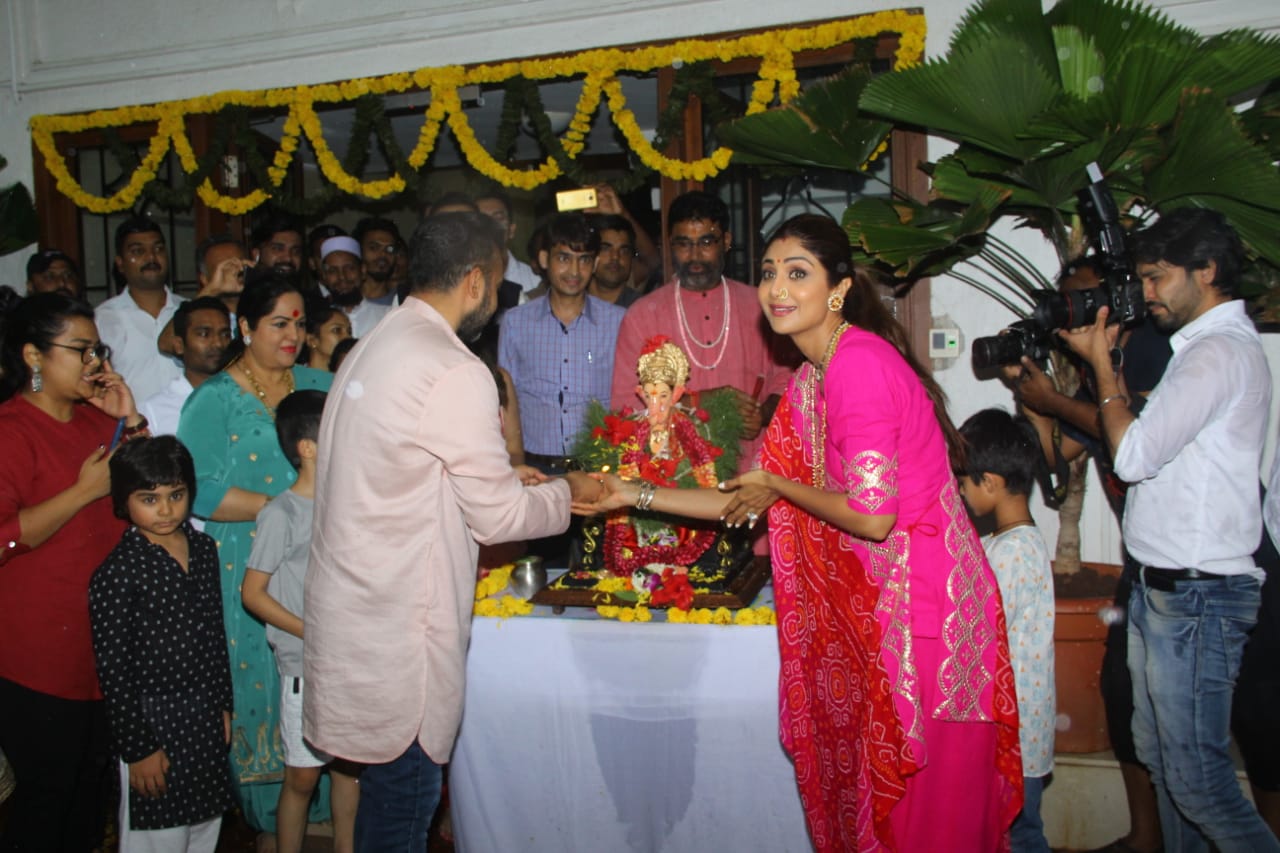 Shilpa Shetty, who looked beautiful as ever in a pink traditional outfit, performed the aarti with her husband Raj Kundra before the visarjan. 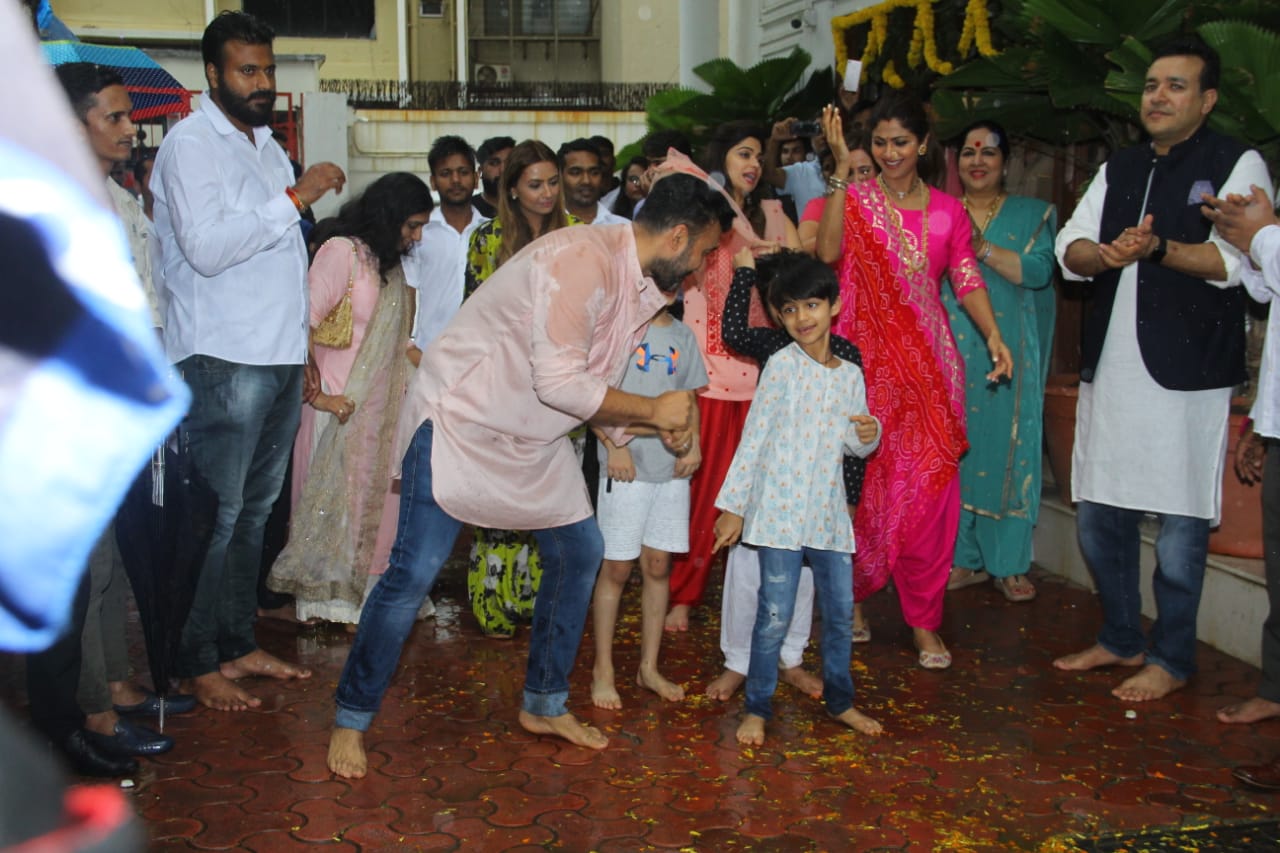 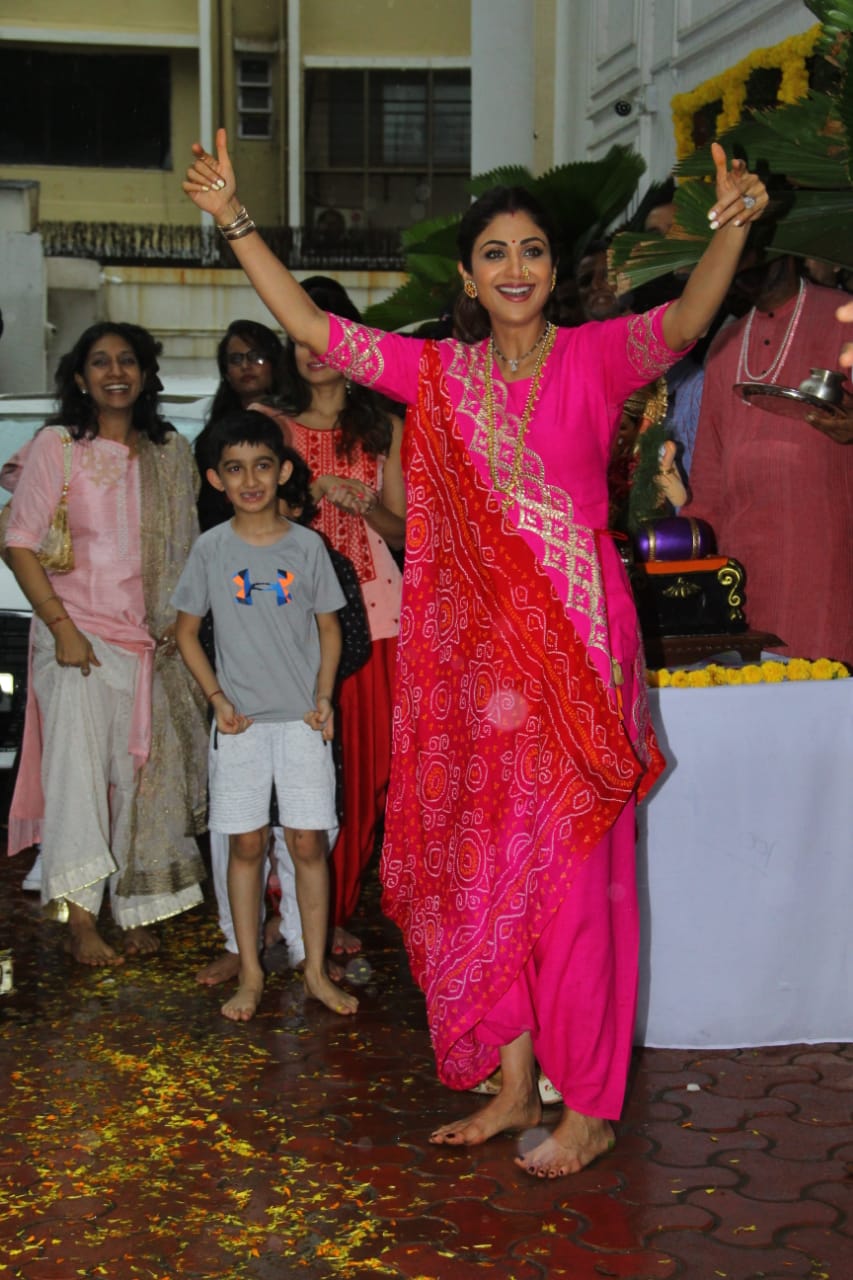 Shilpa Shetty was beaming with joy as she bid adieu to her Ganpati Bappa. 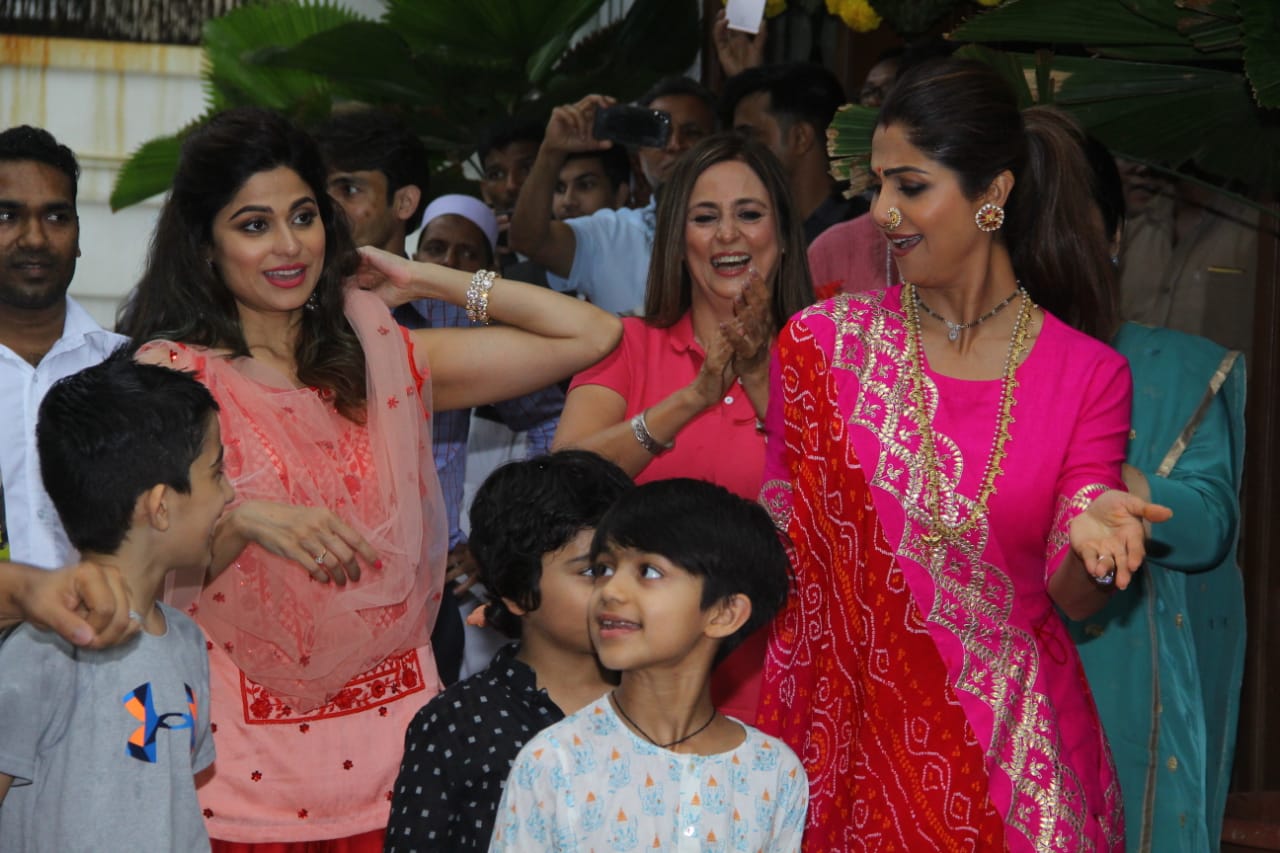 The ‘Life In A Metro’ actress danced her hearts out at the visarjan ceremony. 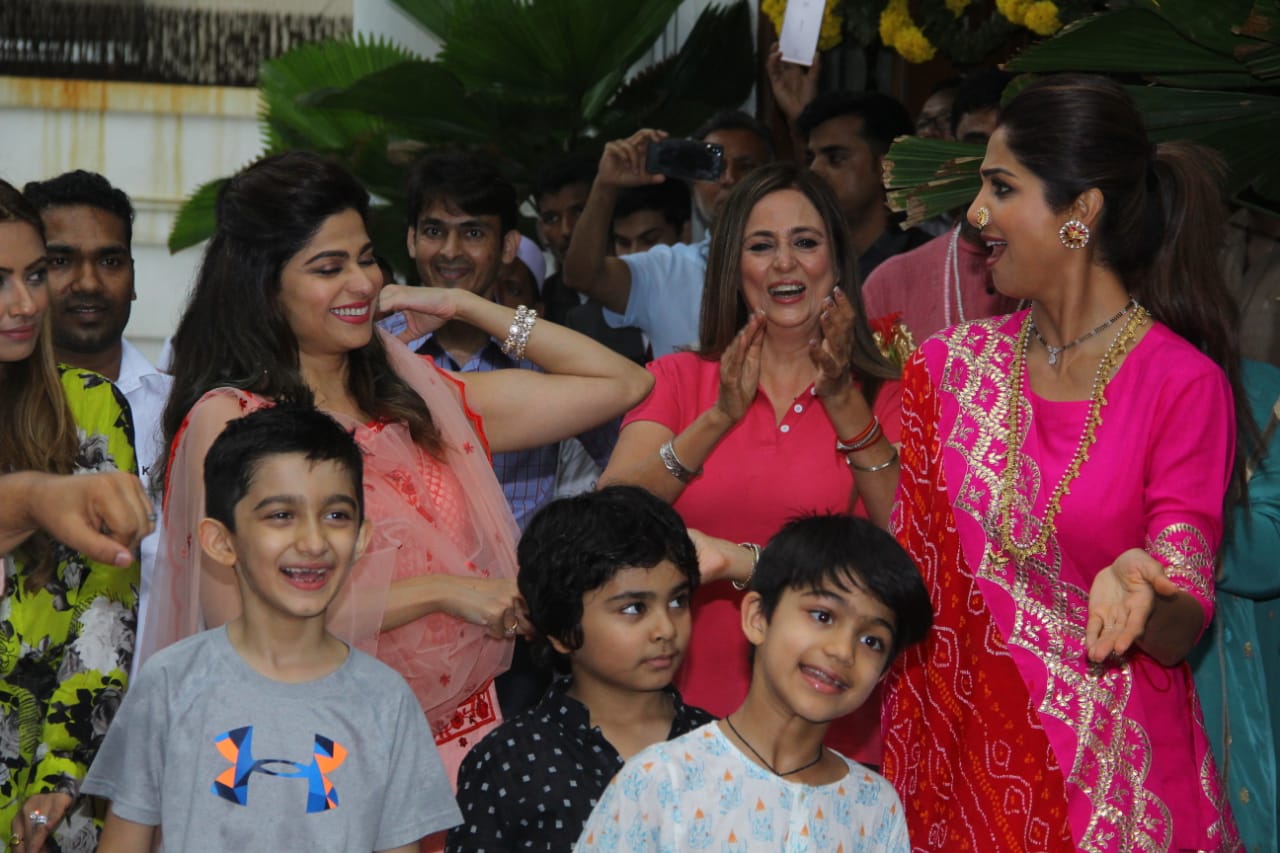 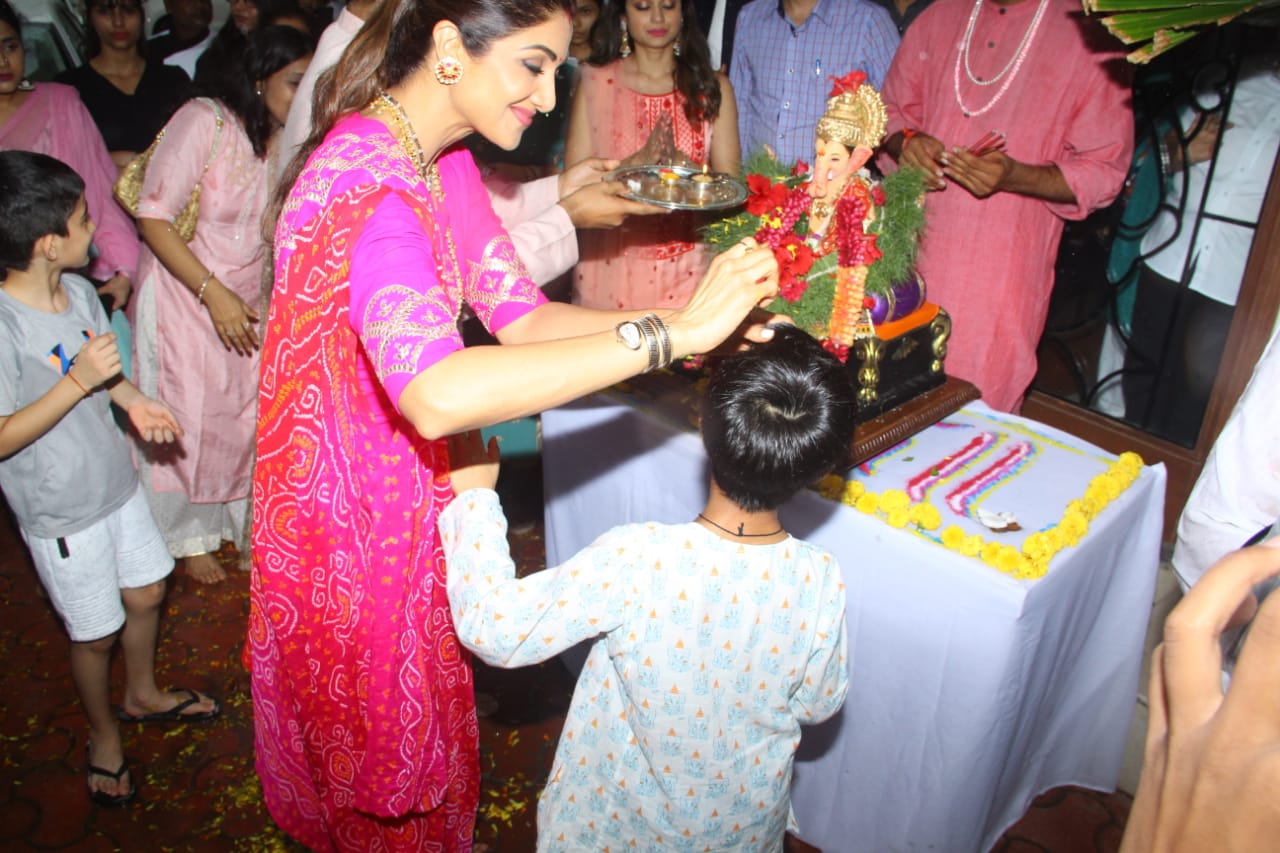 Ganesh Chaturthi is one of the most-awaited festivals in India as devotees get to welcome Lord Ganesha into their homes. Here’s a cute photo of Shilpa Shetty and her son Viaan Raj Kundra. 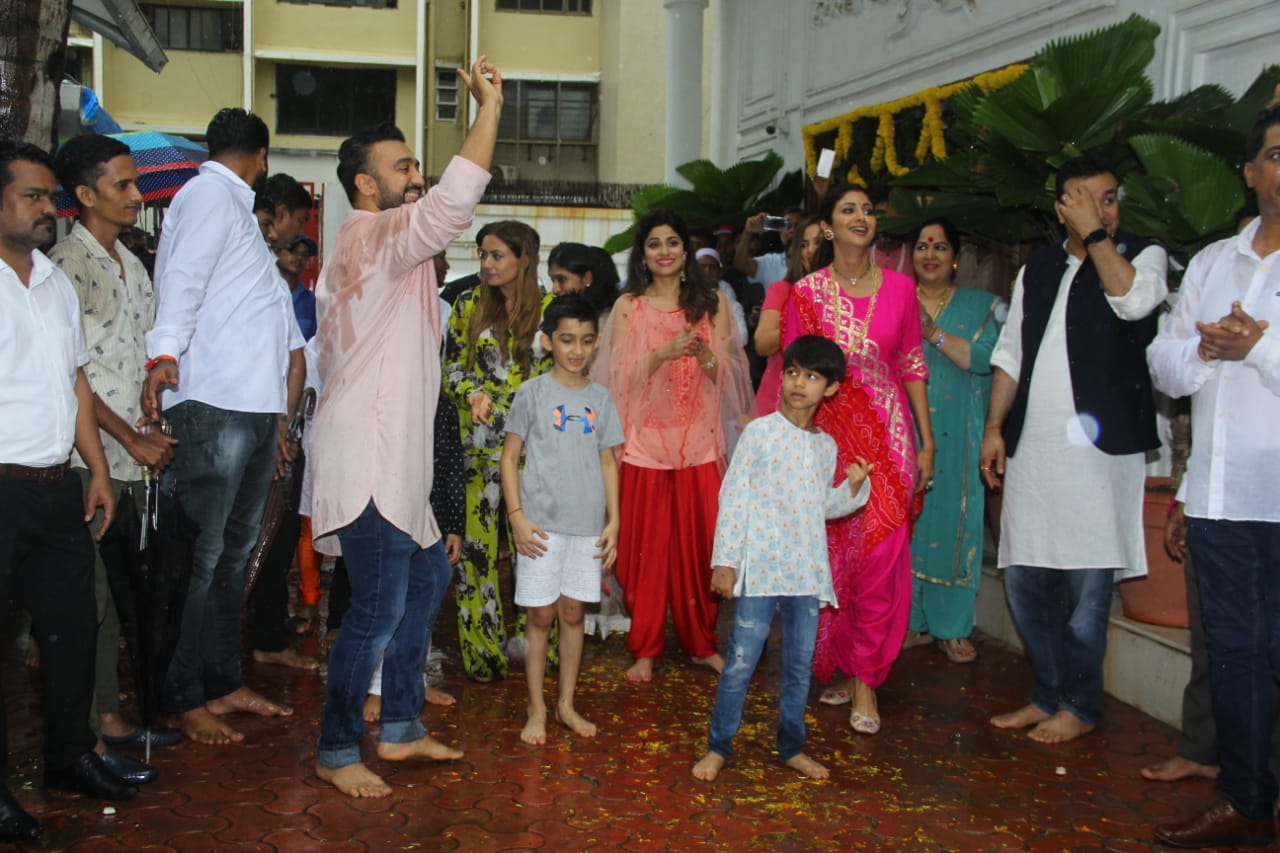 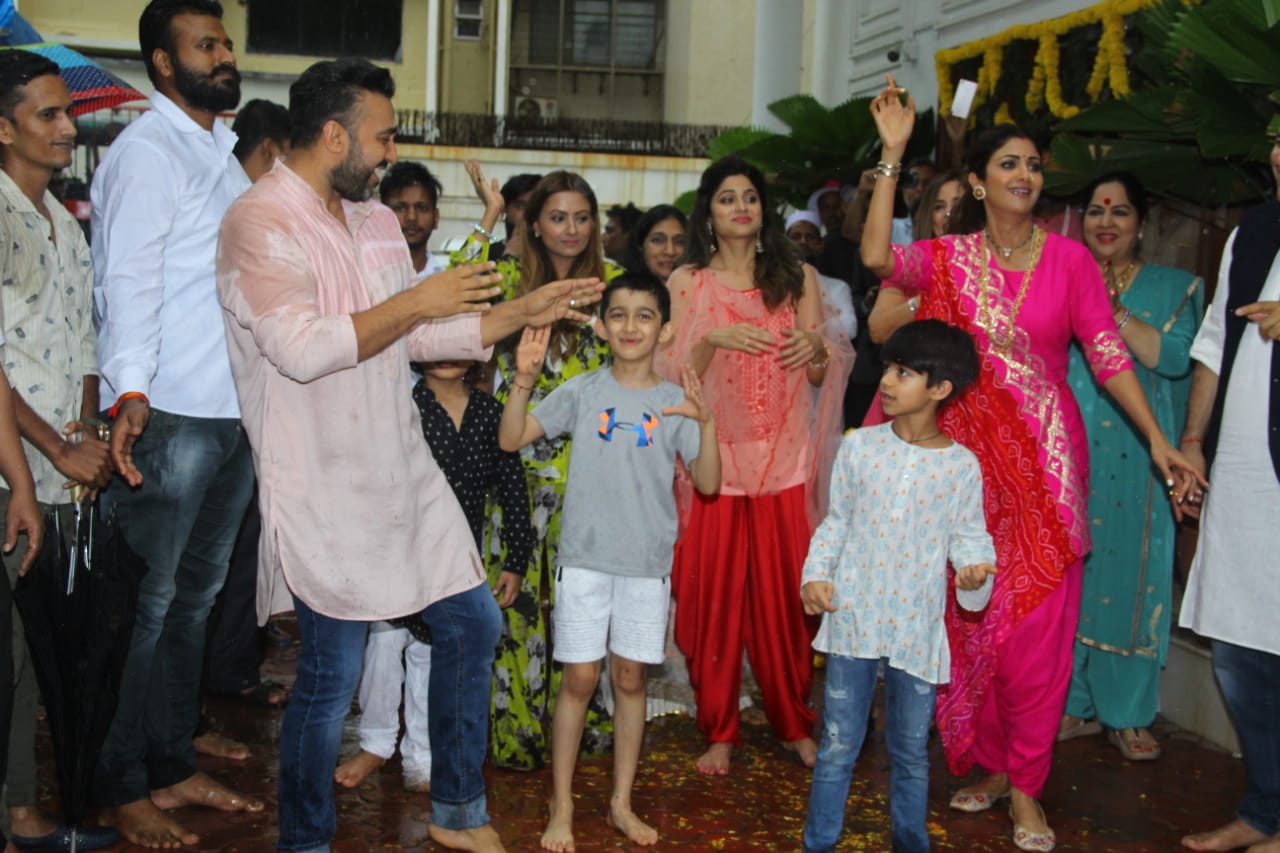 The happiness and joy on Shilpa Shetty’s face is easily visible in the photos, isn’t it? 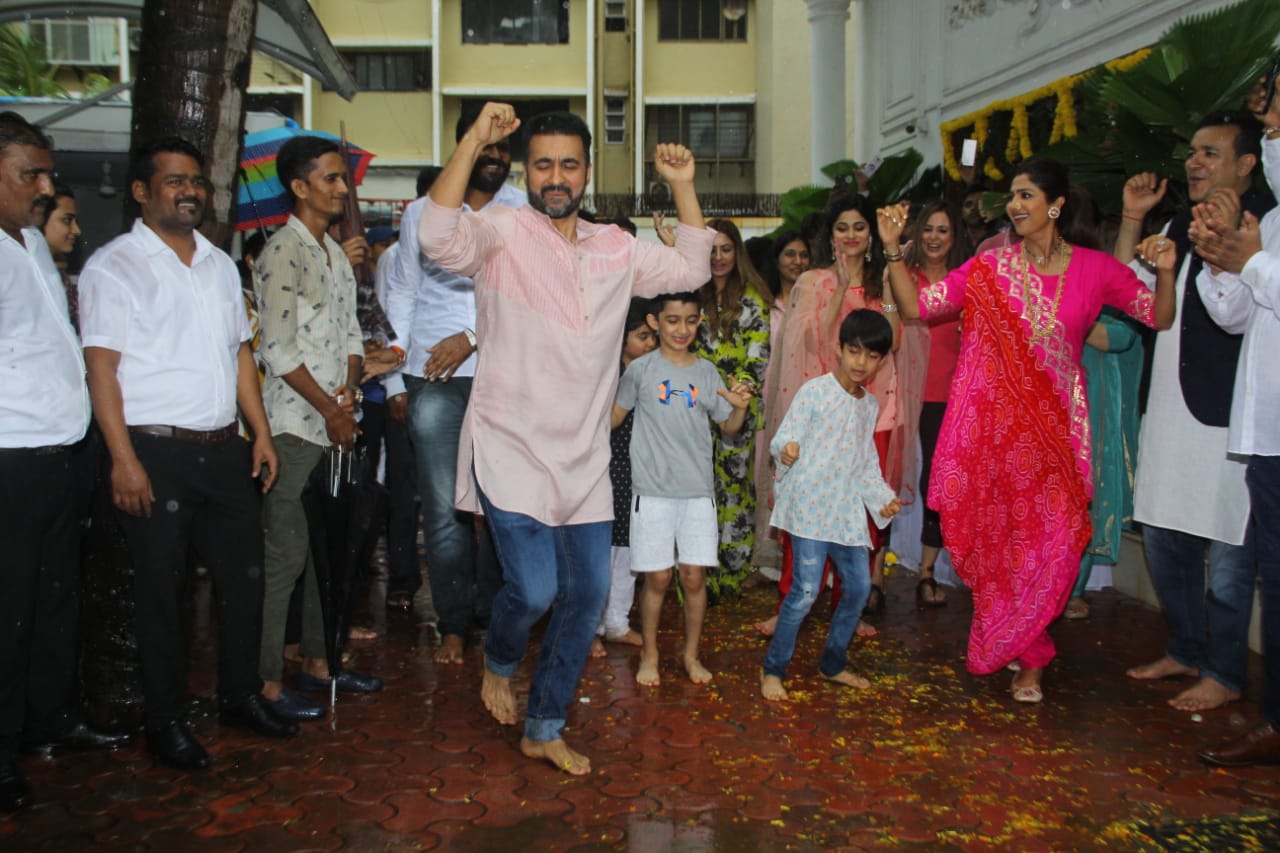 Here’s a photo in which Shilpa Shetty and Raj Kundra can be seen doing Anil Kapoor’s signature dance step. 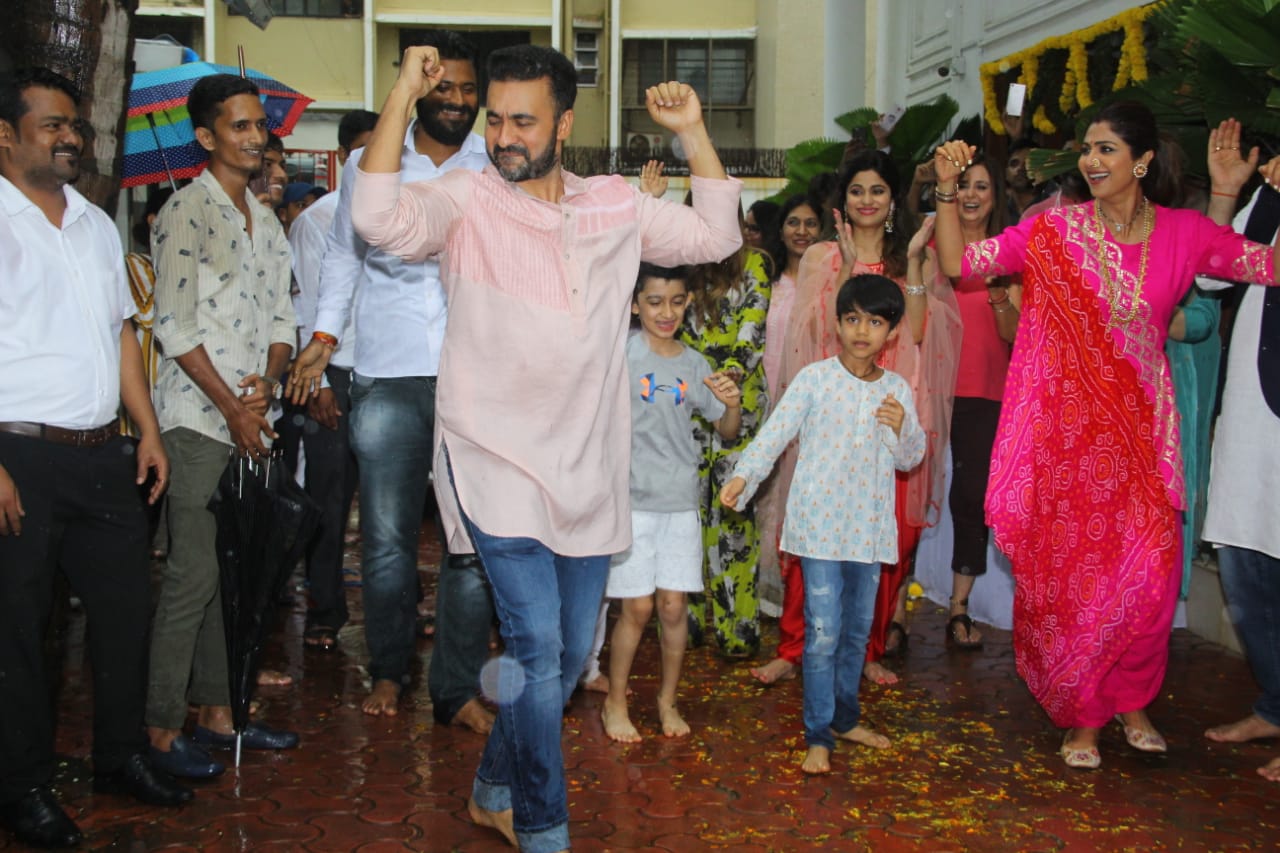 Shilpa and Raj even danced together along with son Viaan before saying goodbye to Bappa. Raj Kundra was spotted in a traditional kurta for the visarjan ceremony. 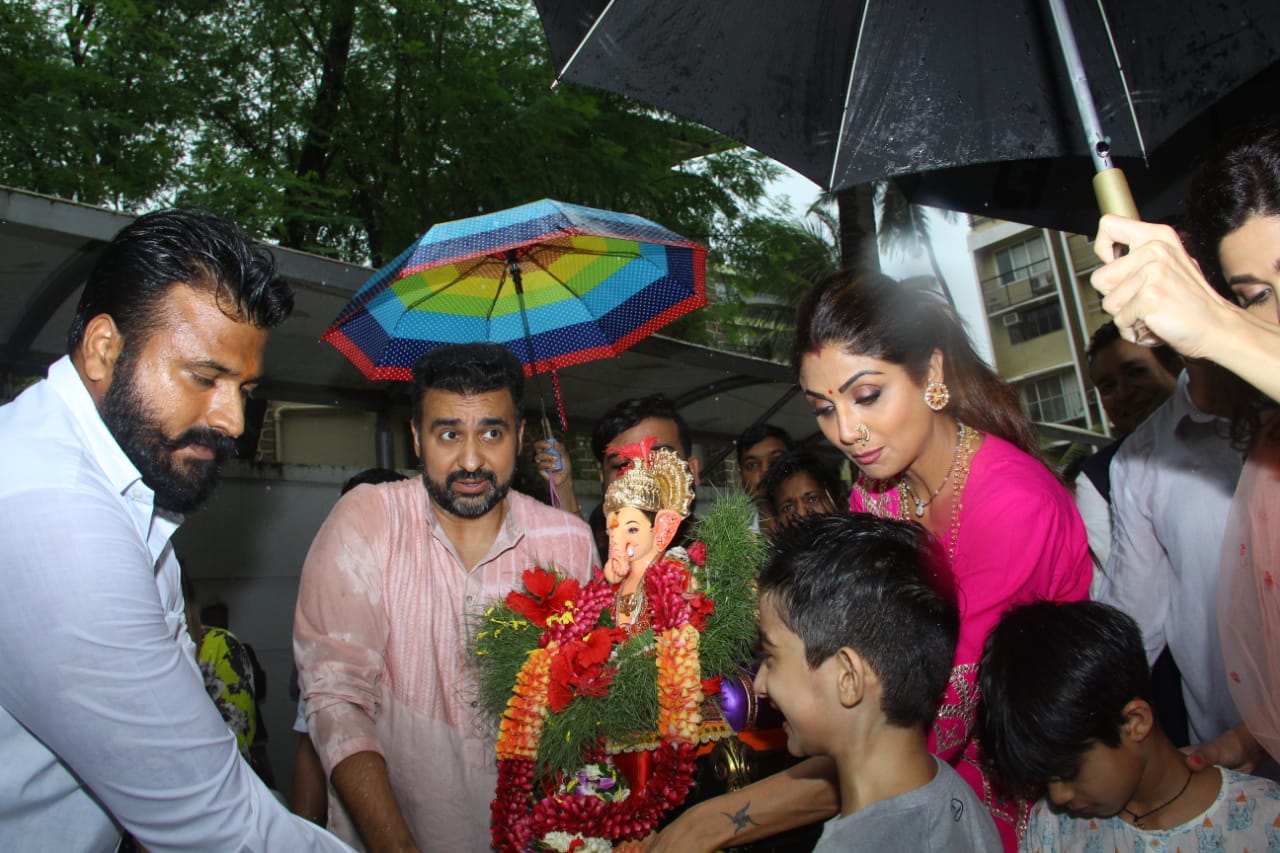 On the professional front, Shilpa Shetty will make her return to films with ‘Nikamma’ co-starring Abhimanyu Dassani and Shirley Setia.