The actor, 56, gushed about being a father to four-month-old twins Ella and Alexander when he appeared on "The Jimmy Kimmel Live!", reports people.com 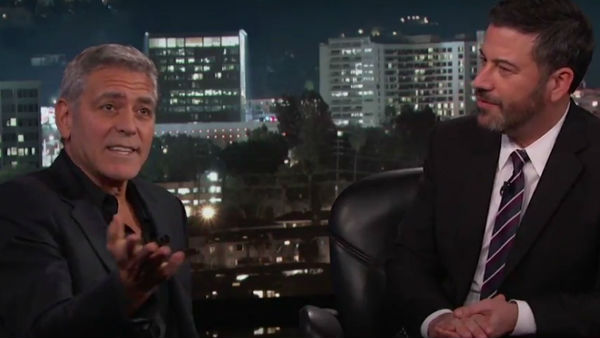 "Listen, I'm scared to death, it's terrifying," Clooney said of navigating parenthood, adding, "You're afraid of breaking them. They're so little".

The "Suburbicon" director and wife Amal Clooney welcomed their twins in June, and the father of two has been sharing their babies' milestones, including changing diapers.

Clooney said with two babies, the frequency of the task has become "like cleaning up your dog's p**p".

"The Jimmy Kimmel Live!" is aired in India on Star World and Star World HD.