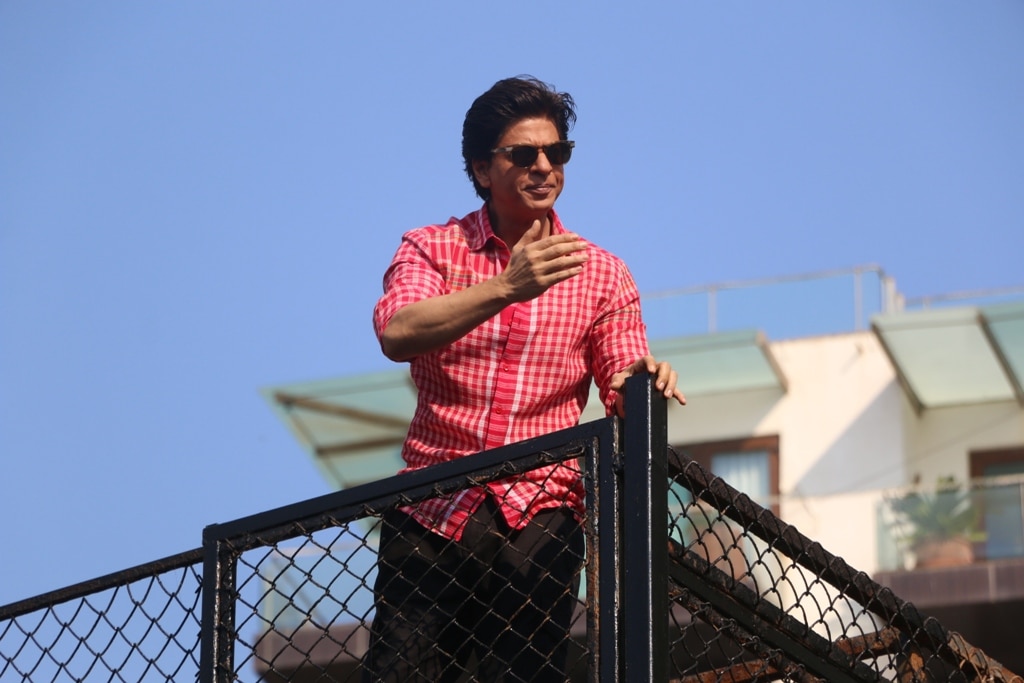 Ahead of the trailer launch of his film, Zero Bollywood superstar Shah Rukh Khan waved & greeted his fans at Mannat on his 53 birthday. Giving him company was his son AbRam, who also greeted to the crowd wrapped in his dad's arms 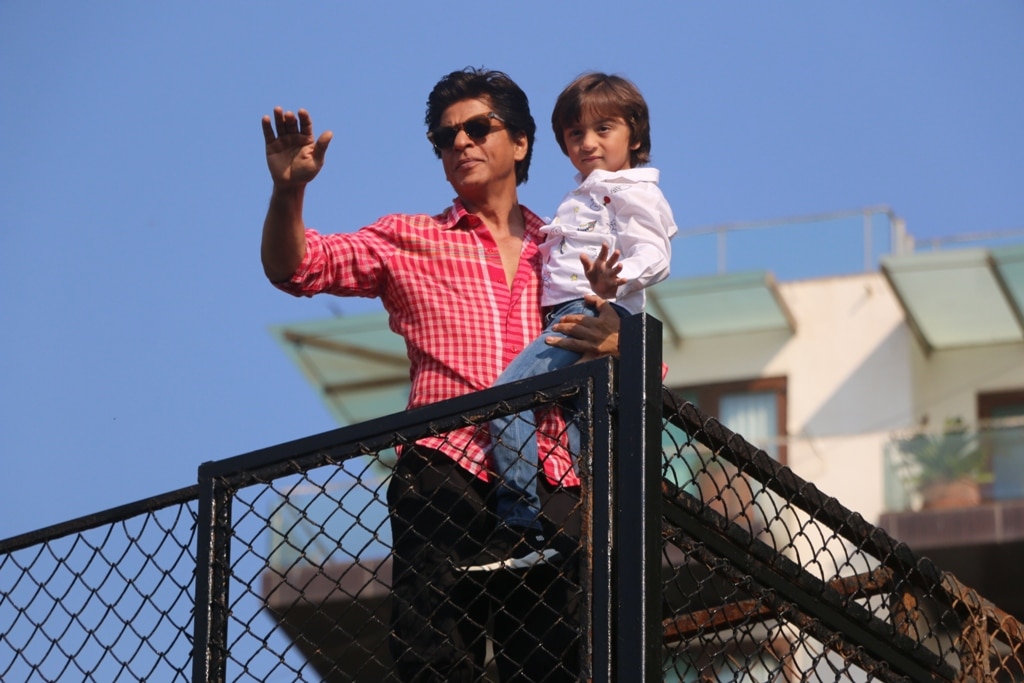 Like every year, the actor waved to his fans along with son AbRam from his residence's caged balcony 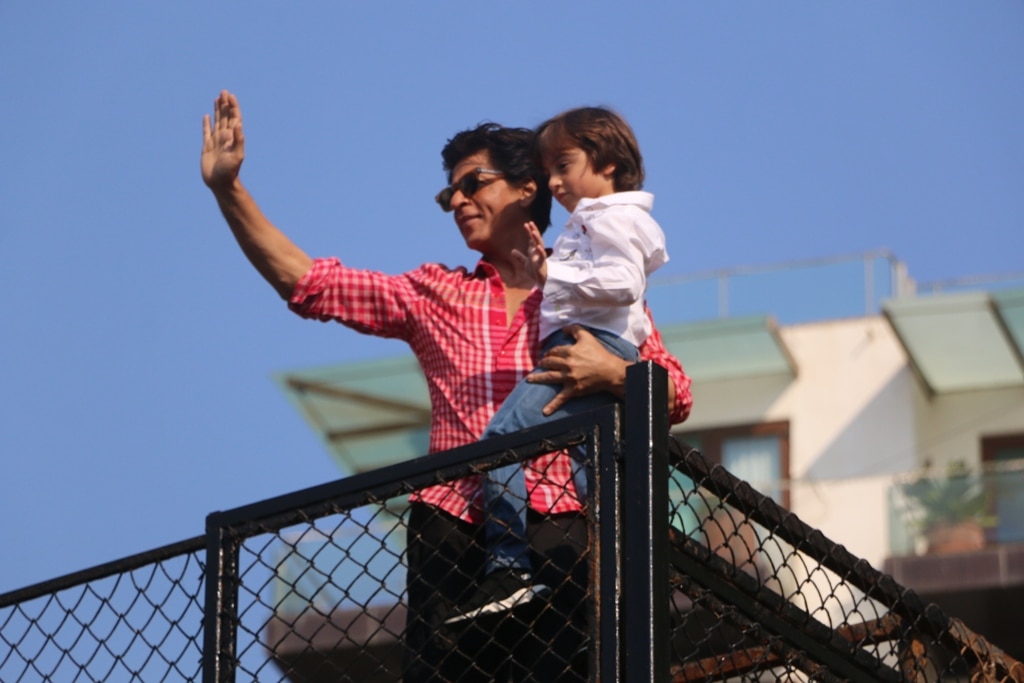 The actor emerged out of his home with his son AbRam Khan and waved to his fans. 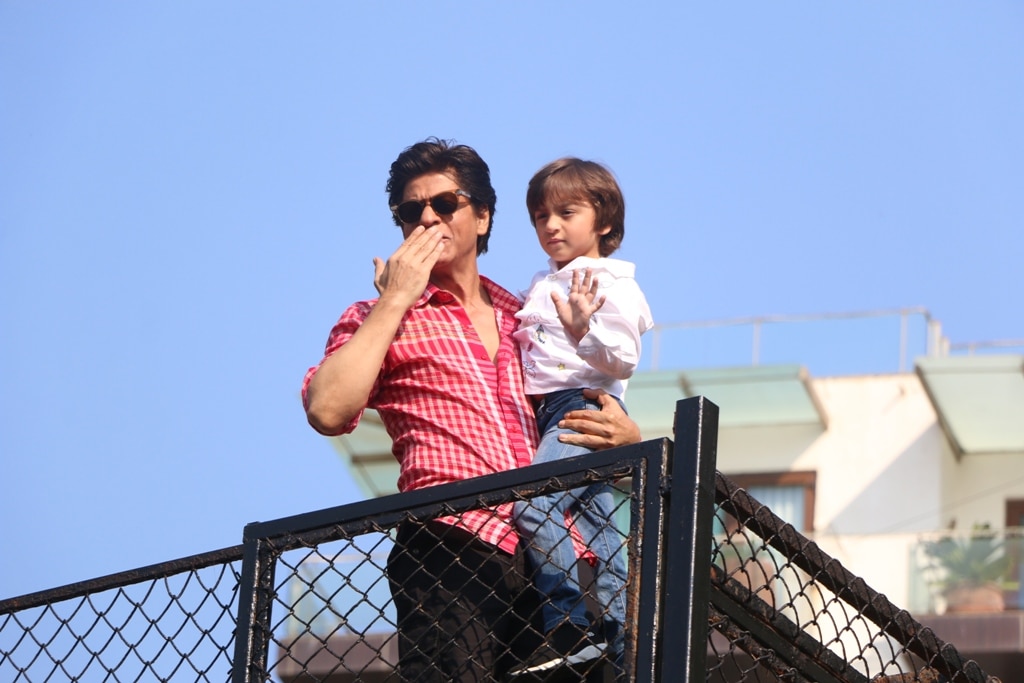 He looked dapper in a red checkered shirt. AbRam looked cute like a button in a white shirt! 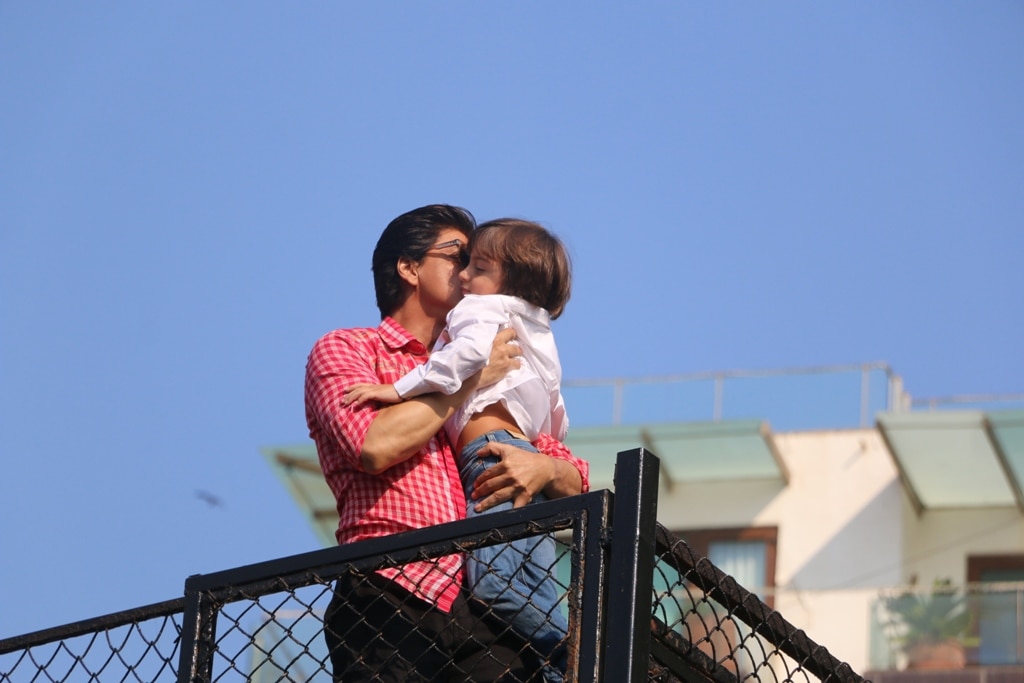 Shah Rukh looked happy as he held AbRam in his arms and planted a kiss on his cheek. 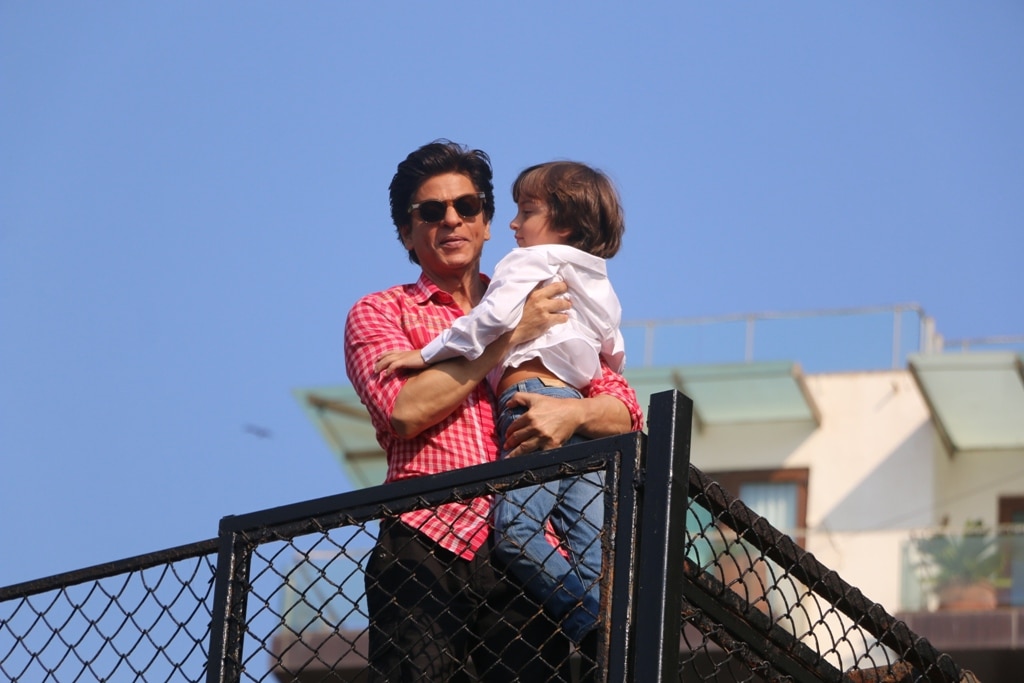 These pictures of the birthday boy will surely make you fall in love with him again. The actor who turns 53 today later launched the trailer of his upcoming movie Zero in a grand event at IMAX, Wadala. SRK also recreated his signature pose and made his fans happy. 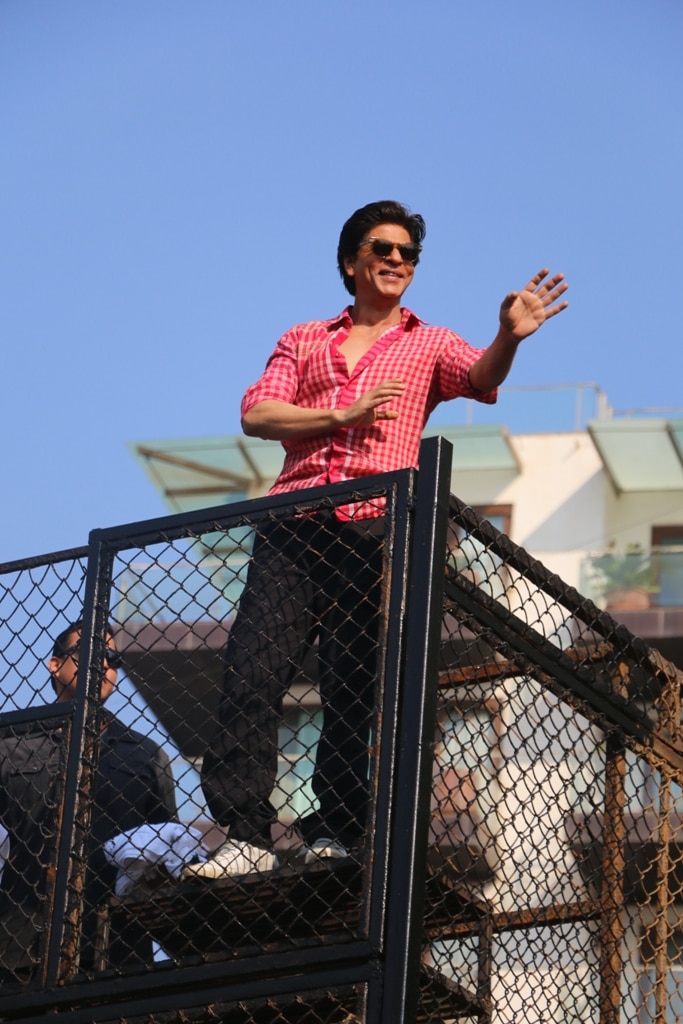 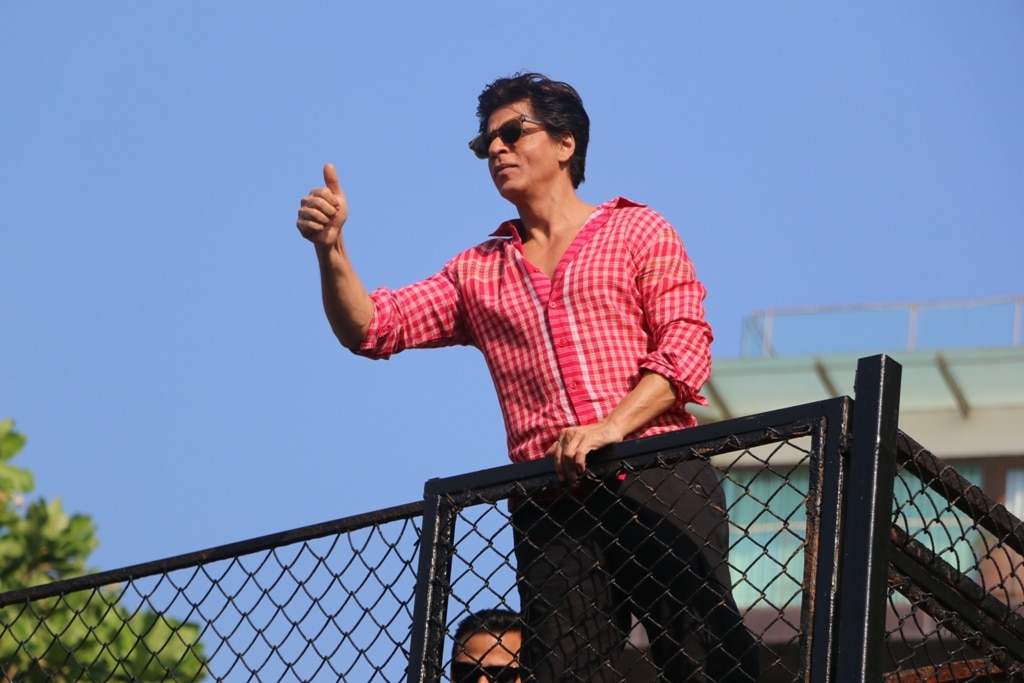 Earlier he also tweeted that he no longer “owns” his birthday. “I believe ownership makes one very small. I believe I am the luckiest man that I no longer own my Birthday also...it belongs to all these beautiful ppl who love me and my family so much. Thank you God,” the actor wrote.