A biopic on the underworld don Dawood Ibrahim's sister Haseena Parkar, Director Apoorva Lakhia's film of the same name traces her rise. It showcases how from a timid but fiercely protective younger sister, she metamorphoses into a confident woman who toughens up owing to circumstances and becomes powerful. 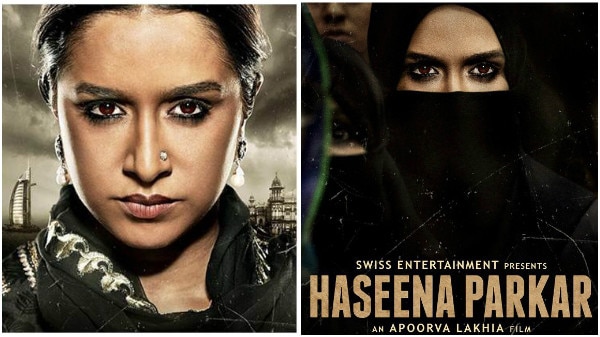 Set against the backdrop of a courtroom in Mumbai, where Haseena Parkar is being tried for several cases registered against her, the narrative unfolds through flashbacks, taking the audience through her life. It reveals how her brother's "reputation" has left an indelible mark in her life. She divulges how her brother makes a foray into crime in spite of their father being an honest and conscientious police constable, his fleeing to Dubai and her gradual rise to power. She also discloses to her son, how she has been disappointed by her near and dear ones.

The weak screenplay together with a fragile plot that lacks interesting twists, is the undoing of the film. It fails to engage you from scene one. The courtroom too lacks drama and appears a tad amateurish and staged.

Even glimpses of Dawood Ibrahim and Haseena's early life fail to keep you hooked or offer anything interesting. Be it the riots, shootouts, emotional scenes, everything seems forced and tackily handled. The use of 3D animation in the scene of the Bombay bomb blasts of 1993 is a case in point.

The characters are one-dimensional and the plot is wafer-thin. The dialogues, save for a few, are steeped in mediocrity and in fact in some serious scenes evoke the converse reaction.

Shraddha Kapoor makes a sincere attempt in trying to portray the journey of Haseena from a young girl to a married woman and ultimately a widow who is geared to shoulder the responsibility of her family and neighbourhood. It is the script which fails her and in several scenes makes her appear theatrical and unreal. She exudes a certain maturity in some scenes far belying her young age. Her get up too is not entirely convincing.

Siddhanth Kapoor as Dawood Ibrahim on the other hand fails to make an impact. He appears a misfit in a powerful character like this and perhaps again, the script limits him.

Public Prosecutor Roshini Satam essayed by Priyanka Setia deserves a mention as she is convincing as well as a good orator.

Other actors like her son Danish, lackey Khalid, lawyer Keswani are competent and do their bit with honesty.

On the production front, the film is poorly mounted and fails to recreate the 1980s and 1990s to perfection. Montages with newspaper clippings, stock shots lend a slapdash feel to the entire film. Even the actions sequences lack finesse.

The music by Sachin-Jigar, is nothing to write home about and does not in any way contribute to elevating the flavour or the context of the narrative.

Overall, what could have been a strong film, well-researched, stimulating and perhaps hard-hitting film, ends up as a poorly executed court room spectacle sans any drama.