One of the hottest actresses of Television, Mouni will show her dancing skills in the sequel of the musical ‘Tum Bin’. 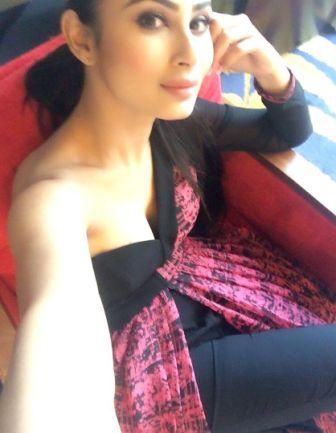 According to a report on popular daily TOI, the producer of the film, Bhushan Kumar, wanted to add some more songs in the sequel as it has only 5 songs, whereas, the prequel of the film had 13 songs, which are still very popular. The director of the film, Anubhav Sinha, then decided to add a Punjabi number in the movie. The track will be a recreated version of the popular Punjabi track, Nachna Aunda Nahin, for which the makers have approached Neha Kakkar, Hardy Sandhu and Raftaar.

The song will be choreographed by Remo D’Souza. Mouni will be seen dancing with the lead actors of the film – Neha Sharma, Aditya Seal and Aashim Gulati.

Mouni is in the best phase of her career, as her show ‘Naagin’ was a huge success. Now, the second season of show ‘Naagin 2’ is already in the news for grabbing the top spot in the TRP race, thanks to her great onscreen chemistry with her co-star Karanvir Bohra.

We’re sure that the fans of the TV Star are now eagerly waiting for the item number!