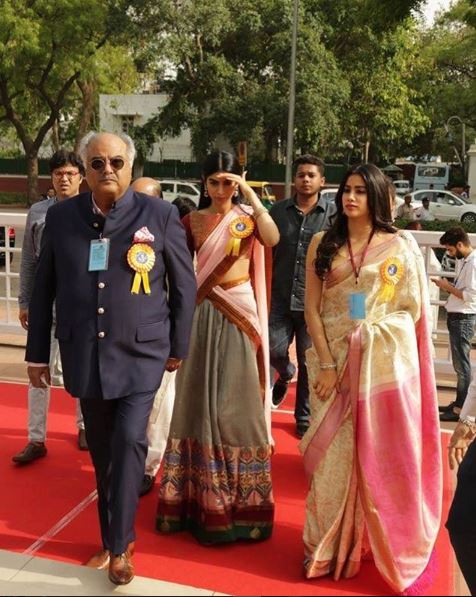 It was indeed an emotional day for filmmakers Boney Kapoor and his daughters Janhvi and Khushi Kapoor as the late actor Sridevi was honoured with the Best Actor (female) award, at National Awards 2018 in New Delhi. 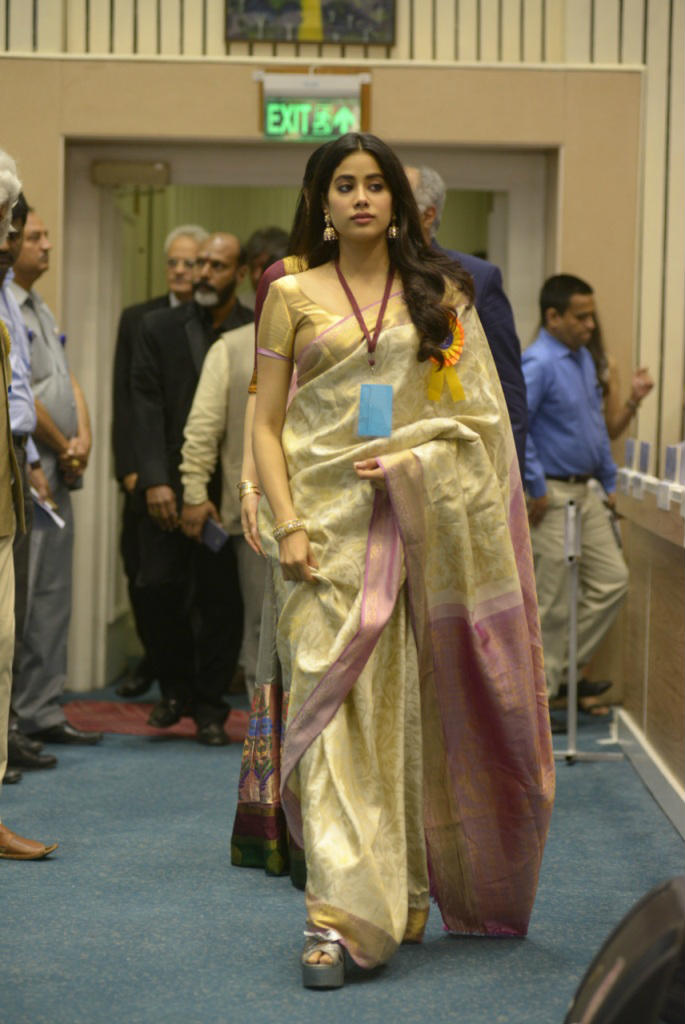 Sridevi's elder daughter Janhvi Kapoor had all eyes on her as she attended the 65th National Film Awards looking resplendent in a pink and white Kanjeevaram saree, which was her mom's personal favourite sari. 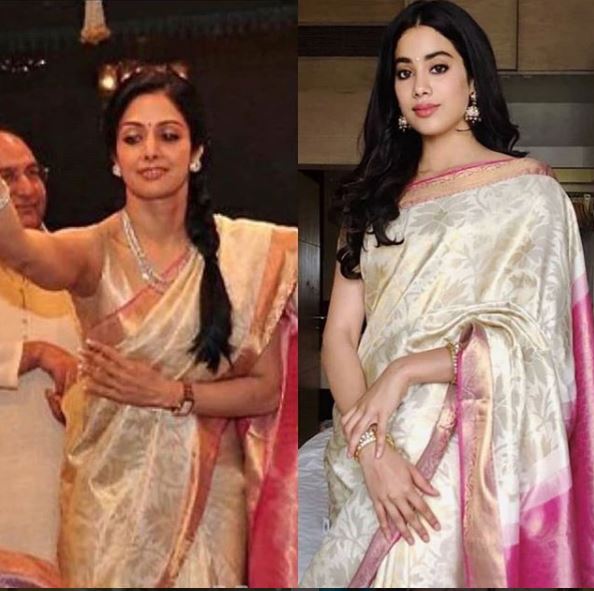 While Sridevi wore it with a sleeveless blouse and added a necklace and matching earnings, Janhvi wore a cropped sleeves blouse with simple jhumkis as her only accessory. 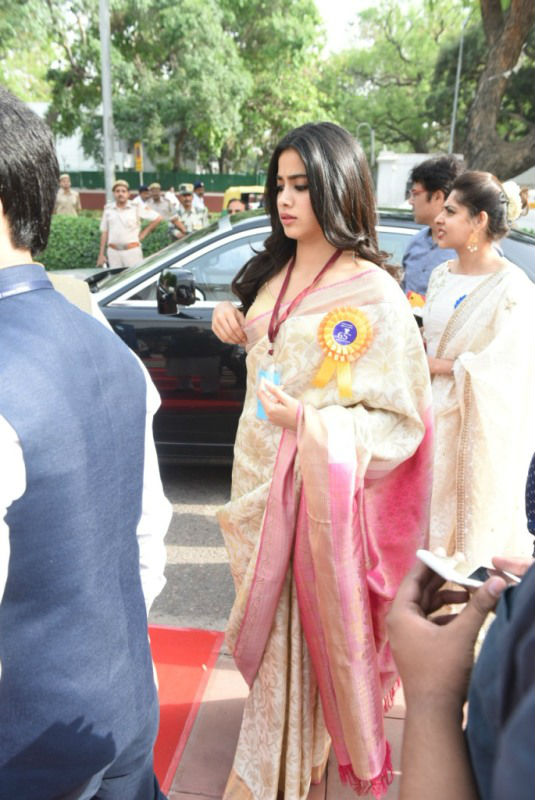 Janhvi looked gorgeous in her mom's sari for the main event 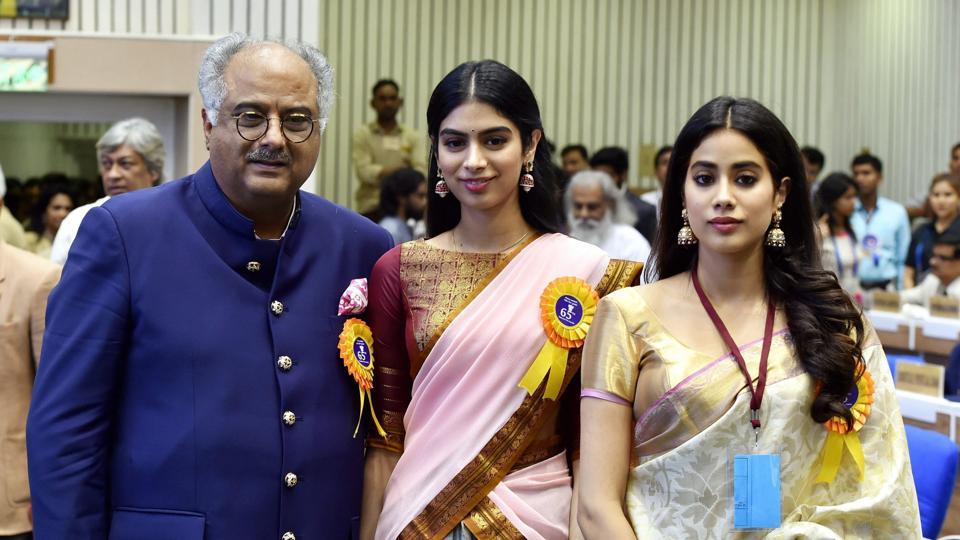 Janhvi Kapoor with her father Boney Kapoor and sister Khushi. 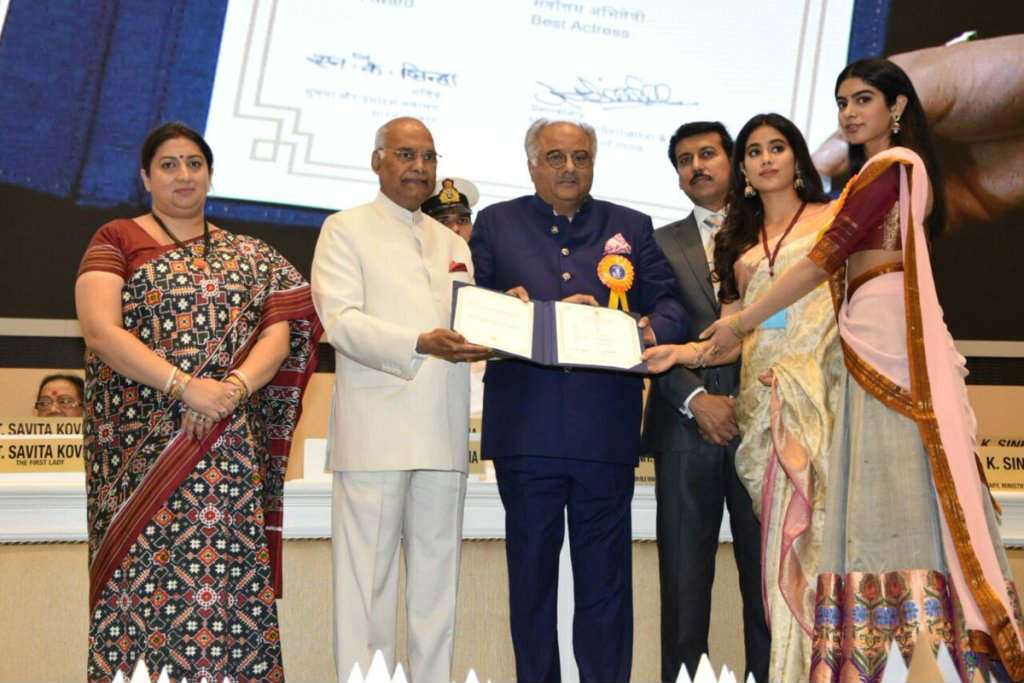 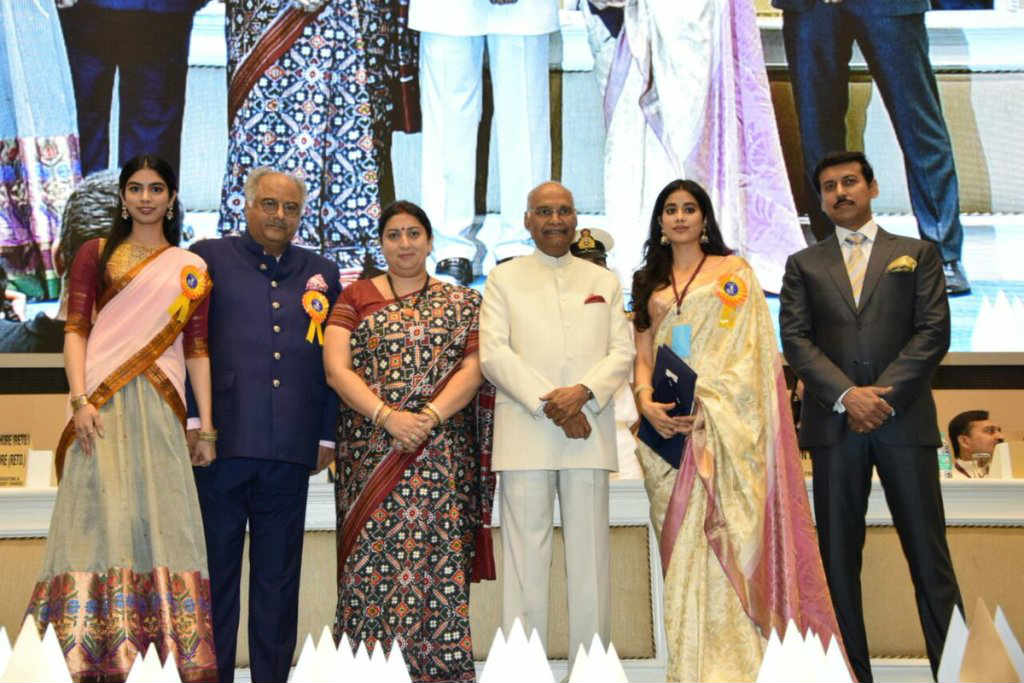 It was an emotional moment for the Kapoor family in-fact Boney Kapoor got teary eyed after receiving his late wife's honour! 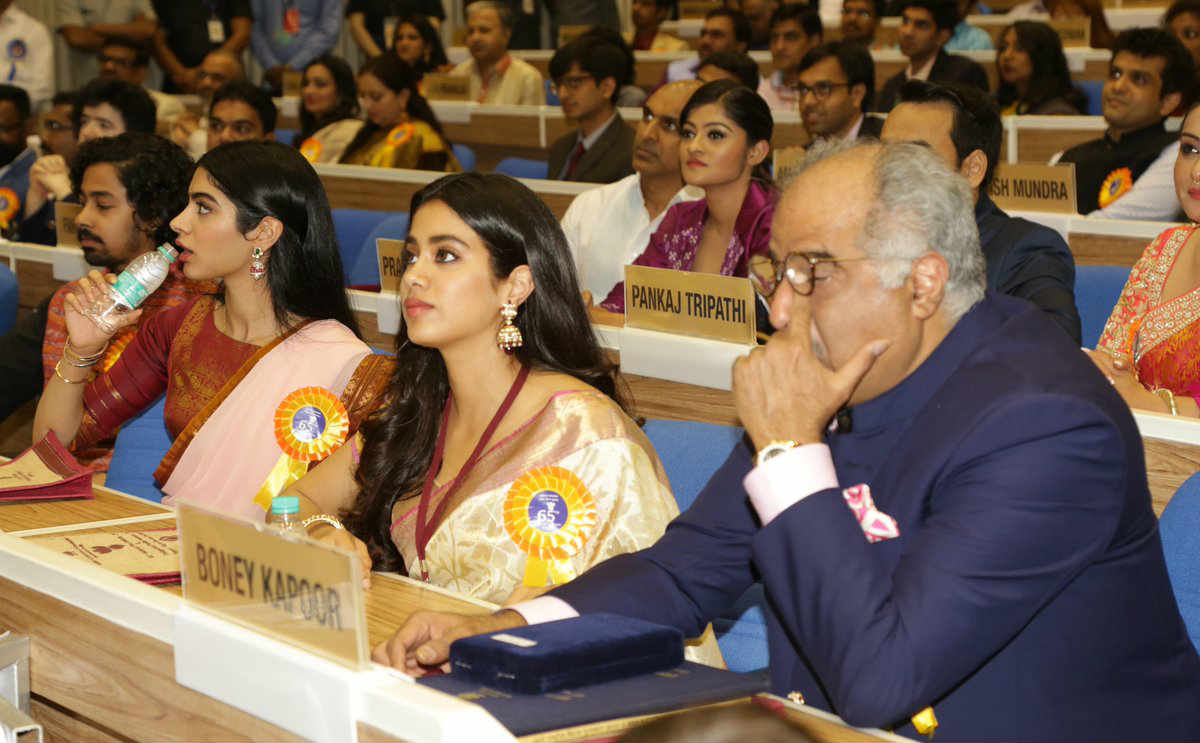 At the prestigious award ceremony, the filmmaker broke down and got teary-eyed, remembering his beloved late wife 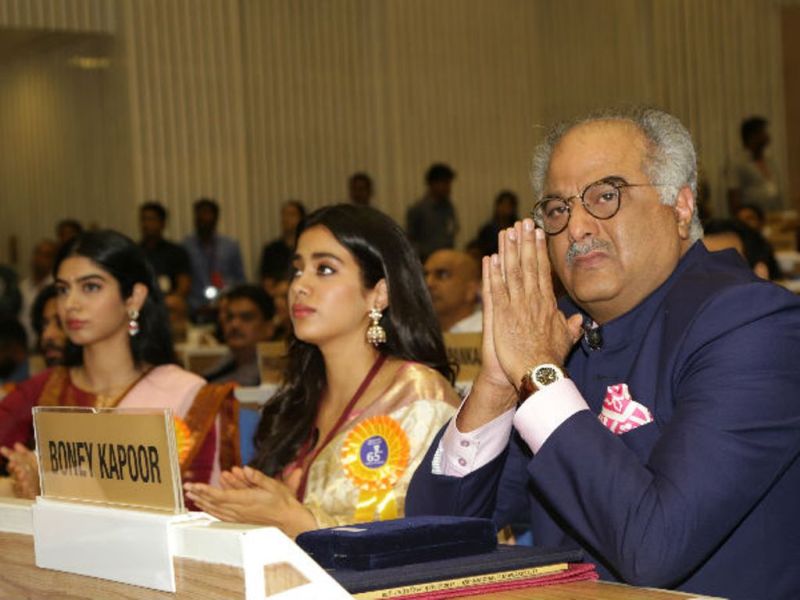 On coming back to his seat from stage Boney was seen getting teary eyed, Janhvi too looked emotional! 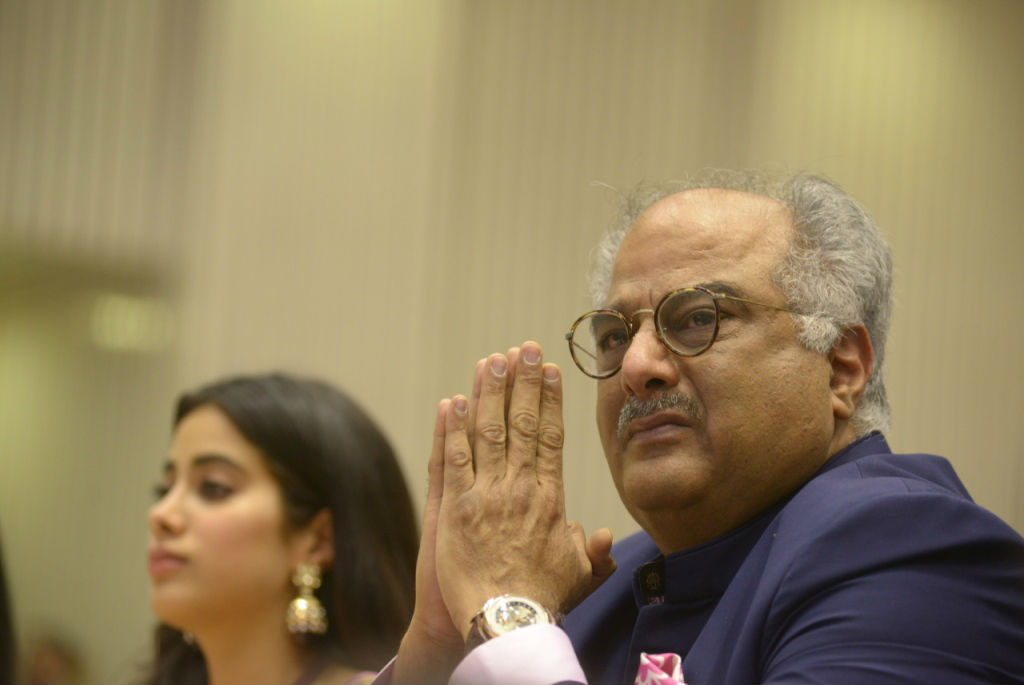 Boney was finding it hard to control his tears! 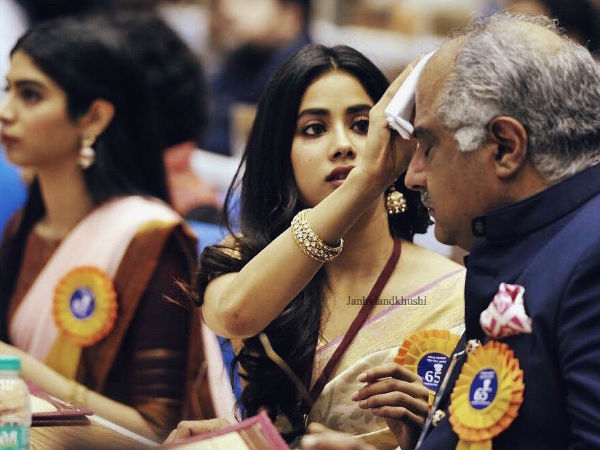 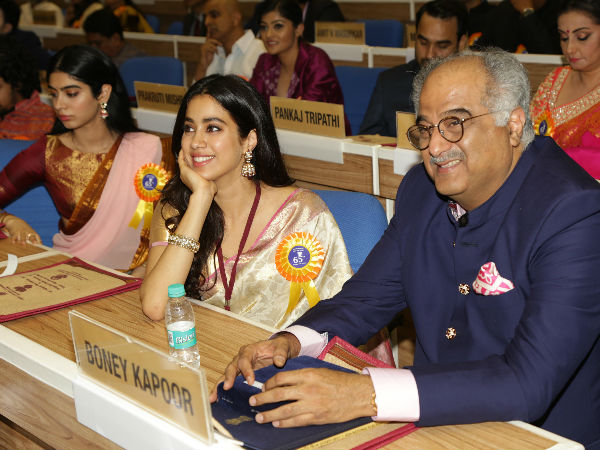 These inside pictures of Janhvi, Khushi and Boney Kapoor from 65th National Awards will surely leave you with mixed emotions. 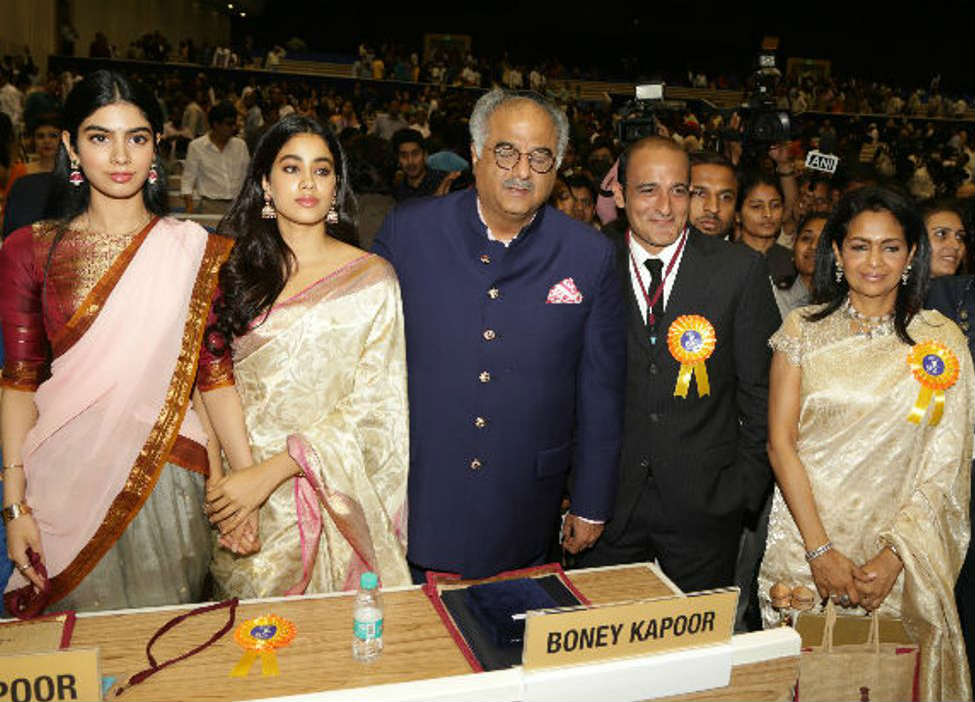 Both the late actors- Sridevi and Vino Khanna's family posing together for the shutterbugs! 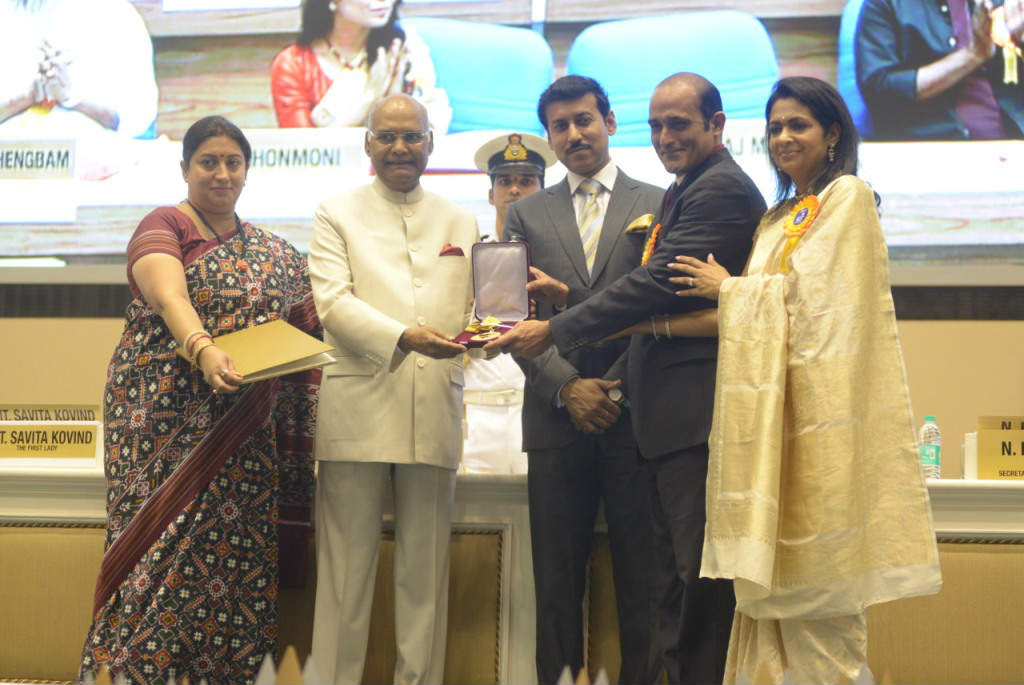 Other than Sridevi, late Vinod Khanna too was honoured with the prestigious 'Dadasaheb Phalke Award' which was received by his wife Kavita and eldest son Akshay Khanna 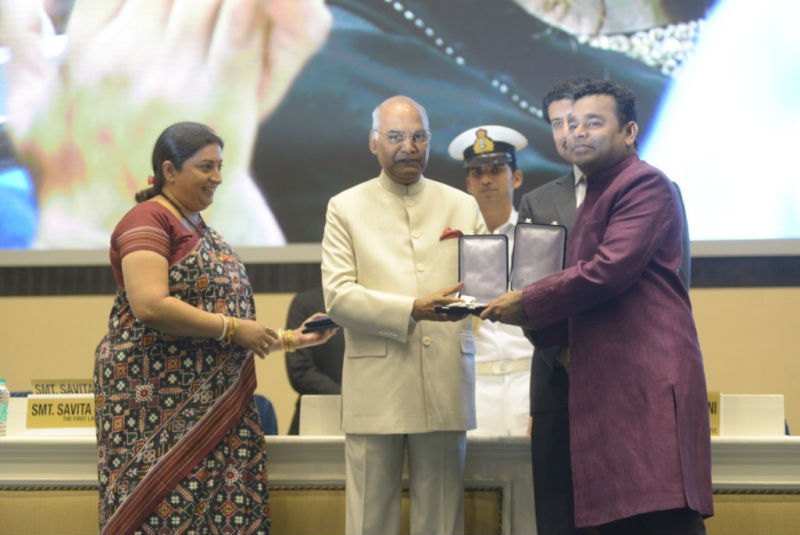 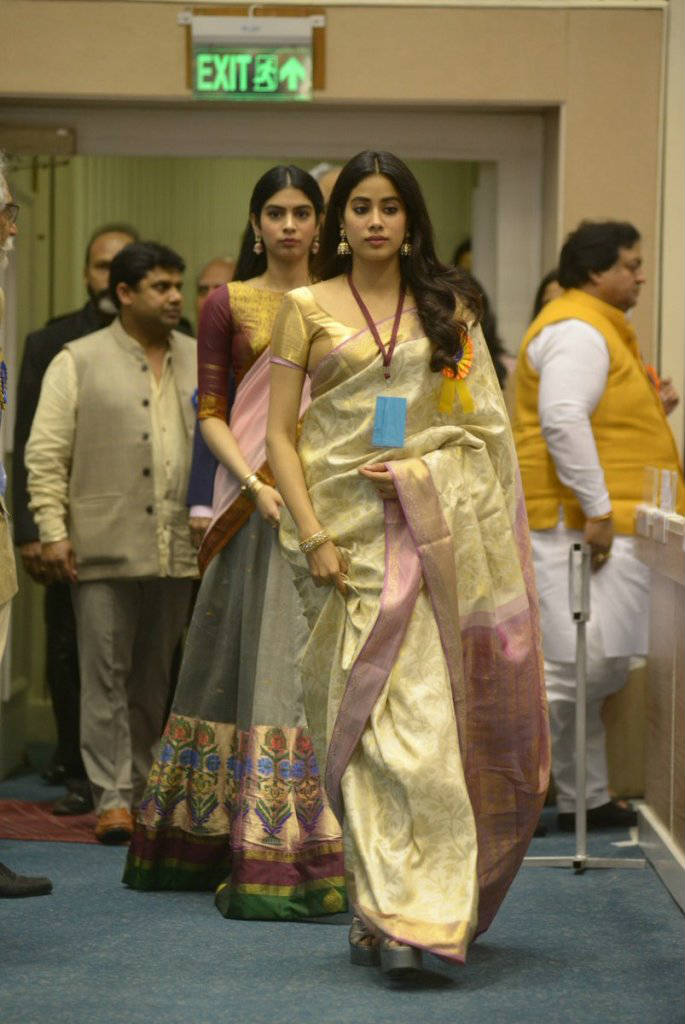 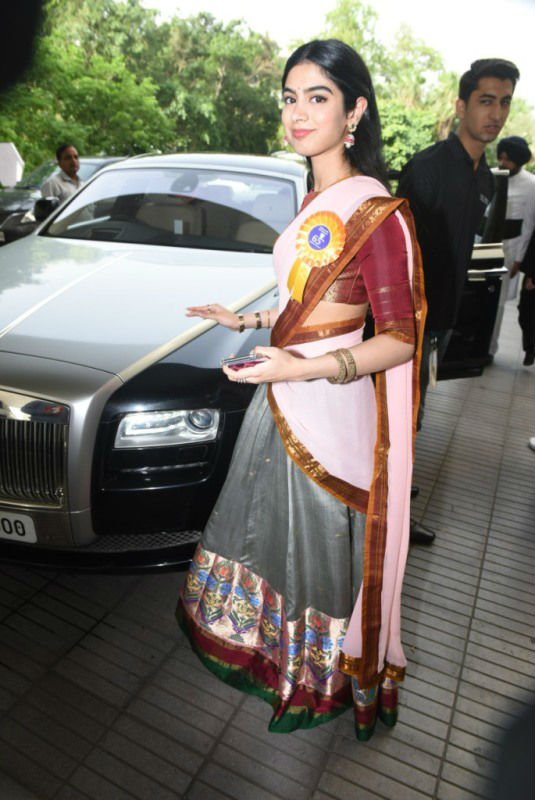 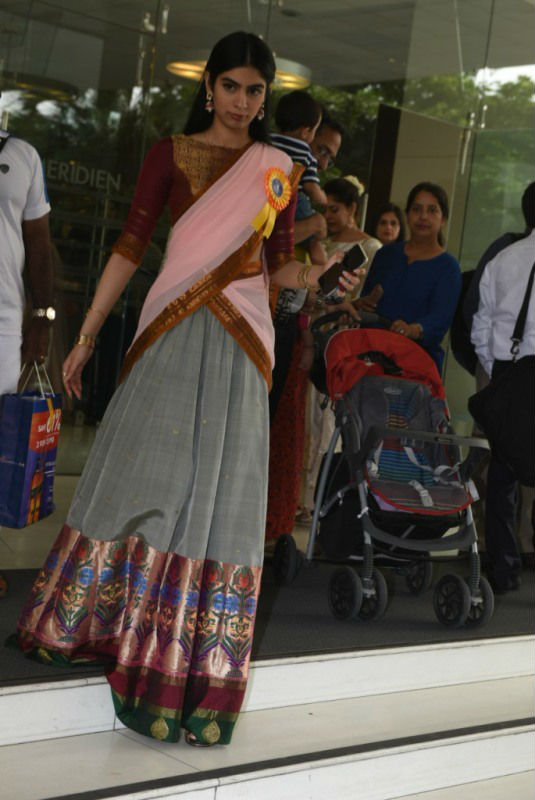 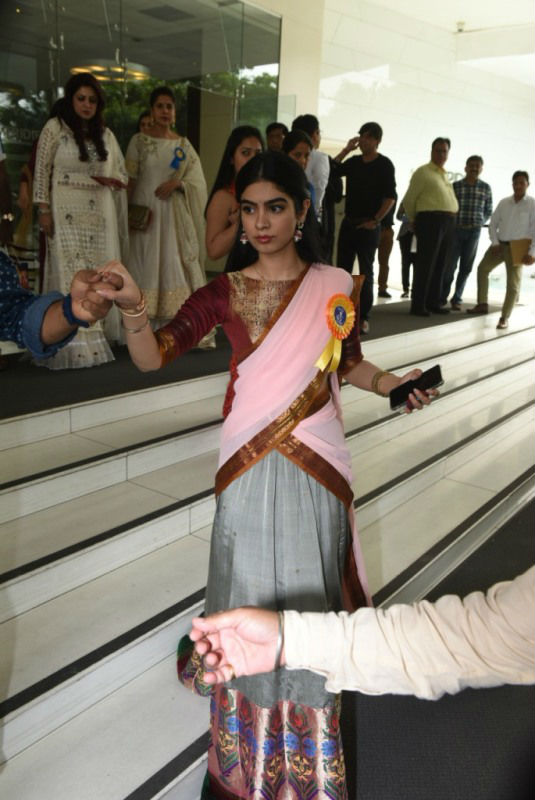