By: Filmymonkey Team
Updated: 03 Jul 2019 09:31 AM
Birmingham: India's 28-run win over Bangladesh saw them qualify for the knockout stages of the 2019 edition of the World Cup. And while one would think that the players would be excited to celebrate, skipper Virat Kohli and deputy Rohit Sharma took time out to meet the oldest Indian fan present at the Edgbaston Cricket Ground on Tuesday -- 87-year-old Charulata Patel.

Taking to Instagram, Kohli wrote: "Also would like to thank all our fans for all the love and support and especially Charulata Patel ji. She's 87 and probably one of the most passionate and dedicated fans I've ever seen. Age is just a number, passion takes you leaps and bounds. With her blessings, on to the next one."

Take a look at his post below (SWIPE LEFT):

Popular celebrities Anushka Sharma, Ranveer Singh, Diana Penty, Esha Gupta among others reacted on Kohli's Instagram post and drops in love on the Indian Cricketer's gesture. Take a look at their comments below: 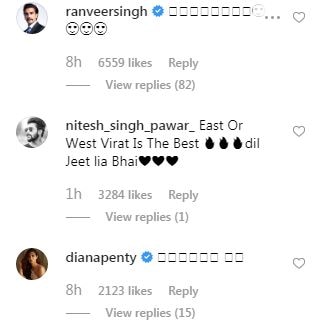 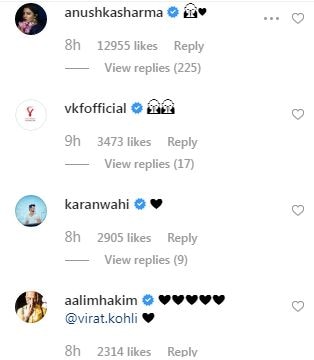 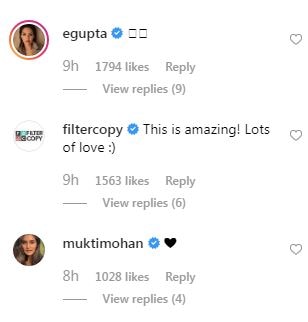 On a related note, Patel was seen cheering enthusiastically throughout the match. She blew a yellow vuvuzela like a child on every boundary scored. She also kept waving the tricolour.

Patel, who is said to keep a close track of the team, wishes to be present when India lifts the World Cup at the iconic Lord's on July 14.

The Men in Blue road on a brilliant 104 from Rohit Sharma -- his fourth century in this edition of the showpiece event -- to post 314/9 in their 50 overs. Defending 314, in-form Shakib al Hasan was the only real threat for the Indian bowlers as the Bangladesh batsmen came out pretty subdued in their chase. And once Hardik Pandya sent back Shakib for 66 in the 34th over, it was advantage India.

Speaking at the end of the game, Bangladesh skipper Mashrafe Mortaza said: "That was the match we had to win. We couldn't make it but there was some good performance by Mustafizur. One of them had to go on and score 80-90. A bit of luck could have gone in our favour. The tournament has been nice, exceptional performance by Shakib and Mushy (Mushfiqur) batted really well right through. We will try to play our best in the last game. They were here supporting us today as well."