Irrfan Khan’s wife Sutapa Sikdar has called last one year ‘the longest year of our life’.

By: PTI
Updated: 11 Apr 2019 10:16 PM
Mumbai: Irrfan Khan's wife Sutapa Sikdar has penned a heartfelt letter to thank well-wishers after the actor's recovery from neuroendocrine tumour, recalling how her family measured the past one year in both "pain and hope". Irrfan, who had opened up about his diagnosis in March last year, is back to work after his treatment abroad. 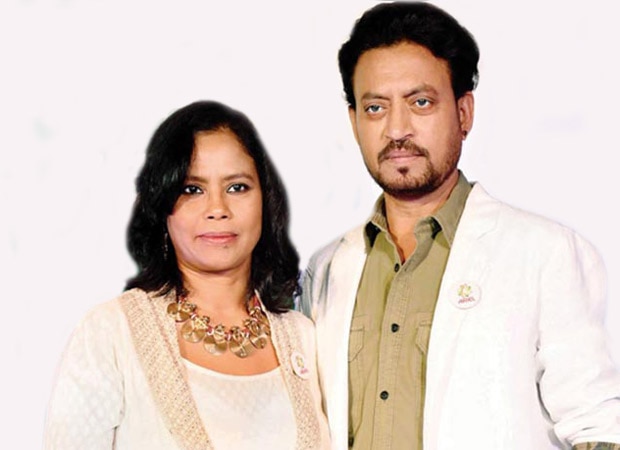 "Longest year of our life. Time was never measured with pain and hope at the same time ever. While we take our baby steps back to work, to life, I am submerged in prayers, wishes and faith from friends, relatives, strangers and a connection with the universe which gives us a small chance for this new start," she wrote on Facebook last Friday.
The actor-producer, who met Irrfan while studying at the National School of Drama (NSD), said it was the prayer of well-wishers, both known and unknown, that kept her going in this difficult period of life.
"It seems unbelievable... Never ever I realised the meaning of the word unpredictable so well� Never ever I could feel people's wishes on my bones, my breath (and) my heartbeat, which helped me to stay focused and kicking..."
Angrezi Medium: Irrfan Khan shares his first look as sweet shop owner 'Mr Champakji'; Kareena-Radhika Madaan part of film too
"I can't take names because there are names and there are names... I don't even know who played angels."
Sutapa said they are grateful as the "dance and song of life continues".
"Thank you for believing in your prayers," she added.
Take a look at her Facebook post below:

Irrfan has begun shooting for "Angrezi Medium", the sequel to his 2017 sleeper hit "Hindi Medium".