It's a wrap for Shahid Kapoor and Kiara Advani's Kabir Singh

The movie is a Hindi remake of Telugu hit film ‘Arjun Reddy’ where 'Padmaavat' star Shahid Kapoor will play the titular role of Kabir Singh.

By: Filmymonkey Team
Updated: 30 Mar 2019 10:19 AM
HIGHLIGHTS
Shahid Kapoor and Kiara Advani have wrapped up shooting for their upcoming film Kabir Singh and it is all set to hit the theatres in June.

Kiara posted a couple of pictures on Instagram story where she can be seen cutting the cake, with the team of her upcoming film, and celebrating the shoot wrap. 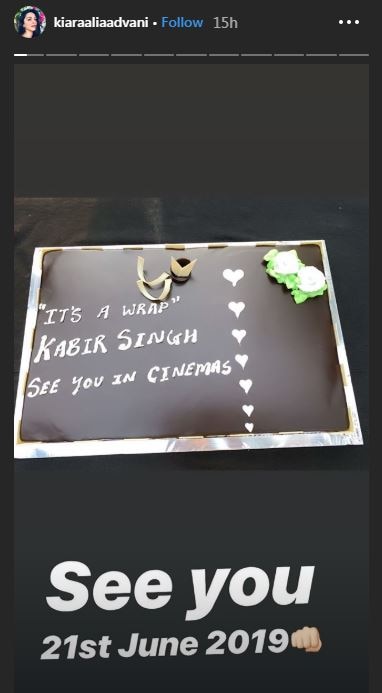