By: Shruti Srivastava
Updated: 23 Aug 2019 05:01 PM
'Dhoom' actress Esha Deol, who recently became mommy to her second child with husband Bharat Takhtani just shared an adorable picture as she heads for Janmashtami celebrations, posing with her elder daughter Radhya Takhtani in her arms. The big sister to newly born baby girl Miryaya Takhtani who arrived on 10th June, Radhya, dressed in a cute white dress which also looks like a pair of dhoti-kurta. While Radhya's adorable looks are melting hearts, what draws the most attention in this picture is her little hand bag that she is carrying on her left shoulder. Twinning in white, the mommy-daughter duo are showered with blessings and "Happy Janamashtami" messages with ofcourse the comments on Radhya's little purse.

Esha shared two pictures in her post, one with the daughter and one solo. [swipe to view both pics!]

And the fans are drooling over the cuteness of the picture. They also miss Miraya in the picture who turned 2 months and 13 days old today. Esha tied the knot with hubby Bharat Takhtani in June 2012 and the couple became parents to their first child 5 years after their marriage, in October 2017 with arrival of elder daughter Radhya. 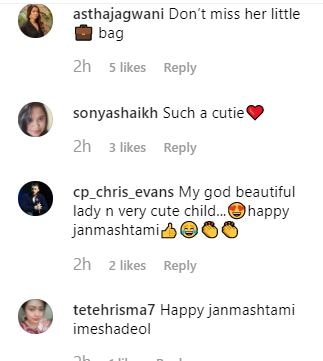 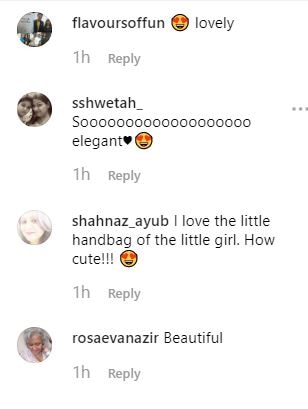 Esha hasn't yet revealed the face of their newborn daughter Miraya Takhtani but we did see the glimpse of the little bundle of joy in pictures days after her birth, sleeping in grand mother(nani) Hema Malini's lap, which surfaced a week later. And the first time upon her birth, 3 days after when Esha-Bharat took her home from he hospital.

Esha is yet to reveal Miraya's face but in an interview post her birth, the father and the mother both opened up on their daughter and Bharat revealed who does she look like. He shared that one daughter looks like him while the other one like Esha[Read HERE! Esha Deol reveals why she named newborn daughter Miraya, Husband Bharat Takhani shares who she looks like!].

Meanwhile, take a look at some more adorable pictures from Esha's Instagram diaries: