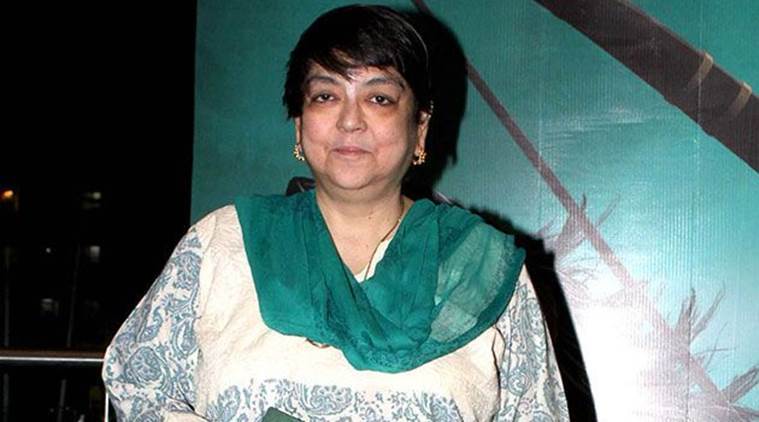 Filmmaker and screenwriter Kalpana Lajmi, niece of the legendary Guru Dutt and acclaimed for making women-oriented films like "Rudaali", "Ek Pal, "Daman" and "Chingaari", died here on Sunday following a multiple organ failure at the age of 64. (Photo: Web) 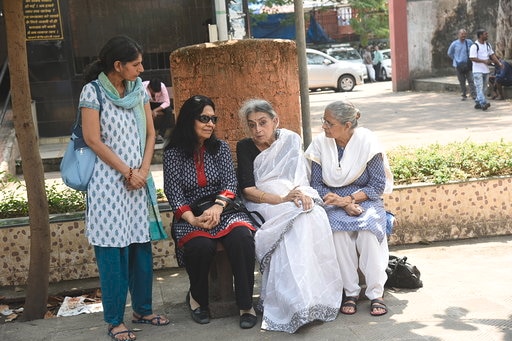 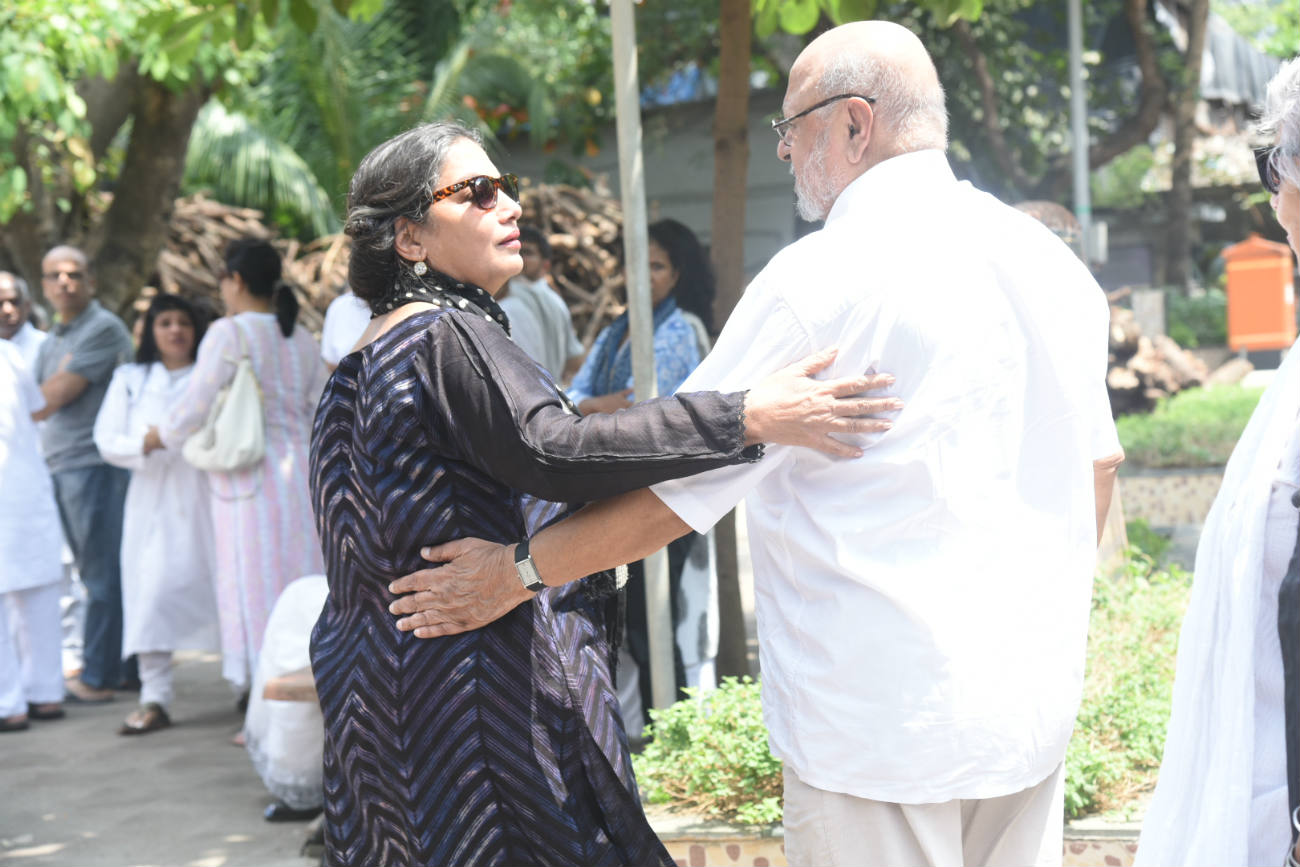 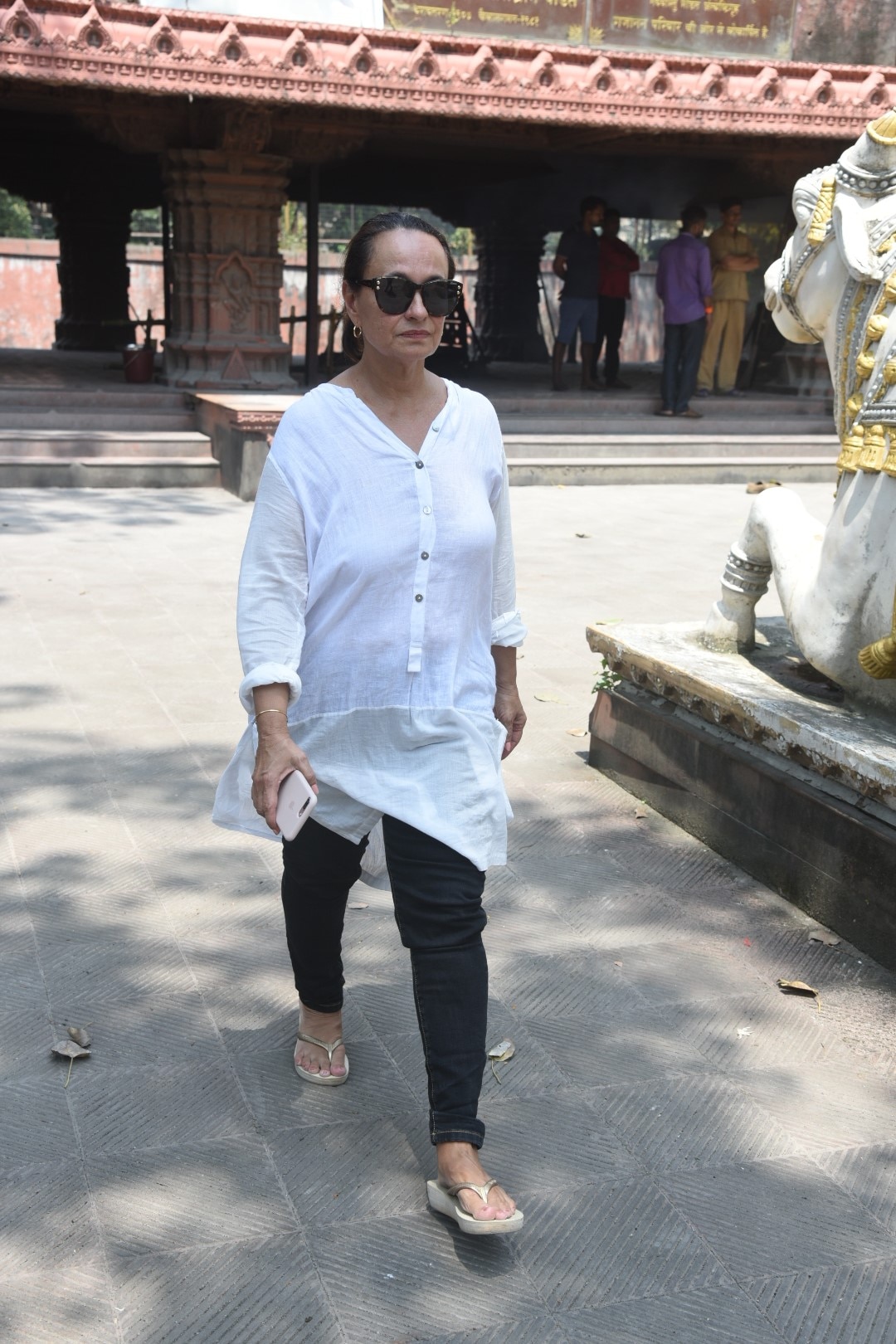 Aalia Bhatt's mother Soni Razdan too got snapped at the crematorium to pay last respects to the talented filmmaker. (Photo: Manav Manglani) 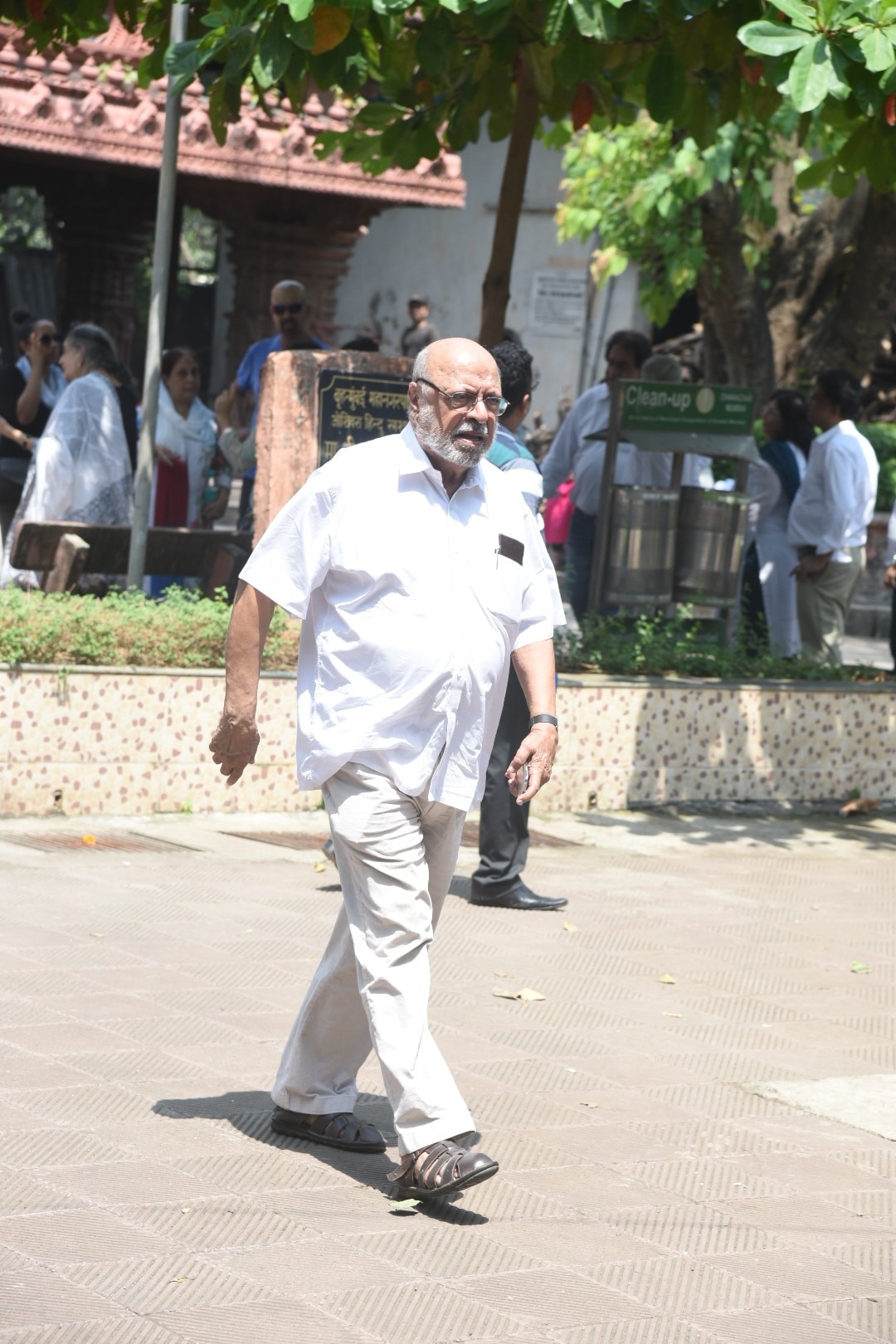 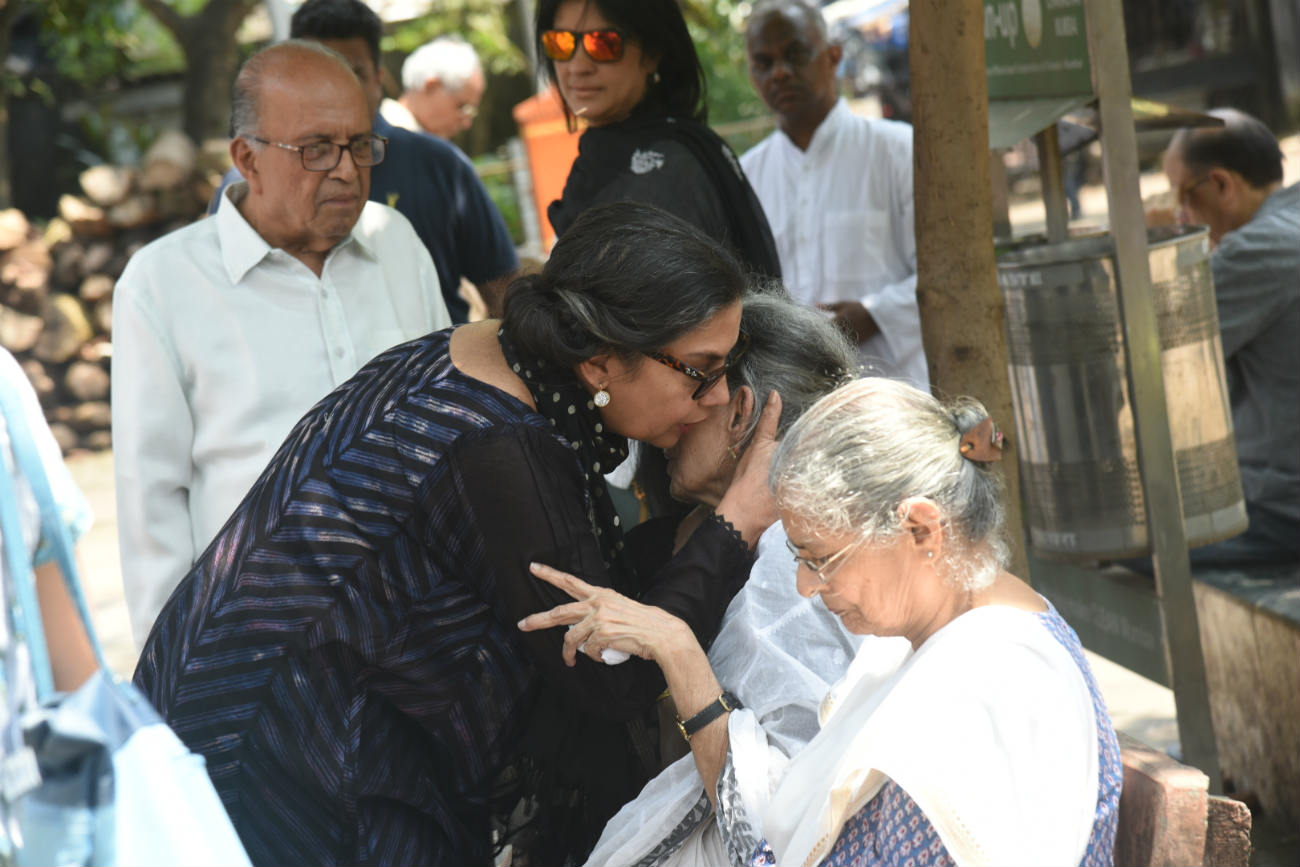 Lajmi had been undergoing dialysis for a couple of years, and true to her indomitable spirit, had said in an interview last year: "My kidneys have failed, but I haven't." (Photo: Manav Manglani) She had forayed into filmdom as an assistant director under renowned filmmaker Shyam Benegal, following which she made her directorial debut with a documentary film "D.G. Movie Pioneer" based on Bengali filmmaker Dhiren Ganguly in 1978. Her feature film debut came with "Ek Pal". She also directed the TV serial "Lohit Kinaare" (1988) for Doordarshan and 26 episodes of a serial "Dawn", on the freedom movement of India. Lajmi's last film as a director was "Chingaari", based on the novel "The Prostitute and the Postman" by the late Bhupen Hazarika, her long-time companion.(Photo: Manav Manglani) 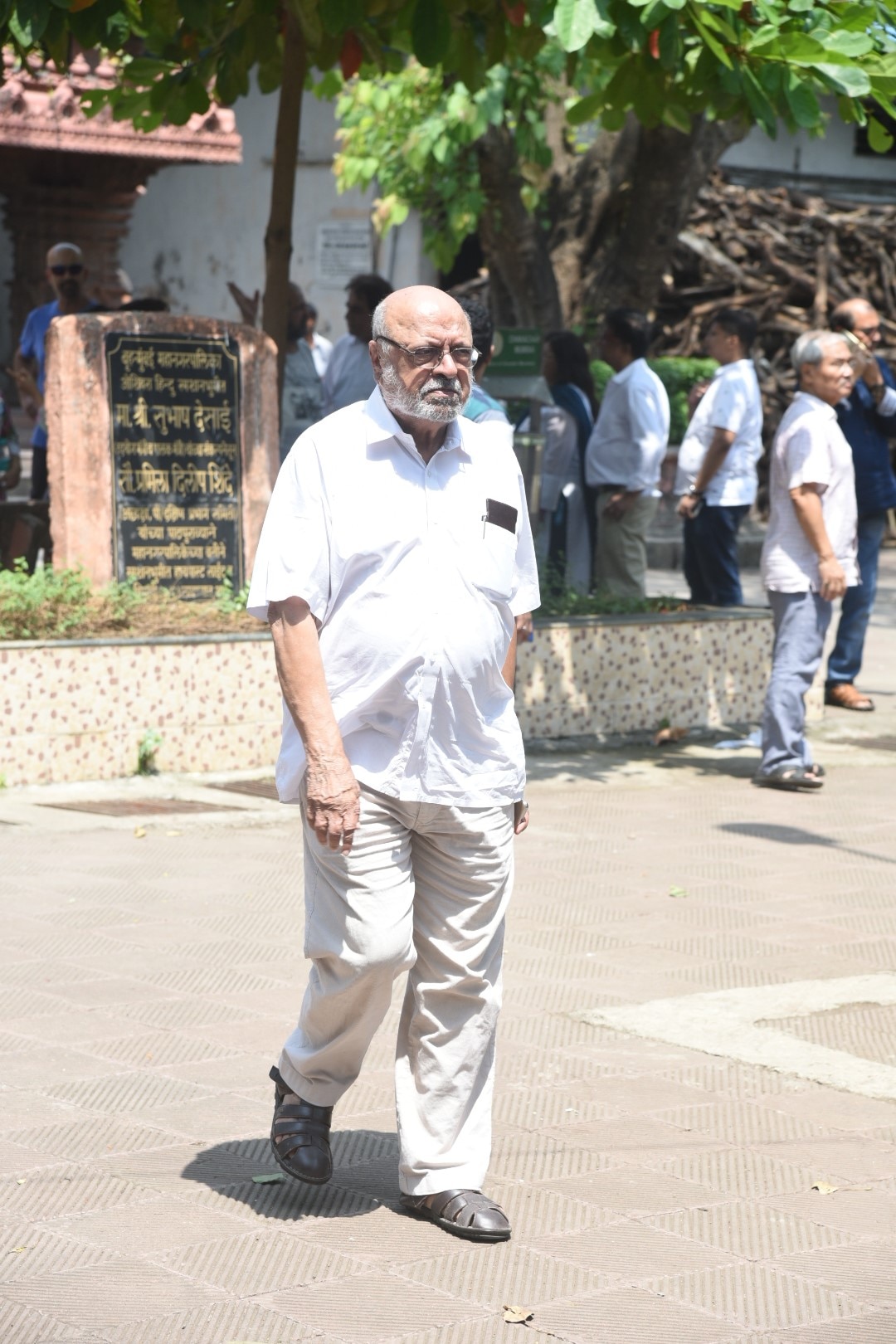 She also penned a book, "Bhupen Hazarika: As I Knew Him", on Hazarika. It was launched on September 8 by Benegal and Lajmi's mother, painter Lalita Lajmi. (Photo: Manav Manglani) 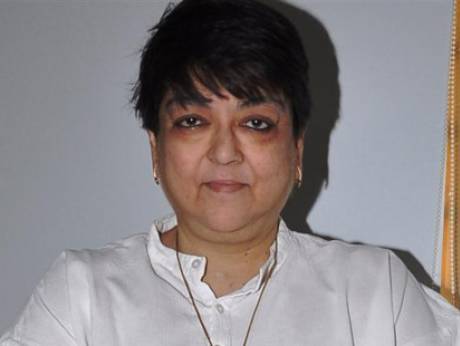 May her soul rest in peace! (Photo: Web)