By: ABP News Bureau
Updated: 08 Dec 2018 08:49 PM
For his popular and controversial chat show 'Koffee with Karan 6', which airs on Star World, host Karan JOhas has managed to bring some fresh and unconventional jodis as guests. After Deepika-Alia, Ranveer-Akshay, Varun-Katrina, Saif-Sara among others the director-producer has finally managed to convince the team of magnum-opus 'Baahubali' to finally make their debut on the controversial couch of 'Koffee with Karan'. Yes, it's happening! 'Baahubali' stars Prabhas and Rana Daggubati along with director S. S. Rajamouli will be seen as guests on 'KWK 6'. 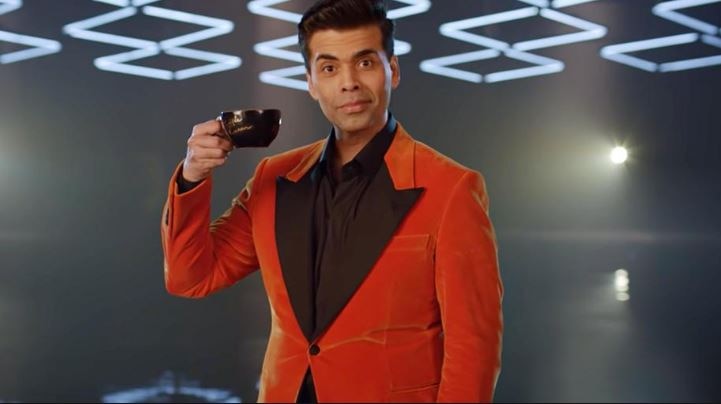 Today (8th December), KJo finally shot with S. S Rajamouli, Rana Daggubati and Prabhas for another interesting episode of 'Koffee with Karan 6'. Few pictures from the shoot are doing the rounds on Internet in which the trio is looking dapper and have left the fans super-excited.

Check out the pictures below (SWIPE LEFT):

In one of the pictures, the 'Baahubali' trio is posing with host Karan Johar whereas they are all smiles in another one.

Earlier, this morning, Karan revealed that he feels honored as he was on his way to shoot for another 'KWK' episode without revealing the names of the guests. He tweeted, “On my way to shoot an episode of #KoffeeWithKaran that I am so honoured to shoot! A proud cup of koffeetoday...any guesses?”

On my way to shoot an episode of #KoffeeWithKaran that I am so honoured to shoot! A proud cup of koffee today...any guesses?

Now, we know what he was talking about and why he was so excited!

This weekend (9th December), the dynamic duo of Diljit Dosanjh & Badshah will be seen sharing the couch & the promos show the amazing chemistry shared by the 'rockstar' and 'rapstar' respectively. Check out the promos below:

Coming back to the 'Baahubali' trio, are you excited for Prabhas, Rana and S. S. Rajamouli's debut on 'Koffee with Karan'? Tell us in the comments section below!