Bhumi Pedenkar on 'Koffee With Karan 6': I always wanted to be an actor

By: IANS
Updated: 27 Jan 2019 03:08 PM
Mumbai: 'Dum Laga Ke Haisha' star Bhumi Pednekar says getting into Bollywood was no accident as she always wanted to be an actor. "I have always wanted to be an actor," Bhumi said, adding that she started working at a young age and was persistent in her belief that "eventually it would happen". Before trying in films, Bhumi was assistant to Shanoo Sharma, the casting director of Yash Raj Films (YRF), which produced 'Dum Laga Ke Haisha'. 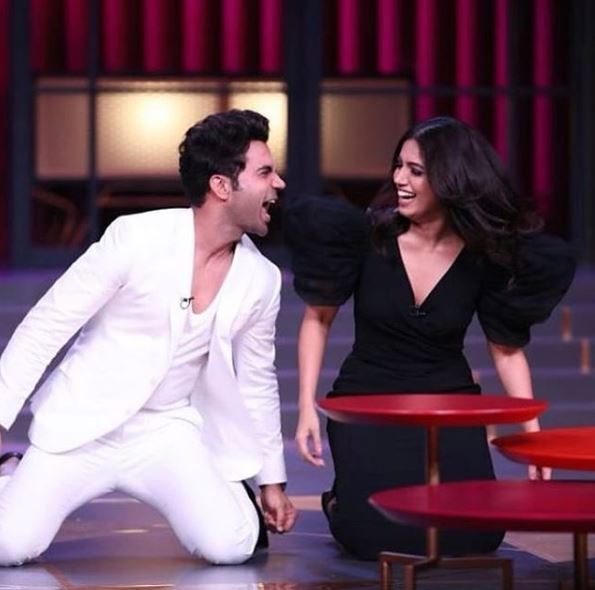 Rajkummar-Bhumi in a still from 'Koffee with Karan 6' (Photo: Instagram)