Bollywood actors Ranbir Kapoor and Alia Bhatt unveiled the logo of their film ‘Brahmastra’ in a spectacular fashion at Kumbh Mela on the occasion of Mahashivratri. 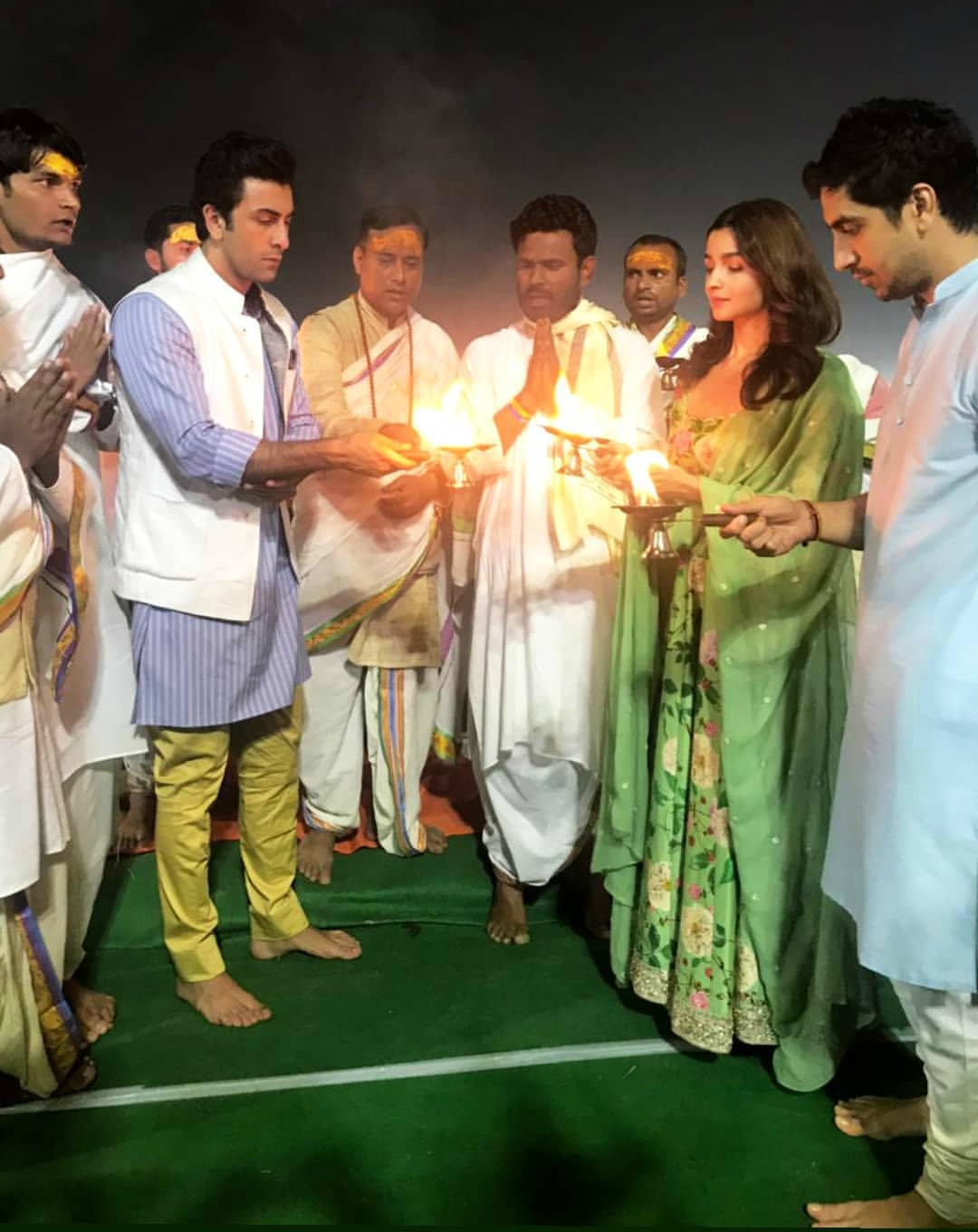 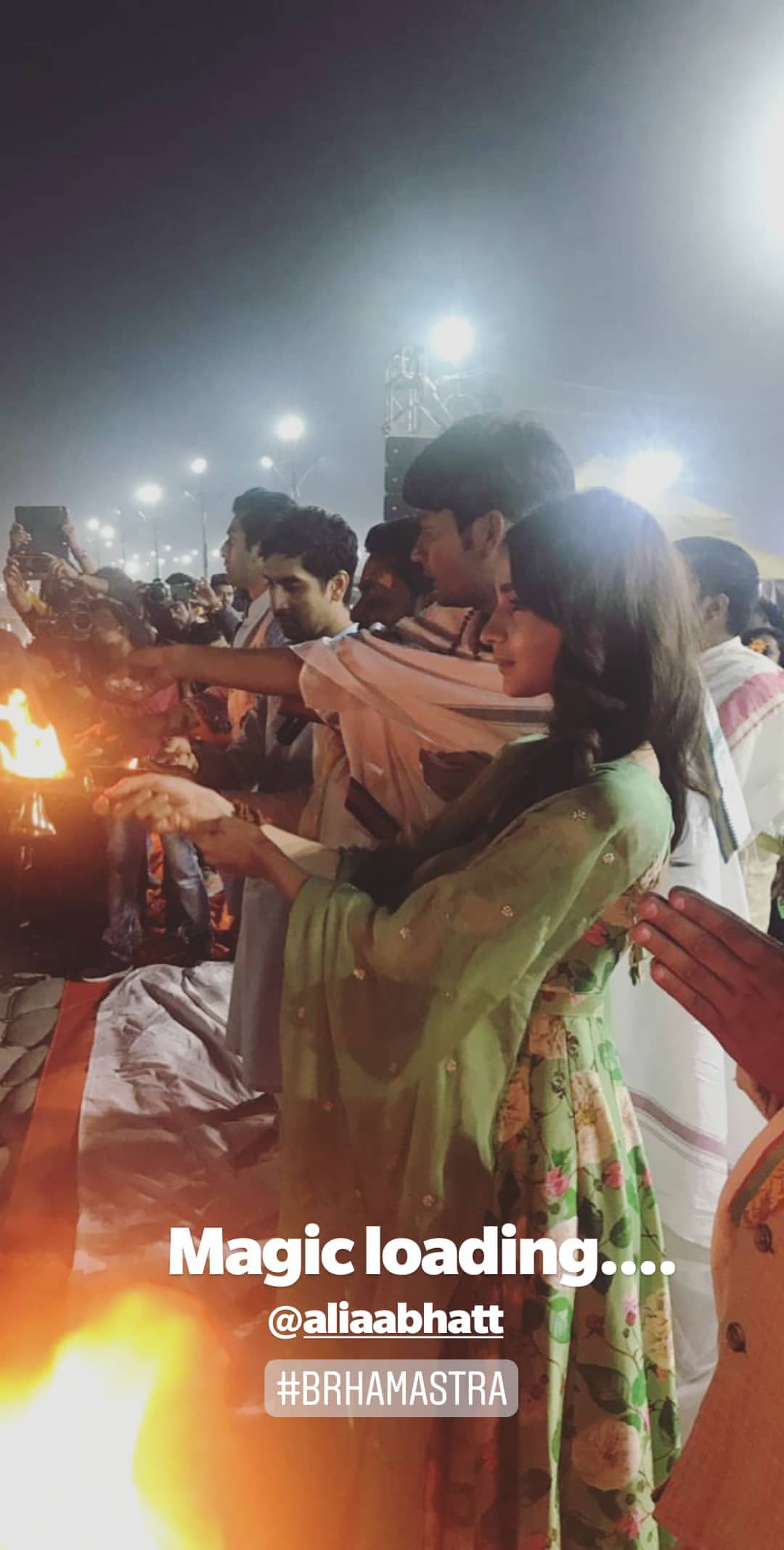 Here's a picture of Alia performing the aarti at Kumbh Mela 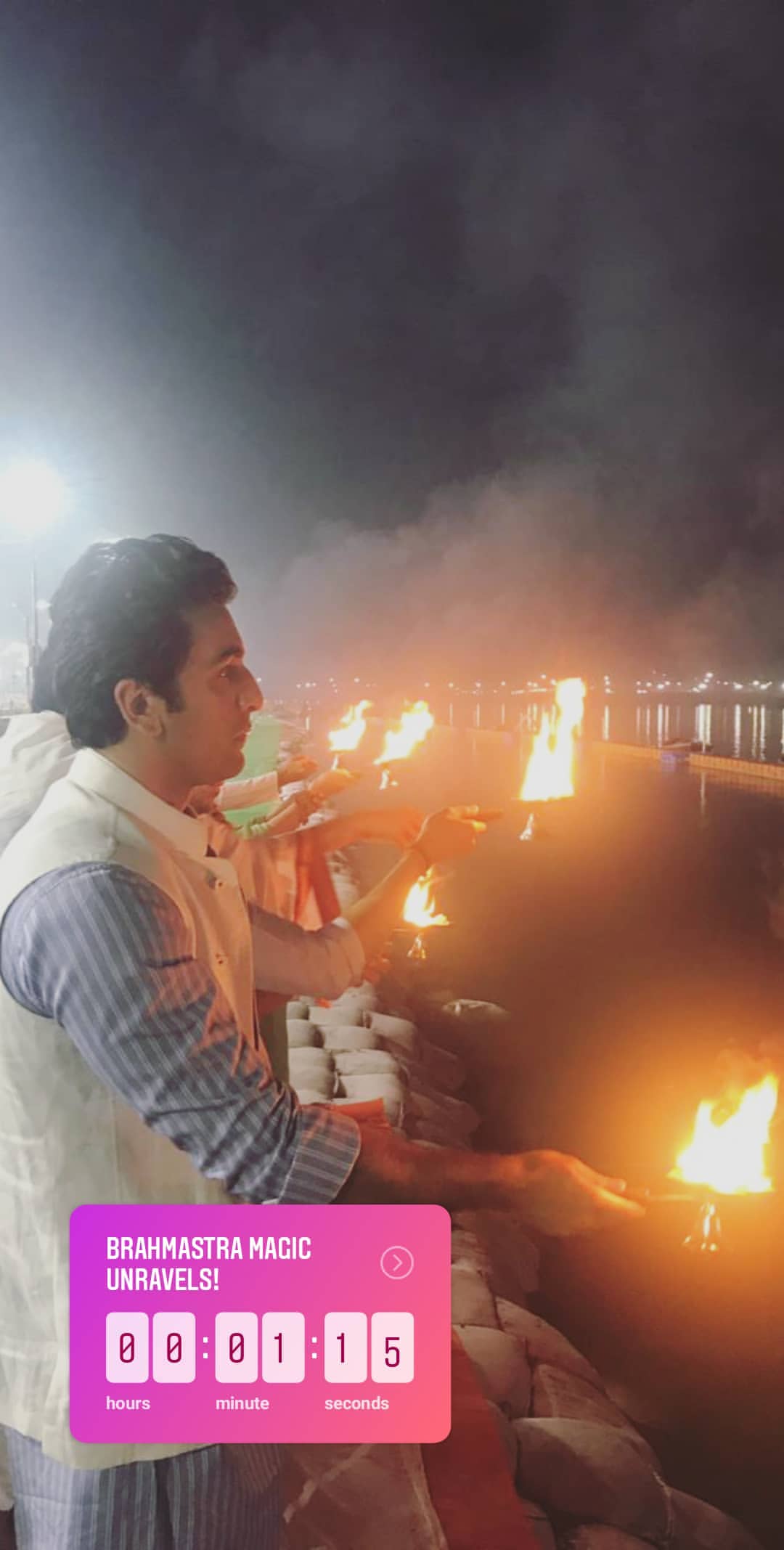 Ranbir, who delivered the blockbuster hit ‘Sanju’ last year, can be seen performing the aarti in this picture. 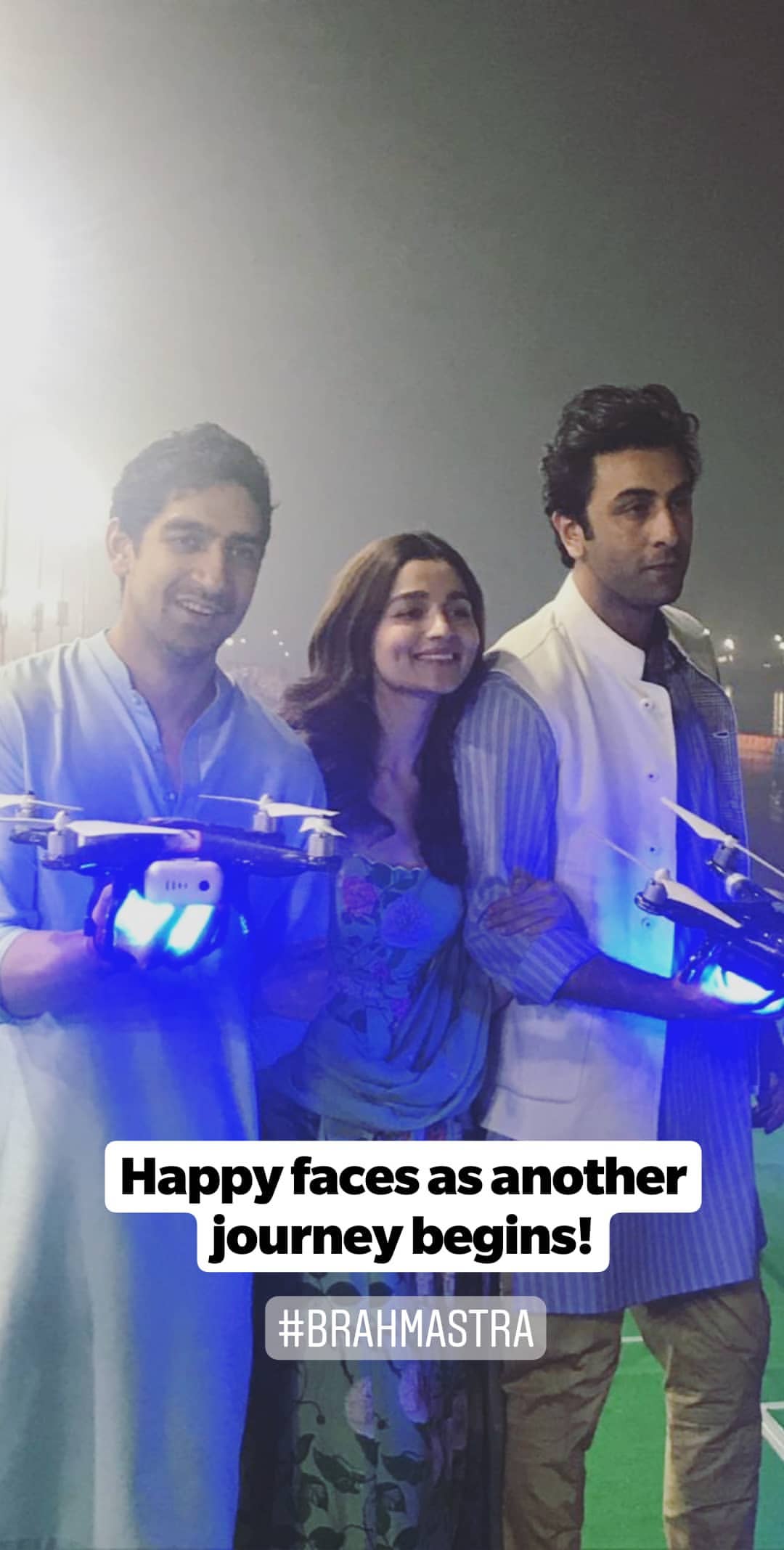 Alia Bhatt and Ranbir Kapoor can be seen beaming with joy as they get ready to unveil what the film’s team is calling ‘spectacle’. 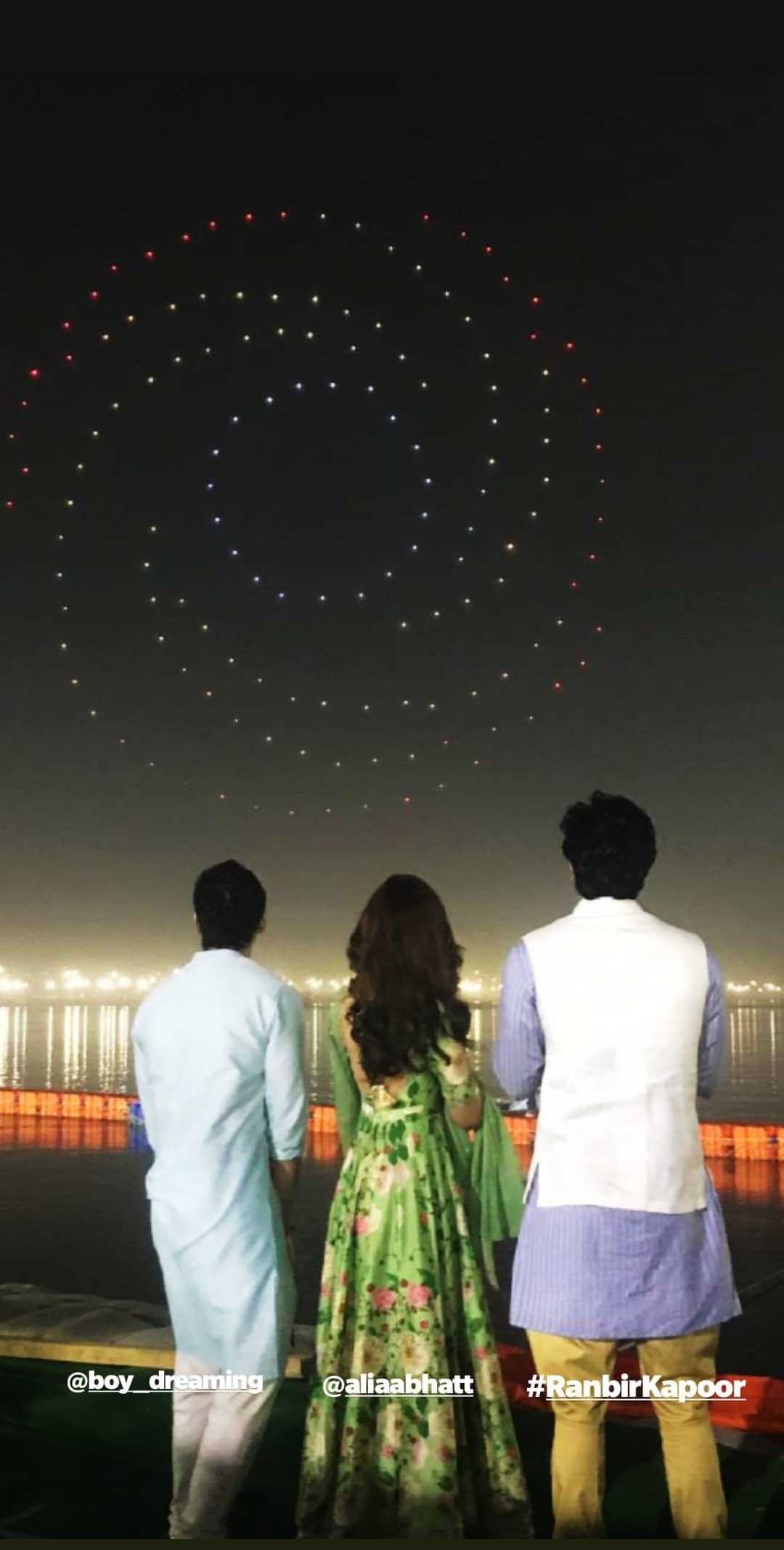 Here’s a picture of the trio of Ayan, Aarti and Ranbir during the logo launch. 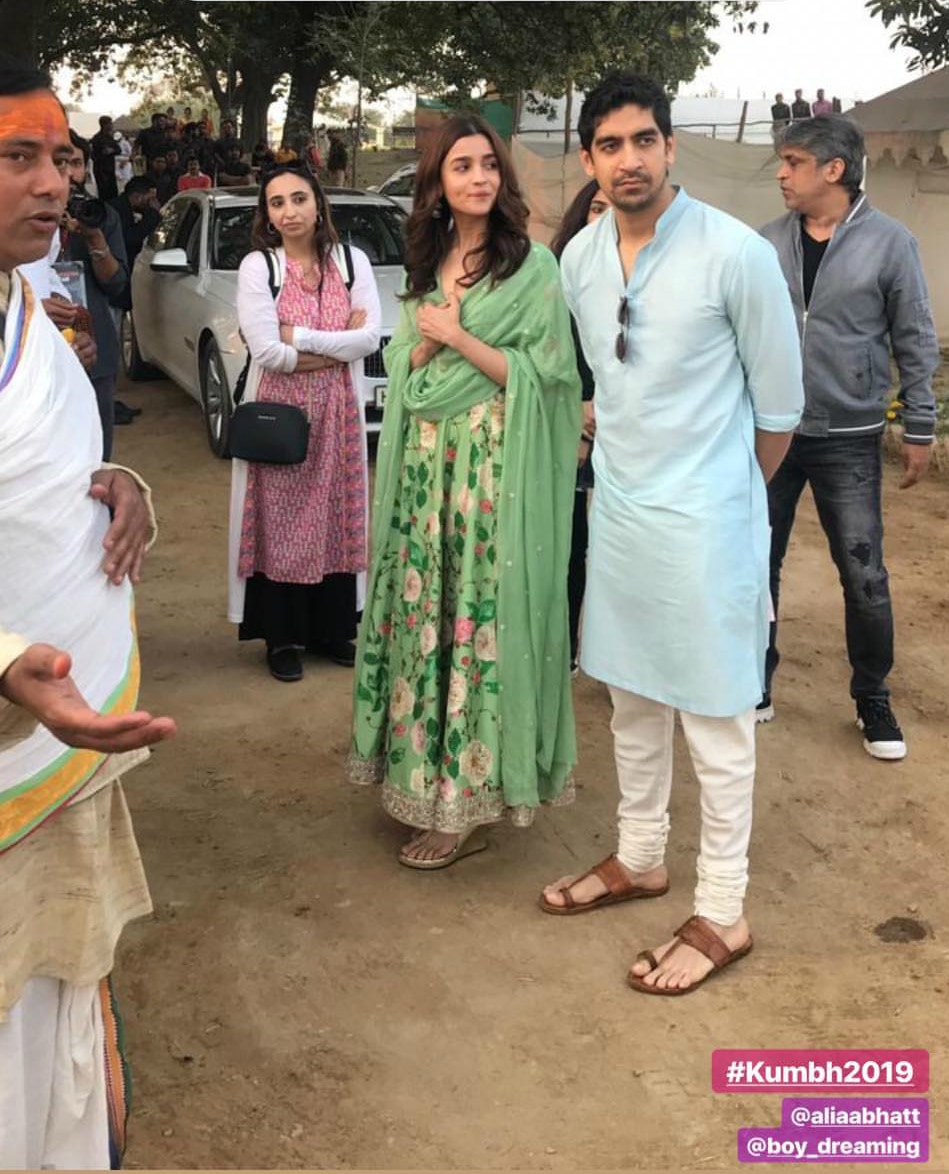 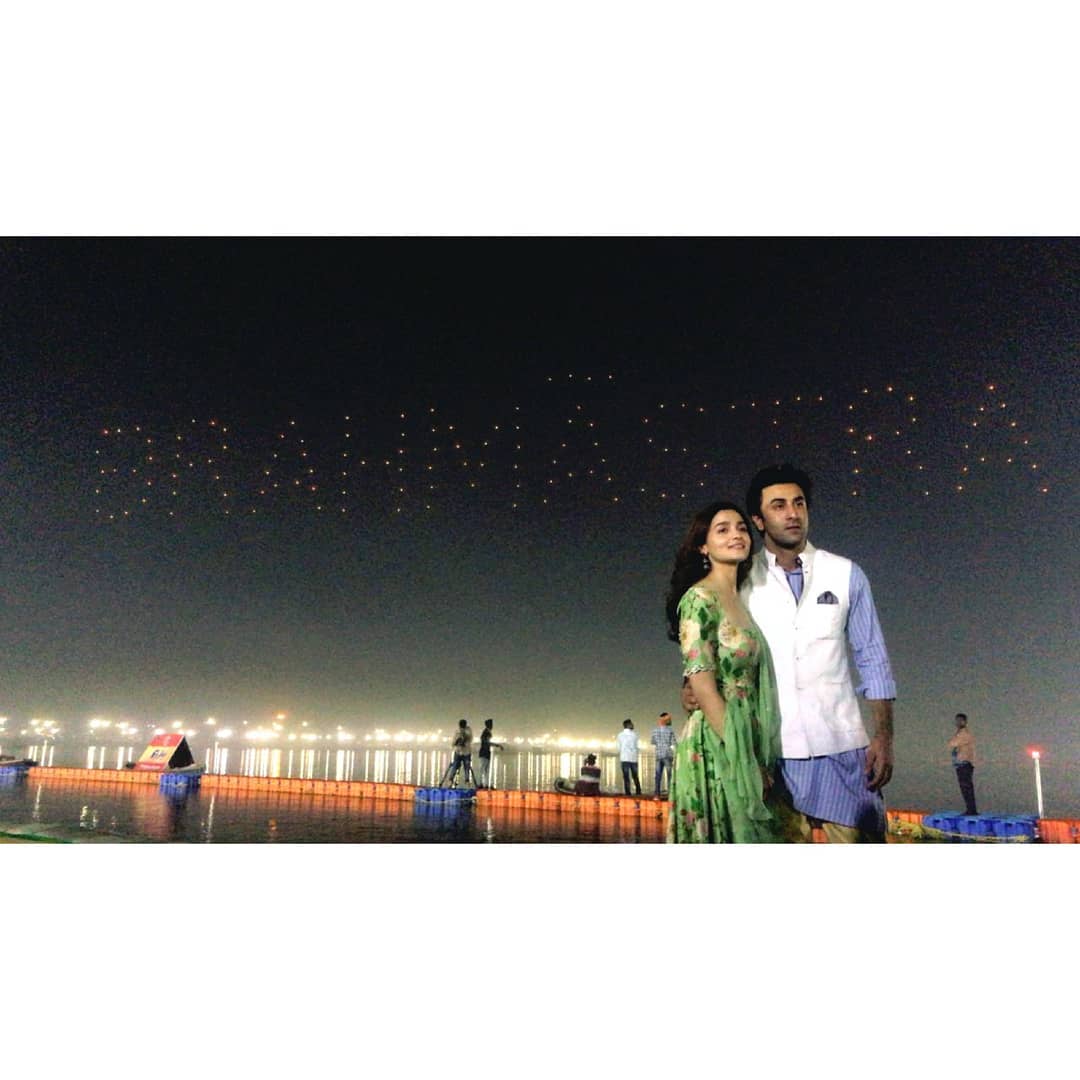 Ranbir and Alia are playing the respective roles of Shiva and Isha in ‘Brahmastra’. 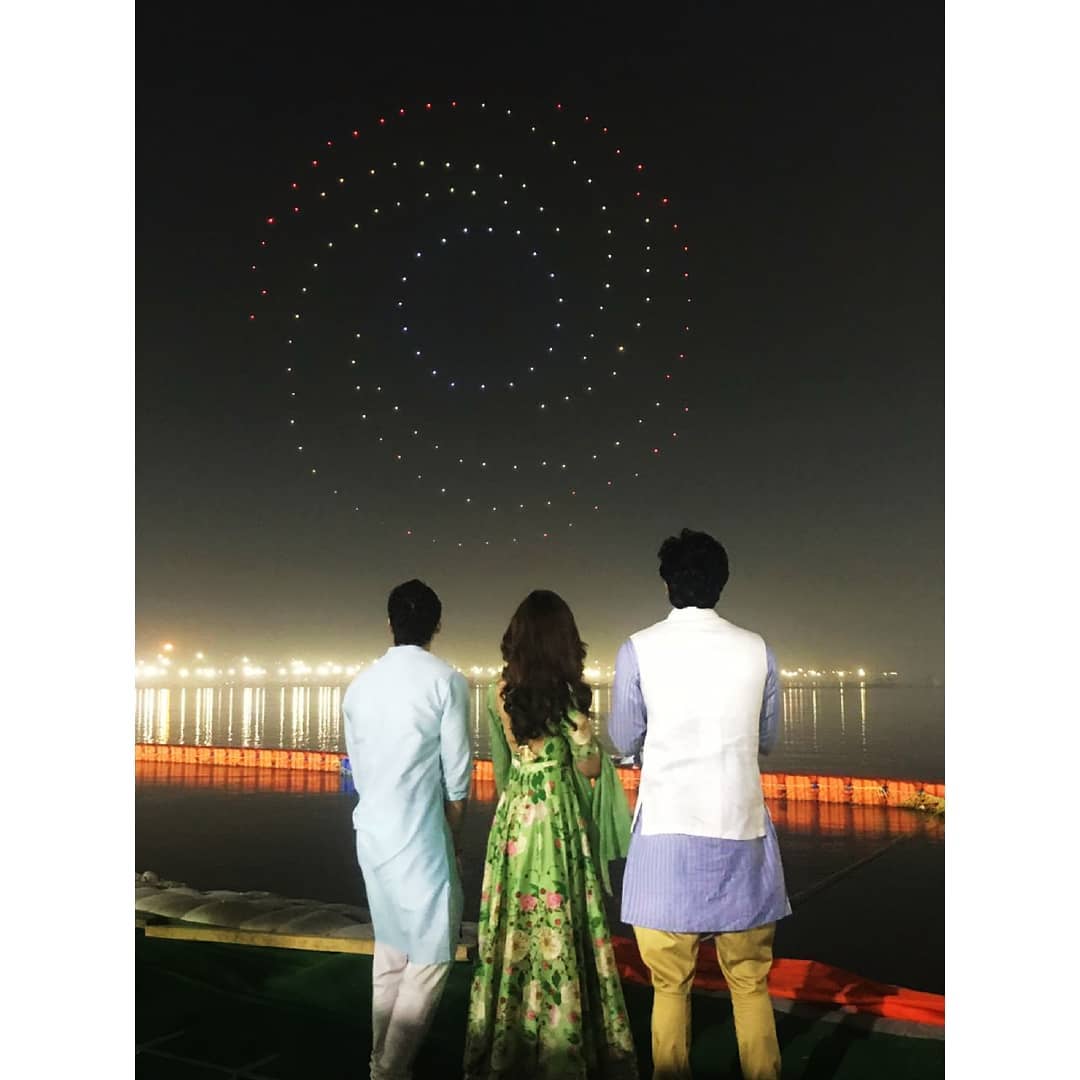 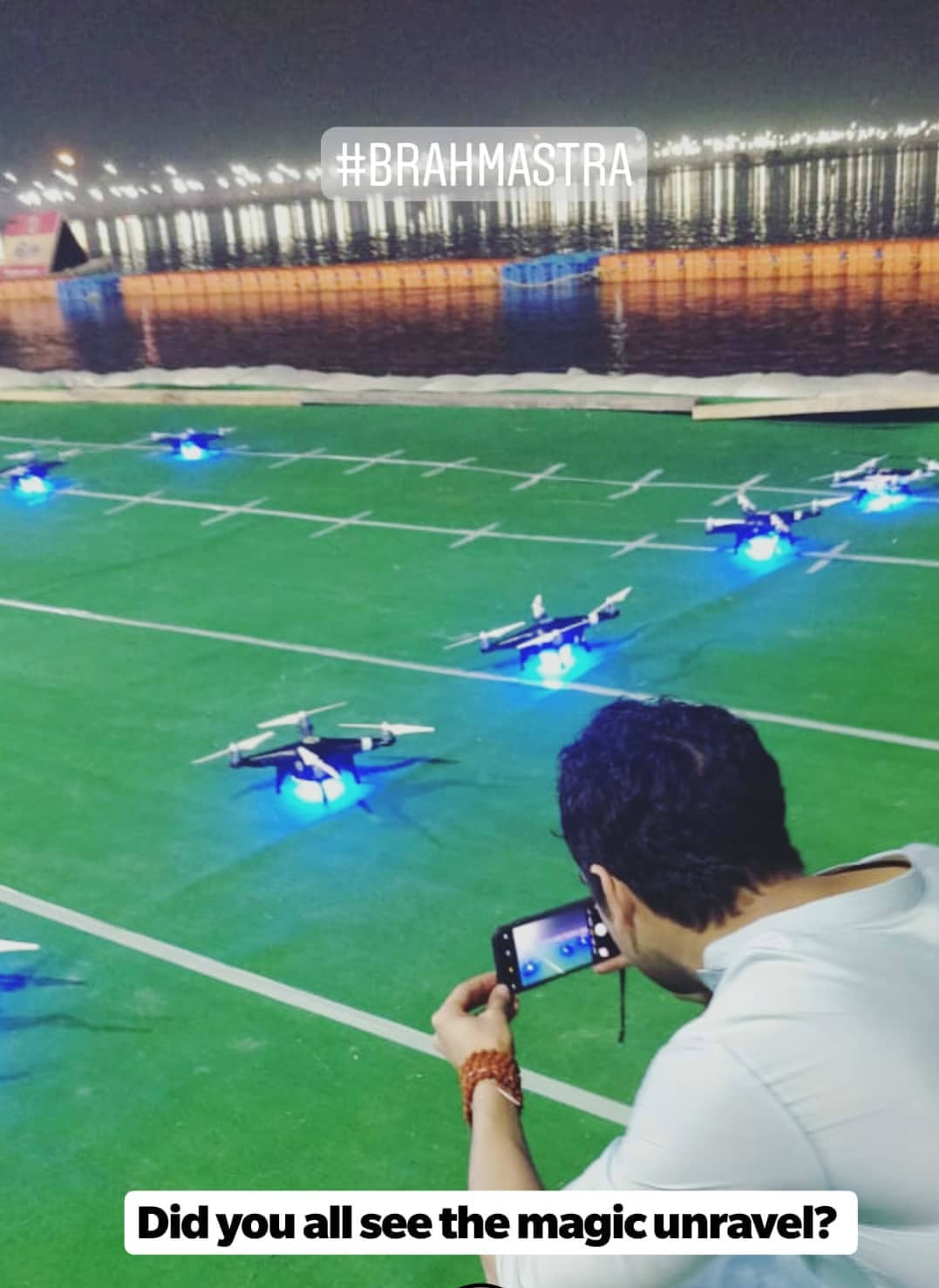 Ranbir can be seen taking a picture of the drones before they took up to the sky. Brahmastra is slated to hit the silver screen during Christmas this year. Ranbir and Alia watched the spectacle as 150 drones took to the sky and made formations ranging from the Indian flag (tricolor) to the Brahmastra’s title and its logo. 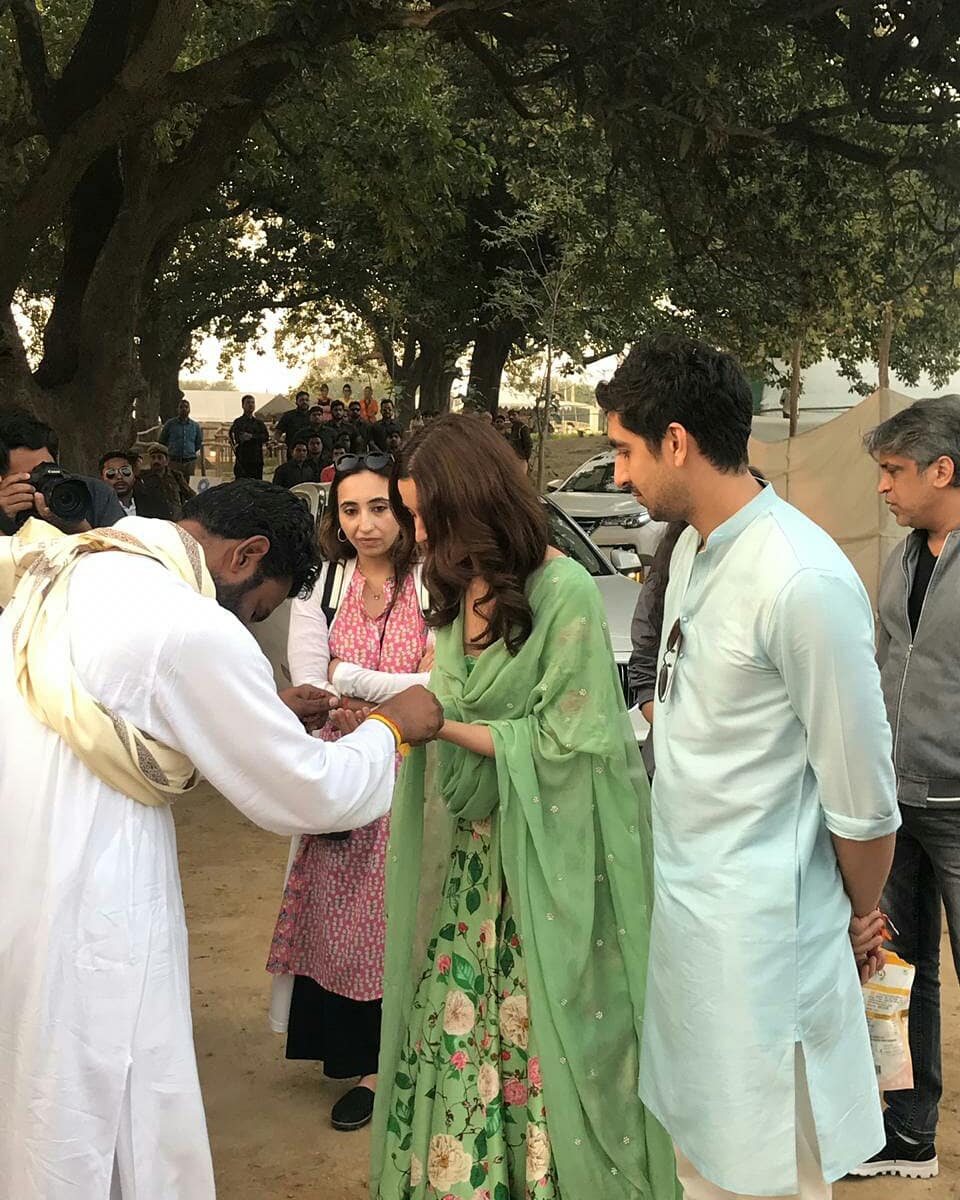 Bhramastra will be Alia and Ranbir's first film together and fans are super excited to their pairing on the silver screen. 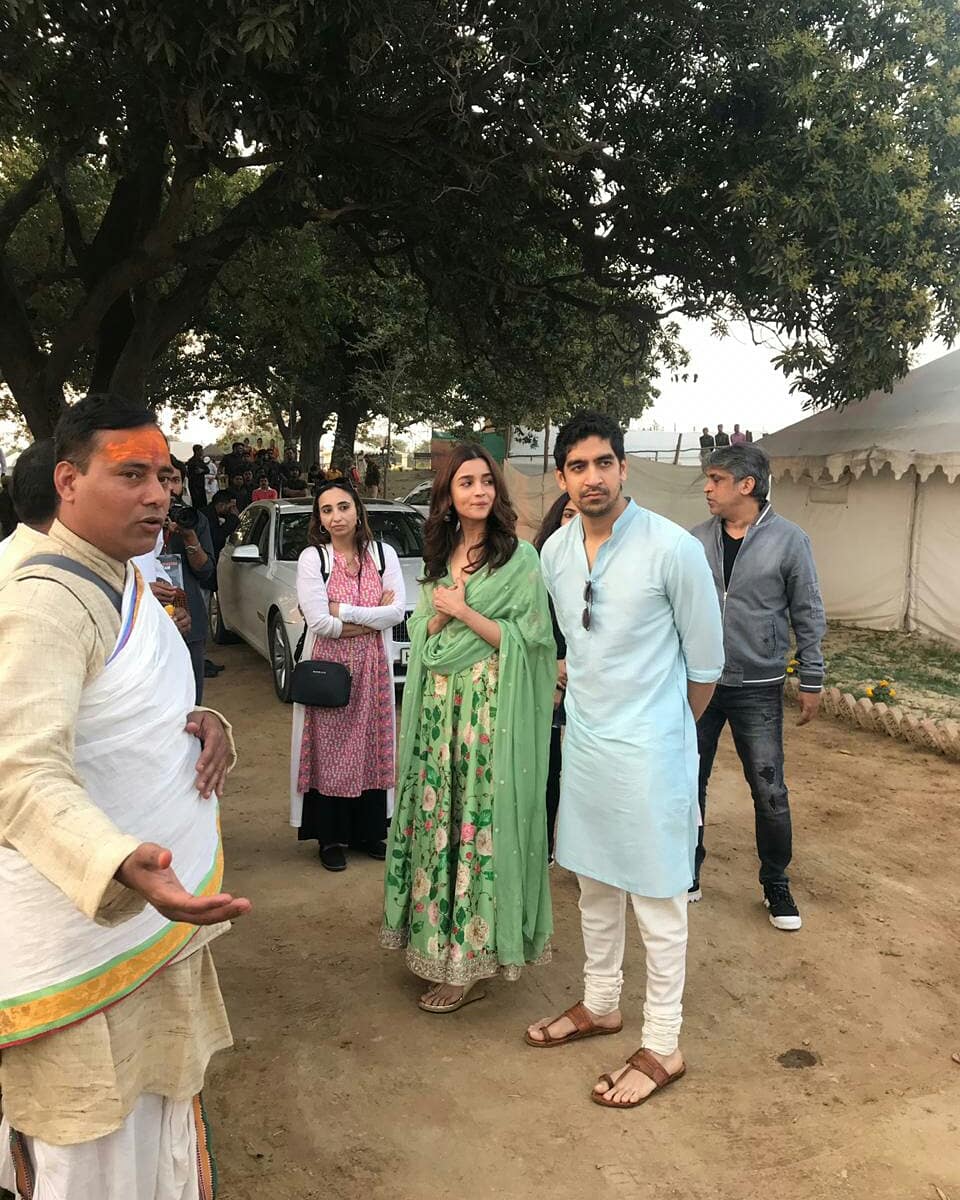 Alia, who was recently seen in ‘Gully Boy’, looked stunning in her traditional outfit. 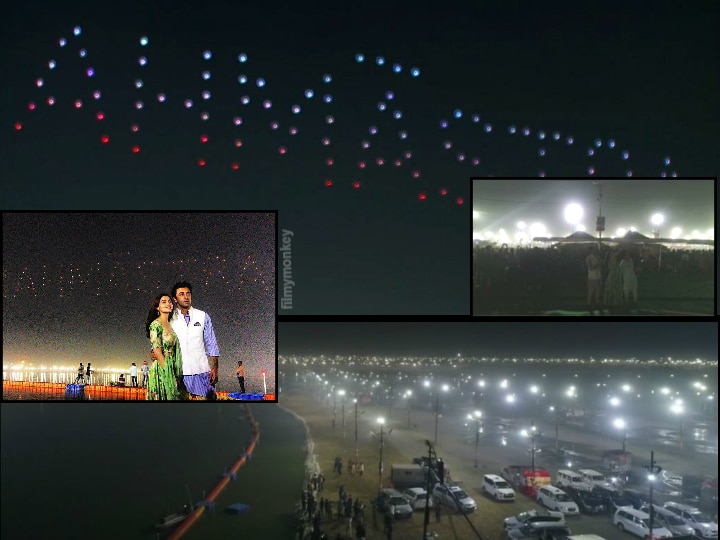 The video from the grand logo launch of Brahmastra is on the site. You can check it from there. (All PICS Credit- Instagram)