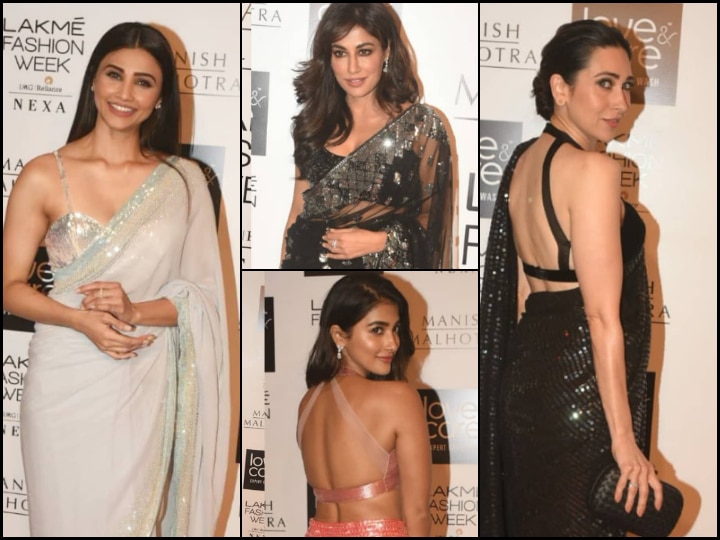 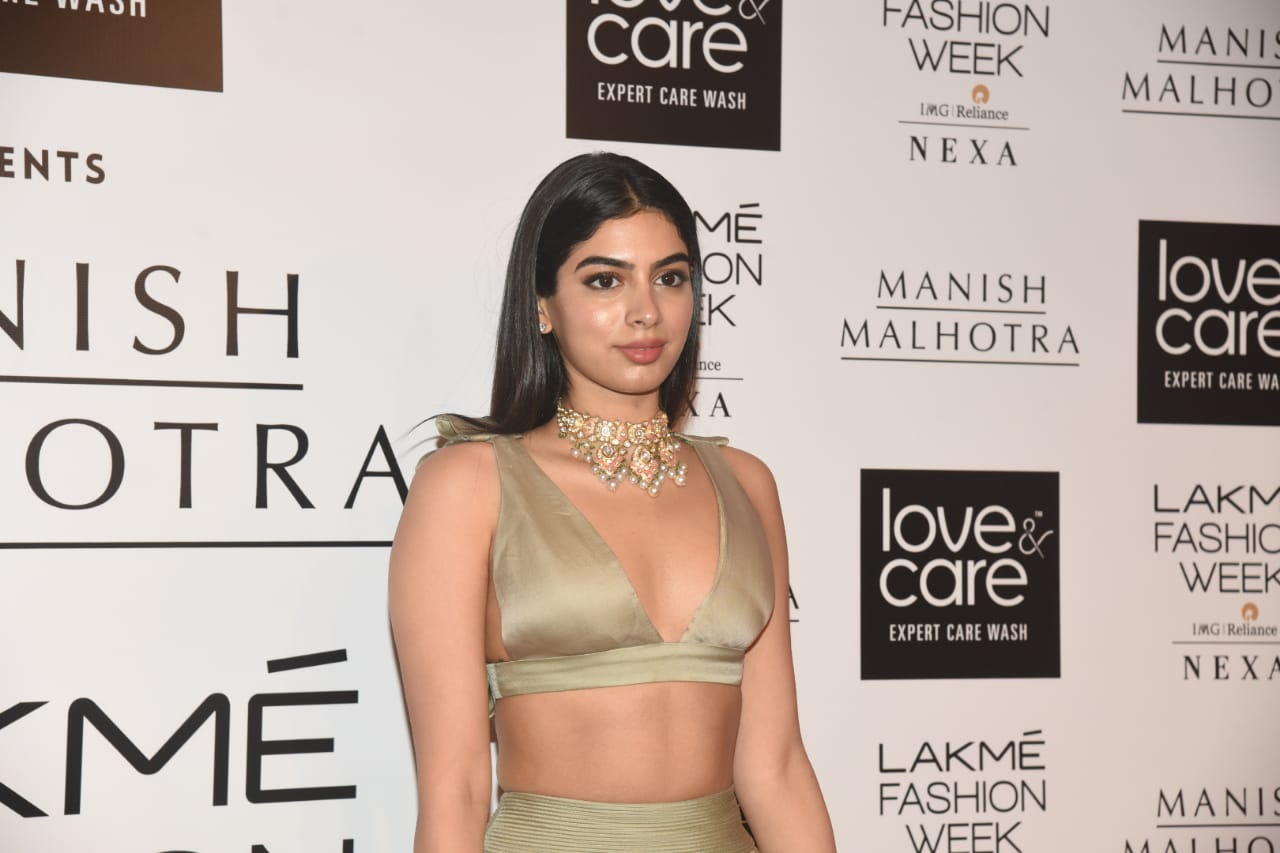 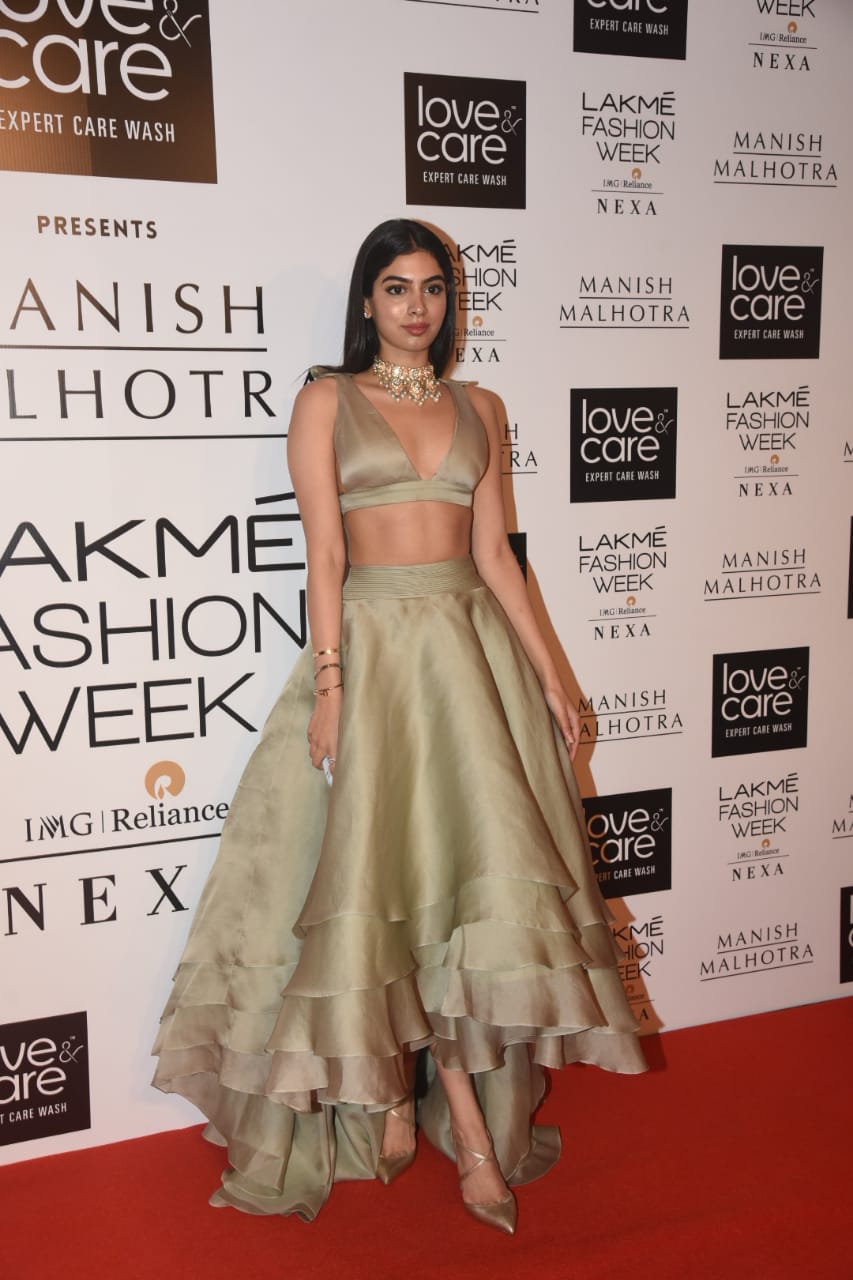 Khushi Kapoor, who is a paparazzi favourite, looked stunning in her outfit. 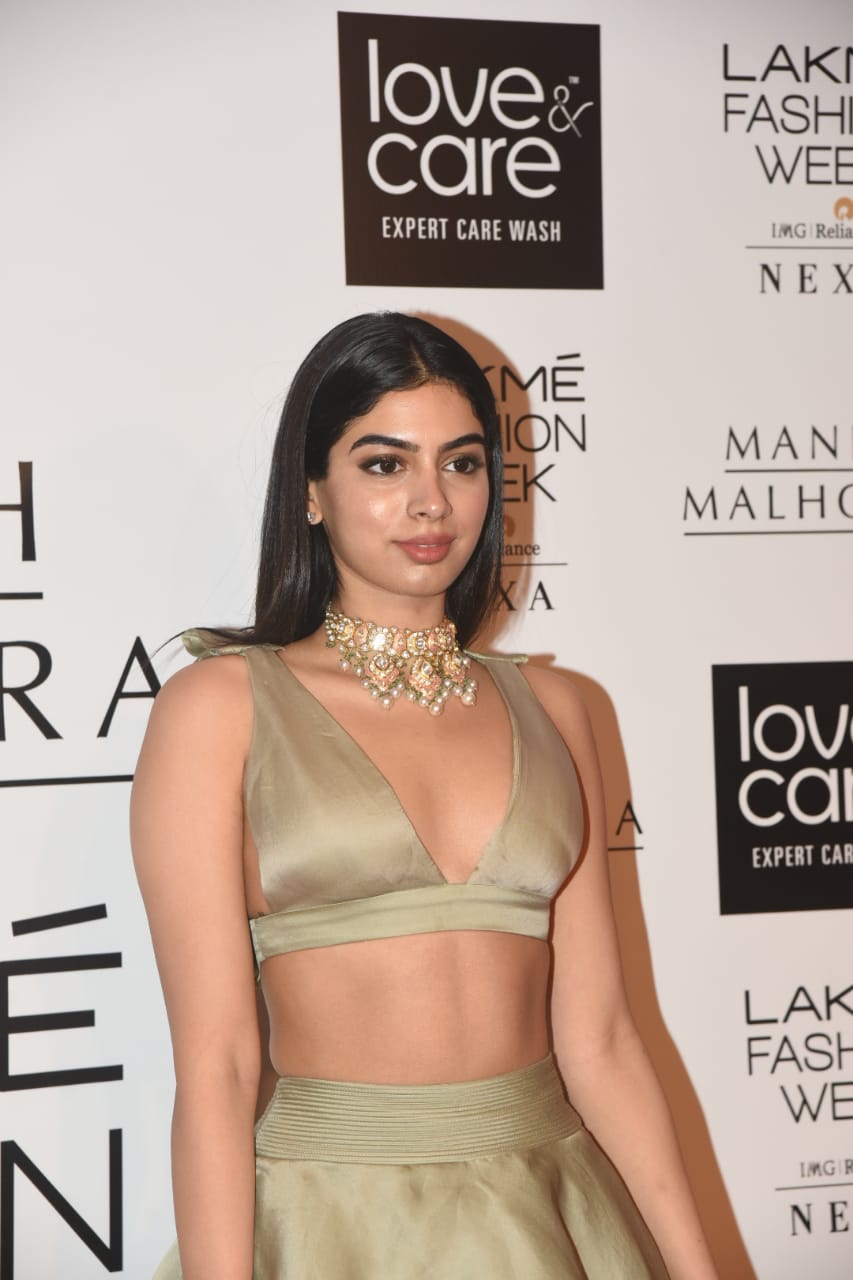 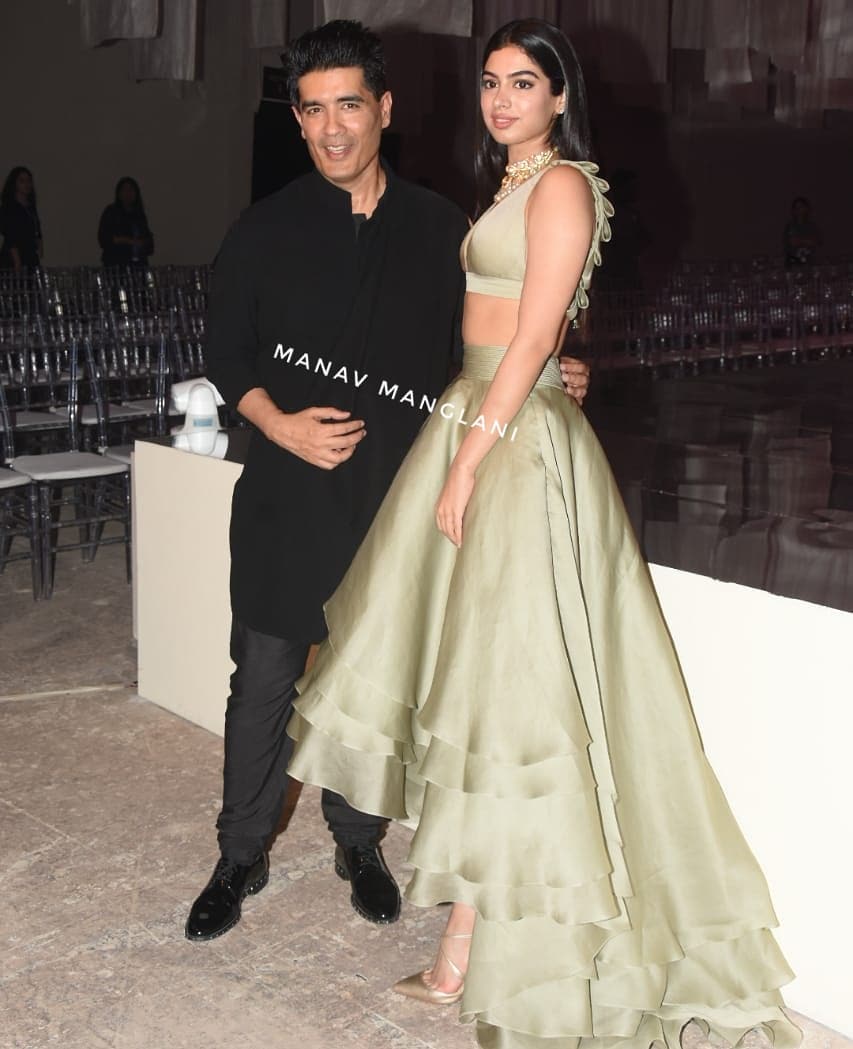 Dia Mirza, who announced her separation with husband Sahil Sangha, looked beautiful in a saree. 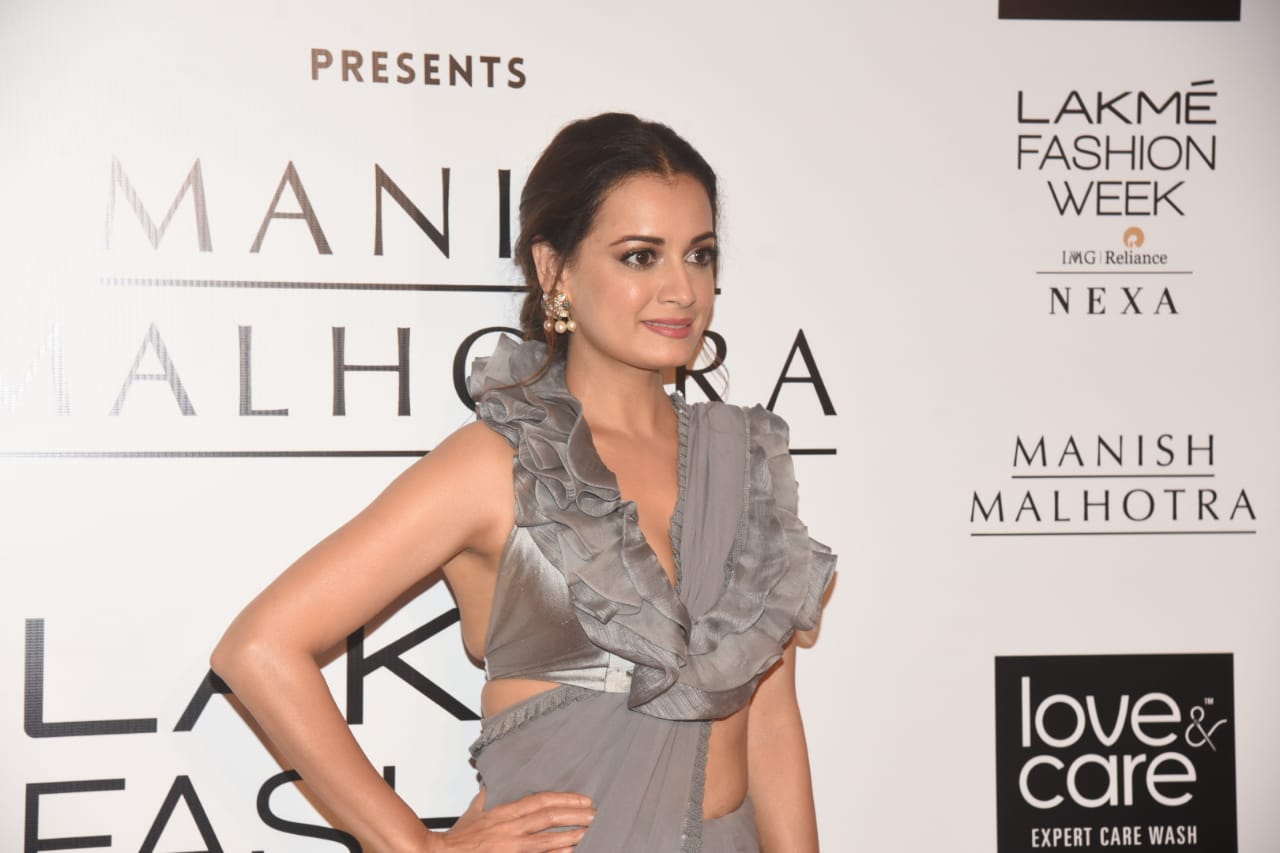 Dia Mirza, who was last seen in the web series Kaafir opposite Mohit Raina, flaunted her million dollar smile. 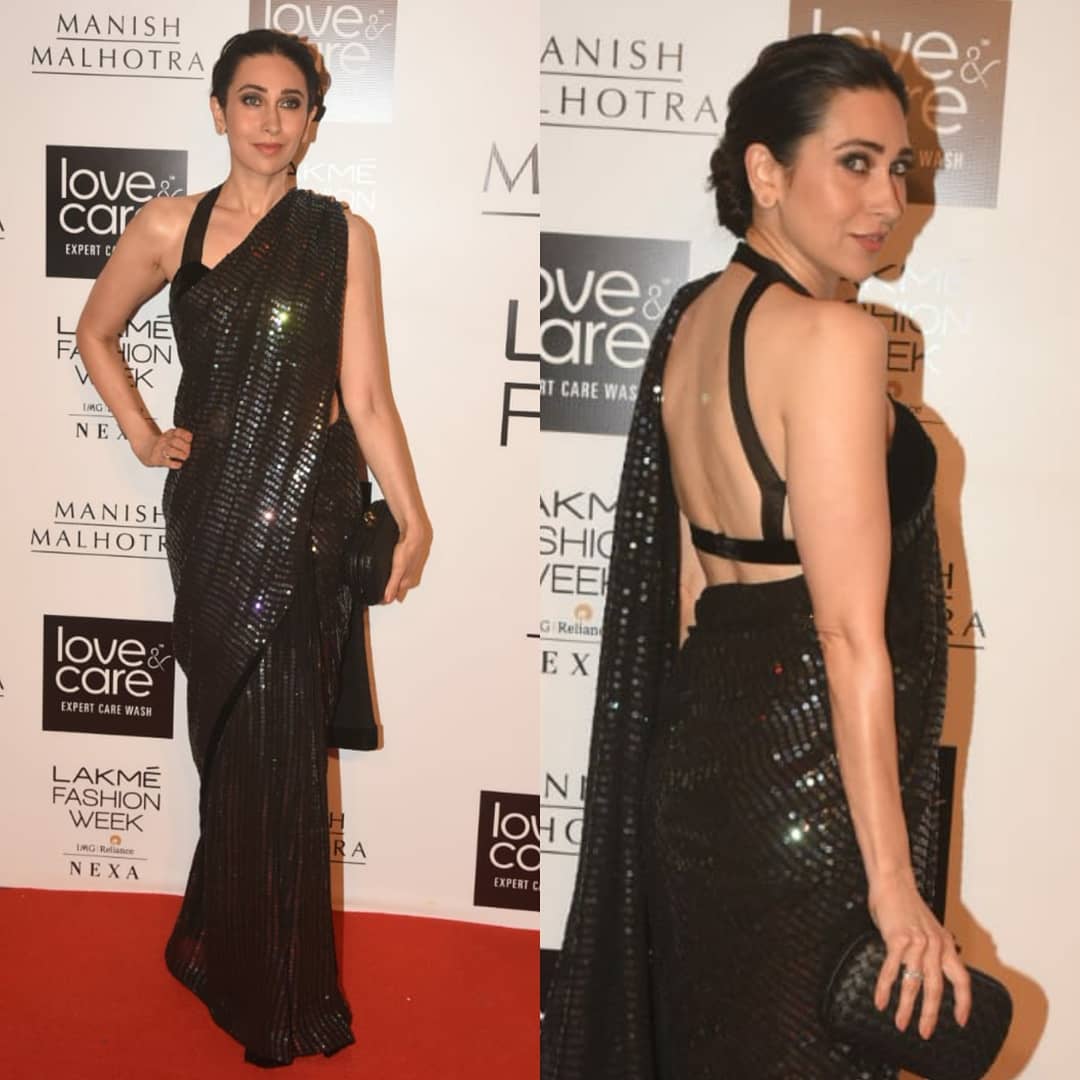 Bollywood diva Karisma Kapoor made several hearts skip a beat with her sexy avatar in a black saree. 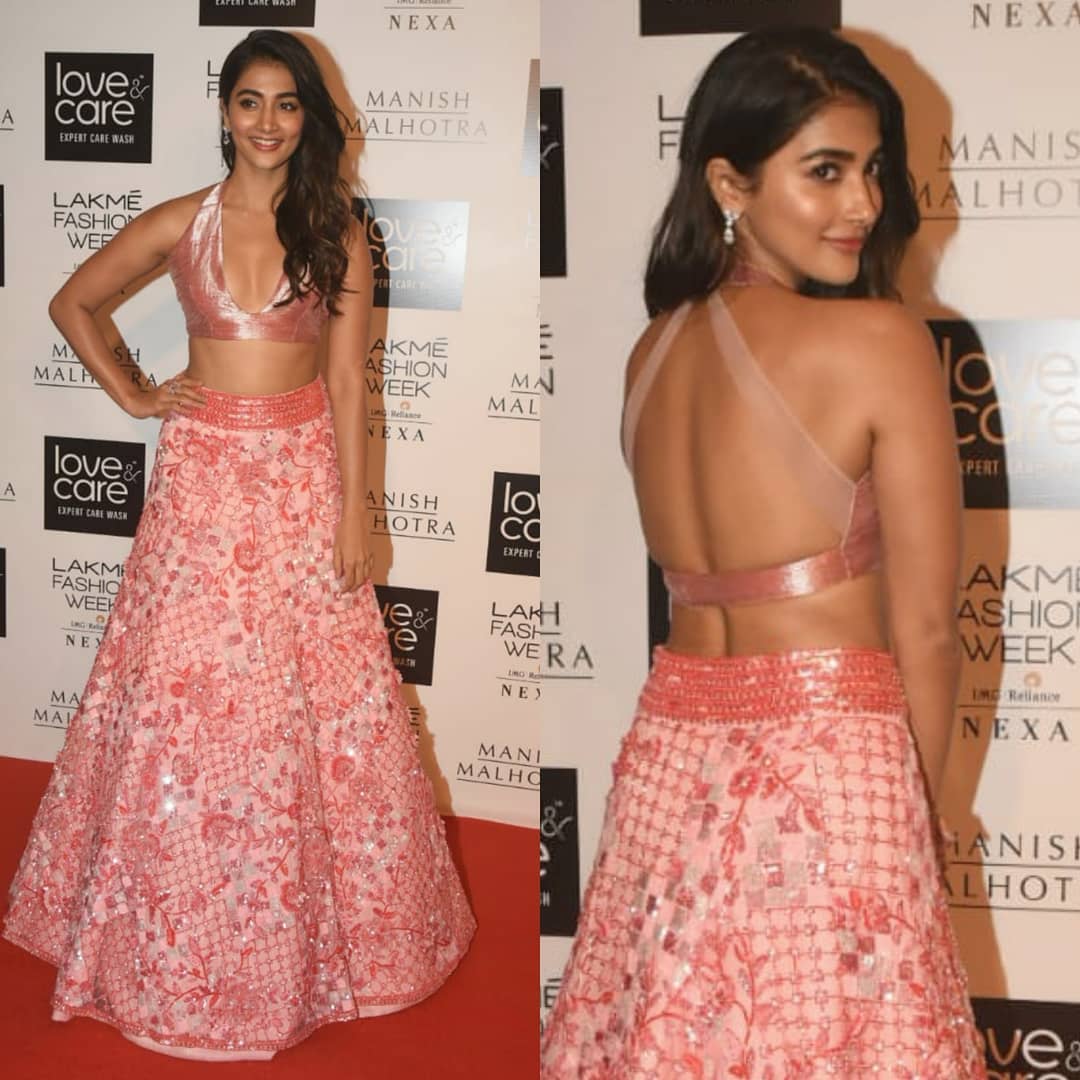 Pooja Hedge, who made her Bollywood debut with Ashutosh Gowariker's ‘Mohenjo Daro’ opposite Hritik Roshan, looked gorgeous in her peach coloured outfit. 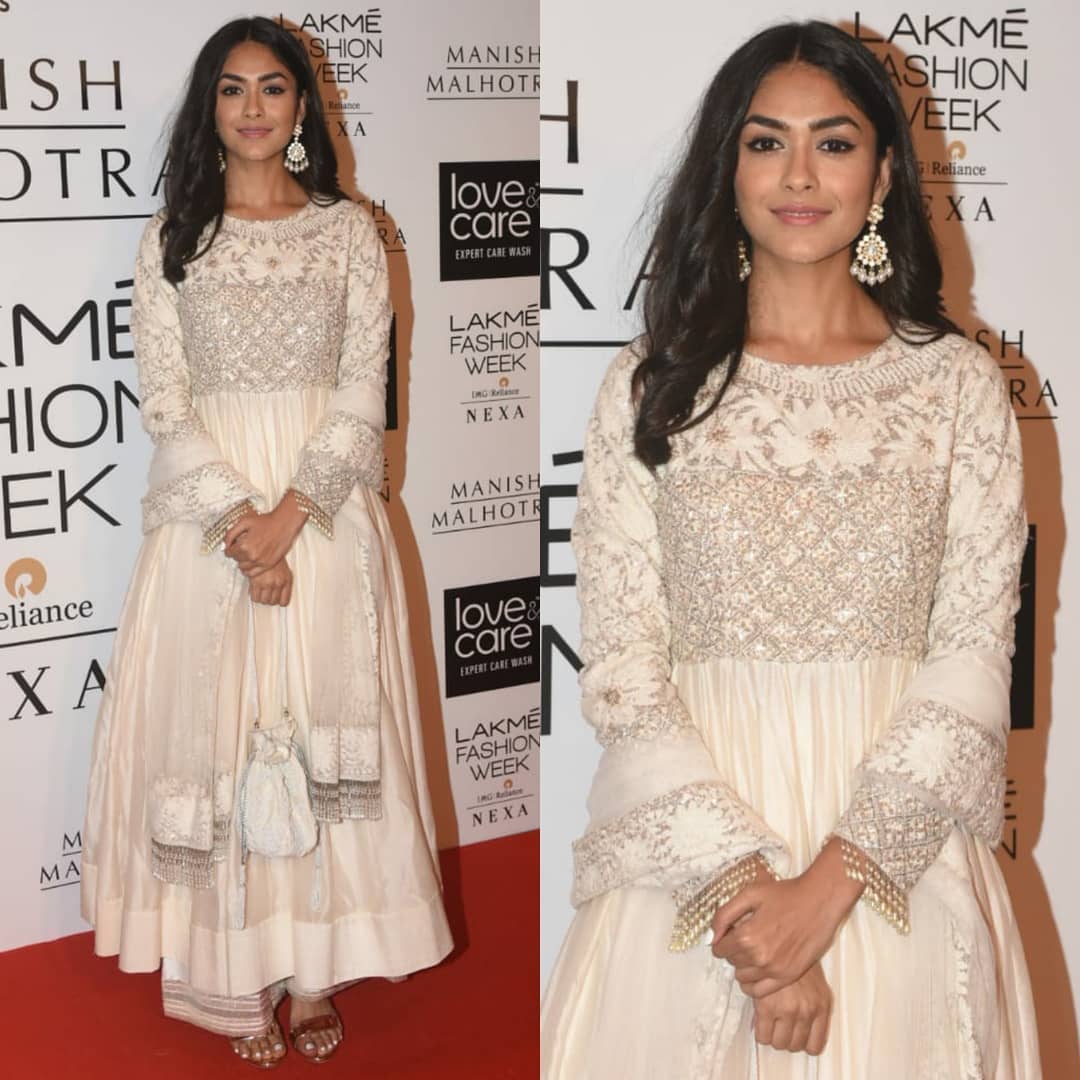 Mrunal Thakur, who was recently seen in John Abraham’s ‘Batla House’, looked elegant in her white outfit. Her jhumkas added to her look. 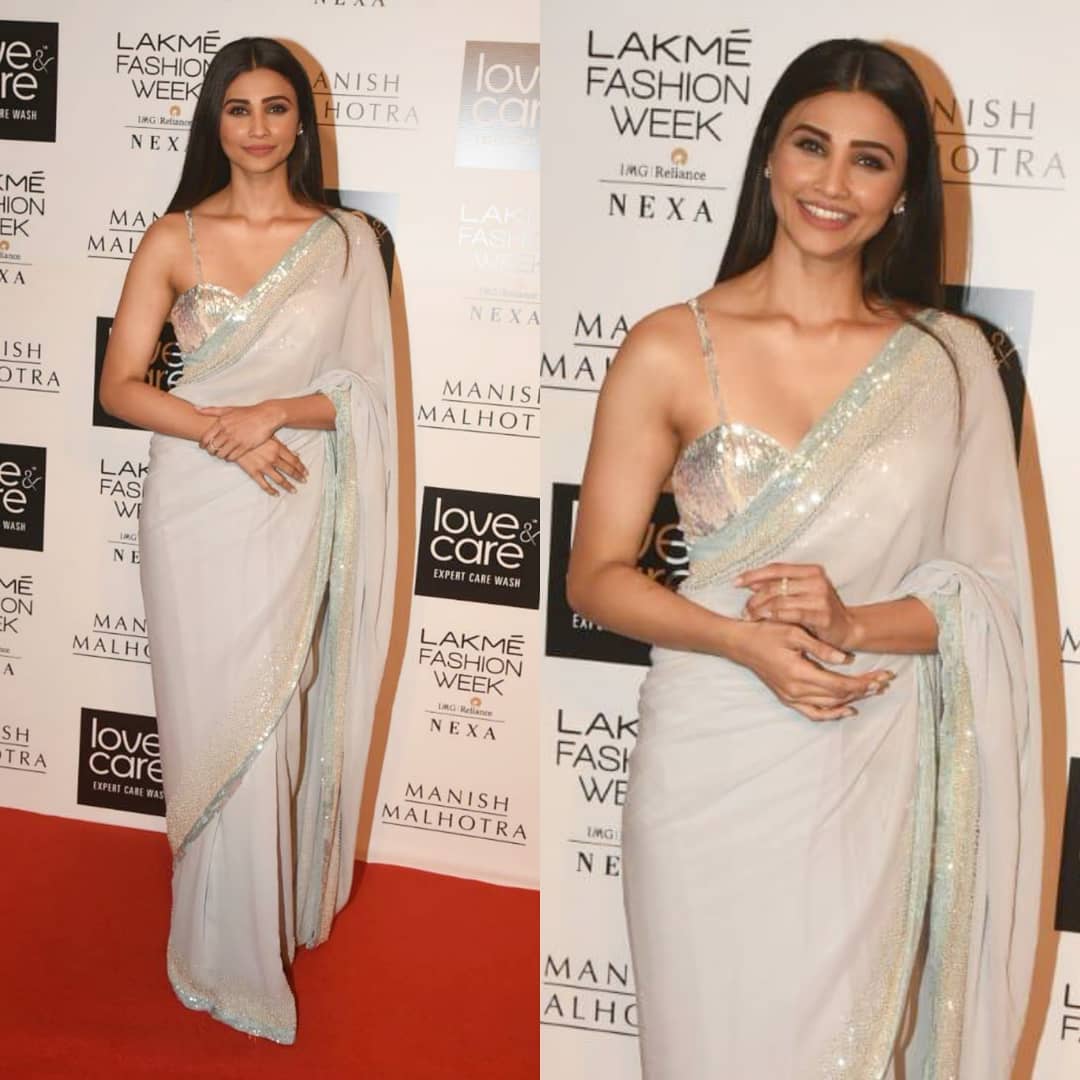 Daisy Shah opted for a powder blue saree for the star-studded event. Sophie Choudry looked sizzling in a pastel green ensemble and we liked her OOTD (Outfit of the day). 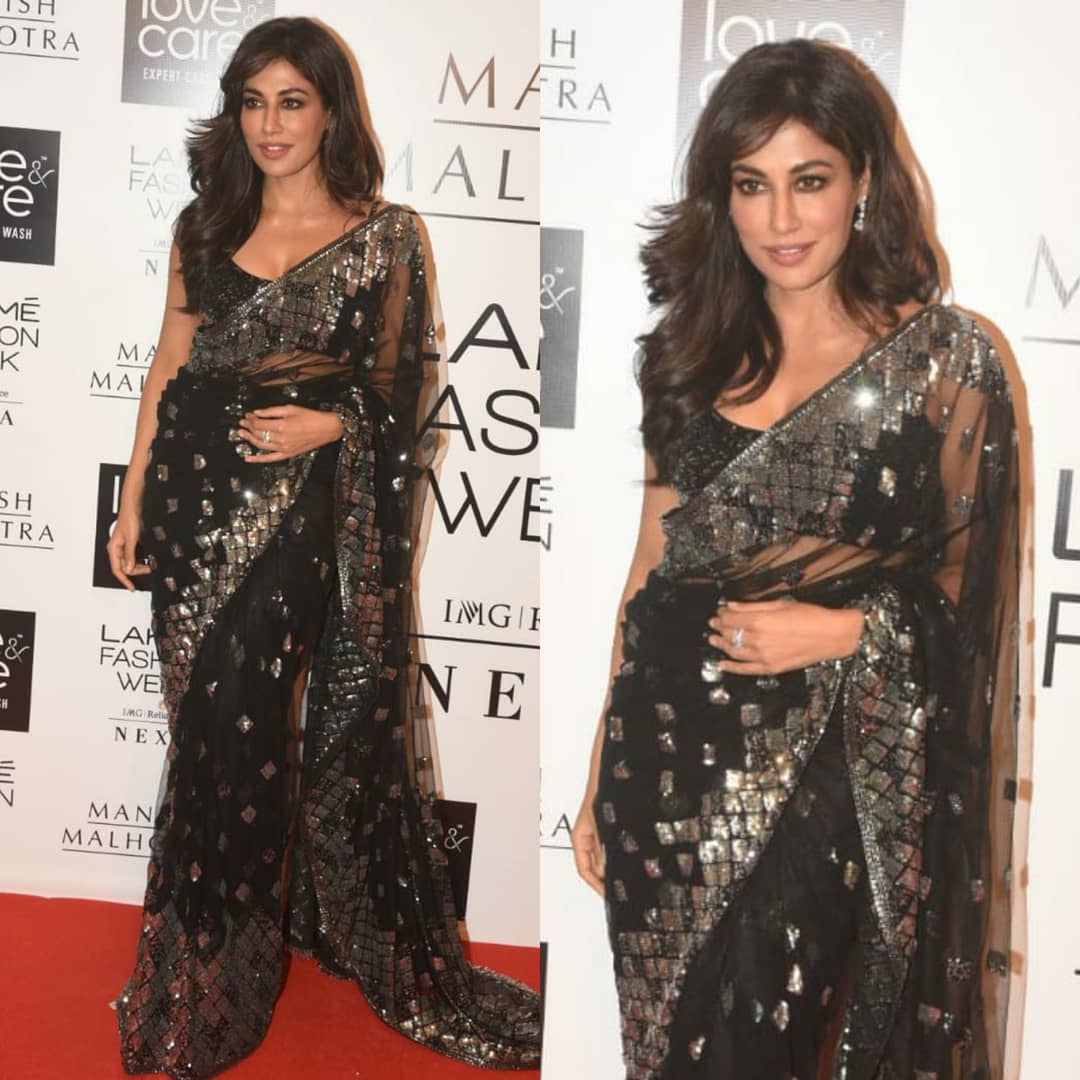 Chitrangada Singh set temperature on fire with in a sexy saree black saree. 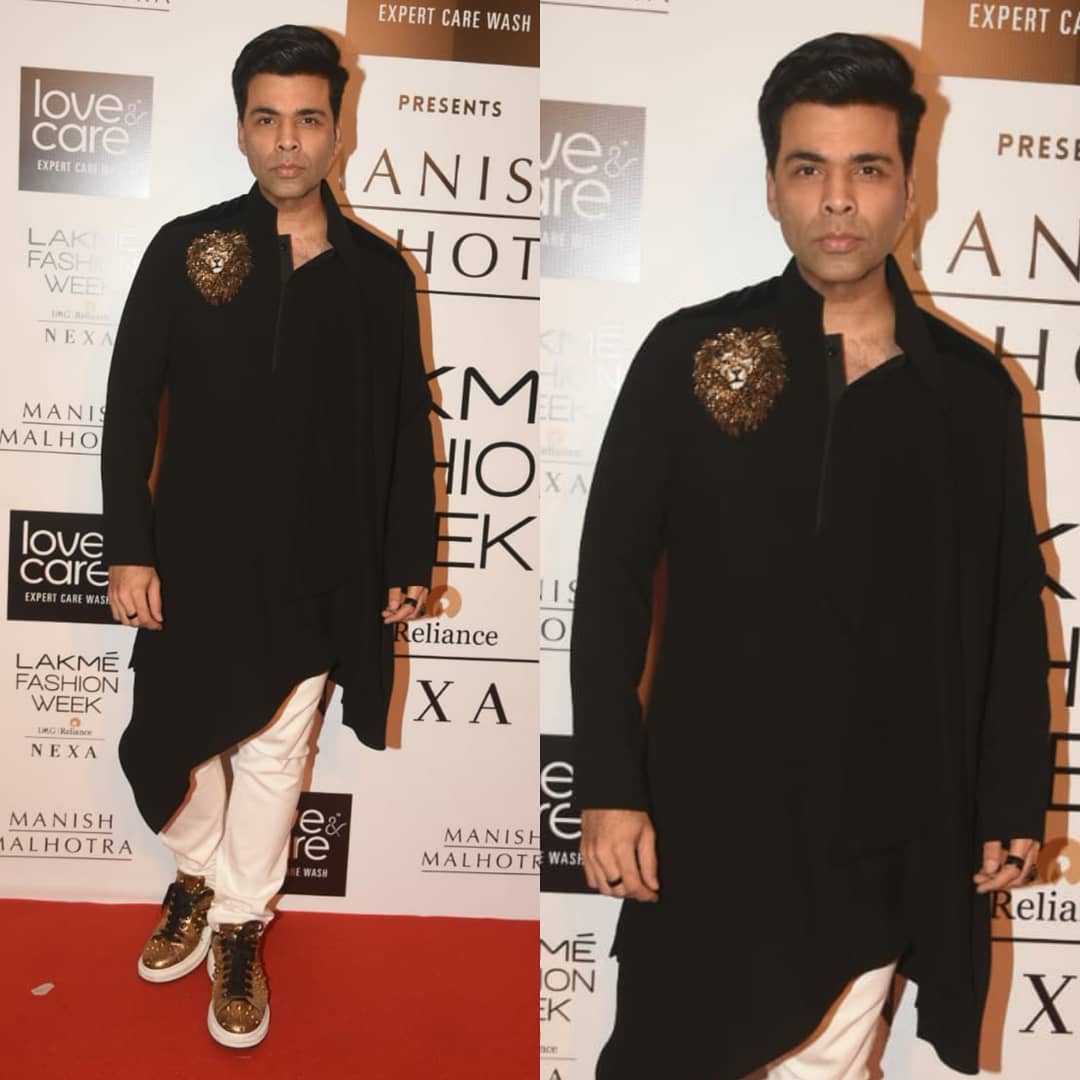 Bollywood filmmaker Karan Johar, who is a close friend of Manish Malhotra, attended the event to support him. 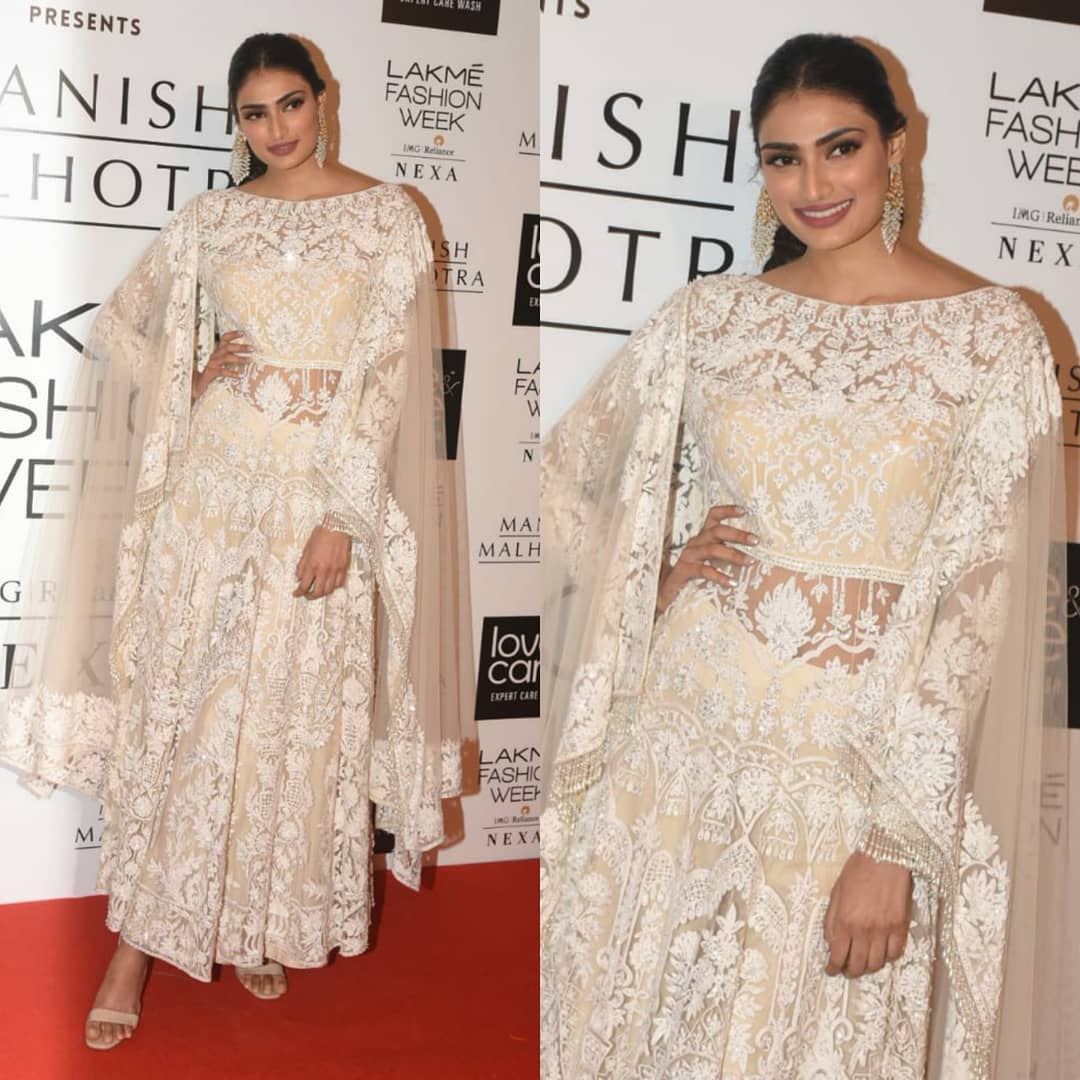