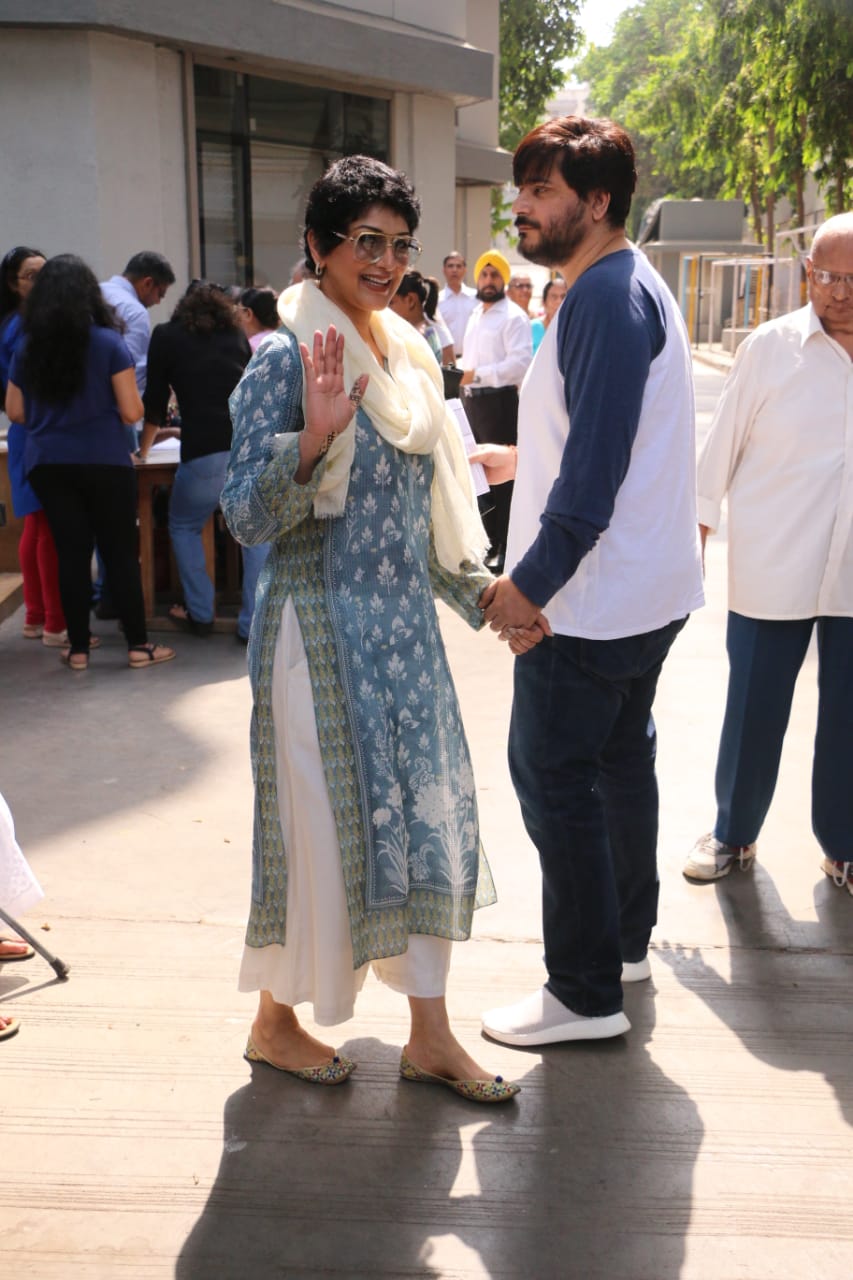 After her fight with cancer, Bollywood actress Sonali Bendre is now back in Mumbai and is spending time with her family and close-friends. Today (29th April), the actress stepped out with hubby Goldie Behl to cast her vote in the fourth phase of 'Lok Sabha Elections 2019'. (Photo: Manav Manglani) 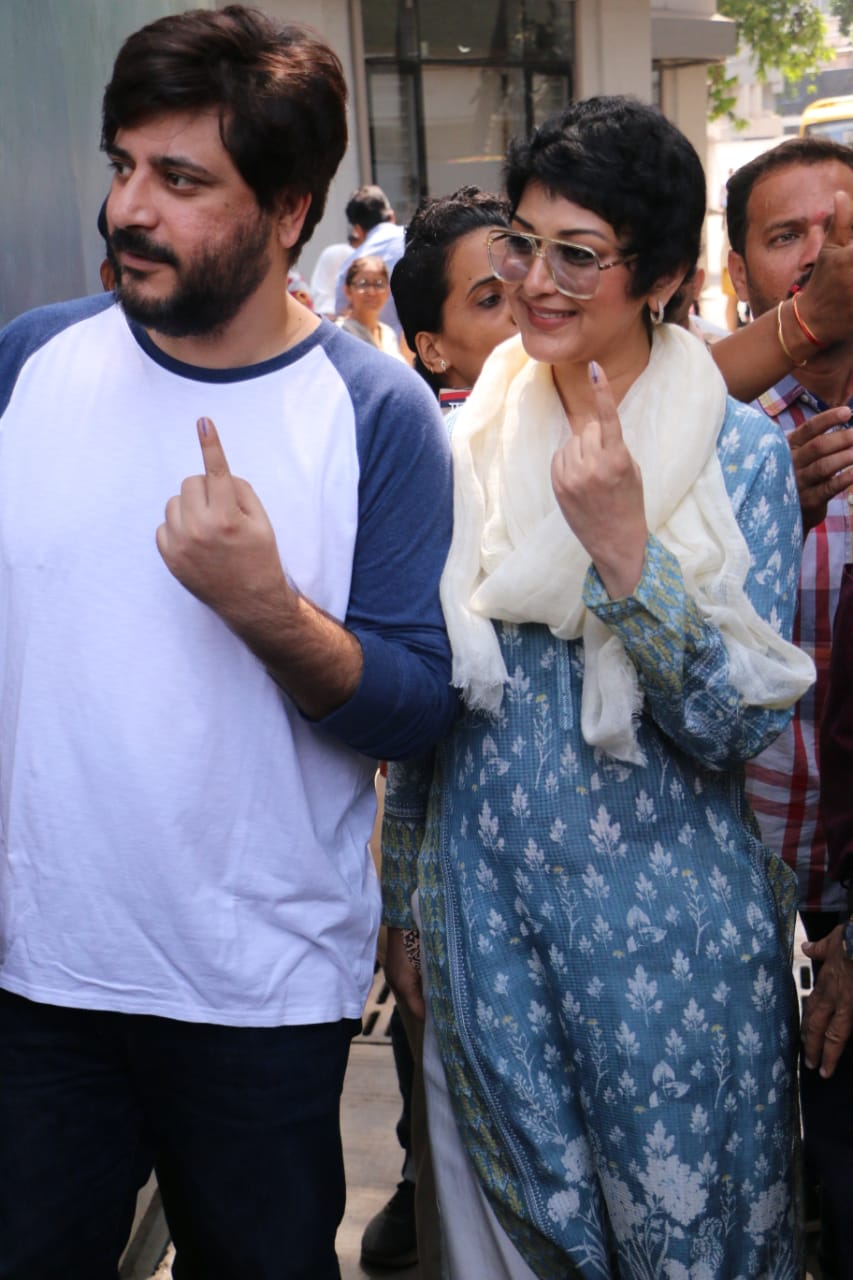 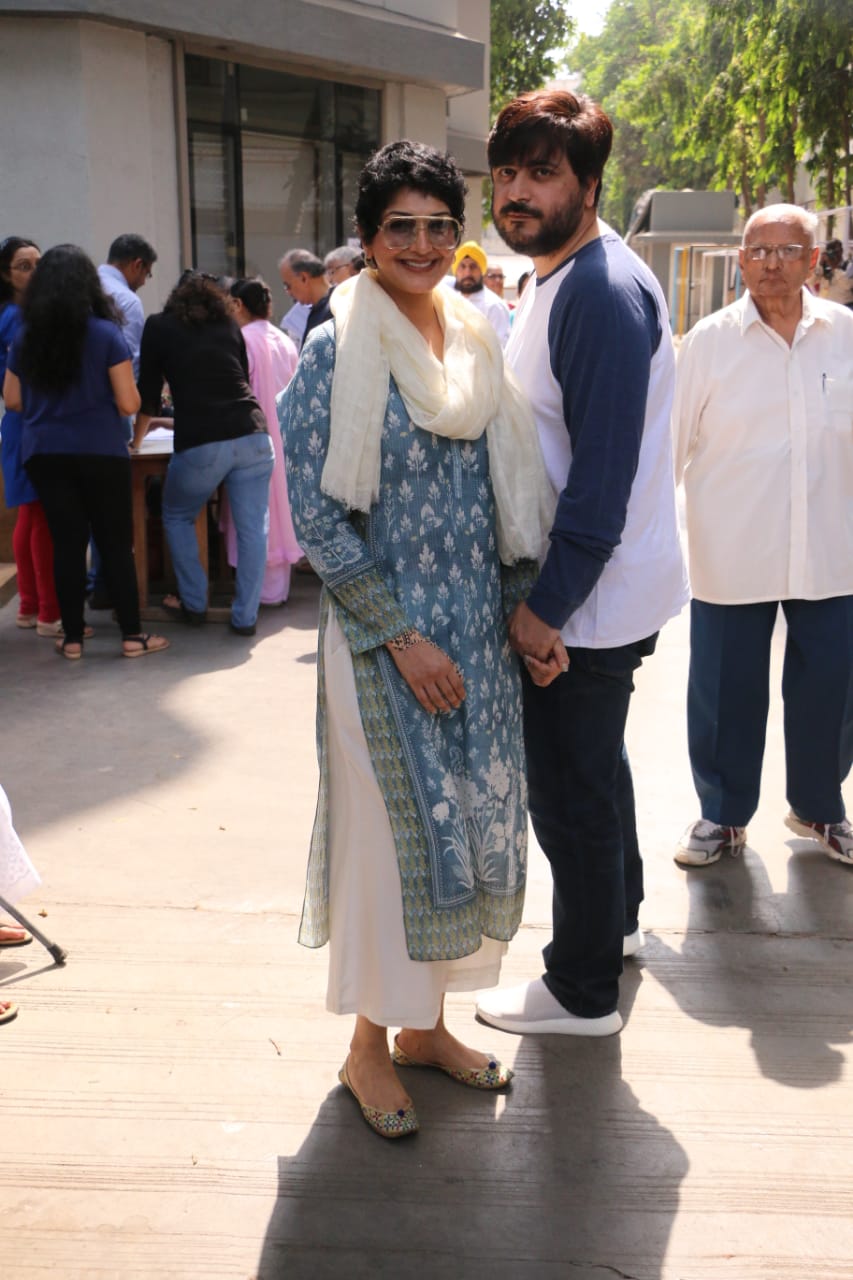 The 'Hum Saath Saath Hain' actress Sonali Bendre was all smiles as she pose with hubby Goldie Behl at a voting booth in Mumbai. (Photo: Manav Manglani) Here's a picture of Sonali & Goldie in which the couple is proudly flaunting their inked fingers. (Photo: Manav Manglani) Bendre revealed in July last year that she had been diagnosed with high-grade metastatic cancer. (Photo: Manav Manglani) After staying in New York for six months - where she was getting her treatment done - the actor returned to Mumbai in December. (Photo: Manav Manglani) 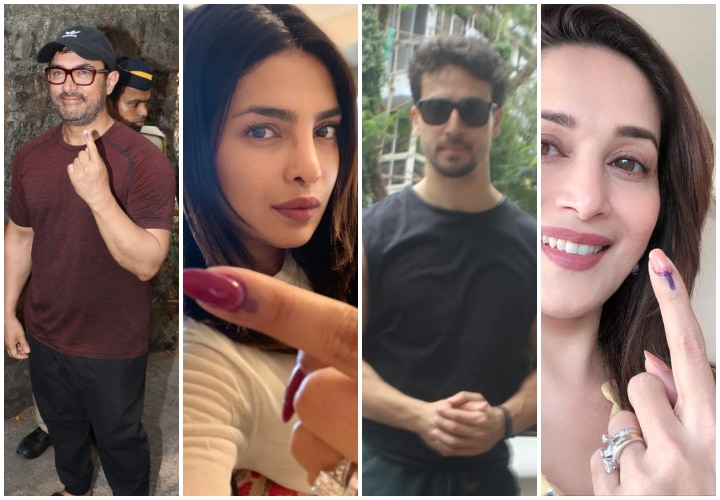 Coming back to Lok Sabha Elections, the fourth phase kicked-off today (April 29), on as many as 72 parliamentary constituencies spread across 9 states. Voting on all 72 constituencies began at 7 am and will continue till 6 pm at all polling booths.