Elections began on 288 constituencies of Maharashtra at 7 am today and will continue till 6 pm. Counting of votes will be held on October 24.

By: ANI
Updated: 21 Oct 2019 02:53 PM
Mumbai (Maharashtra): "Just like eating, breathing is essential for living, so is casting our votes," said singer Kailash Kher who stepped out to vote on Monday. The polling for 288 assembly constituencies is underway in the state, and Kailash who was spotted exercising his right to vote urged fellow Maharashtrians to "go and vote wherever the elections are and perform their responsibility."

"People do express their anger when they come across a mismanaged thing and when it's the day to chose your representative who can better the situations, you have to step out for it," the 'Teri Deewani' singer added.

For the 46-year old singer, the key issues in mind were the development of Mumbai and he lauded the government's effort in looking into the problem of waterlogging.
In order to spread his message out loud, Kher also hummed the song he composed specially for the festival of democracy. "Har burai par nukili chot do, vote do, vote do, vote do...", Kher crooned.

Actor Govinda who also came to cast his vote with wife Sunita, told reporters, "Voting is your right and duty so go and exercise it as election day is finally here."
Bollywood veteran Prem Chopra also exercised his right to vote and addressed the reporters saying, "Select whichever party you want to because it's your right and if you don't cast your vote, you'll regret later."

Talking on the issues which matter to him, the veteran added, "Mumbai should be developed and all the potholes caused due to heavy rains in the city, should be filled."
Meanwhile, others from the film fraternity including 'Batla House' actor John Abraham and Dia Mirza too cast their votes.

Sharing a picture of him on Instagram, John wrote, "Cast your vote." 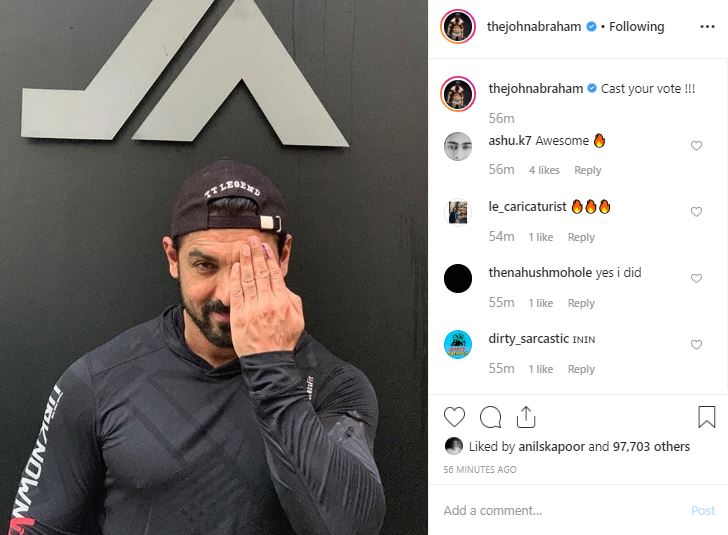 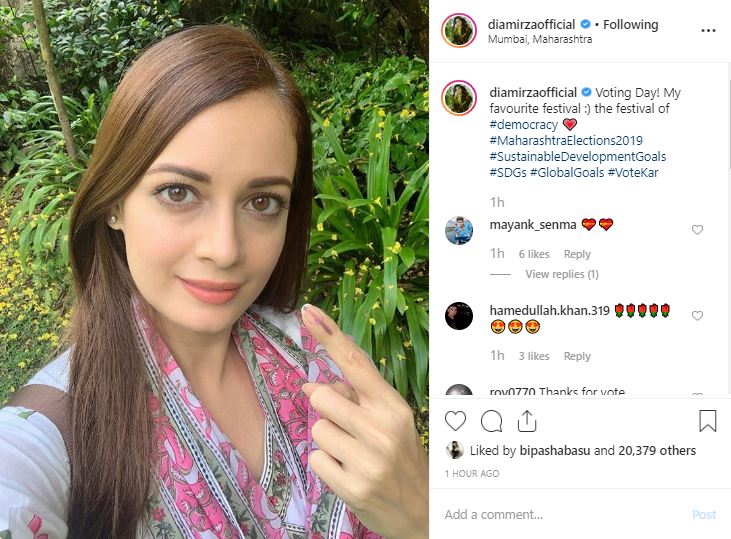 Elections began on 288 constituencies of Maharashtra at 7 am today and will continue till 6 pm. Counting of votes will be held on October 24. In Mumbai, 9,894 polling stations have been set up at 1,537 locations. 36 out of 288 seats come in the city of Mumbai where 334 candidates are in the fray. The city has 97.72 lakh registered voters.

BJP is contesting on 164 seats, which includes candidates of smaller allies contesting on its lotus symbol, while its key ally Shiv Sena has fielded 126 candidates.
On the other hand, Congress has candidates in 147 constituencies and NCP will contest 121 seats. (ANI)