By: ABP Live
Updated: 22 Dec 2016 02:19 PM
Mumbai: Amitabh Bachchan says his daughter Shweta Nanda wants to see a film made on the life of his (megastars) late mother, Teji Bachchan. He too wants it as "much is unknown to many about her". 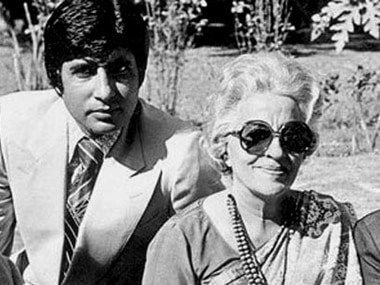 Teji, who was married to legendary poet Harivanshrai Bachchan, was a social activist. She died at the age of 93 on December 21, 2007.

On his mother's death anniversary on Wednesday, Amitabh recalled some of her fond memories.

"I live with my mother the entire day of time of memory of moment and or prayer... wishing to be with her... in front of her ethereal photograph next to Babuji's," Amitabh posted on his blog.

"The family talks of putting Babuji's biography to film… and the daughter of the house says, Daadi's should be done too… yes indeed... much is unknown to many about her... but those that knew her, know much unsaid so far," he added.