Met Gala 2019: Lady Gaga strips to underwear on the red carpet as she changes outfits 4 times!

Lady Gaga performs a four-outfit striptease on the red carpet of Met Gala 2019 leaving every one shocked!

By: Filmymonkey Team
Updated: 07 May 2019 11:09 AM
American singer-songwriter Lady Gaga surely knows how to grab the limelight on the red carpet.

The singer, who is one of this year's co-host for the Met Gala 2019, caught everyone's attention with her dramatic costume changes on the red carpet of the big event. 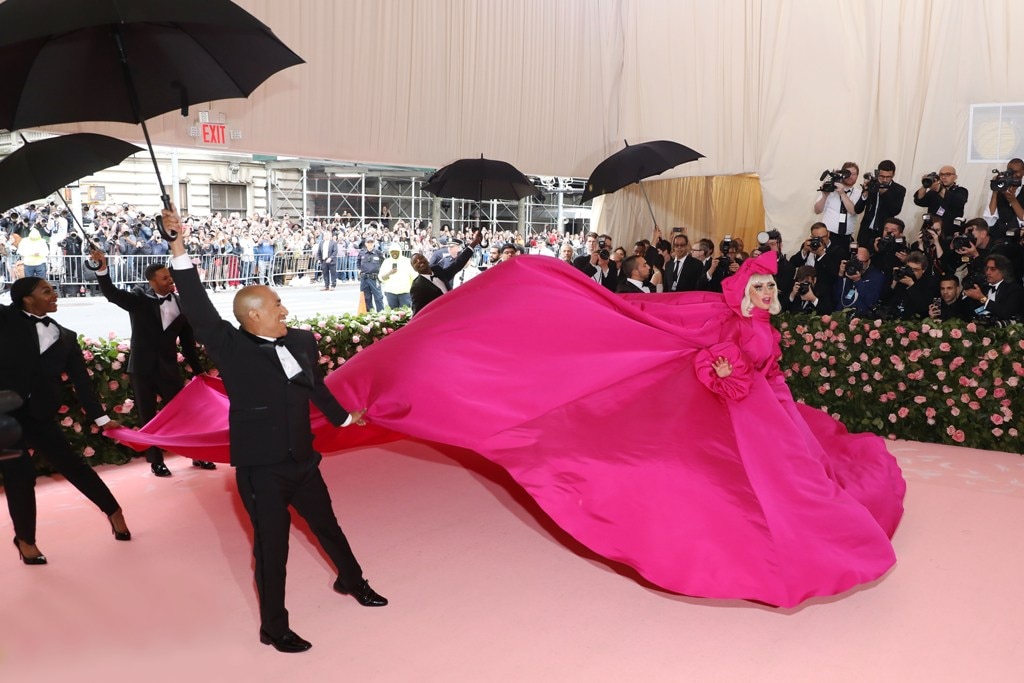 Lady Gaga arrives on the red carpet of Met Gala 2019 [pic credit: Getty]Gaga put her own spin to the evening's theme - 'Camp: Notes on Fashion'. The Oscar winner wore a stunning billowing fuchsia gown by Brandon Maxwell, reported CNN. The dress quite literally stopped the traffic, thanks to the 25-foot train which was carried by a number of men who sported tuxedos for the mega event and carried black umbrellas.


MET GALA 2019: Priyanka Chopra looks unrecognisable as she dazzles in crown and whimsical dress posing alongside hubby Nick Jonas on the RED CARPET!