MET GALA 2019: Priyanka Chopra looks unrecognisable as she dazzles in crown and whimsical dress posing alongside hubby Nick Jonas on the RED CARPET! 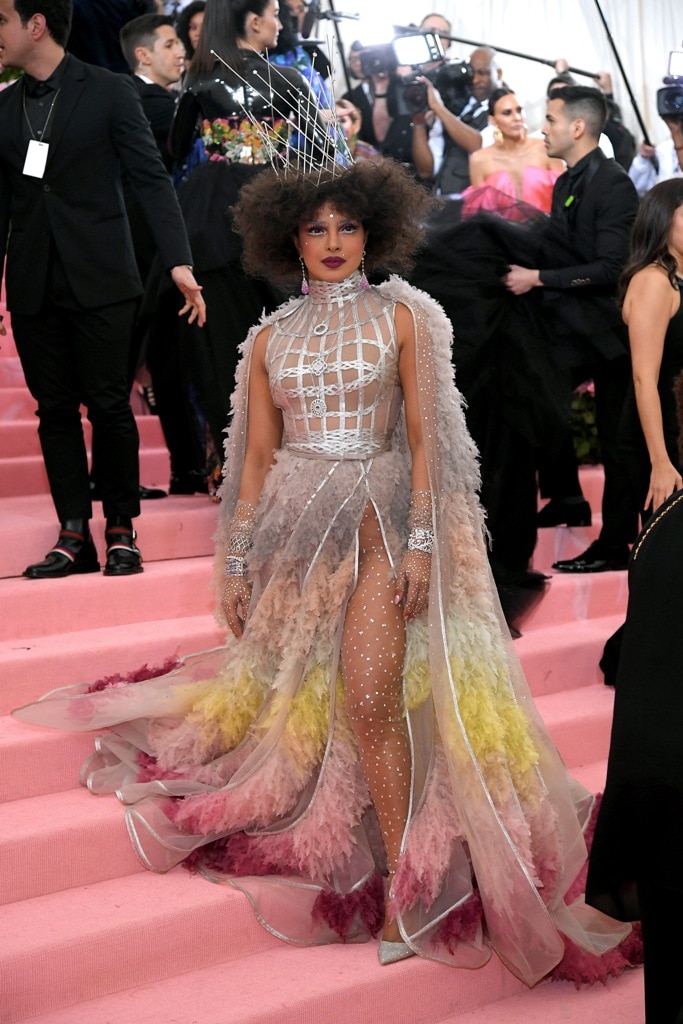 Bollywood diva Priyanka Chopra turned up at the Met Gala 2019 on Monday night in style. The global actress looked sensational in her Dior Haute Couture silver gown with colourful and vibrant feathered ruffles coupled with a matching cape. Priyanka Chopra arrived with hubby Nick Jonas as the duo made grand return to the 2019 Met Gala as a married couple and it's safe to say that two totally slayed their looks on the red carpet. 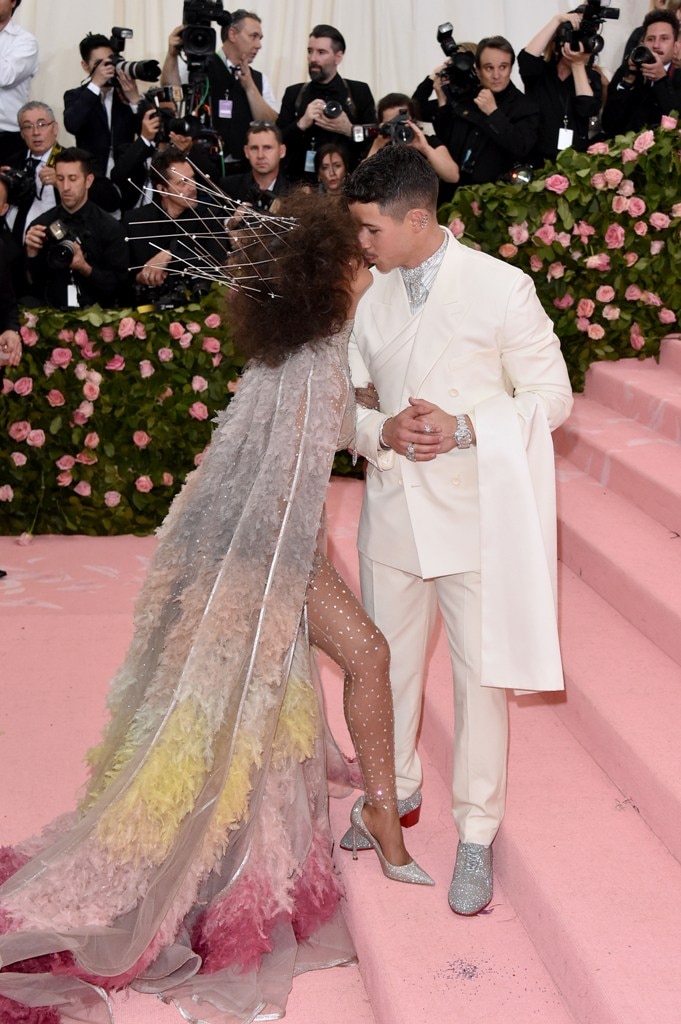 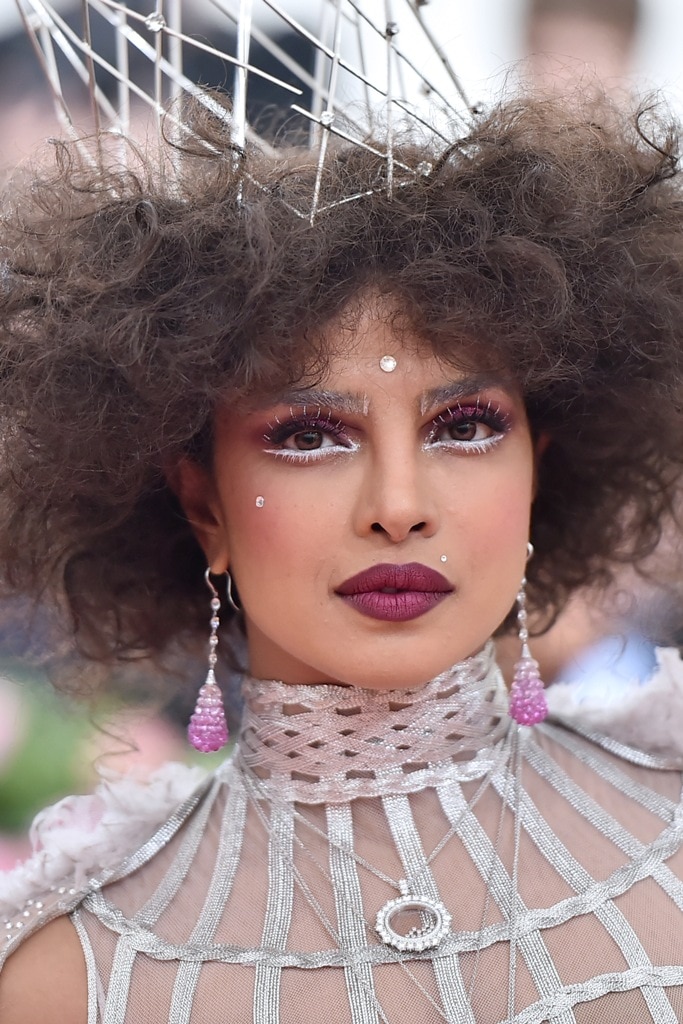 With stunning hair, silver-frosted brows and lashes and raspberry eyeshadow and lips, her beauty look was bold enough. 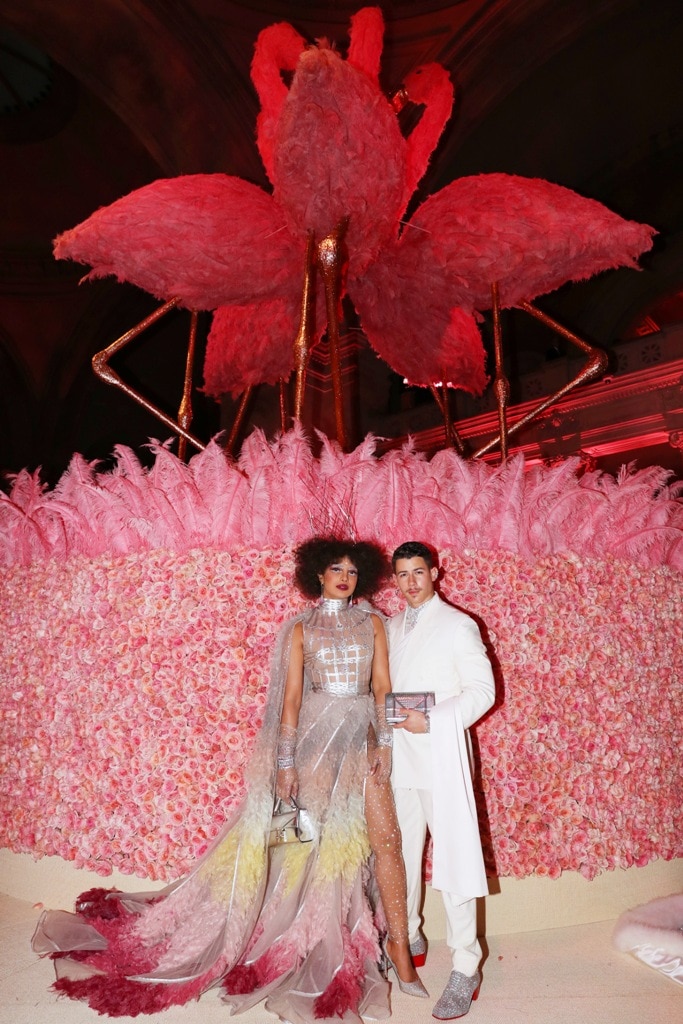 Arriving on the red-carpet for the third time with her bae, Nick Jonas, Priyanka is a sight to behold. 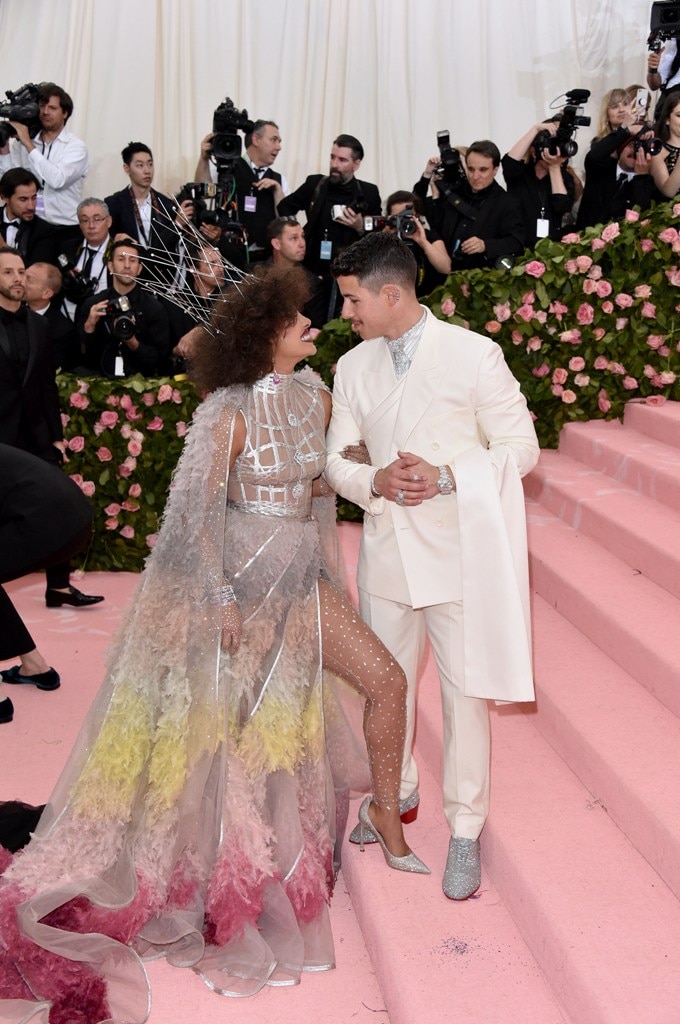 The newlyweds arrived hand-in-hand and posed for the cameras. The two brought their fashion A-game as they wore over-the-top ensembles for the mega event. 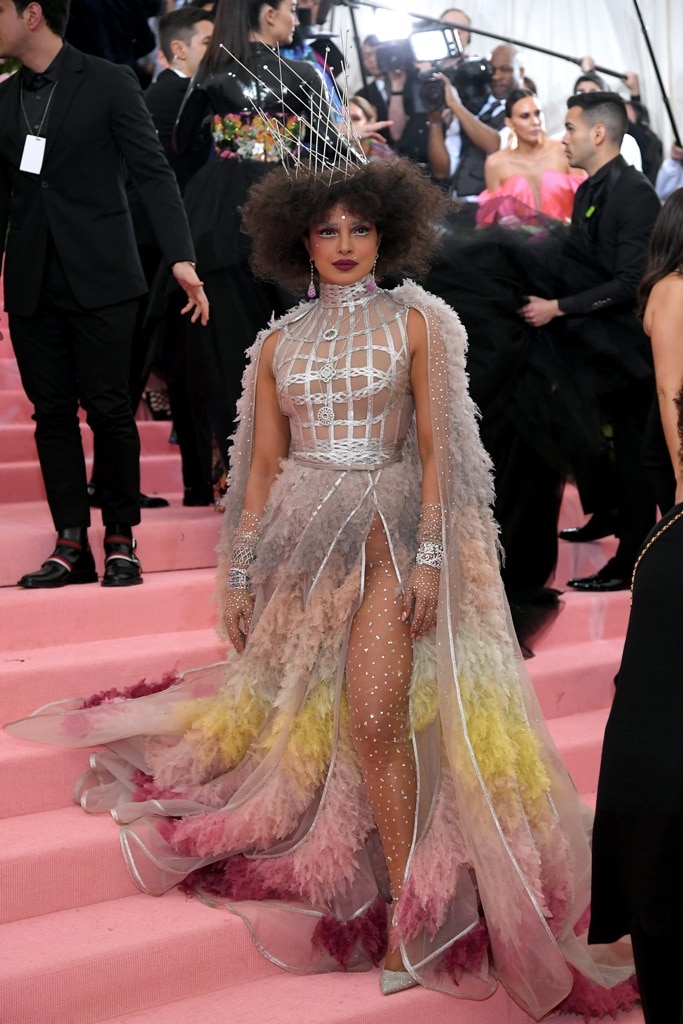 Priyanka's dress also featured a thigh-high slit underneath which the actor wore with a sheer silver polka-dotted tights. She topped off her look with a spiked silver crown, which complimented the outfit perfectly. 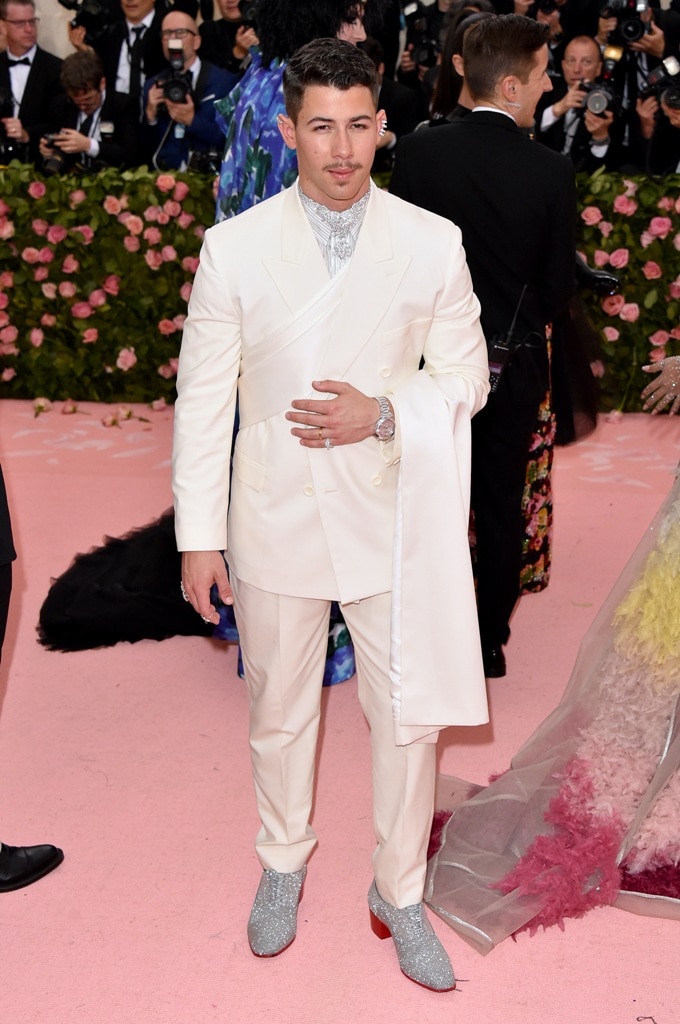 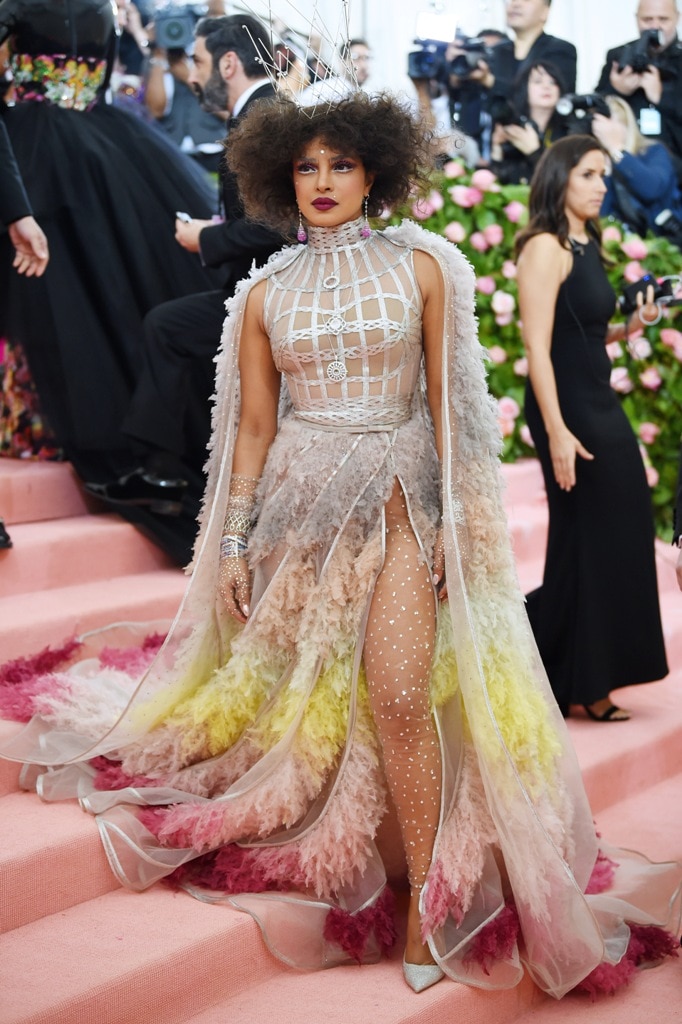 All eyes were on Pee Cee 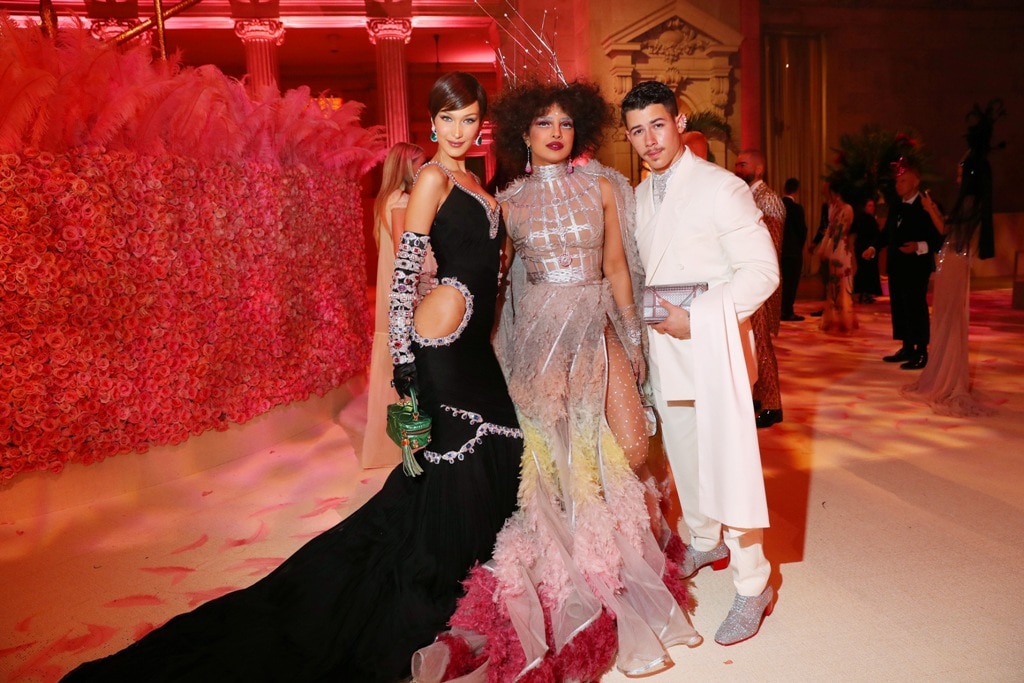 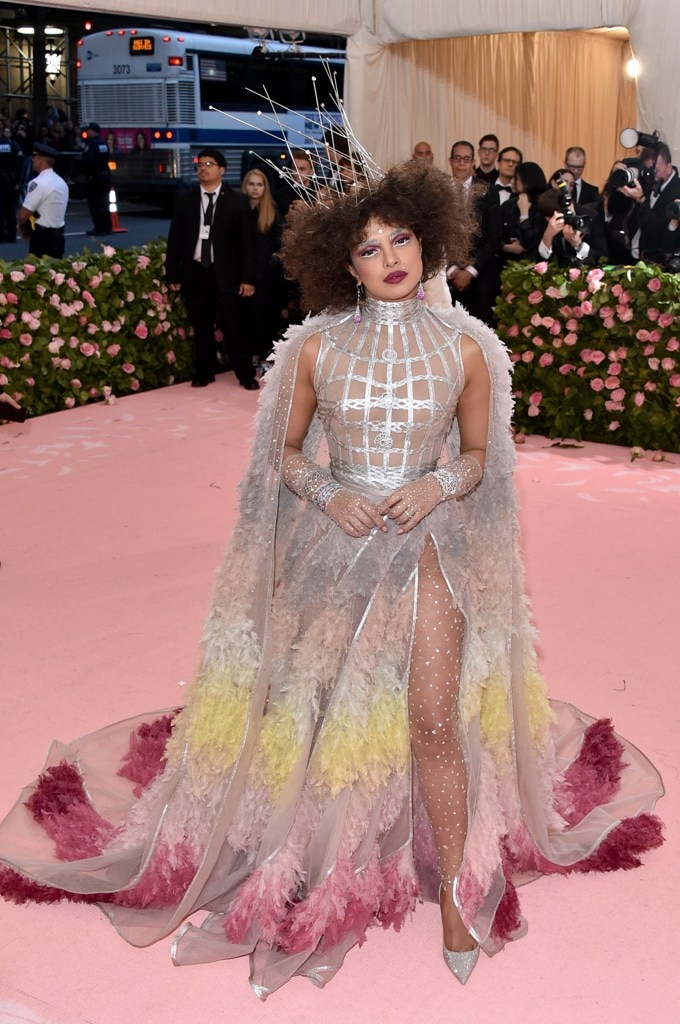 The 36-year-old Chopra was dressed to frill in a whimsical sheer gown with ruffles and a very high leg split. 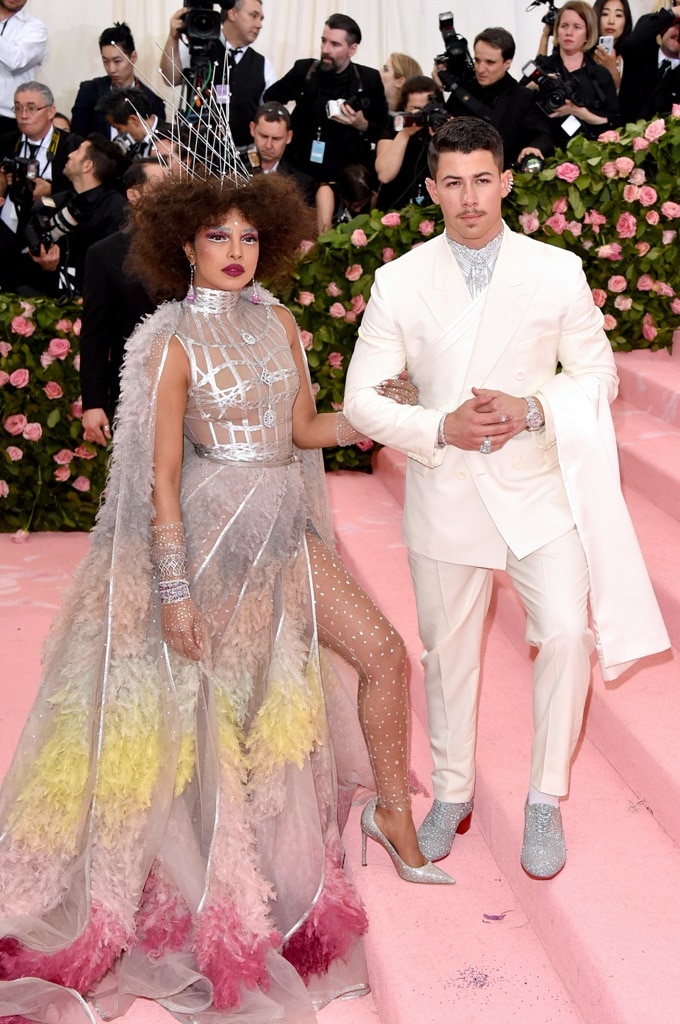 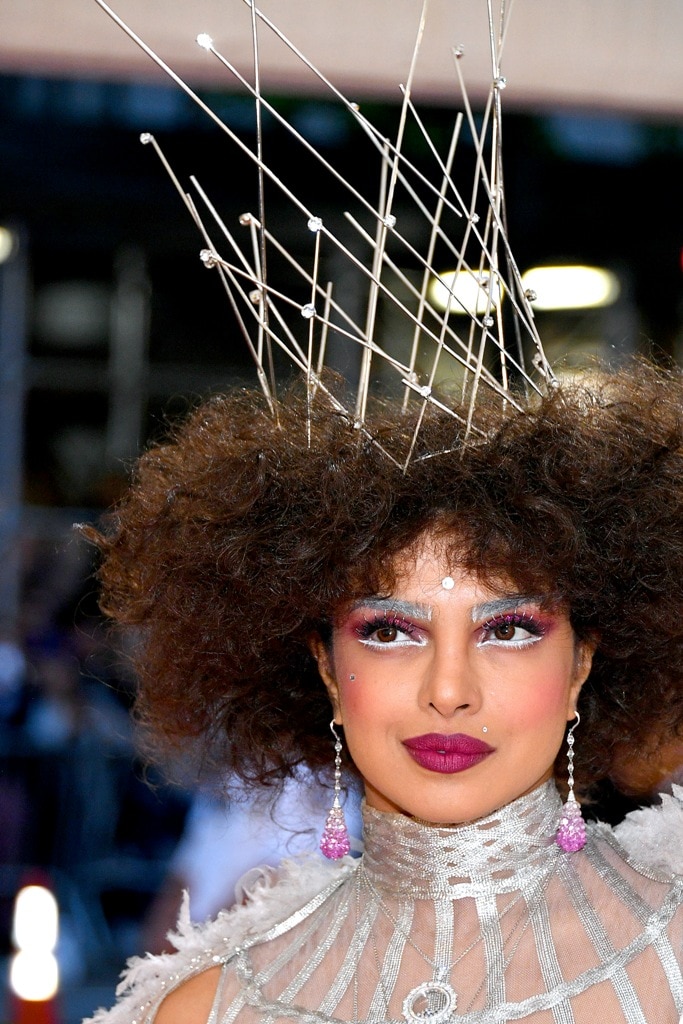 Priyanka was glammed up to the max, styling her hair in voluminous back-combed waves. 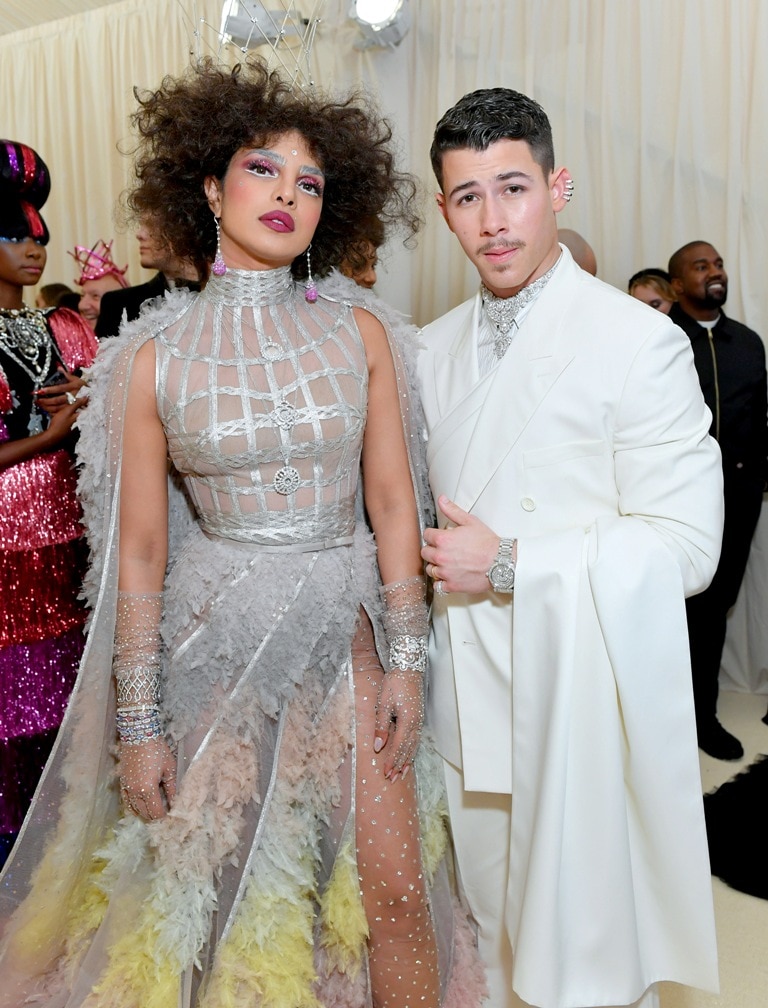 The Met Gala is the annual fundraiser for the Metropolitan Museum of Art's Costume Institute and is the most glittery and exclusive event on the New York fashion calendar. 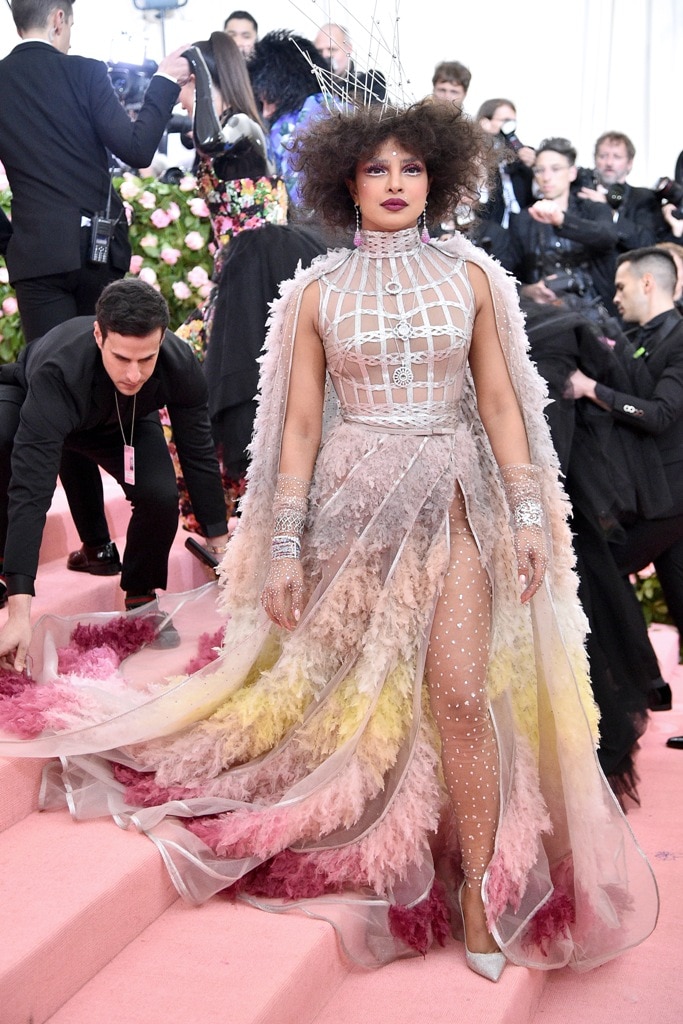 This year, the exhibit and gala are dedicated to the idea of 'camp,' as defined by Susan Sontag's 1964 essay Notes on 'Camp.' 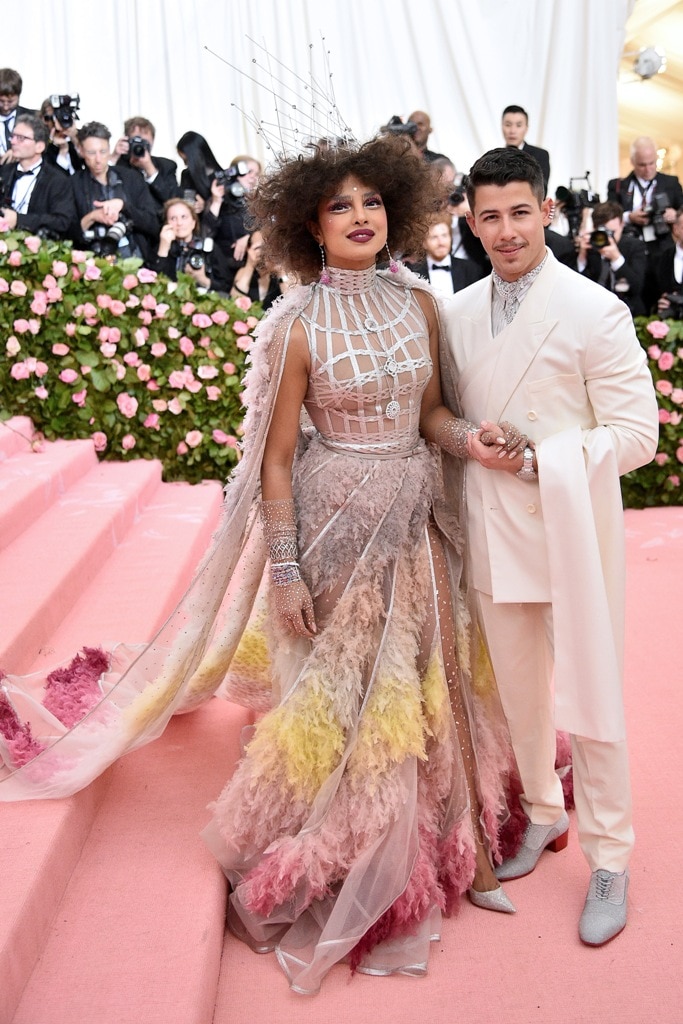 The Met Gala, formally known as the Costume Institute Benefit, is always chaired by a team of high-wattage celebrities, and this year is no exception. 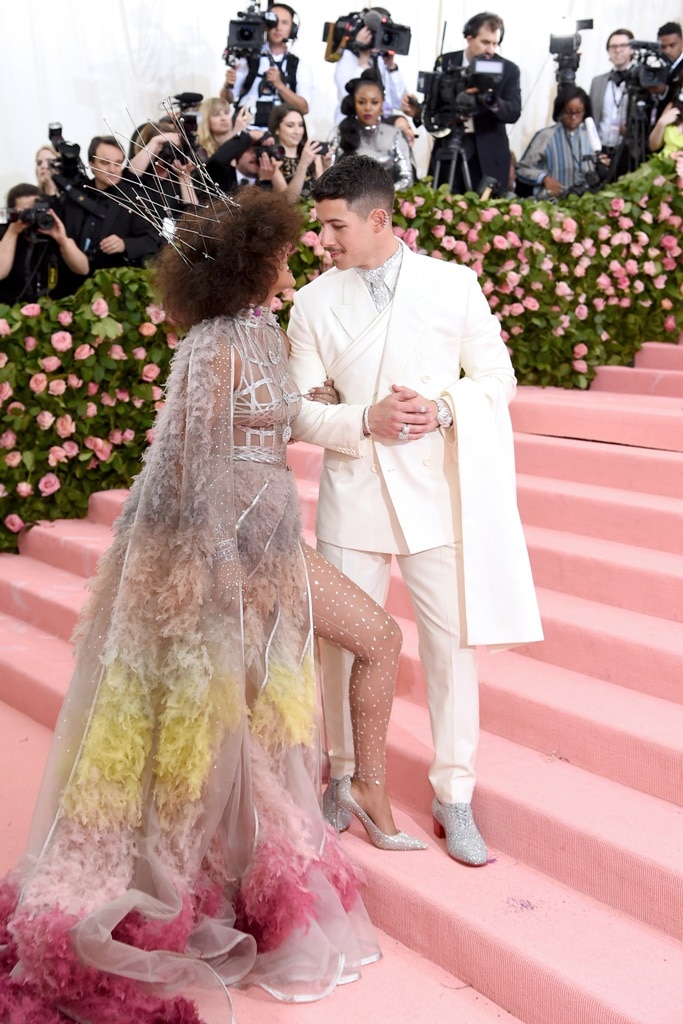 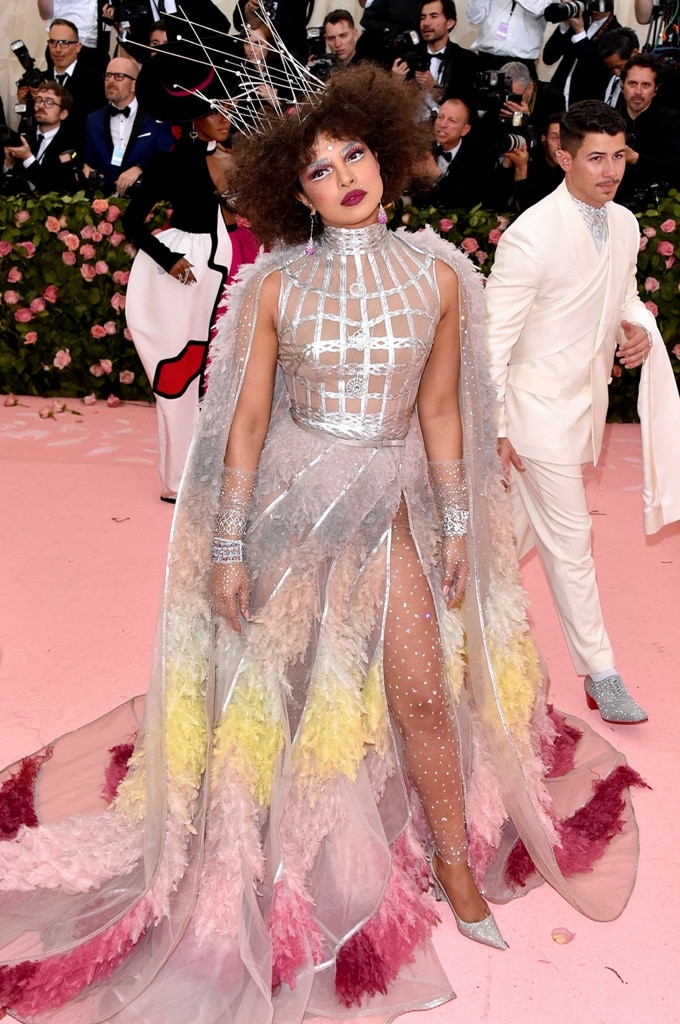 At the Met gala red carpet the A-listers strut their stuff, usually in the most eye-popping ensemble they can find to match the theme. 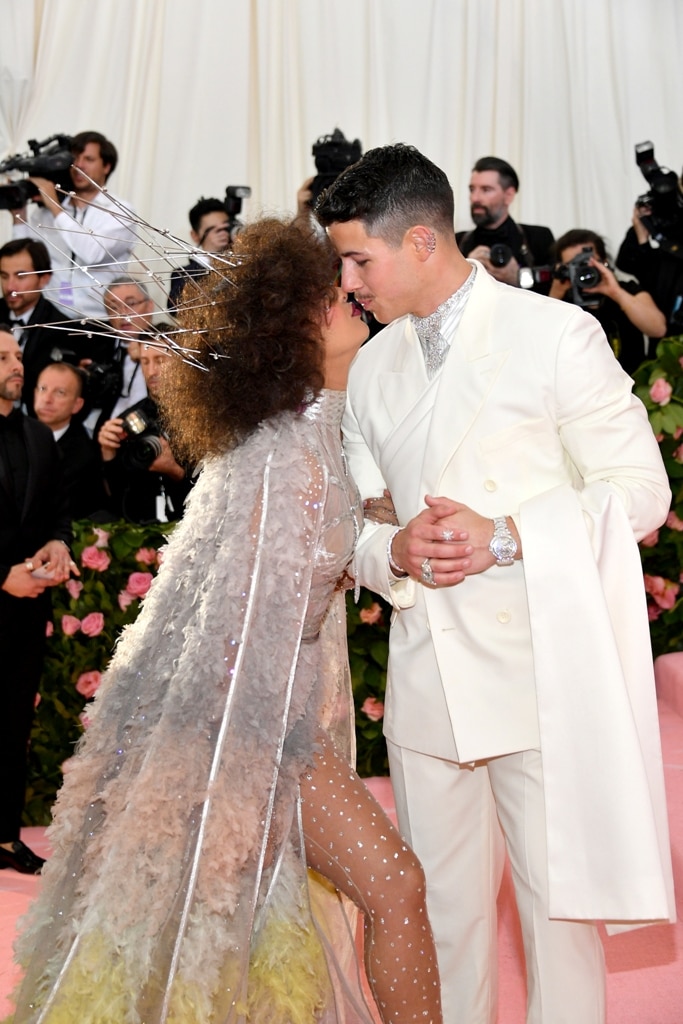 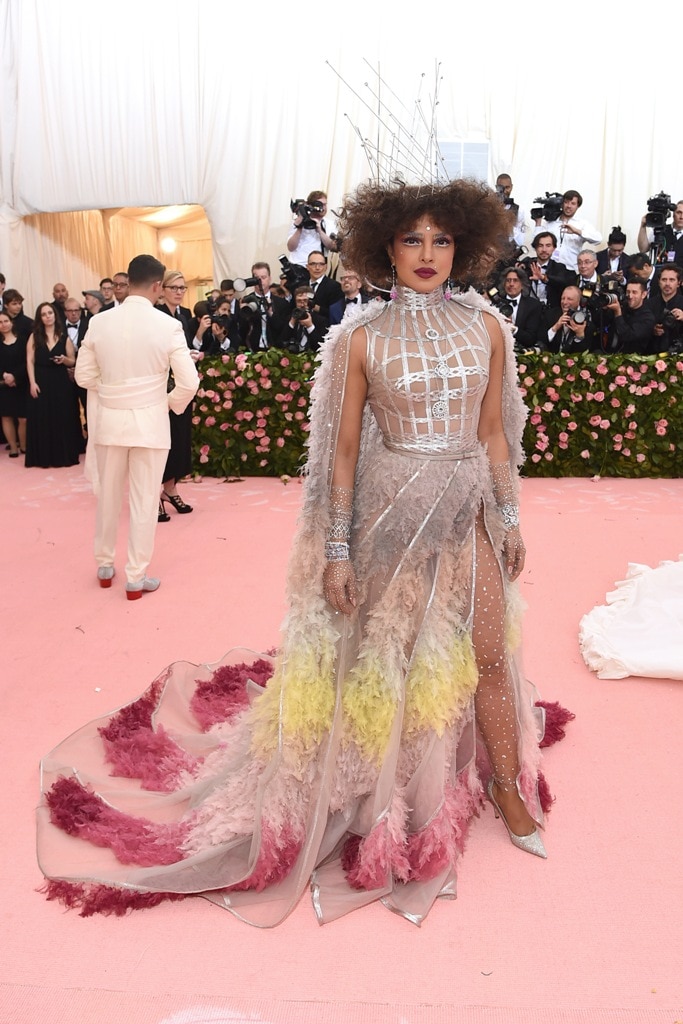 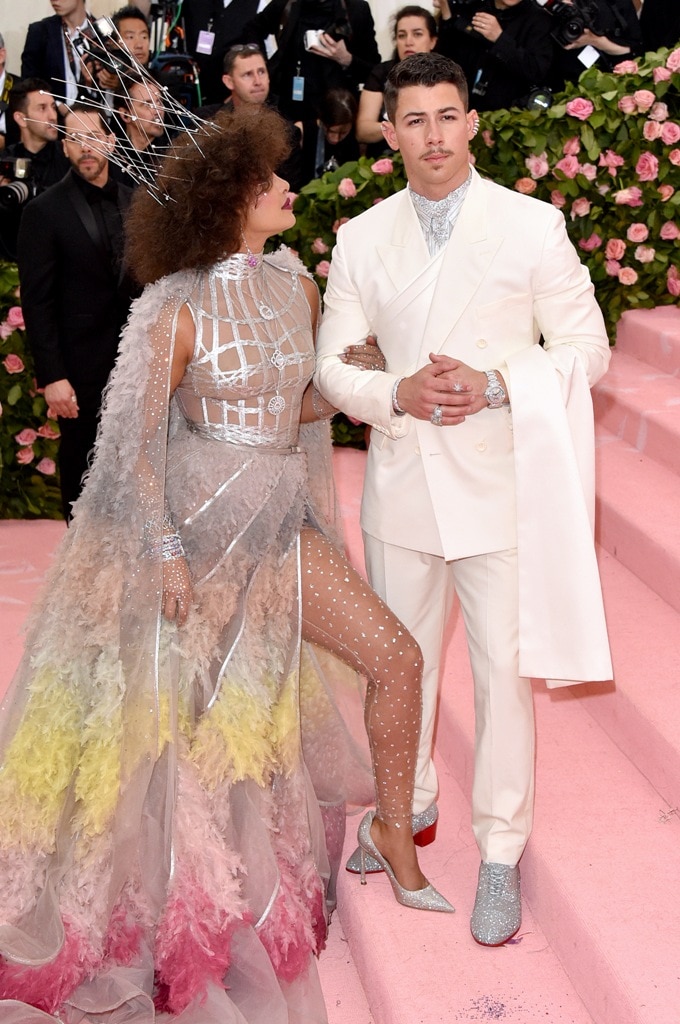 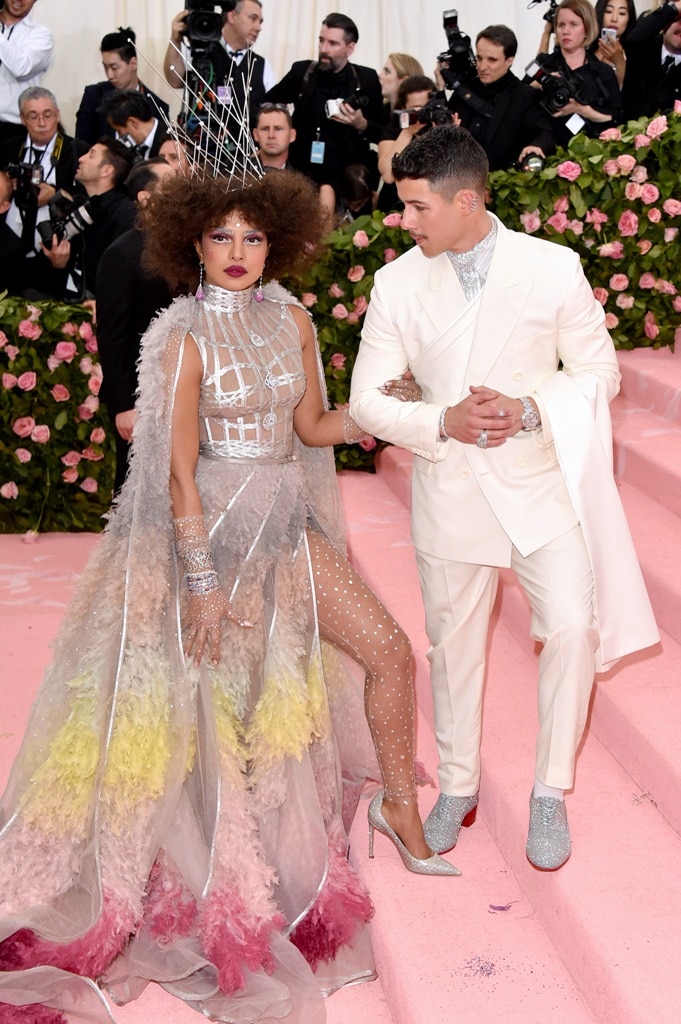 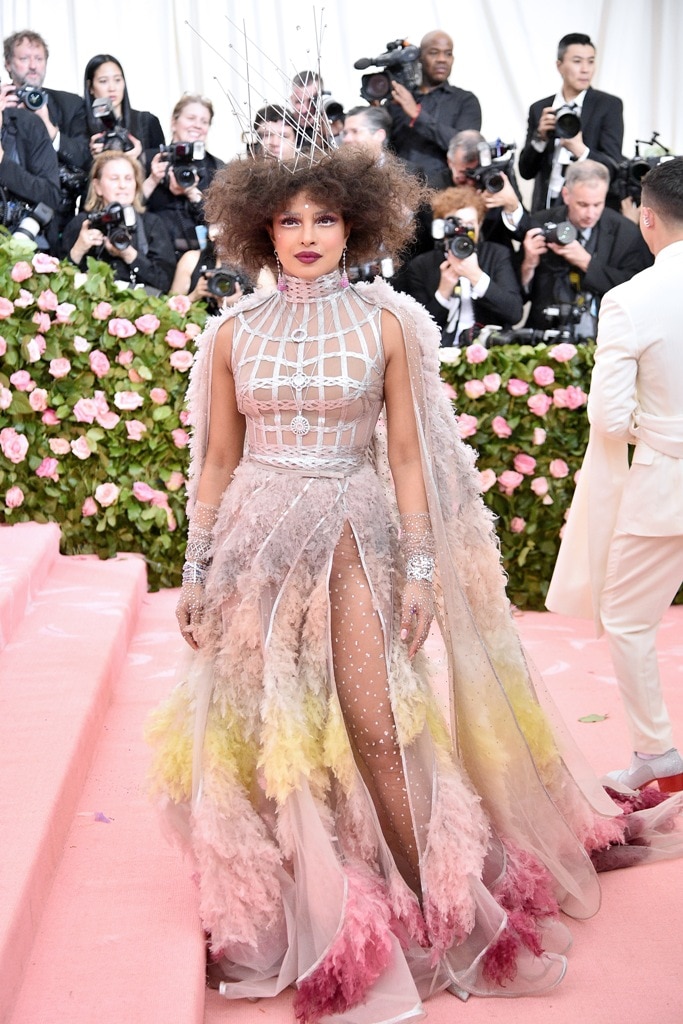 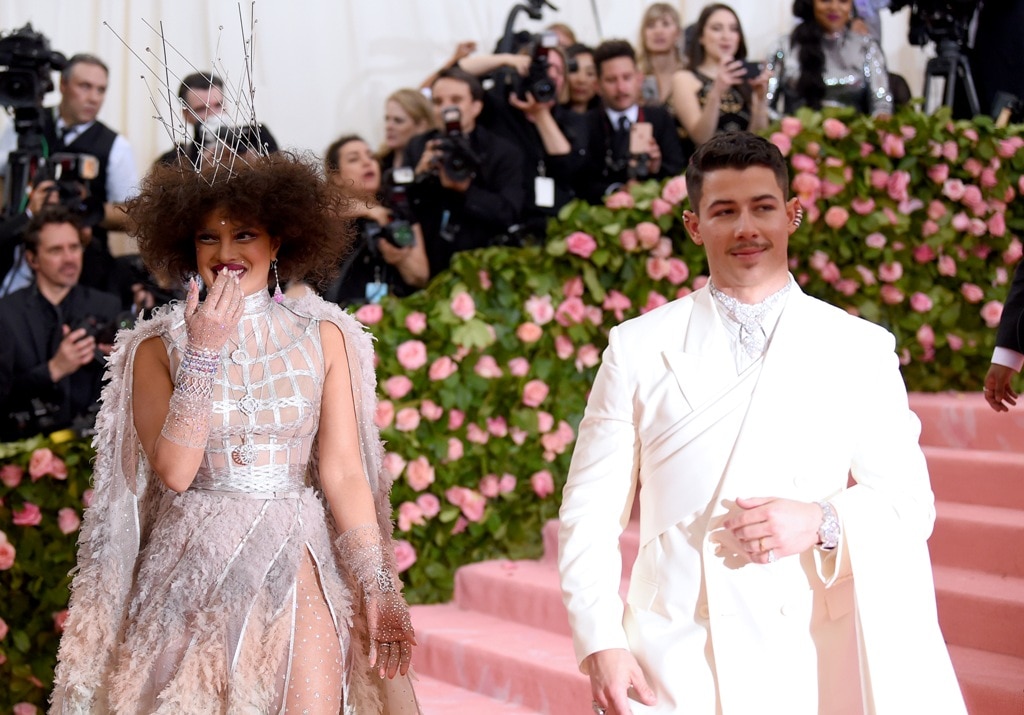 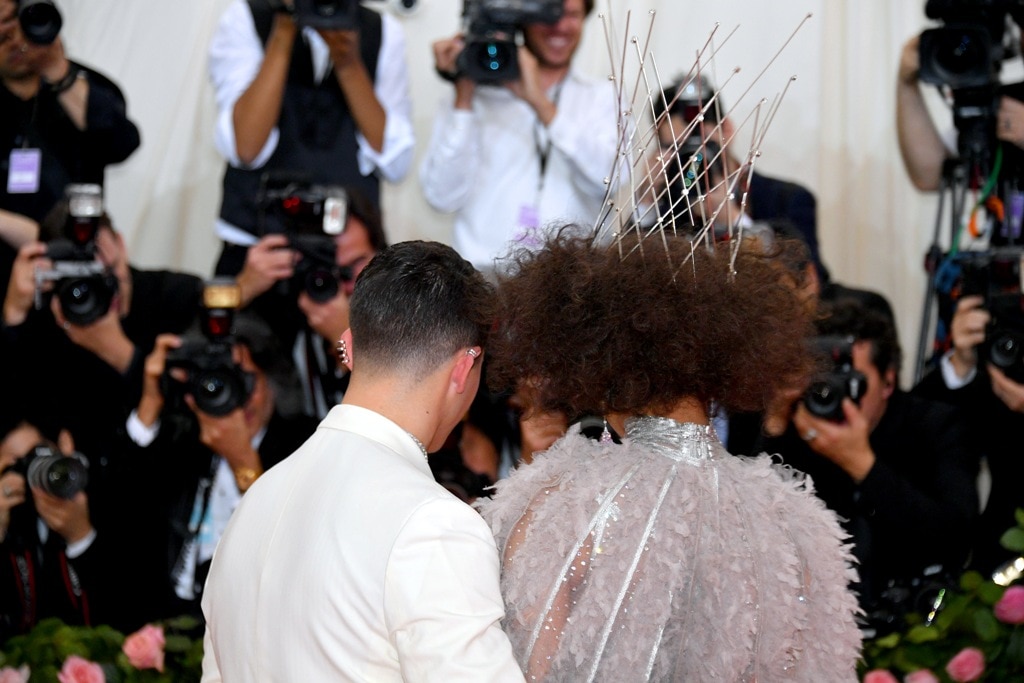 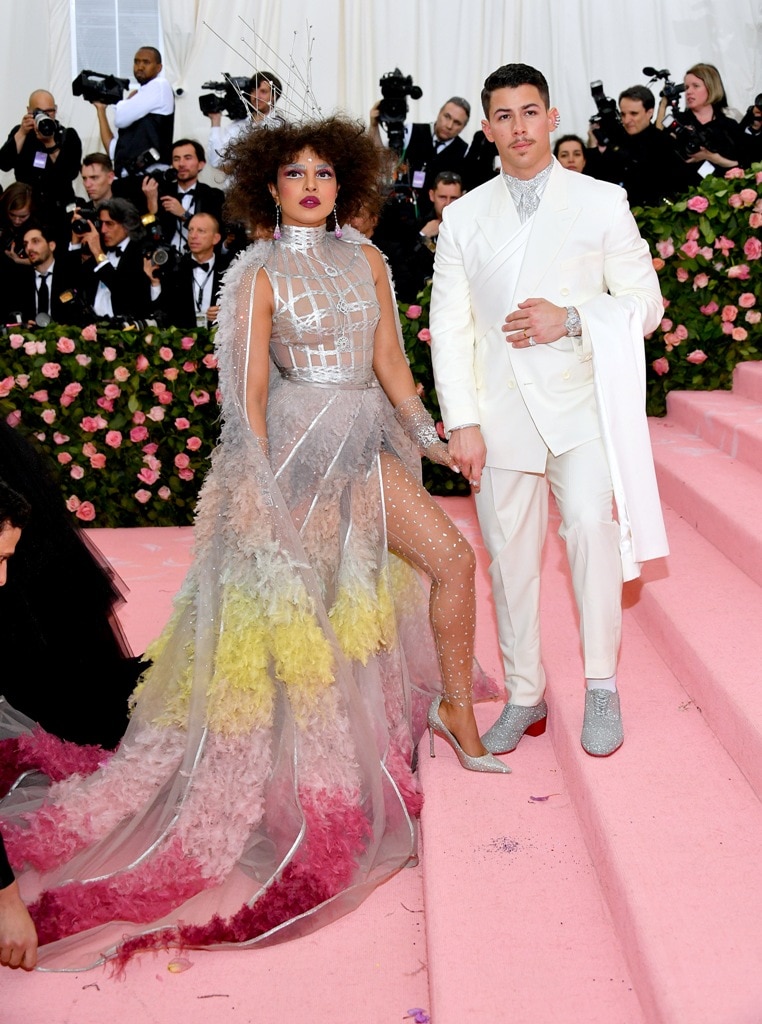