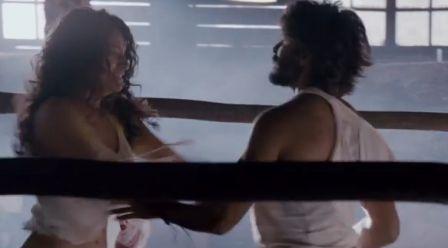 Watch the Trailer Below:

Inspired by the folk tale of “the legend of Mirza – Sahiban”, MIRZYA is an epic action-romance set in contemporary times. The film unfolds filled with heightened drama & action packed sequences in the visually rich terrain of Rajasthan, contrasted with flashes of the fantastical universe of the folklore set in the awe-inspiring landscape of Ladakh. MIRZYA releases worldwide on 7th October 2016.

The movie is produced by Rohit Khattar, Rakeysh Omprakash Mehra, Rajiv Tandon & P.S. Bharathi. The movie is penned by Gulzar and the music is composed by Shankar Ehsaan Loy.