By: Team Fm
Updated: 21 Jun 2017 06:23 PM
Mumbai: Veteran actor Anil Kapoor, who is geared up for his upcoming comedy film 'Mubarakan', says that surviving in the Hindi film industry for over three decades is not an easy thing. 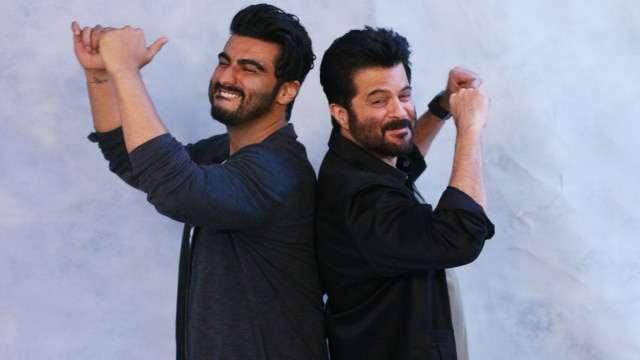 The 60-year-old, who made his Bollywood debut with Padmini Kolhapure in "Woh Saat Din", also advised young actors to do films which are family entertainers.

"I want to urge all young actors to do family entertainers which have comedy, emotion and drama if they want to play longer innings in the industry. Films which have entertainment and message is the best combination to have as an actor and 'Mubarakan' has all ingredients of typical commercial family entertainer," he said.

"Mubarakan" is directed by Anees Bazmee. This is the fifth time the actor and the director have collaborated.

Talking about working with Bazmee, Anil said: "After long time, I am working in a family entertainer. Anees has one specialty in his films that when you see his earlier films like 'No entry', 'Welcome', 'Welcome Back' or films written by him like 'Deewana Mastana' or 'Laadla', there is not a single double meaning dialogue in it so it's always honour and privilege to work with him who is one of great director of the industry."

Actor Arjun Kapoor, who was also present for the trailer launch was asked about the increasing trend of double role movies as his friend and actor Varun Dhawan is also coming up with a double role in the film "Judwaa 2".

Arjun Kapoor: My first ‘Mubarakan’ moment was when I passed 10th exam

He added: "I feel without comparing, each other's film, if these two films are able to entertain people and hold its unique identity then there is no better thing than this."

This is the first time Arjun and Anil will be seen sharing the screen. The film, which also stars Athiya Shetty and Ileana D'Cruz, is slated to release July 28.