Virat Kohli confirmed the news with this lovely caption that will give you the feels.

New Delhi: Finally the wait is over. The announcement Virat Kohli and Anushka Sharma's marriage has been done by the groom Virat himself. The caption and the picture both are breath-taking.

Today we have promised each other to be bound in love for ever. We are truly blessed to share the news with you.This beautiful day will be made more special with the love and support of our family of fans & well wishers. Thank you for being such an important part of our journey.

Today we have promised each other to be bound in love forever. We are truly blessed to share the news with you. This beautiful day will be made more special with the love and support of our family of fans & well wishers. Thank you for being such an important part of our journey.

This picture of the newly married couple is going viral. 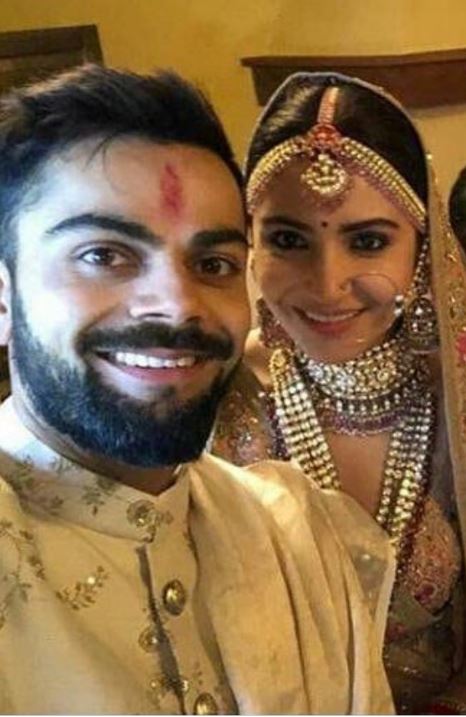 
Here is the 1st pic of @imVkohli and @AnushkaSharma from #VirushkaWEDDINGpic.twitter.com/dvy0cFP6CA

Hashtag VirushkaWEDDING is trending at the top on Twitter with fans pouring in their wishes for the couple. There may be countless heartbreaks tonight all over the country as the most eligible bachelors are now betrothed. Despite the heartbreaks, congratulatory messages are flooding in on social media.

According to reports, 15 close friends and relatives attended the wedding along with Virat’s childhood coach Rajkumar Sharma.

The marriage took place at a resort named Borgo Finocchieto in Buonconvento town in the Province of Siena, Italy at around 6 pm (IST). It is reportedly the same place where the Obamas went for a holiday previously this year.

Anushka and Virat left for Italy late on Thursday night, giving rise to speculations about their marriage this week. There was no official confirmation from neither Virat nor Anushka but according to reports, it was certain. The couple wanted to keep it a private affair.

Check out these dreamy pictures of their wedding here.