She was getting ready to shoot with Karan Johar and Rohit Shetty and that's when her pain became unbearable and she had to be rushed home.

By: ABP News Bureau
Updated: 29 Jan 2018 09:06 PM
New Delhi: In an unfortunate incident Bollywood actress Rani Mukherji suffered serious back ache and had to cancel her shoot and rush for immediate medical help.

Remember we told you that Rani Mukherji is going to be the next guest of India's Next Superstars ? Well, it was this very episode that Rani was shooting for when she felt intense back pain. She could not complete the shoot despite being on the set. Rani had to be rushed home to be attended by her doctor.

Rani's upcoming movie Hichki is slated for release in April and she is leaving no stones unturned in its promotions. She was going to promote Hichki on the sets of India's Next Superstars. She was getting ready to shoot with Karan Johar and Rohit Shetty and that's when her pain became unbearable for her. She is a very close friend of the show's judge Karan Johar and their tuning has always been worth watching. However, in a big disappointment to the fans, Rani had to pull out of an extremely entertaining show. 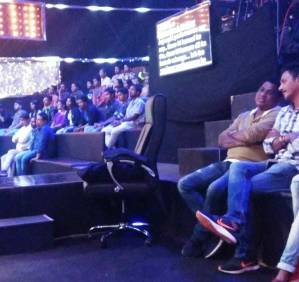 According to sources, Rani has been suffering from back pain since three days. But the absolute professional that she is, she turned up at the shoot despite having the injury.

We wish her a speedy recovery and all the best for her upcoming film 'Hichki'.