By: Aashu Mishra
Updated: 30 Jan 2018 12:21 PM
Kim Kardashian is in no mood to slow down on social media as the reality TV star recently posed topless for her fans on Instagram! The 37-year-old stood holding a fur coat open to expose her body, wearing nothing but a skimpy pair of panties.

However, the reality star had blurred the nipple of her exposed breast! 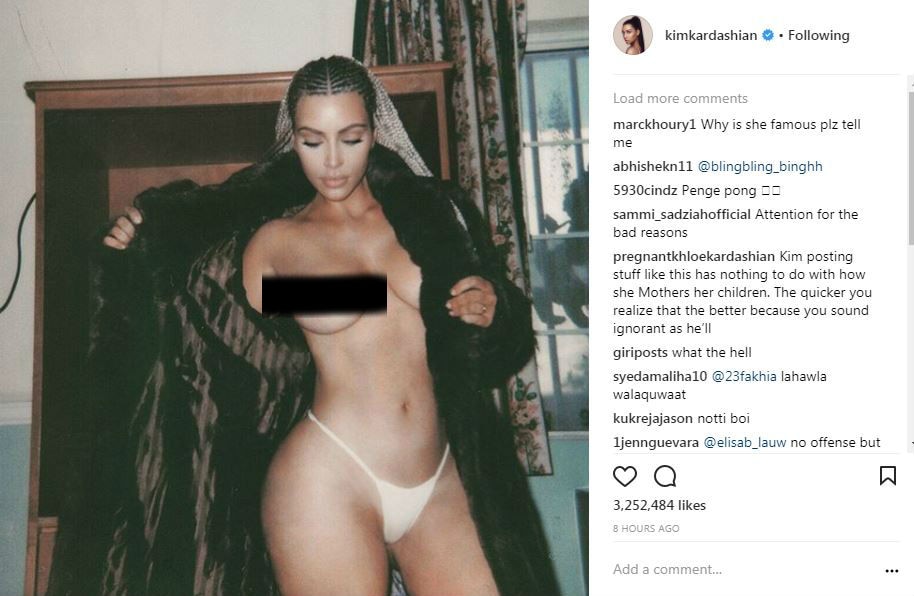 The mother of three didn't stop there and flaunted her new hairstyle that was braided in corn rows  in a series of racy snaps from her bedroom, prompting some to accuse her of cultural appropriation.

Hi, can I get zero fucks please, thanks


No wonder, these pics of Kim K is once again breaking the internet! On a related note, the 'Keeping Up With The Kardashians' star and her husband Kanye West became parents for the third time when their surrogate mother gave birth to a baby girl, which they have named Chicago.