By: ABP Live
Updated: 28 Sep 2016 02:38 PM
Pop star Katy Perry will reportedly vote naked for the current US presidential candidate Hillary Clinton. The 31-year-old singer posted a picture of herself on social media accounts that featured the 'Teenage Dream' hitmaker naked in a gymnasium polling station along with a caption, 'Katy Perry votes naked.'

TOMORROW, I USE MY BODY AS CLICK BAIT TO HELP CHANGE THE WORLD 👊🏼 pic.twitter.com/1a2GMm6PMi

"Tomorrow, I use my body as click bait to change the world," she wrote in another tweet.


The singer, one of Clinton's biggest celebrity supporters, joined the politician on the campaign trail in Iowa and also performed at the Democratic National Convention in July. 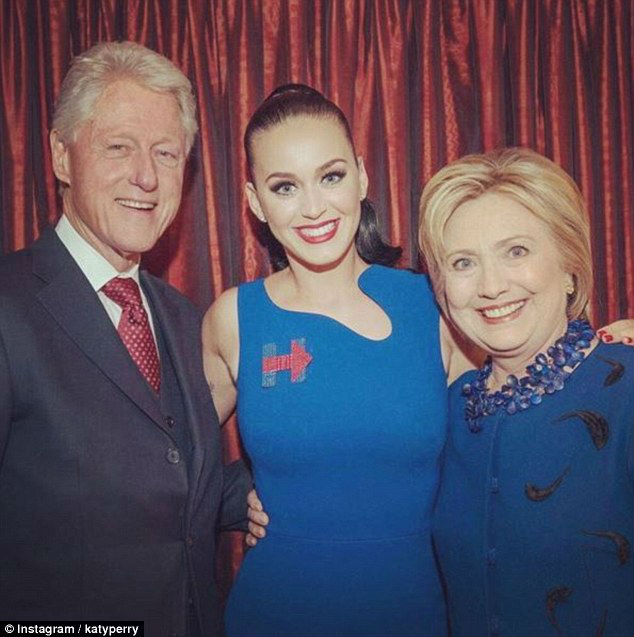 IN PICS: Orlando Bloom goes FULLY NUDE with Katy Perry on a BEACH!

With inputs from PTI