By: ABP News Web Desk
Updated: 17 Feb 2017 02:43 PM
NEW DELHI: A video of Pakistani actress slamming ace Bollywood actors has resurfaced on internet and is going viral. Actress Saba Qamar who will make her Bollywood debut with 'Hindi Medium' opposite Irrfan Khan has uttered nasty remarks which may bring her career in India to a standstill.

A clip posted on May 15, 2015 on You Tube of the show 'Good Morning Zindagi' has Saba as the guest. The host shows pictures of some Bollywood actors including Salman Khan, Hrithik Roshan, Emraan Hashmi, Ranbir Kapoor and asks the actress to say 'no' to film offers or proposal quoting a reason.

The first picture is of Greek God Hrithik Roshan who is rejected on being a father of two, second comes Emraan Hashmi to whom the actress reject giving a filthy remark, she says, "I don't want oral cancer". 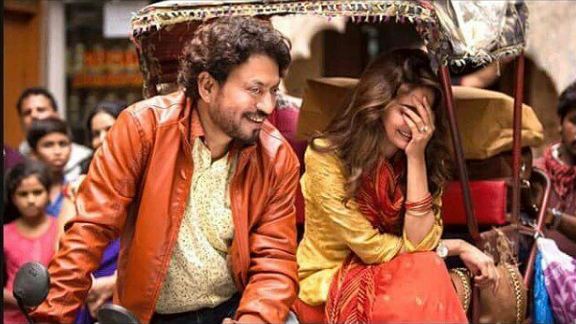 "I am an A-class artist of Pakistan and will prefer working with A-class actors in India," said Saba while refusing Riteish Deshmukh. The only actor which she was reluctant to reject was heartthrob Ranbir Kapoor but on the insistence by the host she turned him down quoting his past affair with Deepika Padukone.

On seeing the picture of Dabbang Salman Khan, Saba refused him for being cheap and not knowing how to dance.

Saba Qamar became known face in India with her Pakistani drama 'Dastaan', which aired under the name of 'Waqt Ne Kiya Kya Haseen Sitam' on Zindagi channel. Saba's film 'Hindi Medium' is slated to release on May 12.