By: ABP Live
Updated: 17 Feb 2017 01:43 PM
Amid the ban of Pakistani Actors in India, a shocking video of Pakistani Actress Saba Qamar is going viral on the Internet. In the Video, the actress is bashing popular Bollywood Actors and even called Salman Khan 'chichora'. 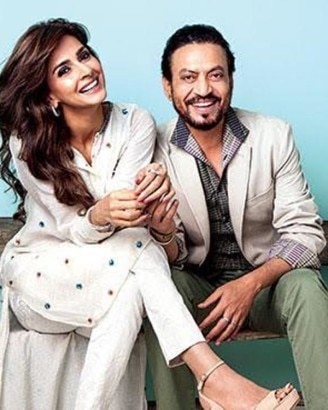 The actress, who will soon be making her Bollywood debut in 'Hindi Medium' opposite Irrfan Khan, even bashed other Bollywood superstars like Hrithik Roshan, Emraan Hashmi among others. The video is from 2015, when Saba appeared on a talk show called 'Good Morning Zindagi' and was asked about these Bollywood celebrities. The video has resurface now in which the host is seen asking Saba to say 'no' to these Bollywood actors in imaginary situation. During the same, when she was shown a picture of Salman, she immediately called him a 'chhichora'.

The video will surely not go down too well with Salman Khan fans! What do you think?