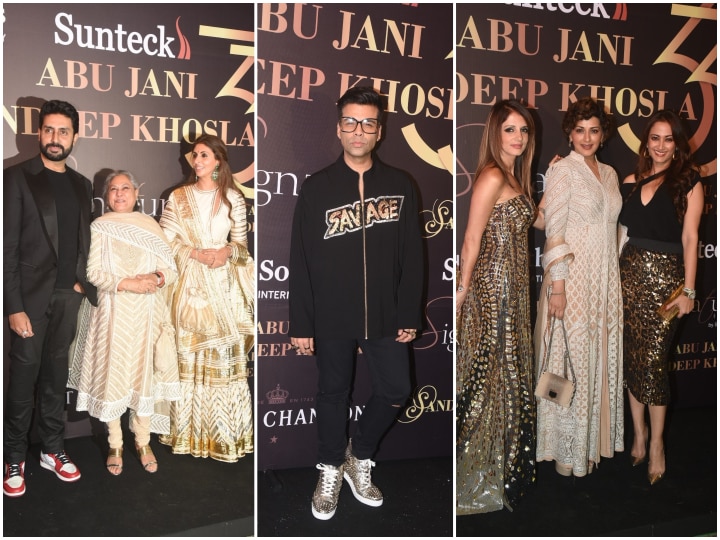 Ace fashion designer duo Abu Jani and Sandeep Khosla on Thursday celebrated their 33 years in the industry by organising a fashion show which was attended by many popular Bollywood celebs including the Bachchan family, Karan Johar, Twinkle Khanna among others. 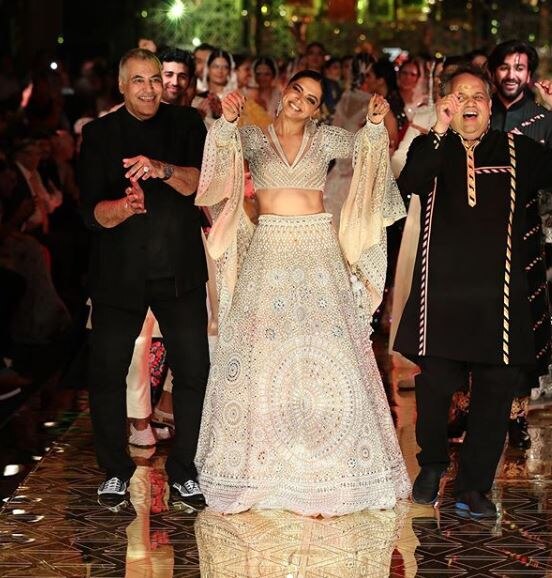 Bollywood star Deepika Padukone walk the ramp as showstopper for them at the fashion extravaganza. 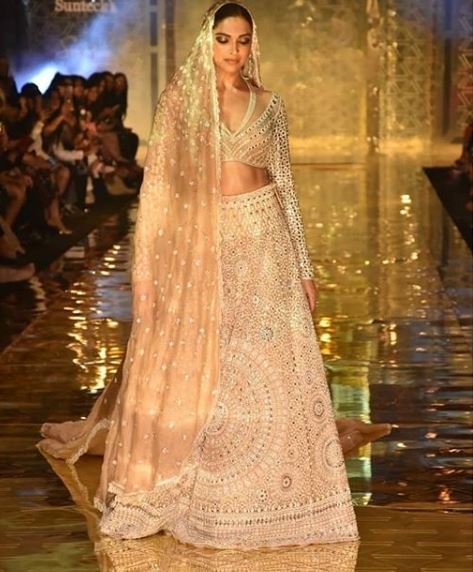 The 'Mastani' of Bollywood absolutely nailed her look in the outfit and made everyone present there gush for her beauty! 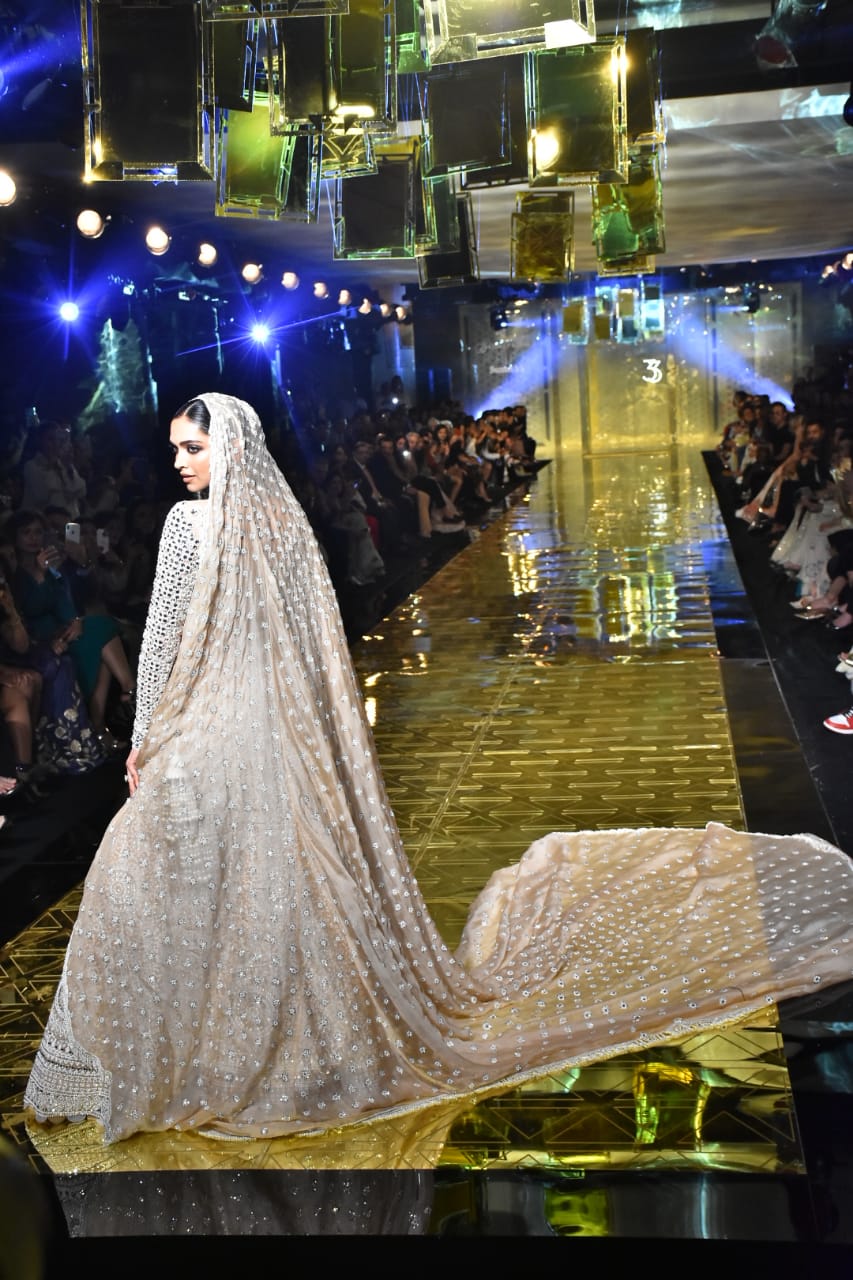 The actress looked no less than a goddess in a cream-gold lehenga with pearl embellishment paired with a long veil. 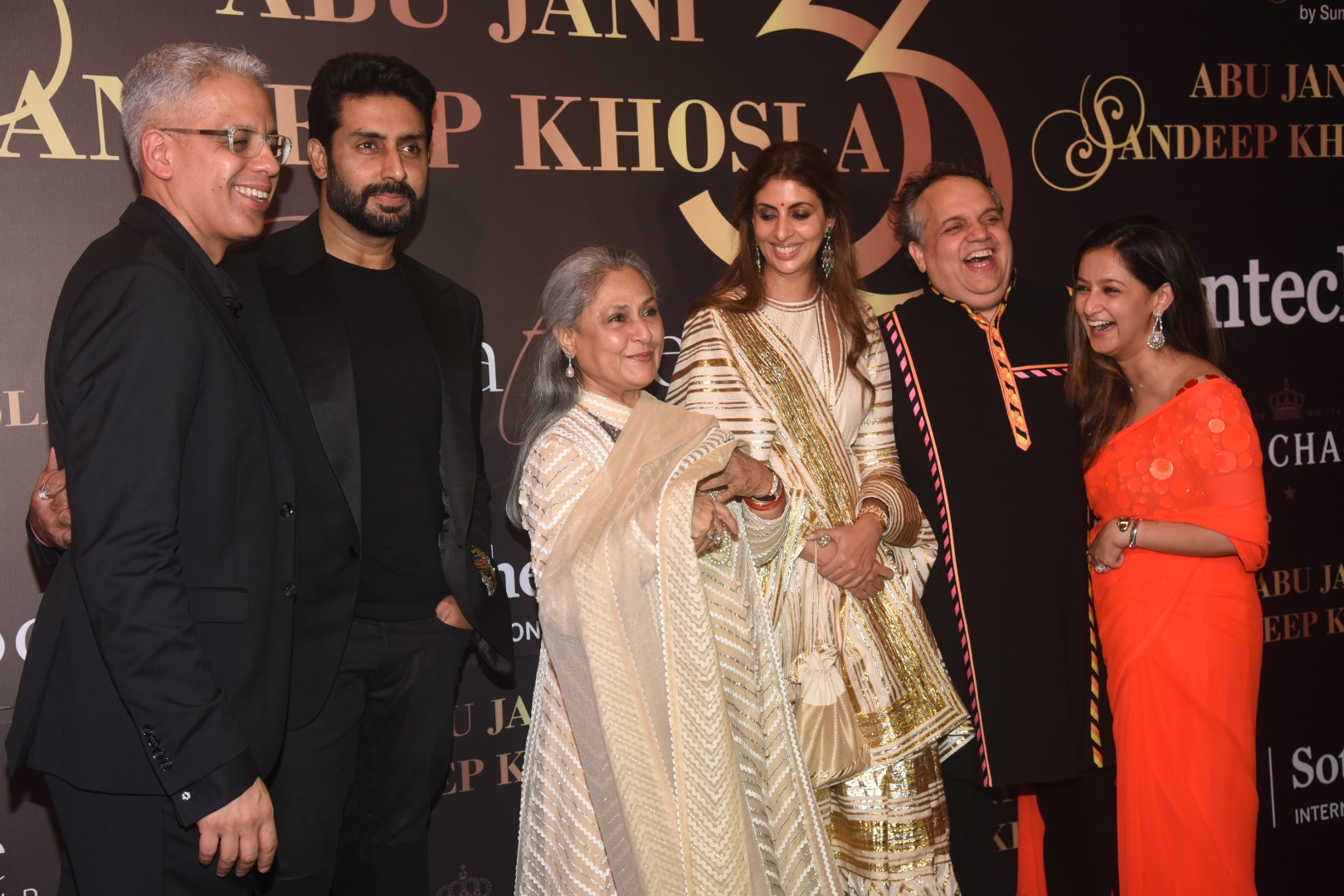 The event was attended by many celebrities, scroll down for the pics: 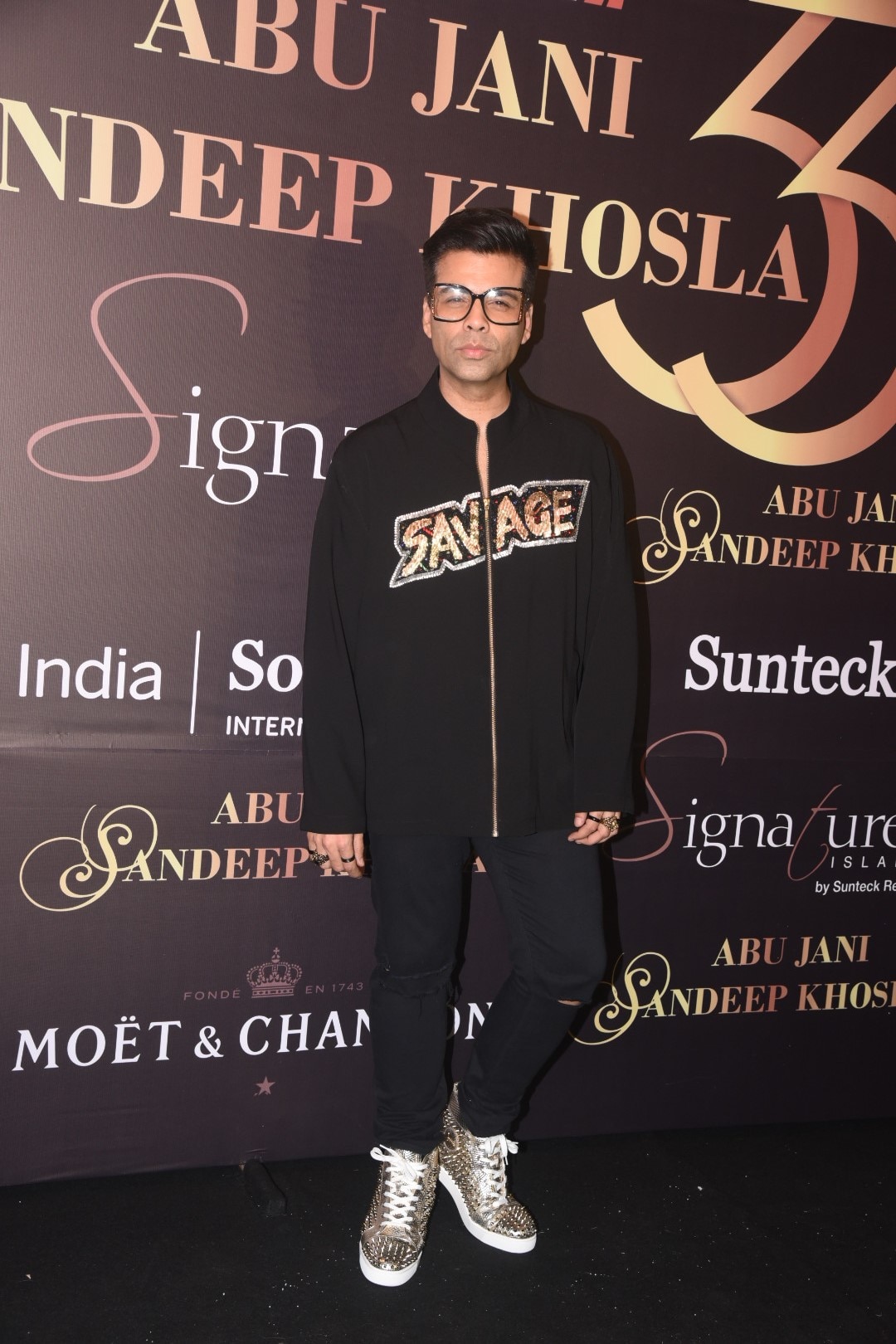 Karan Johar kept in casual in a black tracksuit. 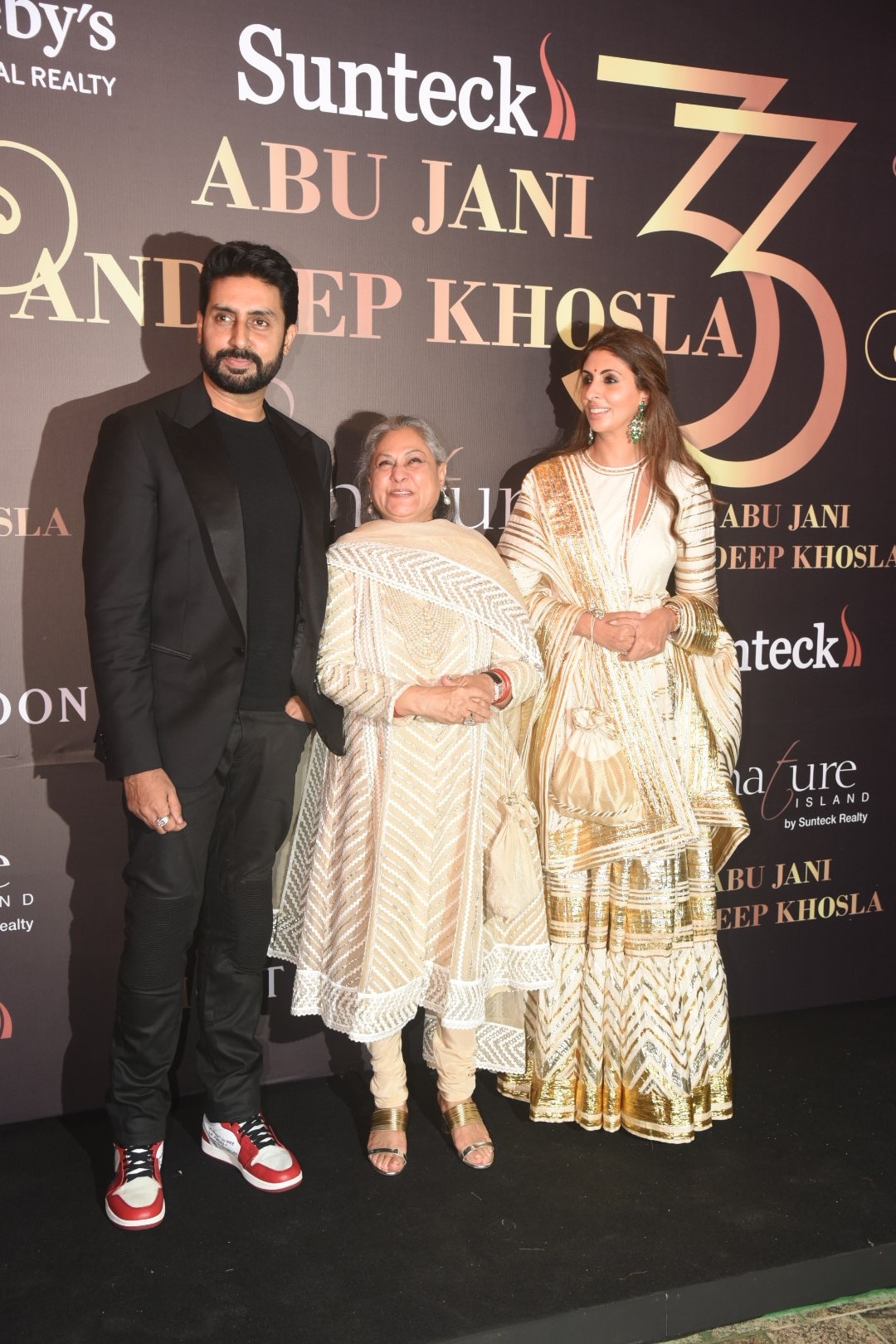 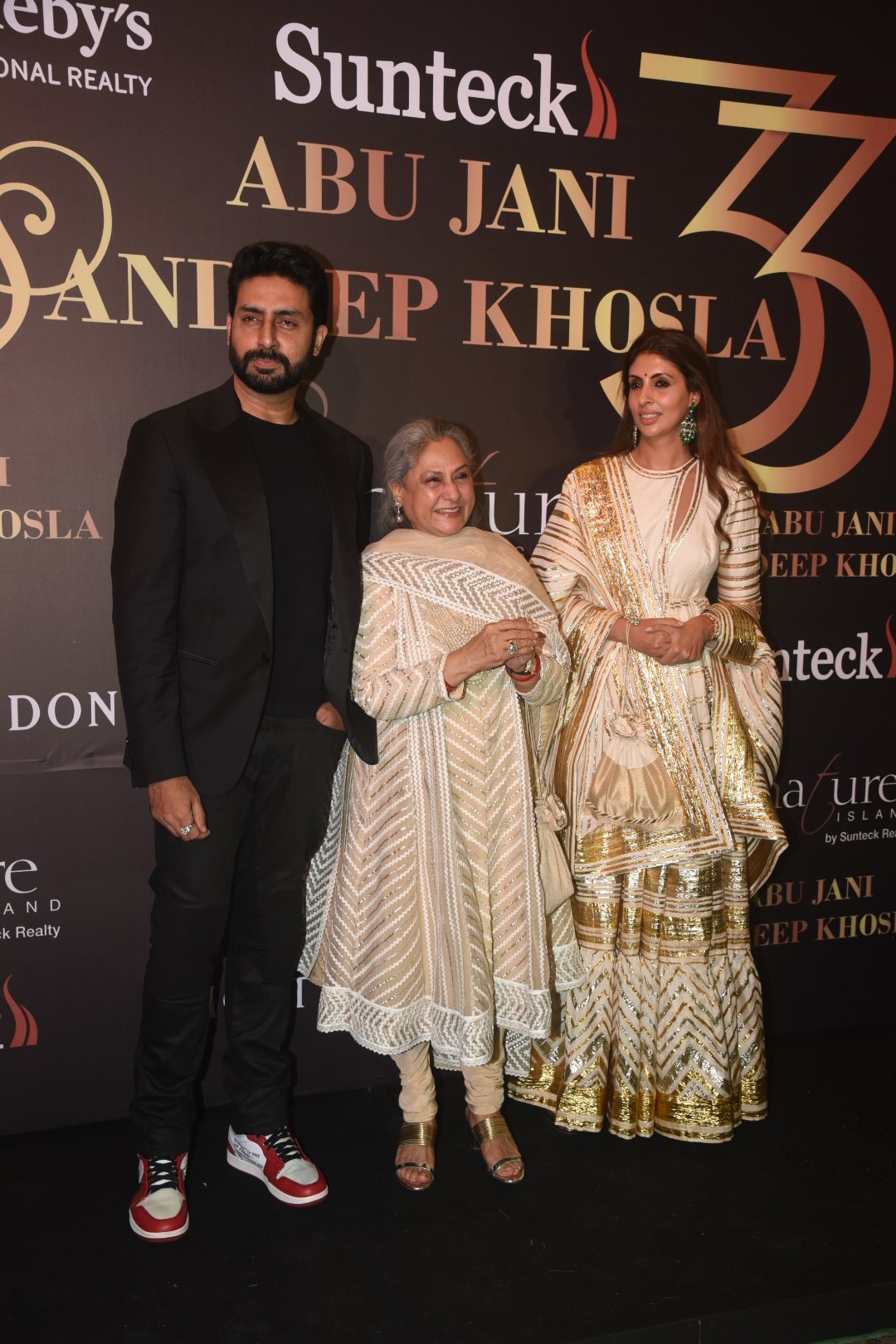 The Bachchan trio posed for a perfect family click 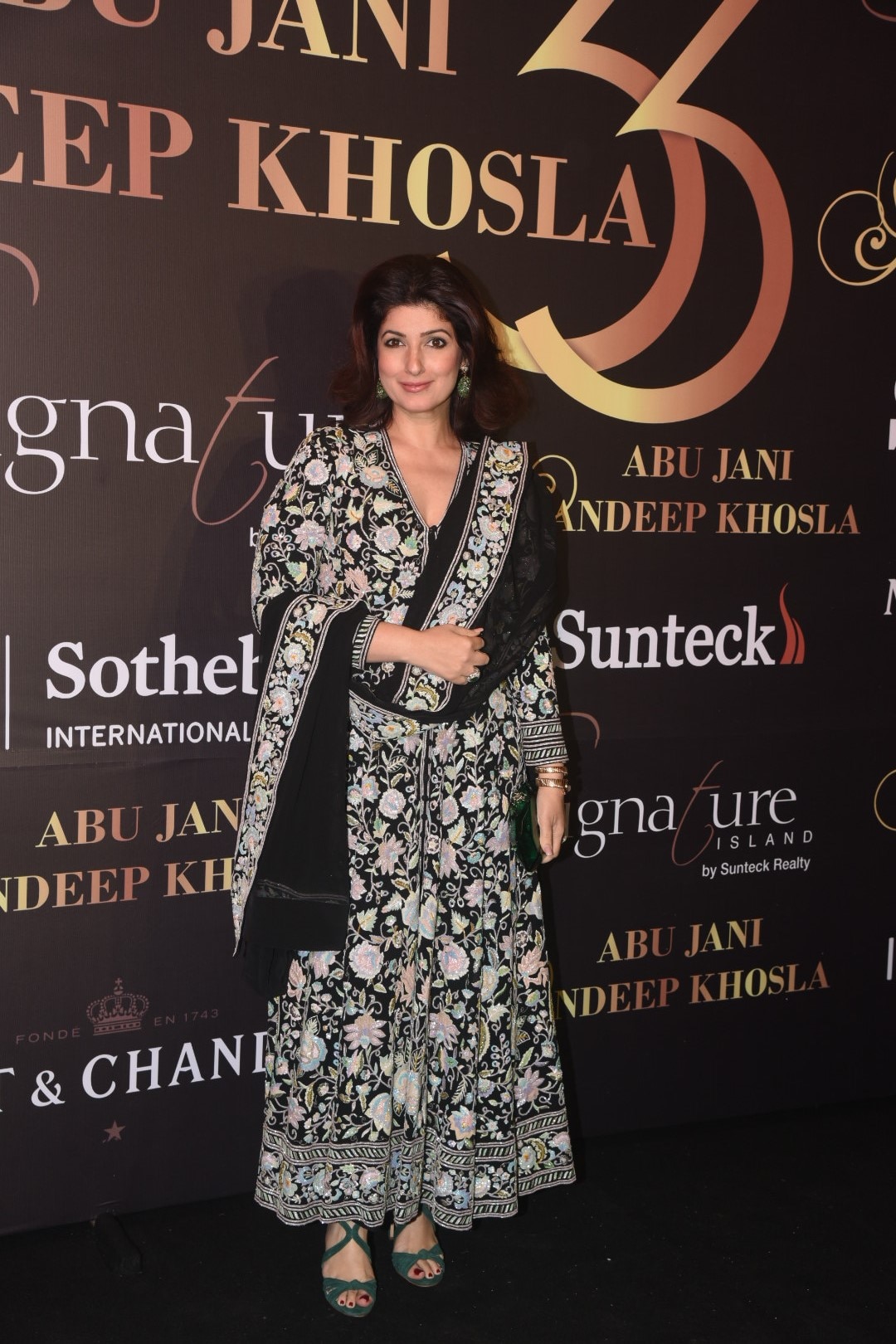 Twinkle Khanna opted for an floral embroidered suit which she teamed with green heels. 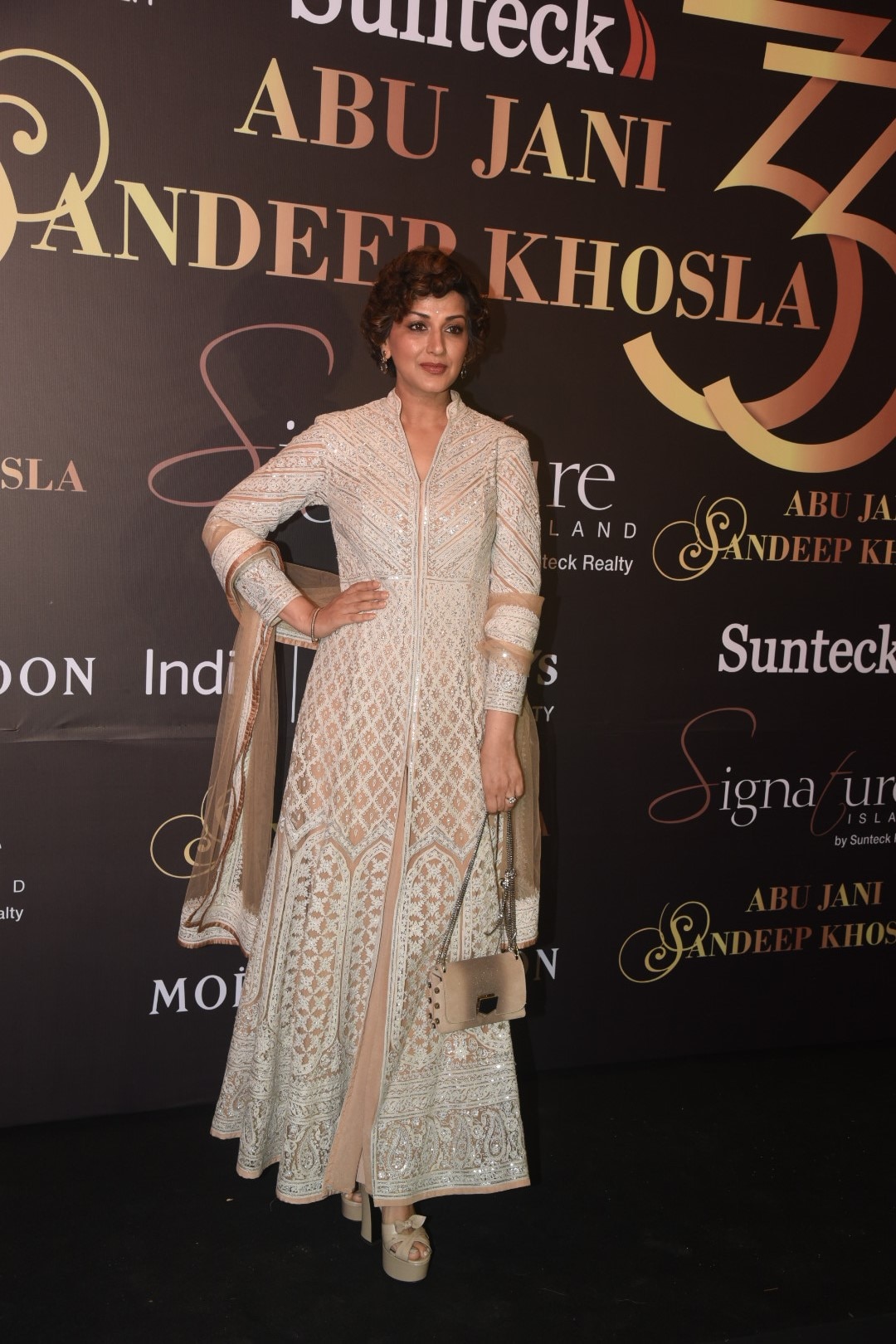 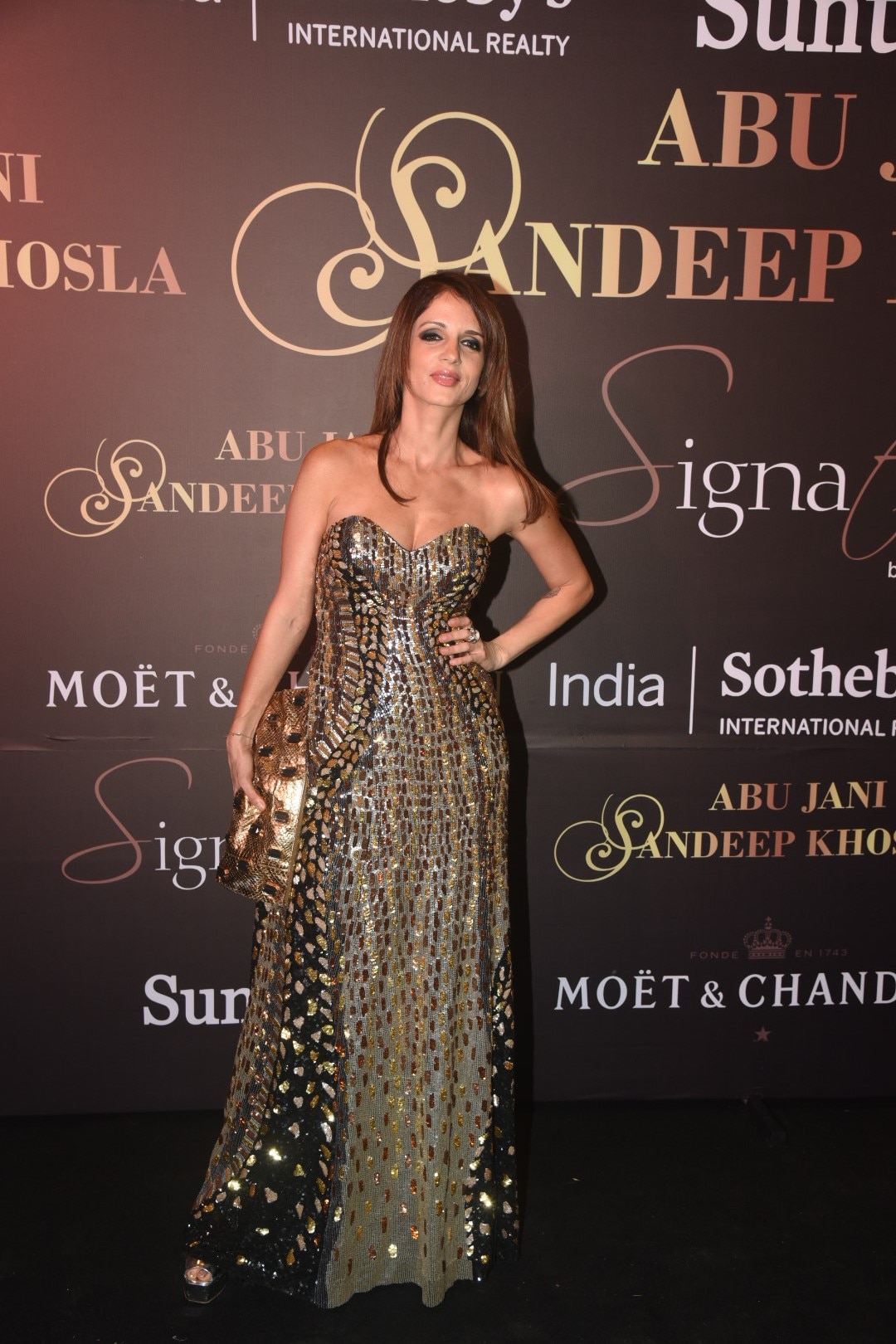 Sussanne Khan dazzled in an off-shoulder sequin gown that featured a thigh-high slit. 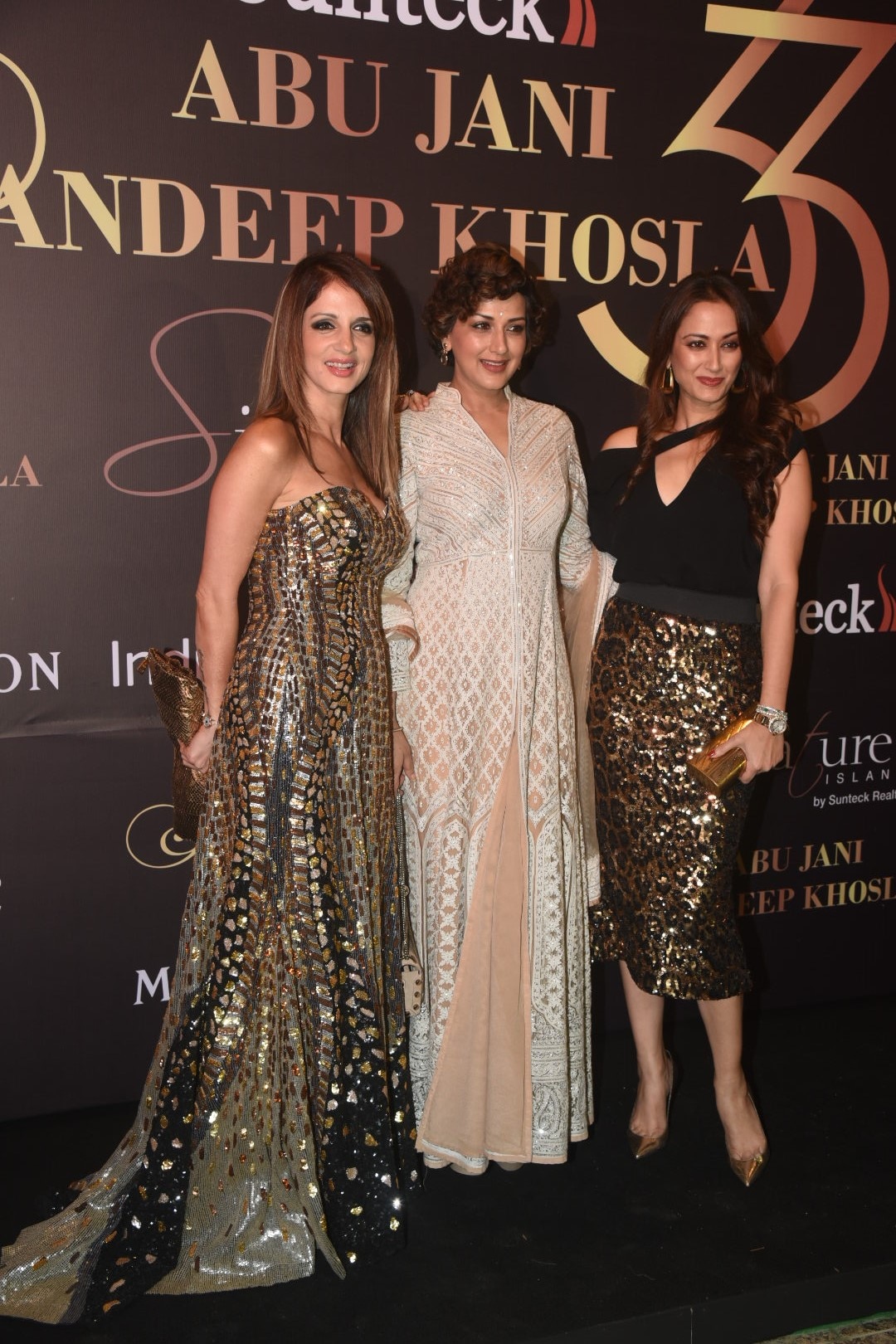 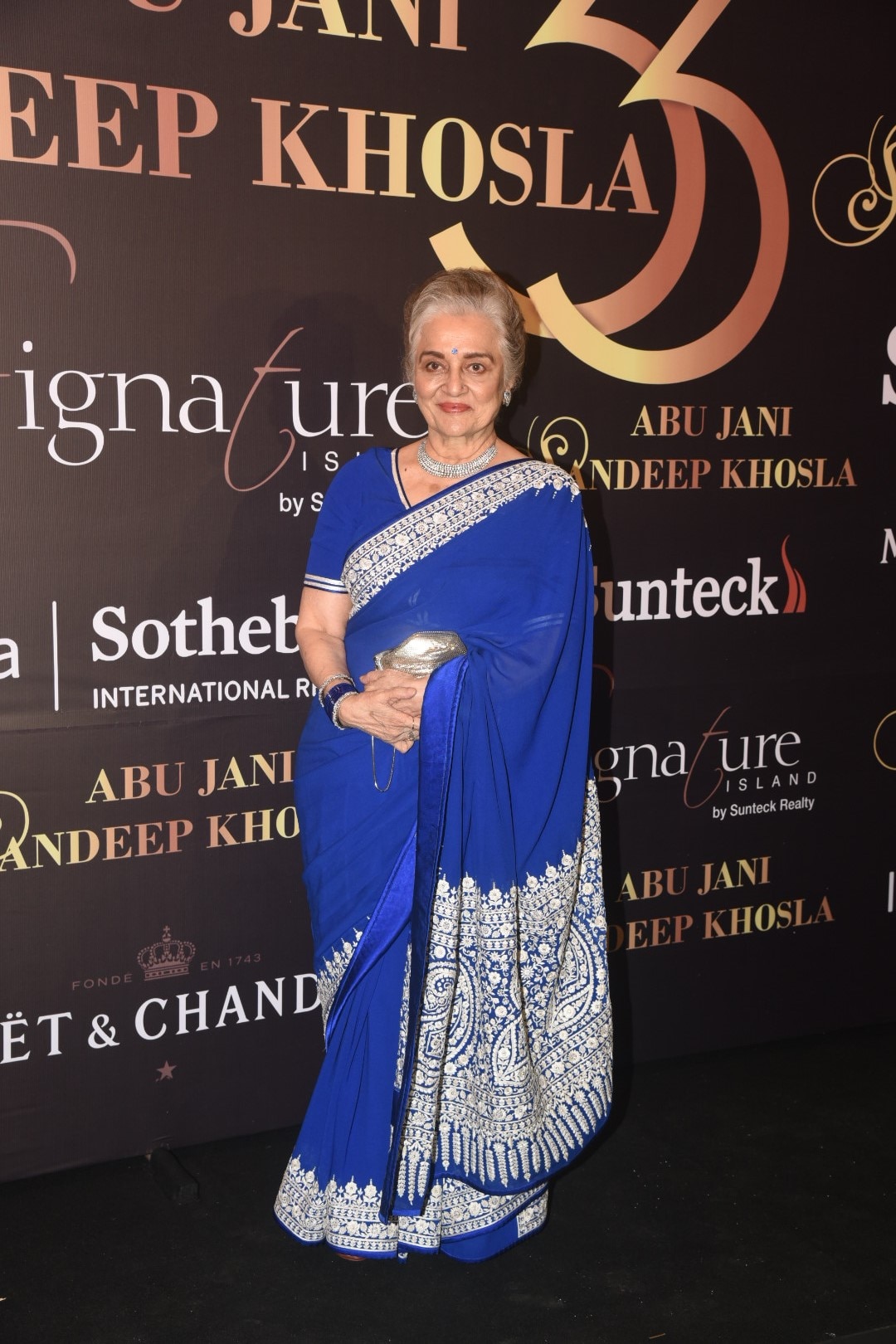 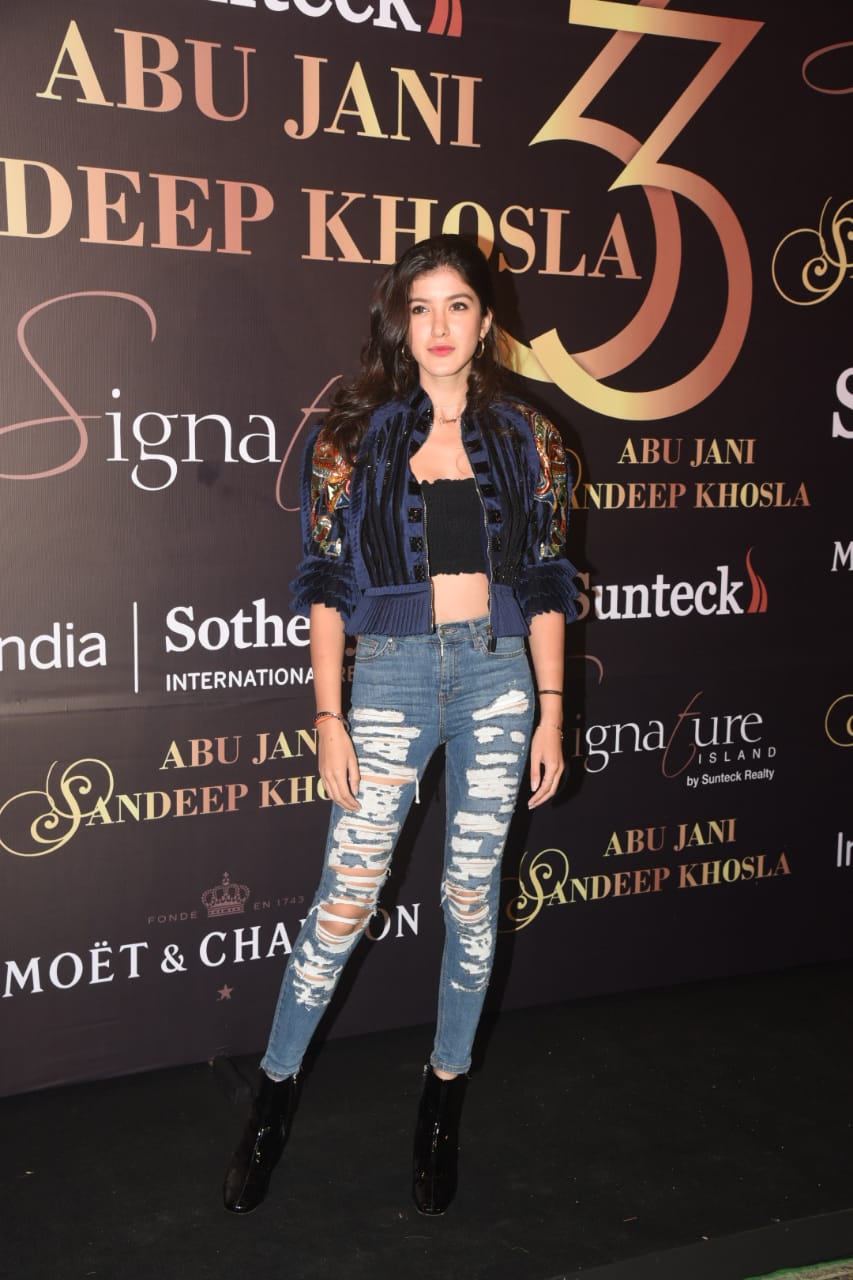 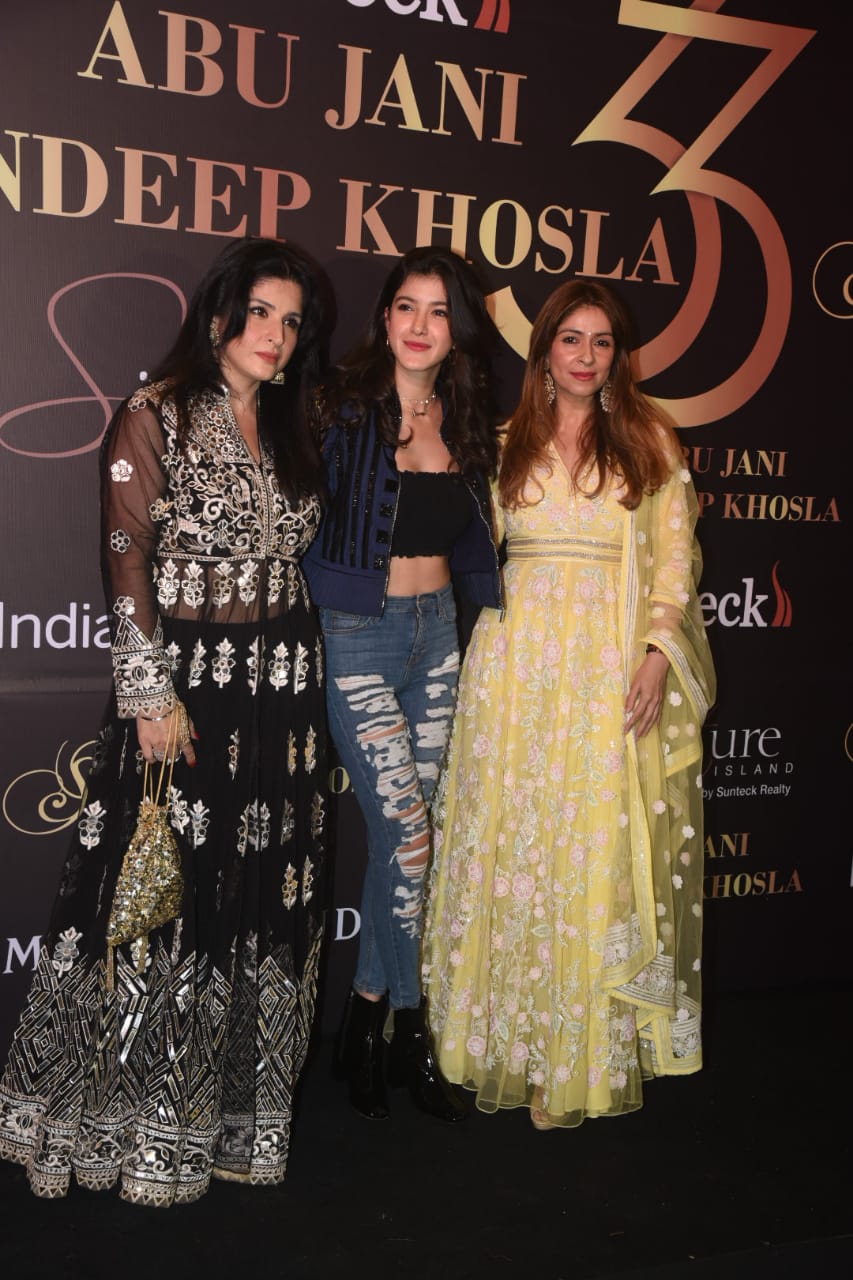 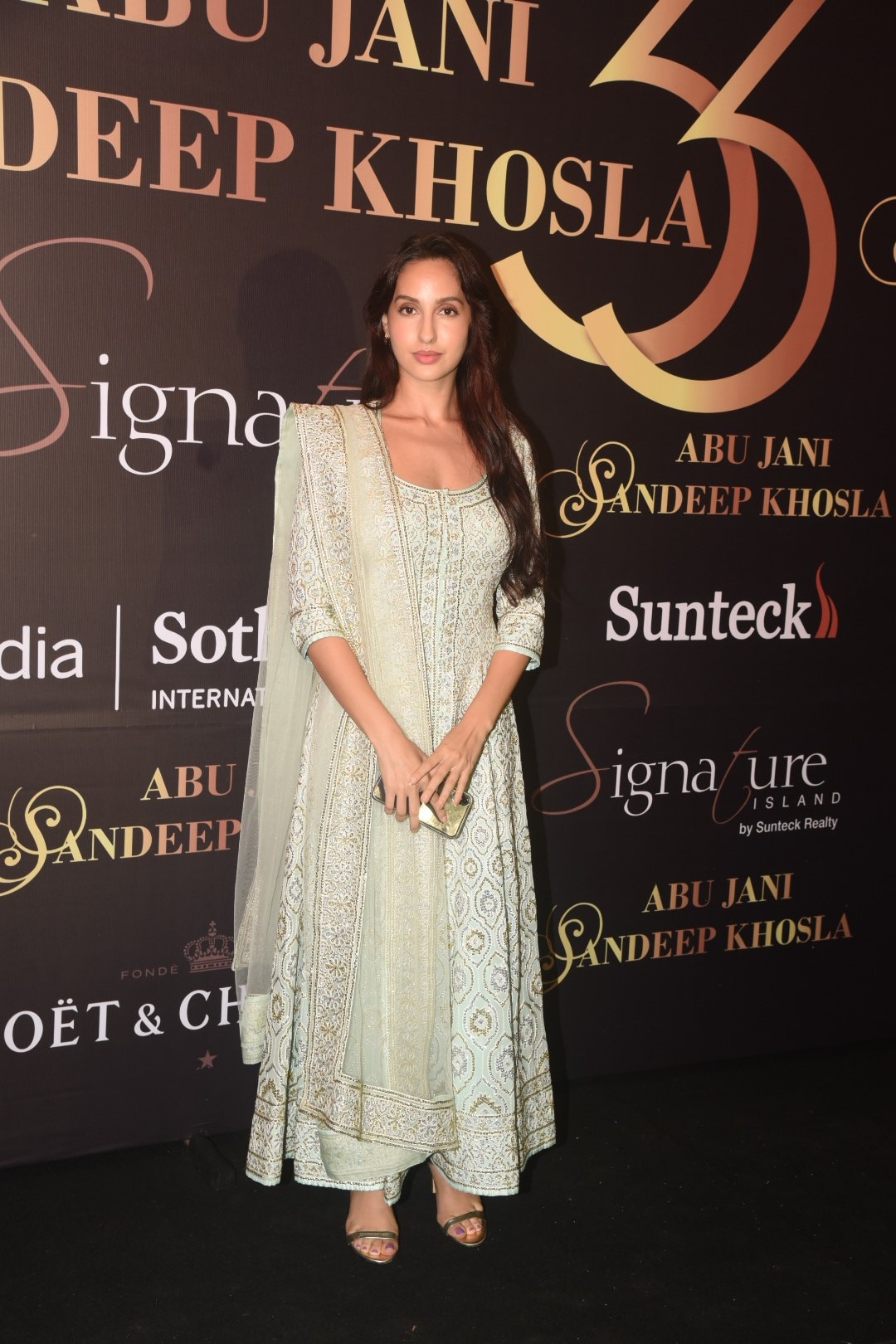 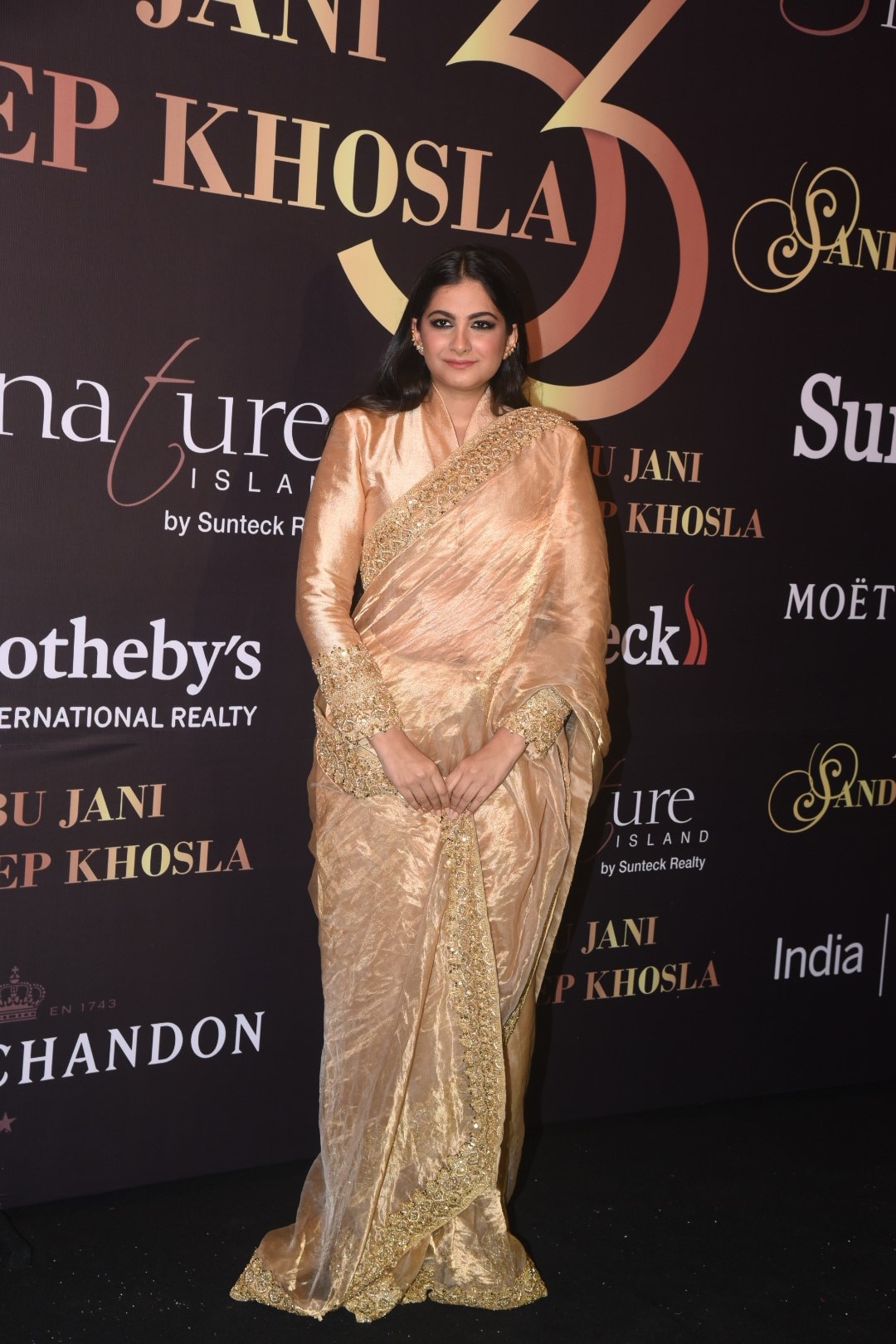 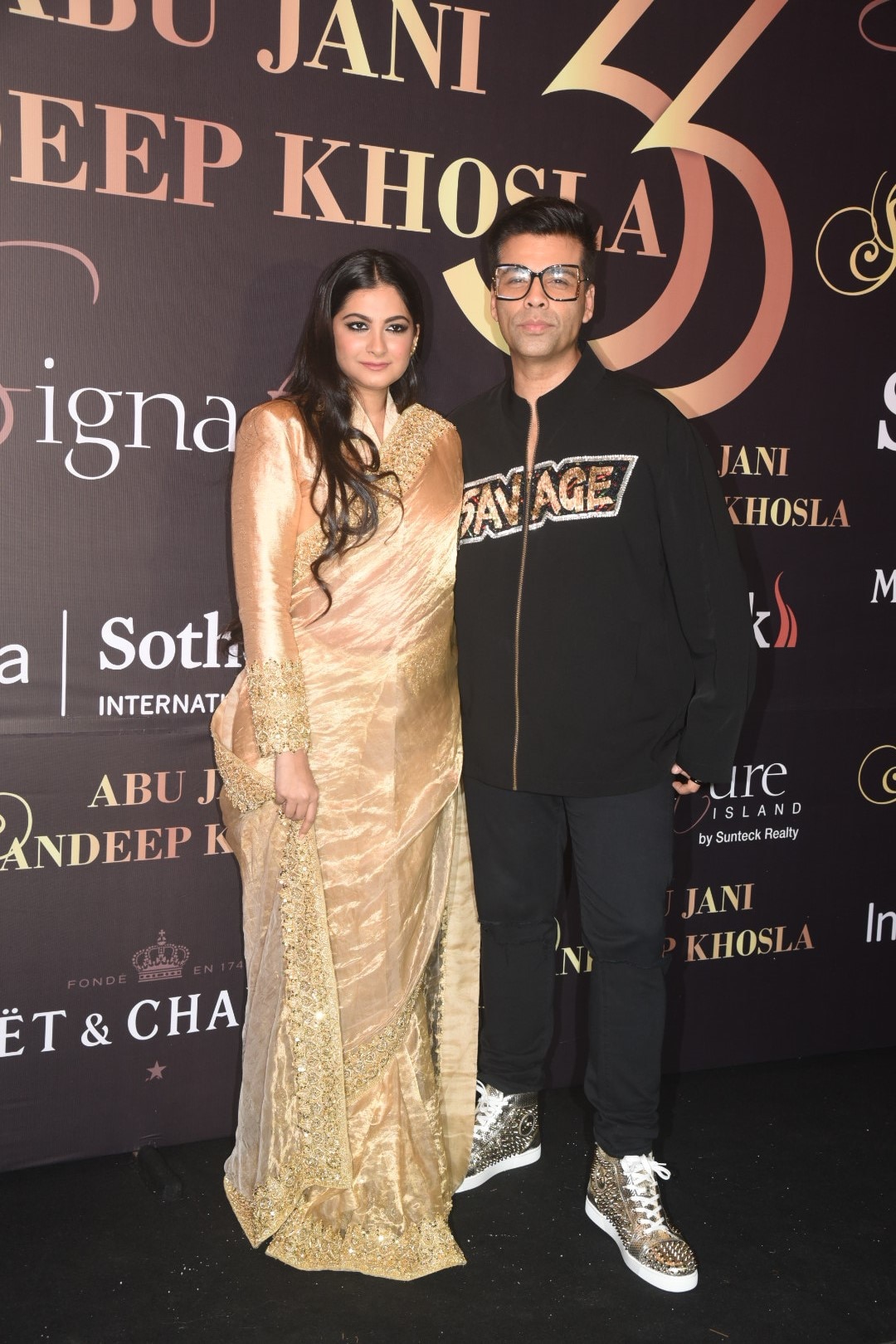 Rhea strikes a pose of Karan Johar for the paparazzi 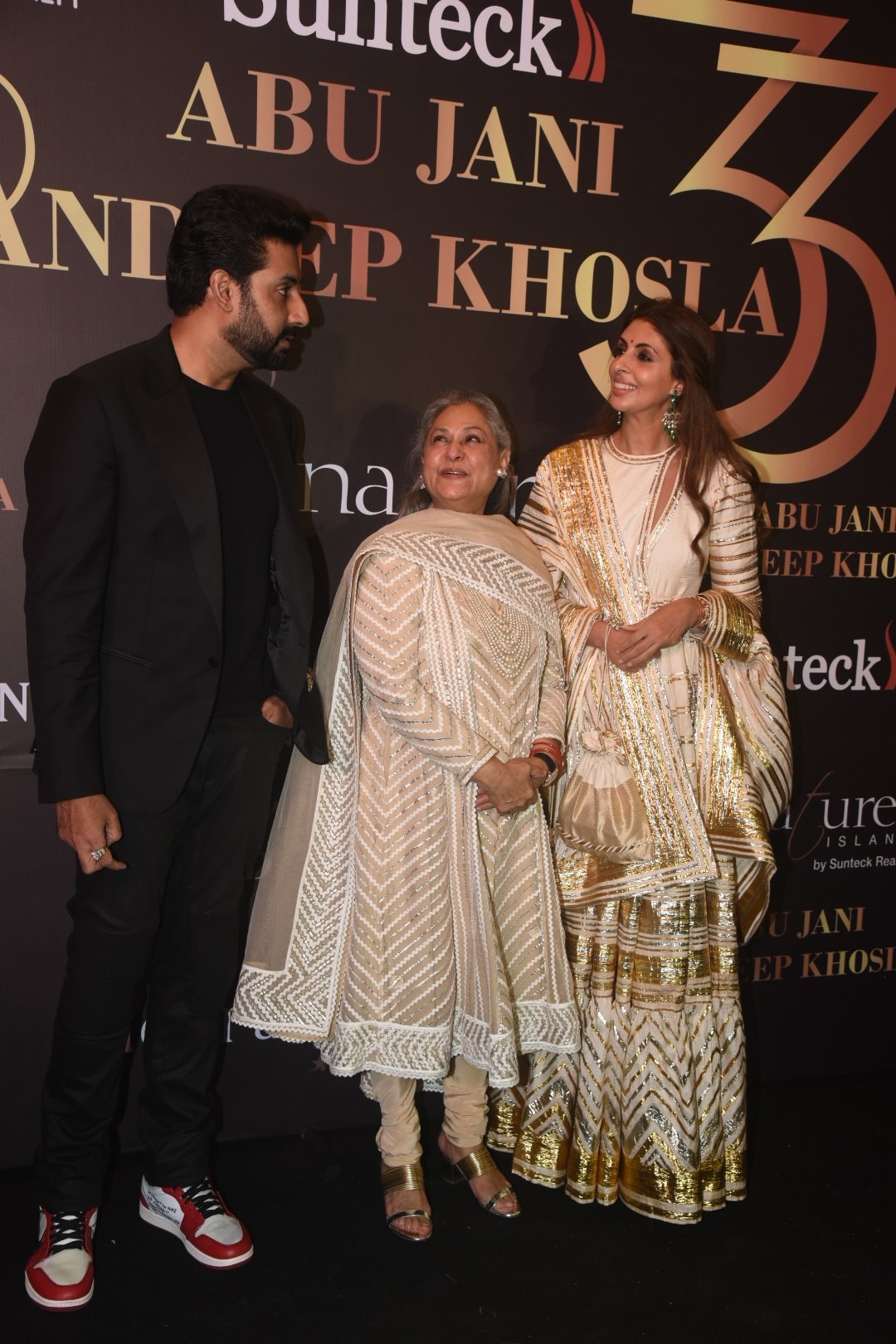