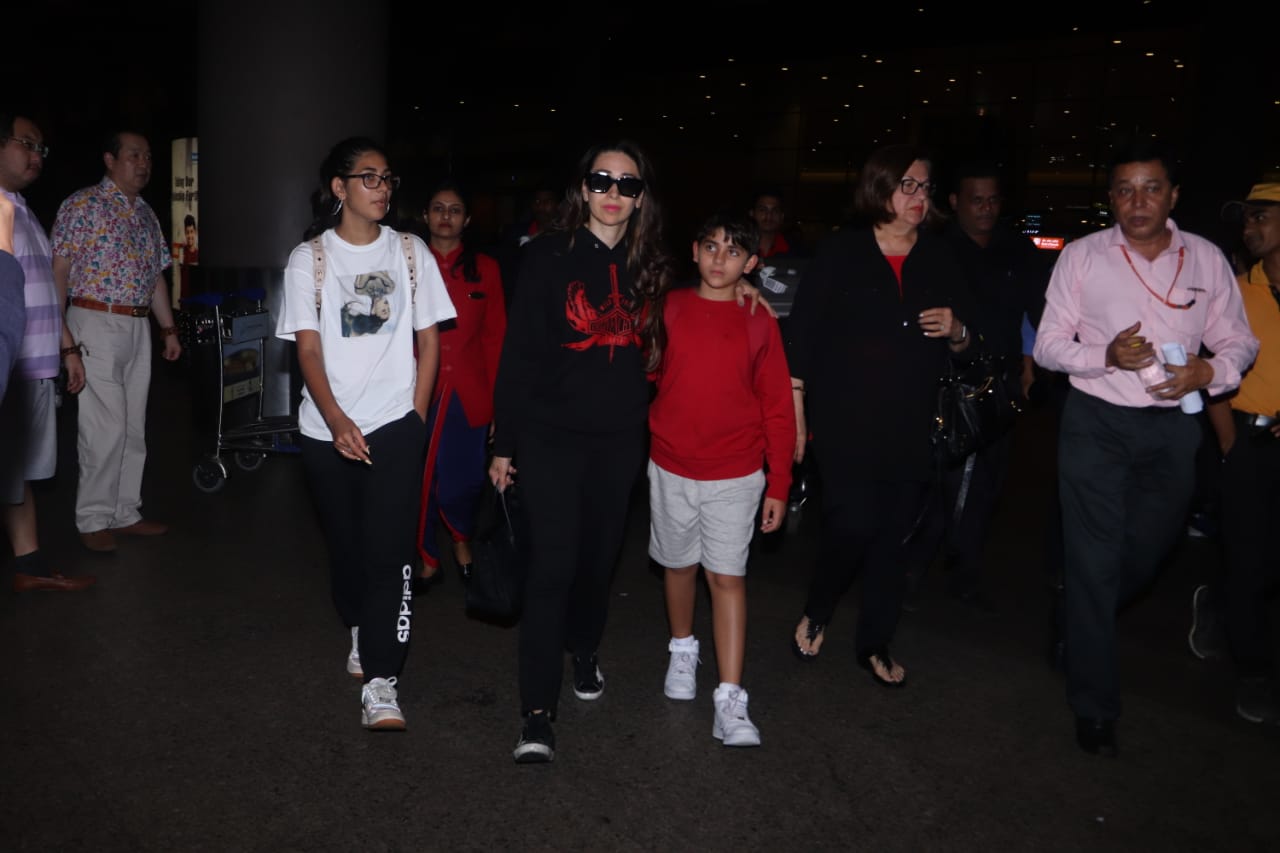 Karisma Kapoor, who had been vacationing in London with her children daughter-Samiera and son- Kiaan along with mother Babita and sister Kareena Kapoor Khan and her family, has arrived back to Mumbai. 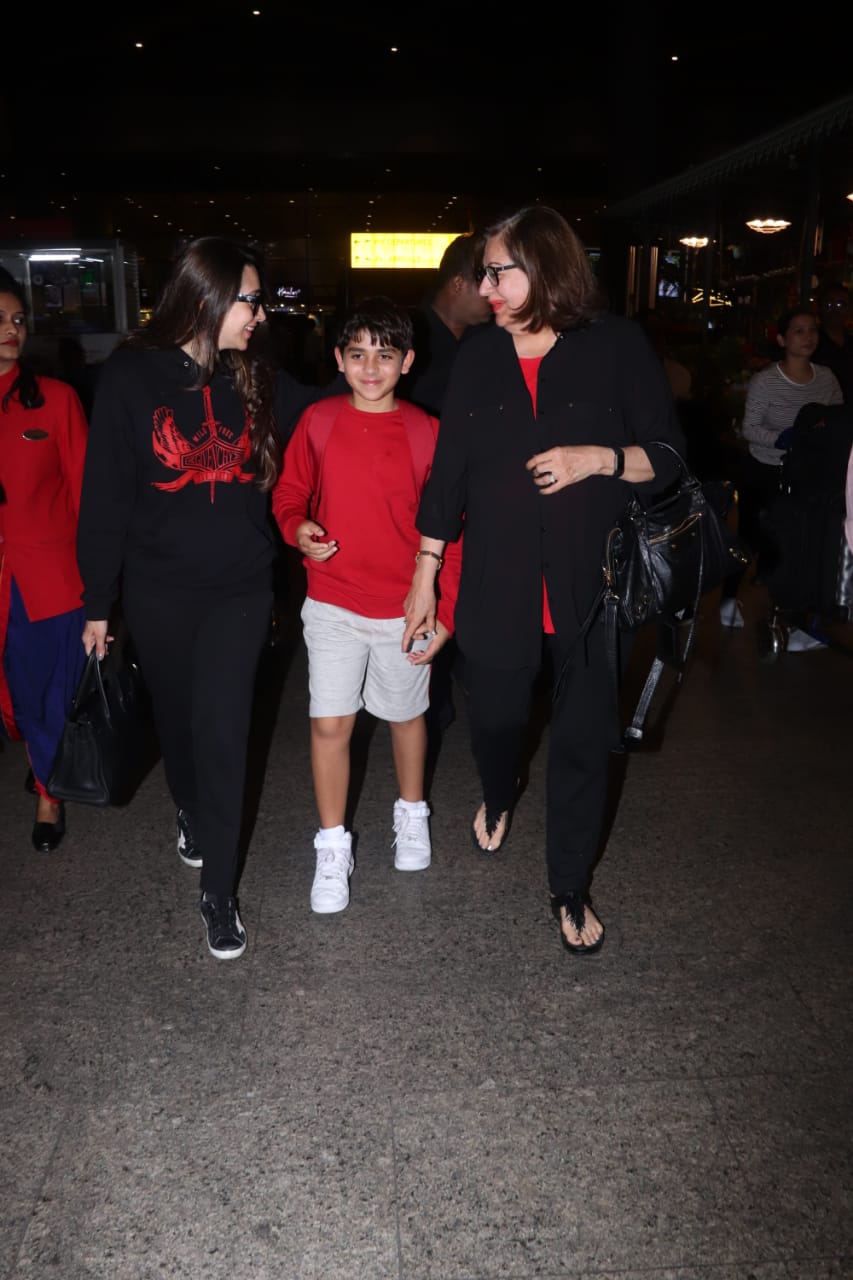 For her airport look, Karisma was twinning with her mom in black with a hint of red. 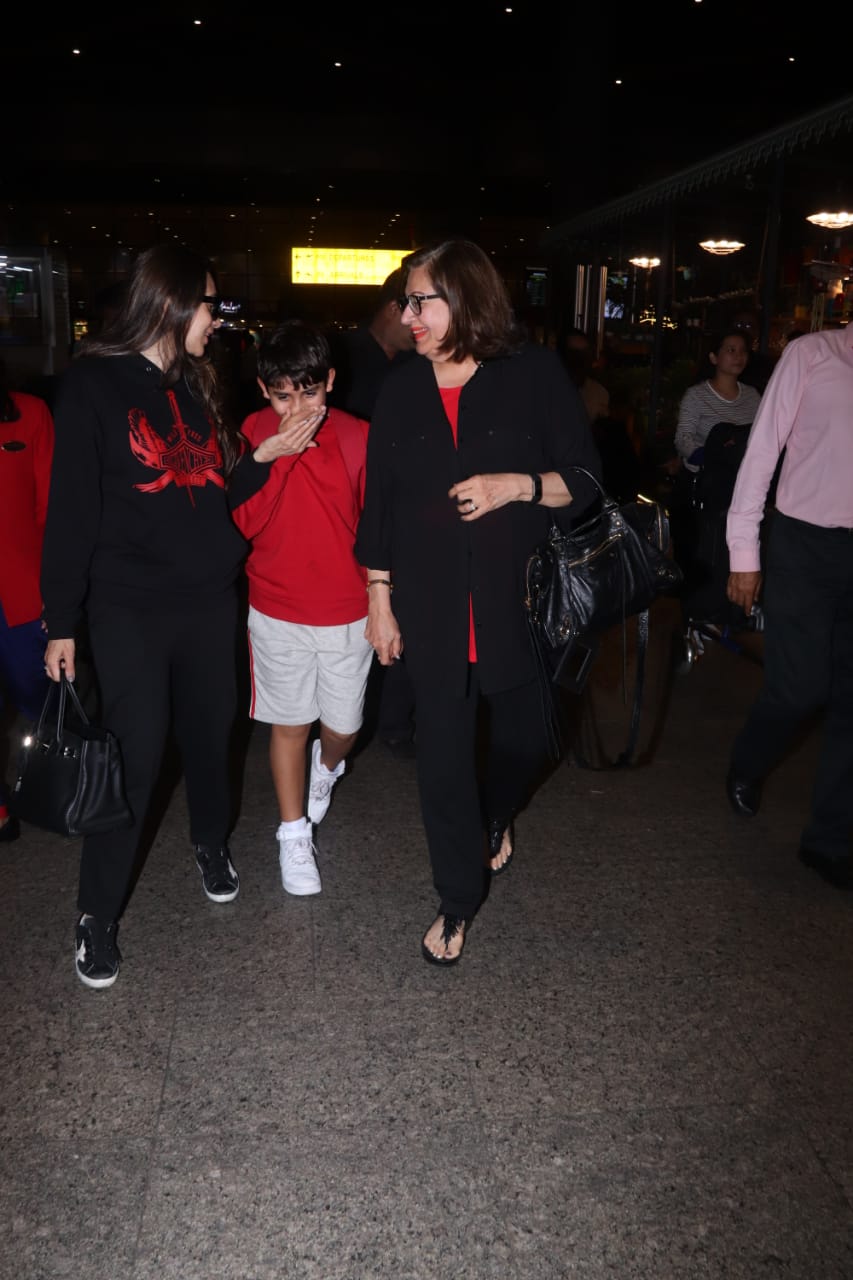 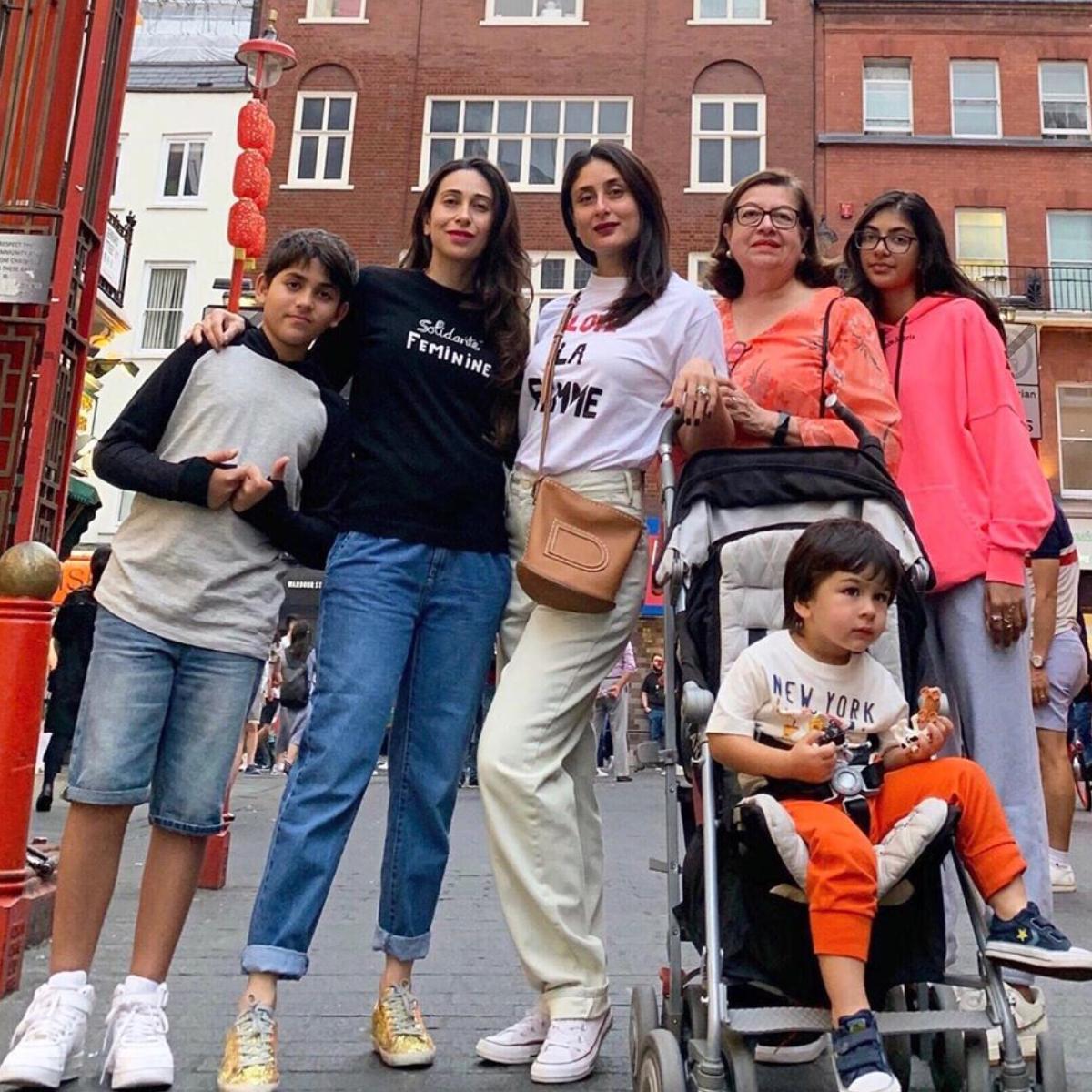 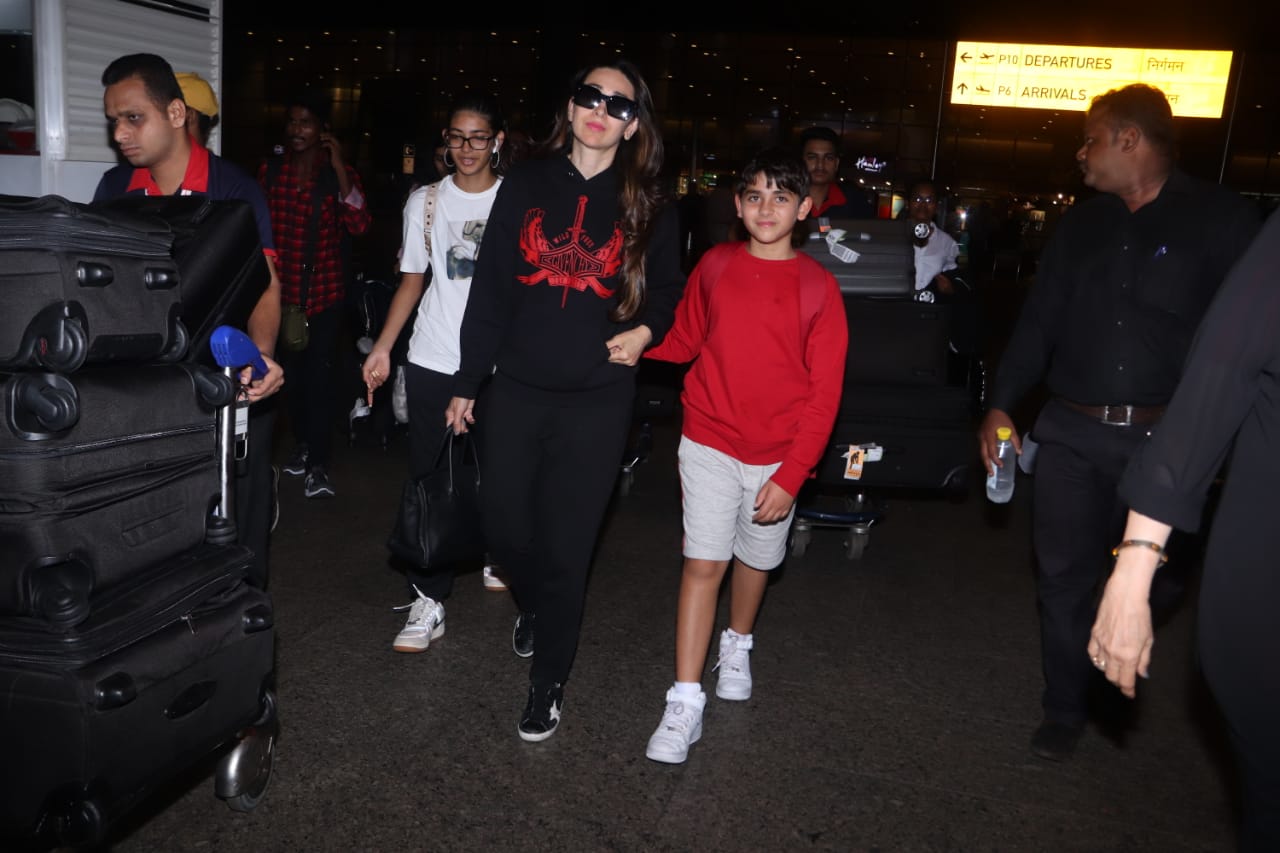 And while Karisma and family returned back to India, Kareena and son Taimur are still enjoying their extended vacation 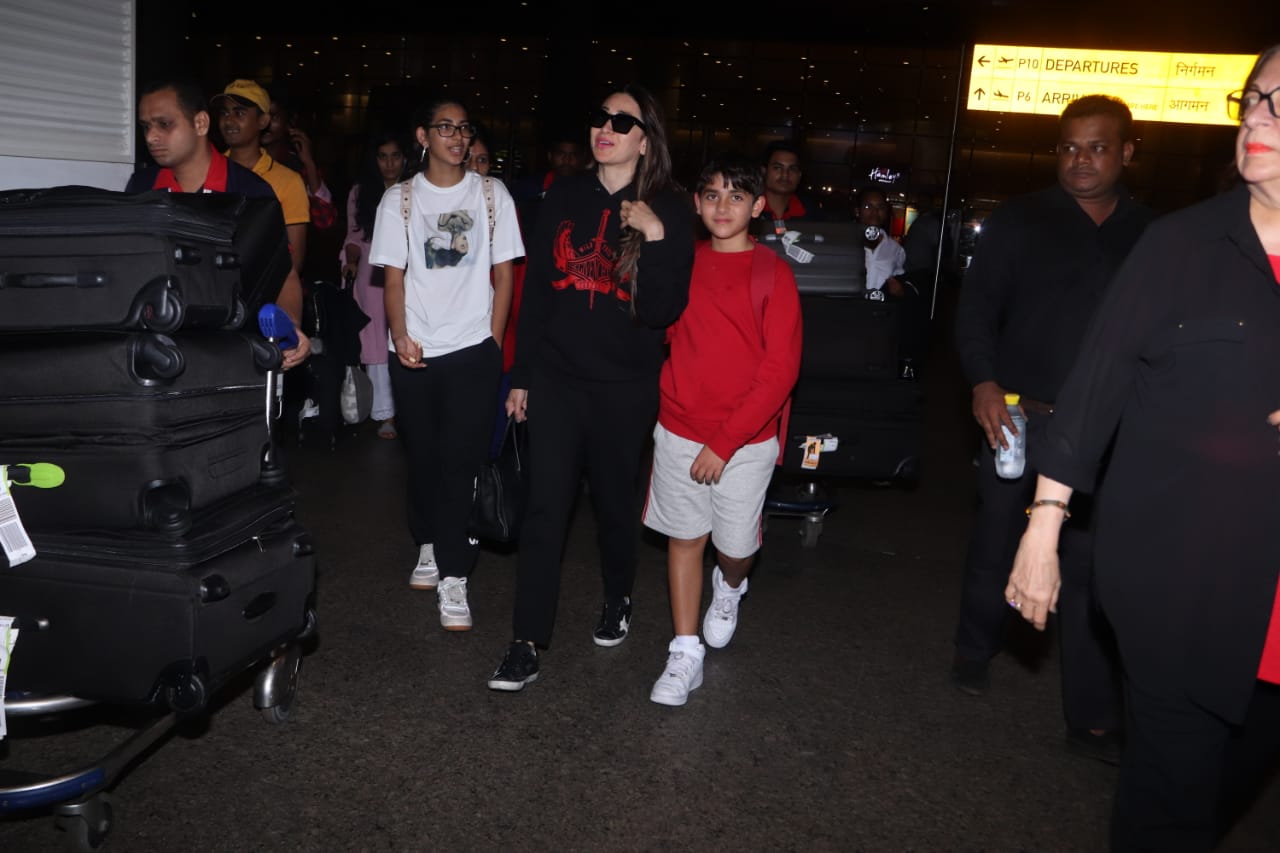