Alia Bhatt has given a sneak-peek into the discussion of her next film "Takht" along with filmmaker Karan Johar.

By: IANS
Updated: 15 Sep 2019 10:17 PM
Mumbai: Bollywood actress Alia Bhatt has given a sneak-peek into the discussion of her next film "Takht" along with filmmaker Karan Johar.

Alia took to her Instagram stories, where she is seen holding a red coffee mug with "Takht" written over it and Karan discussing about the film in front of her. Karan seems to be in a conversation. 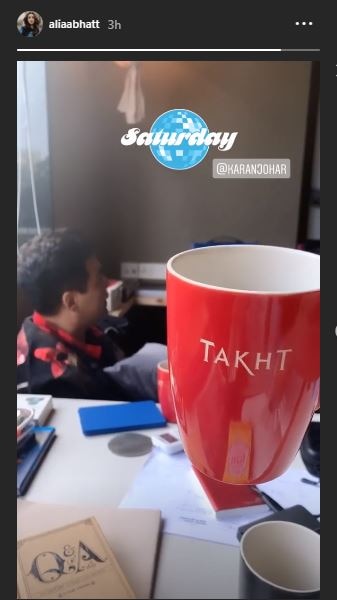