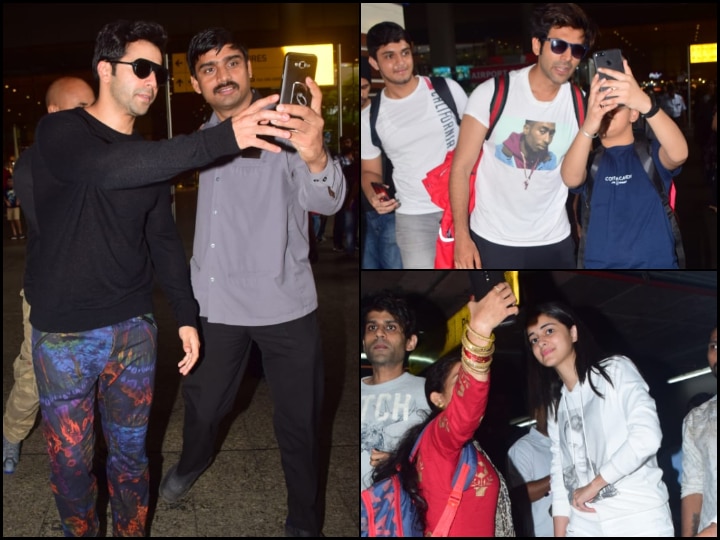 Several Bollywood celebs including Varun Dhawan, Ananya Panday and Kartik Aaryan were spotted at Mumbai airport on Sunday (September 8). What made it more special was the fact that they obliged to the request of their fans and took selfies with them. Scroll down to see the photos. 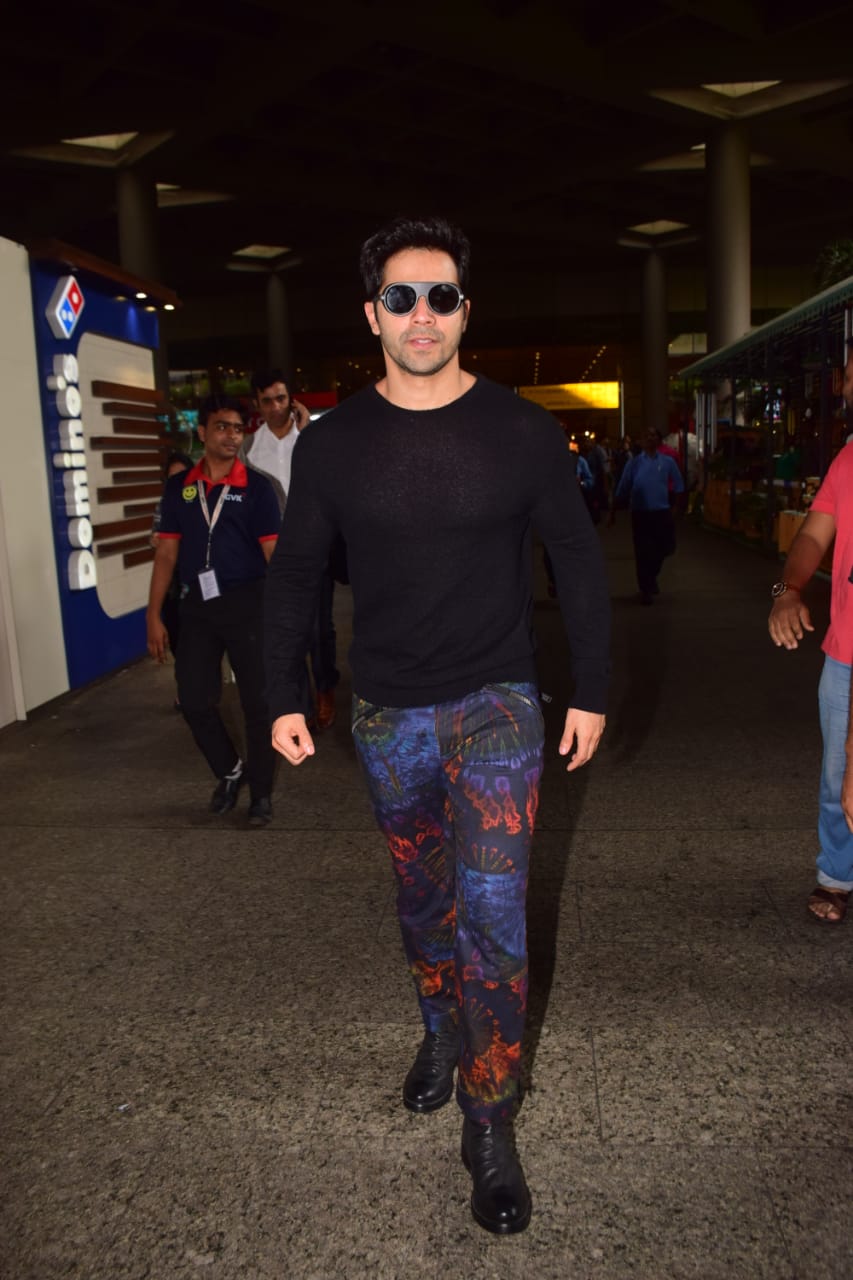 Varun Dhawan, who was last seen in ‘Kalank’ opposite Alia Bhatt, looked dapper in a black t-shirt and multi-coloured pants. 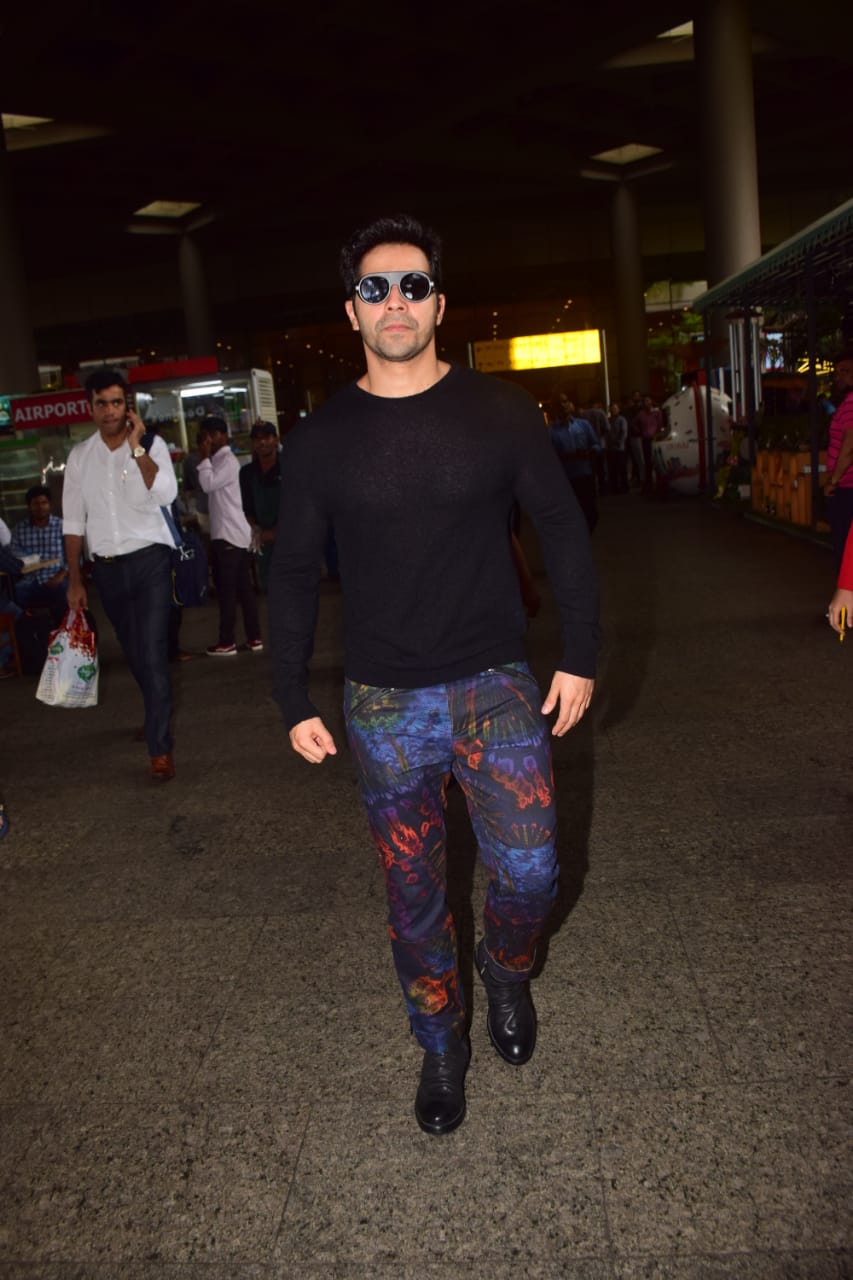 On the professional front, Varun will be next seen in Remo D’Souza’s ‘Street Dancer 3D’ opposite Shraddha Kapoor. 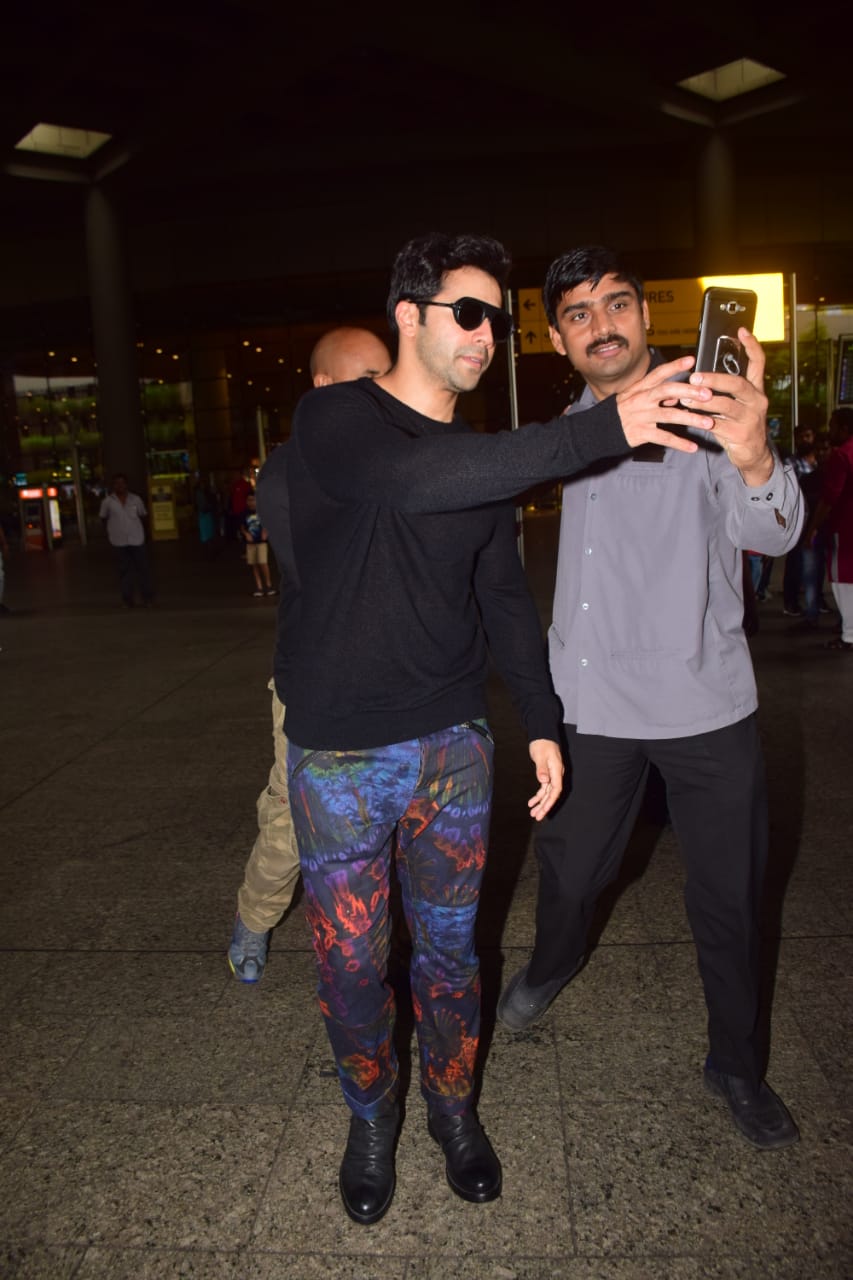 Fans love their favourite Bollywood stars and they often wish to get a selfie with them. A guy asked Varun for a selfie and he happily obliged for the same. 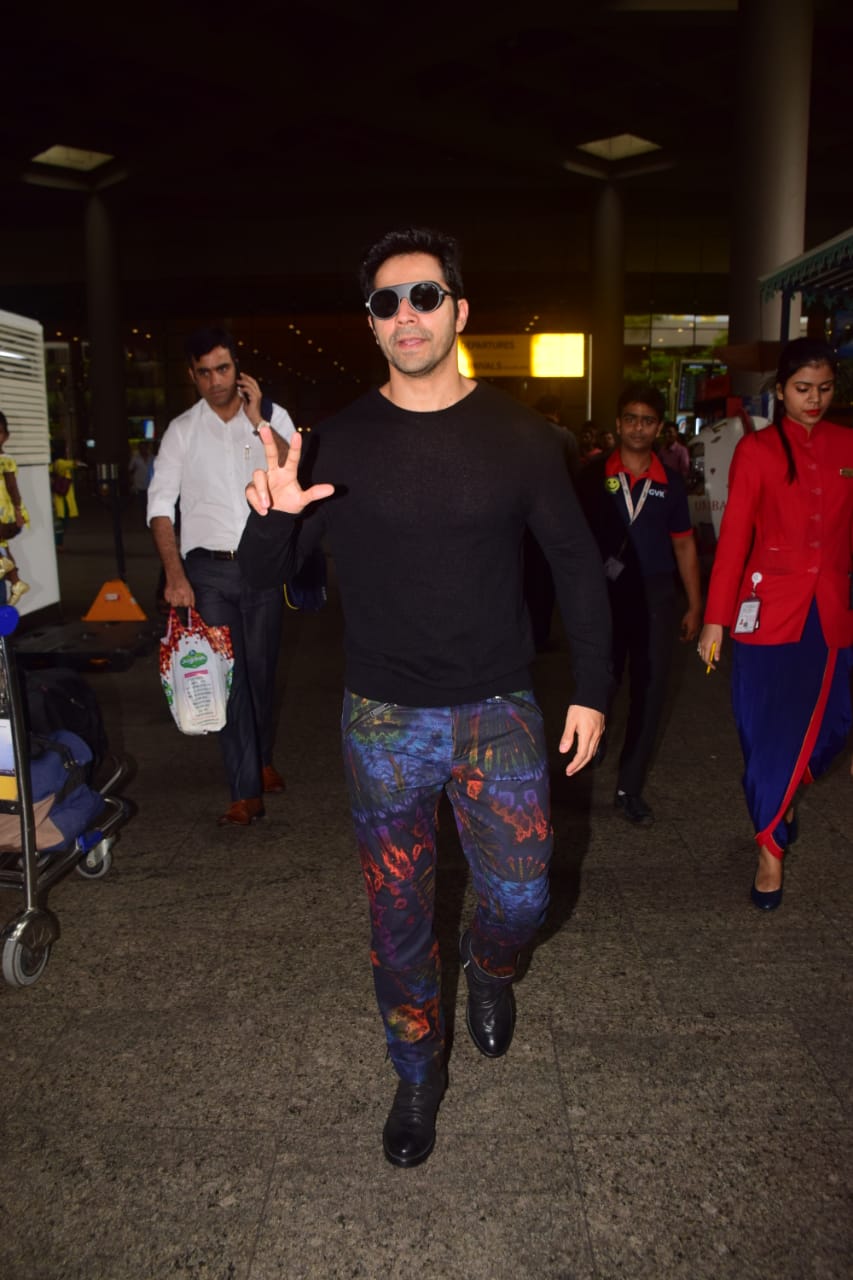 Varun also has the remake of ‘Coolie No.1’ in his kitty. The film co-starring Sara Ali Khan will hit the silver screens on May 1, 2020. 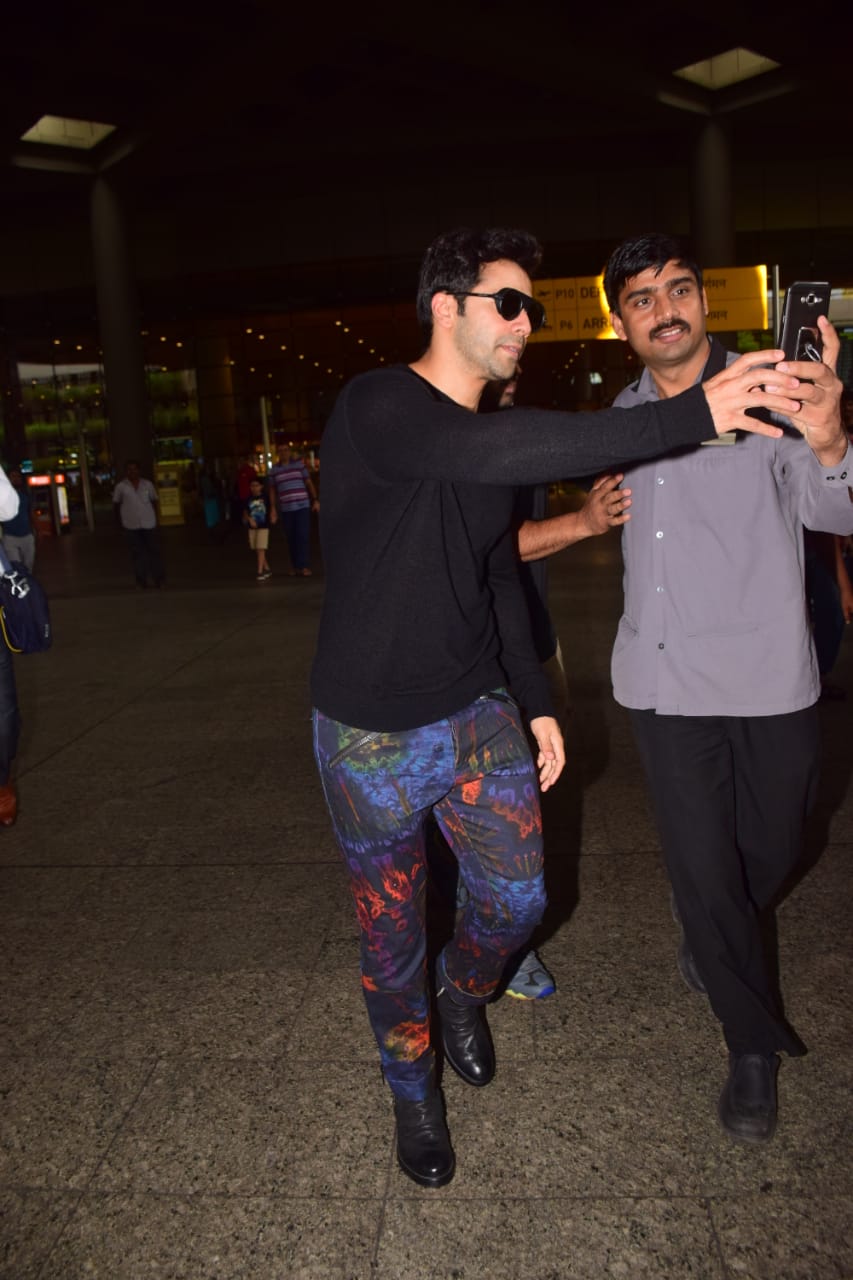 A selfie with his/her favourite tinsel town star often means the world to a fan. 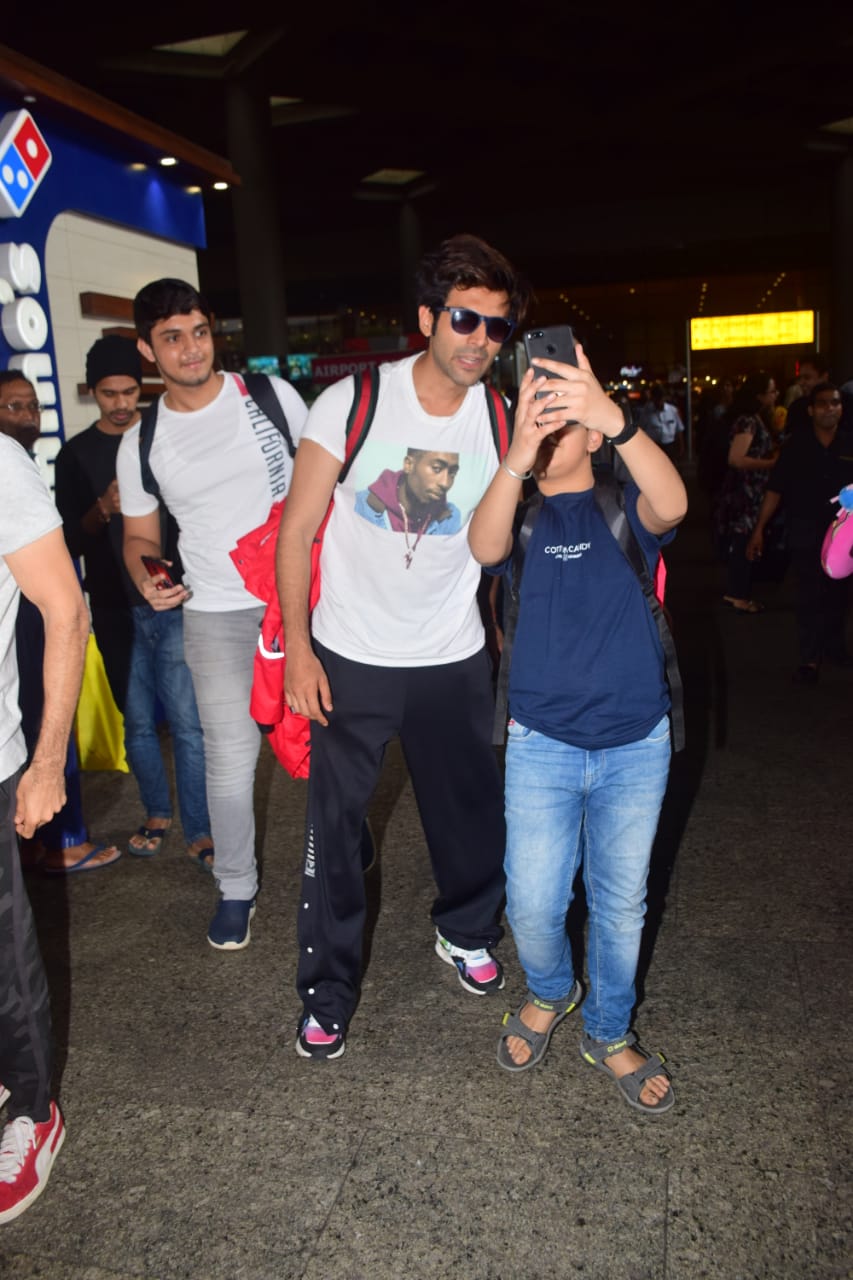 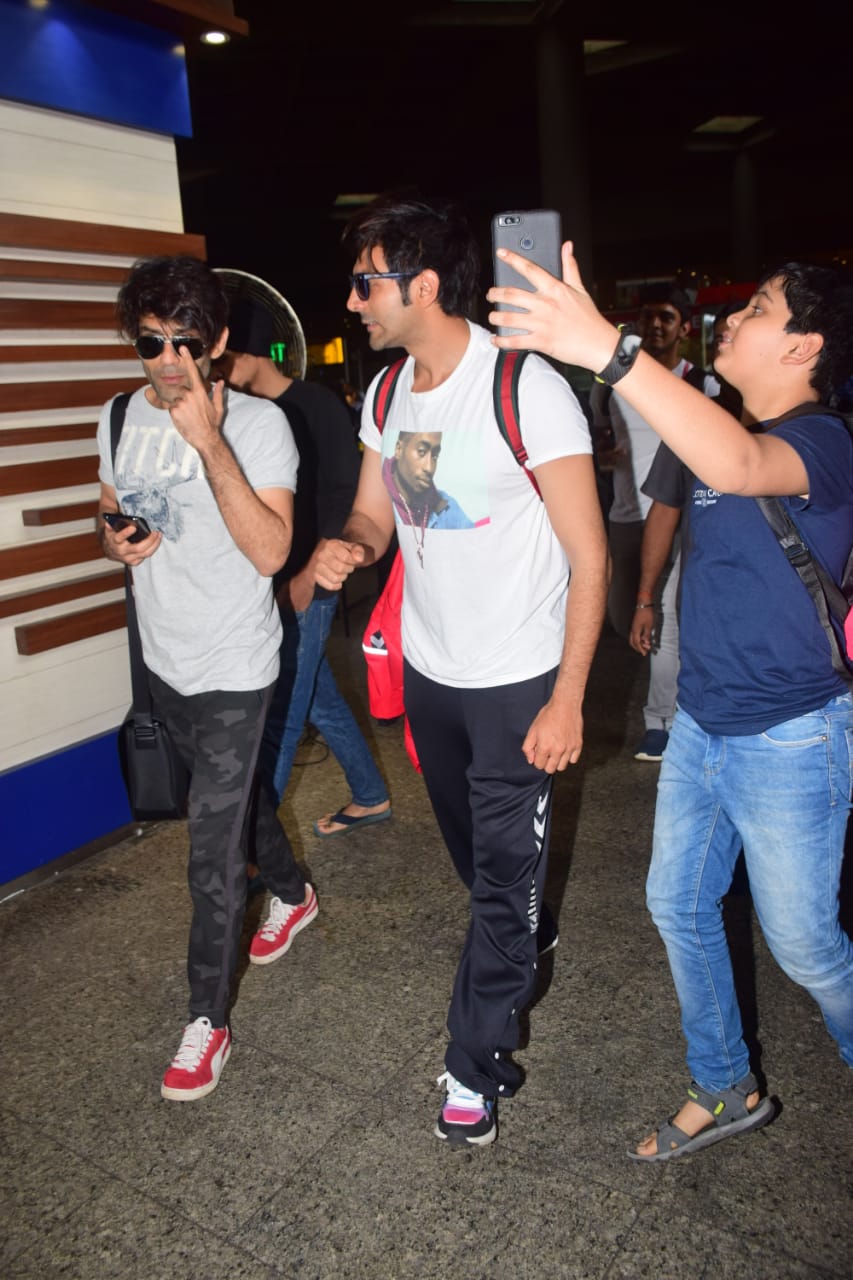 A ‘small’ fan requested Kartik Aaryan for a selfie. Scroll down to next picture to see what happened. 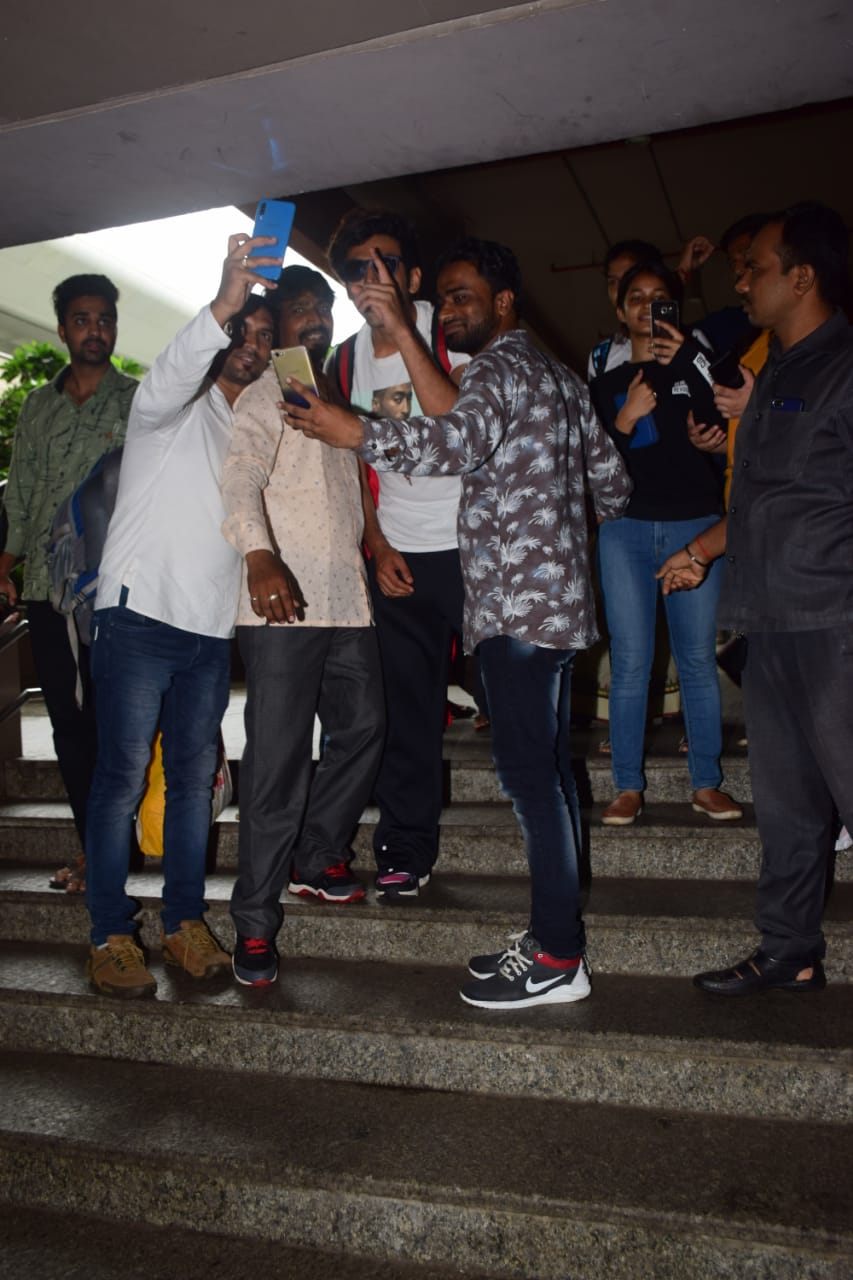 Several fans managed to get a selfie with Kartik Aaryan, who was last seen in ‘Luka Chuppi’ opposite Kriti Sanon. Kartik Aaryan was spotted with Ananya Panday at the Mumbai airport. The two stars will be seen together in ‘Pati Patni Aur Woh’. 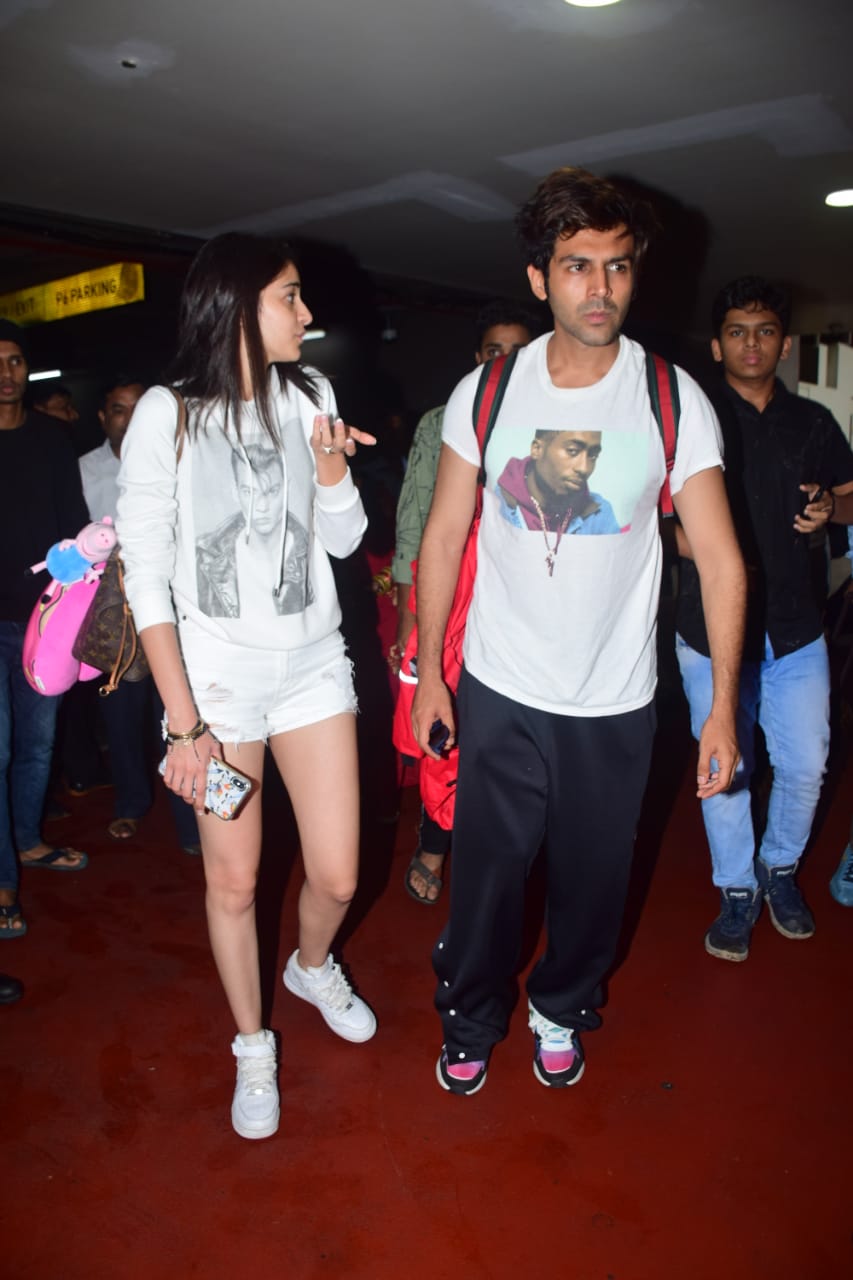 Kartik, who will sport a moustache in ‘Pati Patni Aur Woh’, was seen in a clean shaven look. 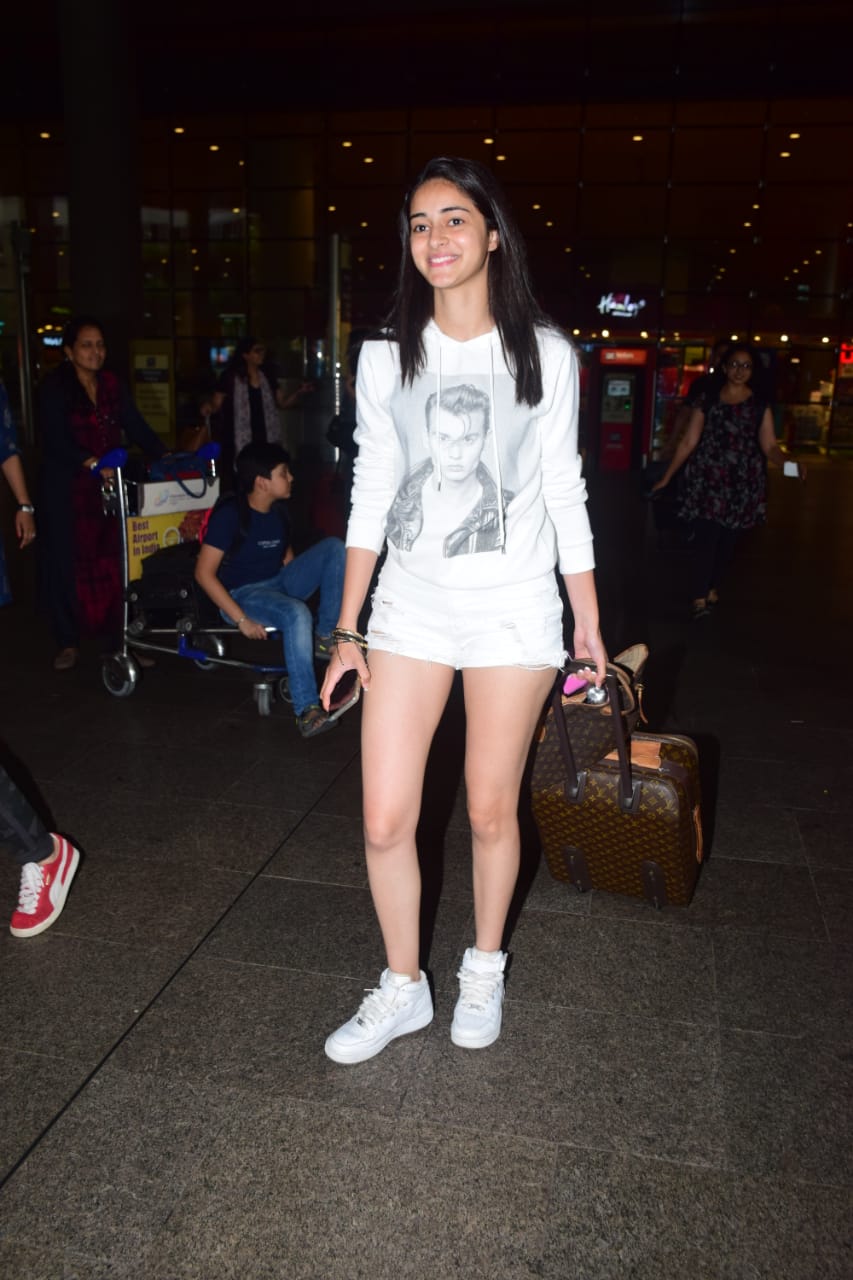 Ananya Panday, who made her Bollywood debut with ‘Student of the Year 2’, looked pretty in her white outfit. 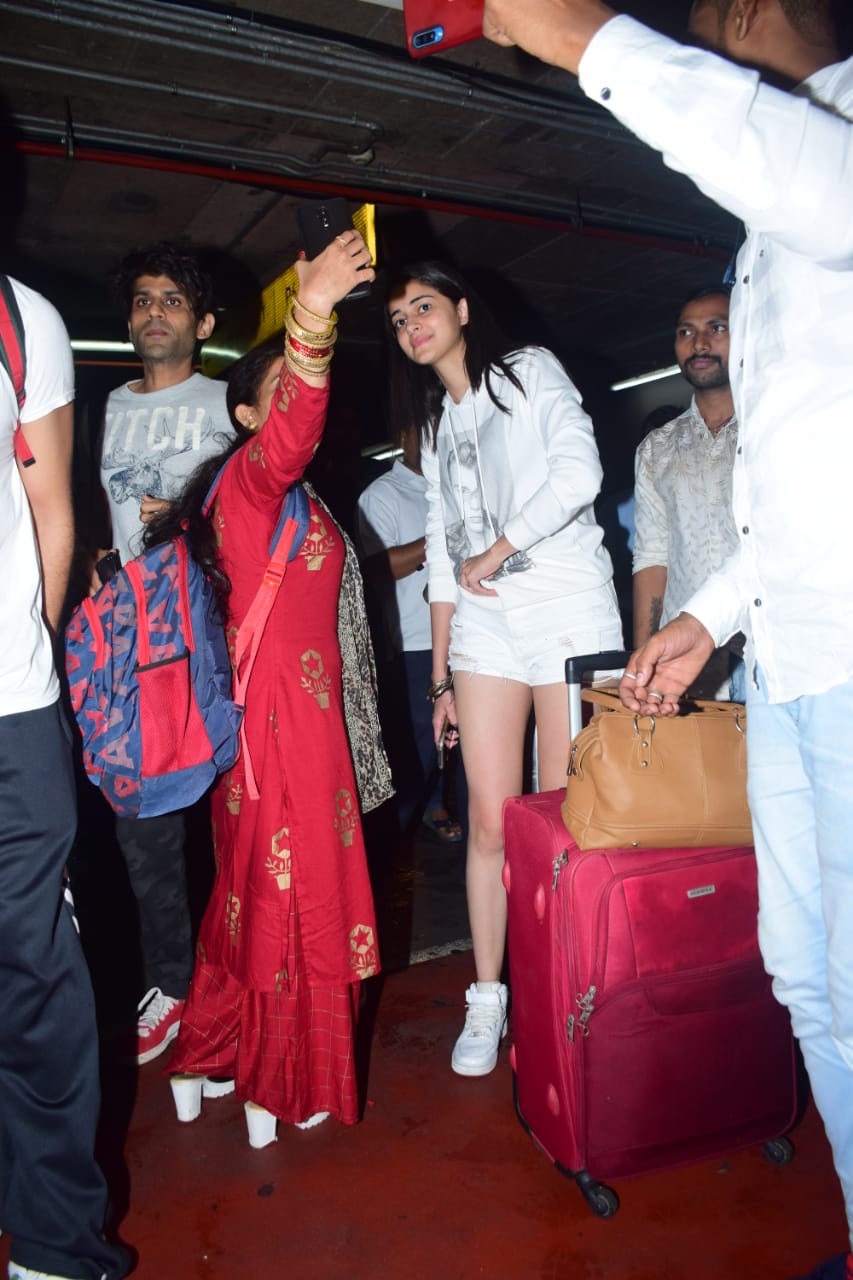 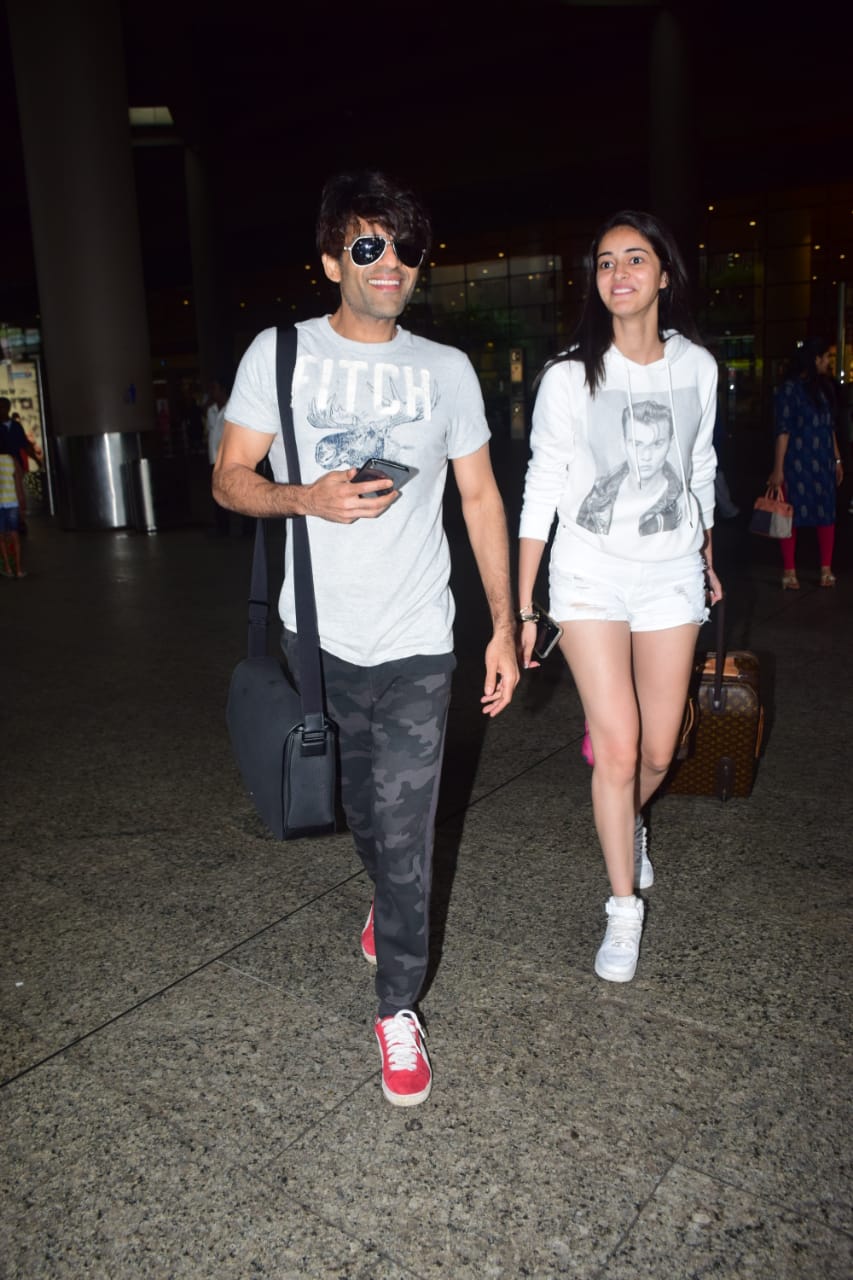 Ananya Panday was snapped along with producer Juno Chopra at Mumbai airport. 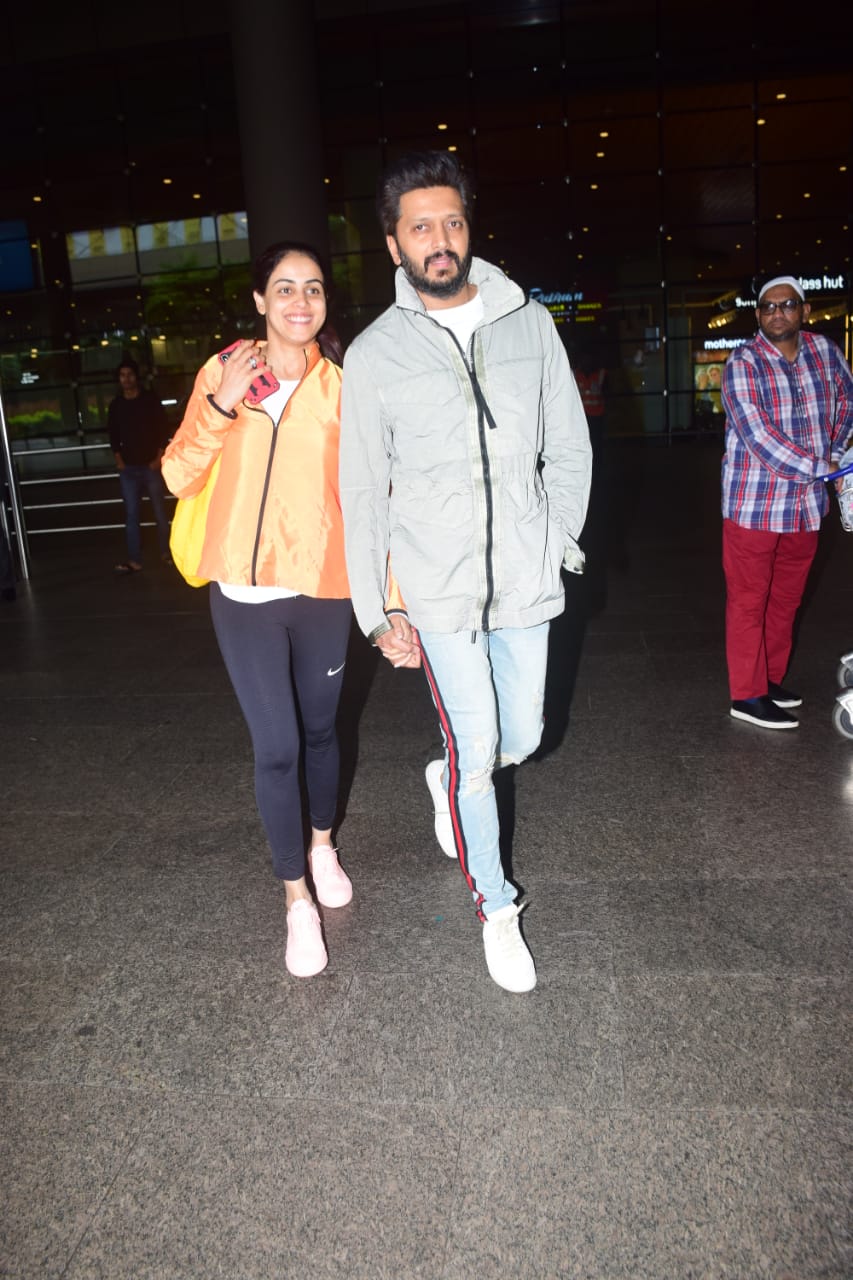 Bollywood’s most loved couple Riteish Deshmukh and Genelia D’Souza were also spotted at Mumbai airport by the paps. 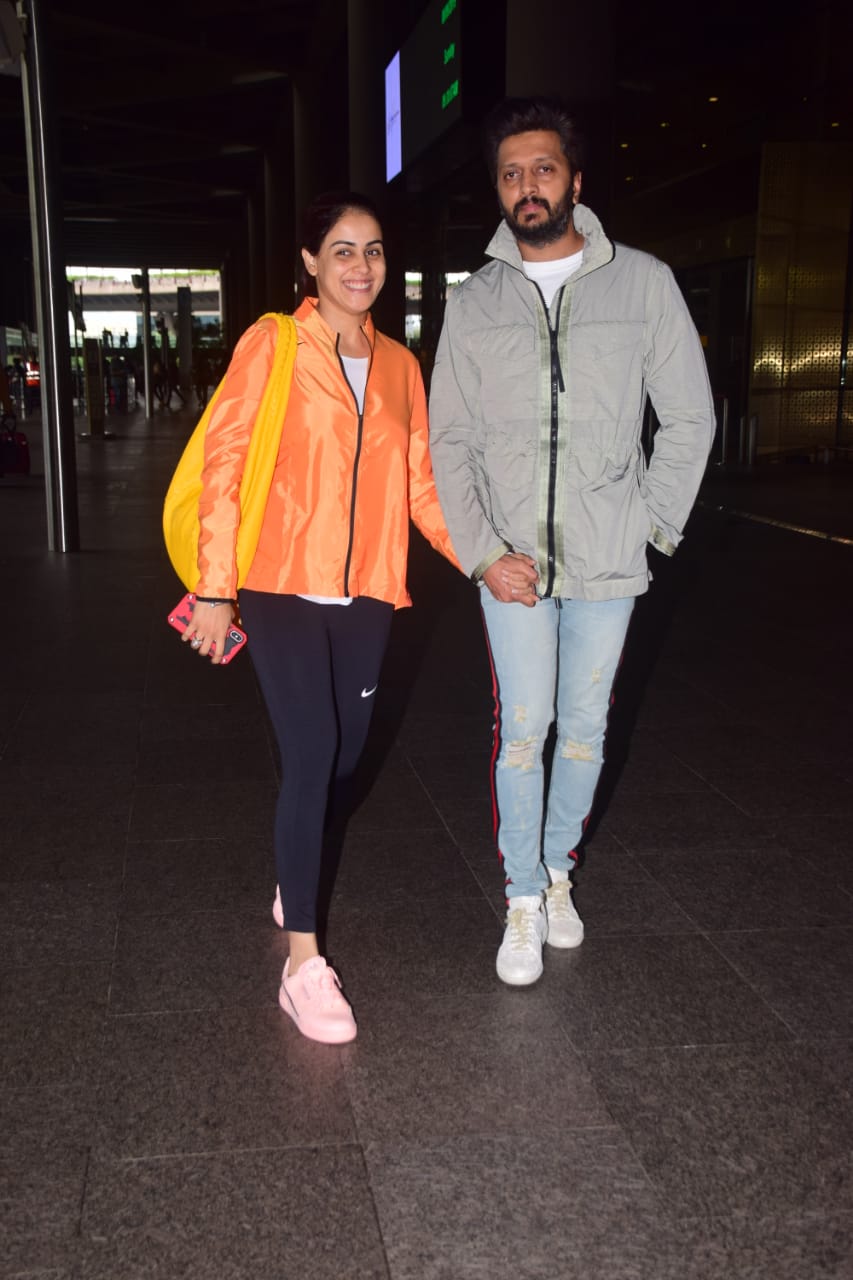 Riteish and Genelia, who got married on February 3, 2012, posed happily for the shutterbugs. 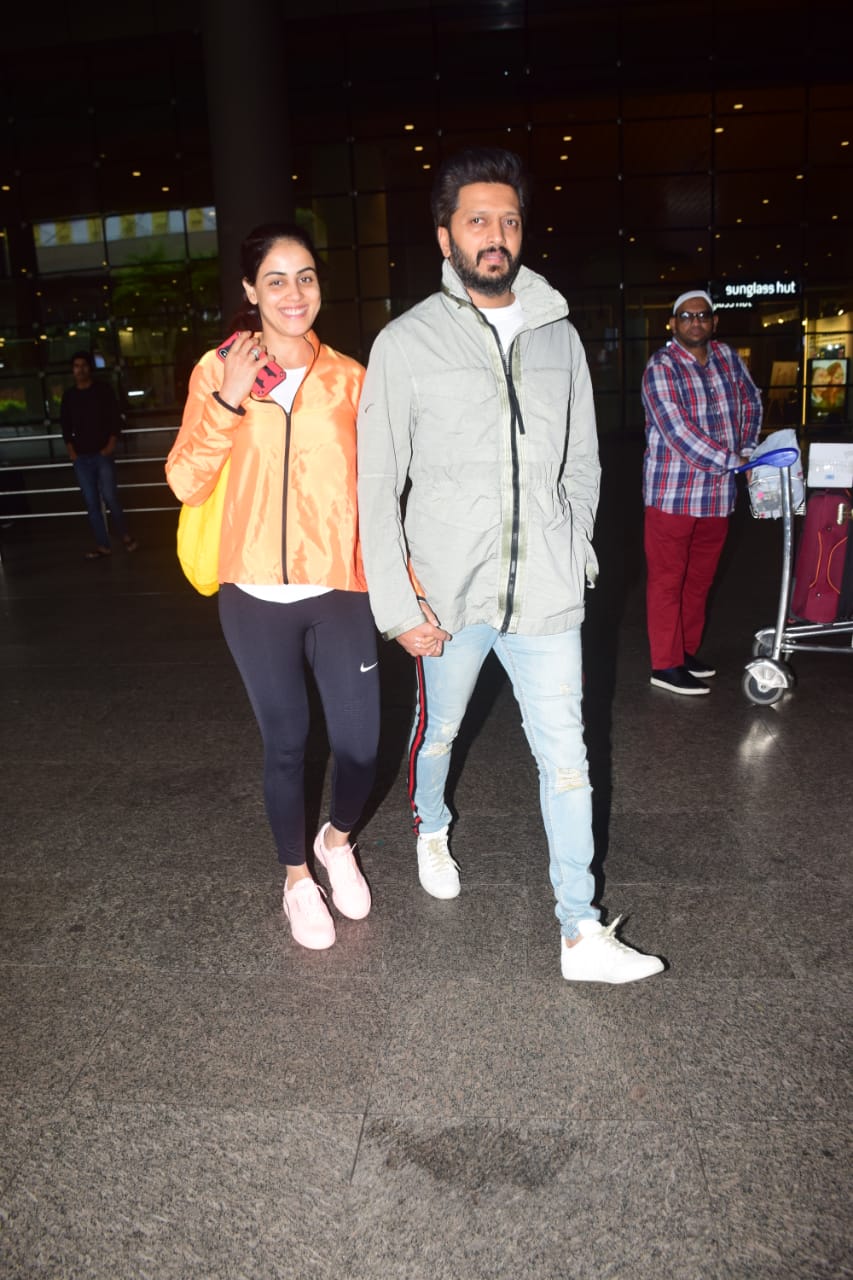 Genelia, who was seen in a track-suit, flaunted her million-dollar smile. (All PICS Credit- Manav Manglani)