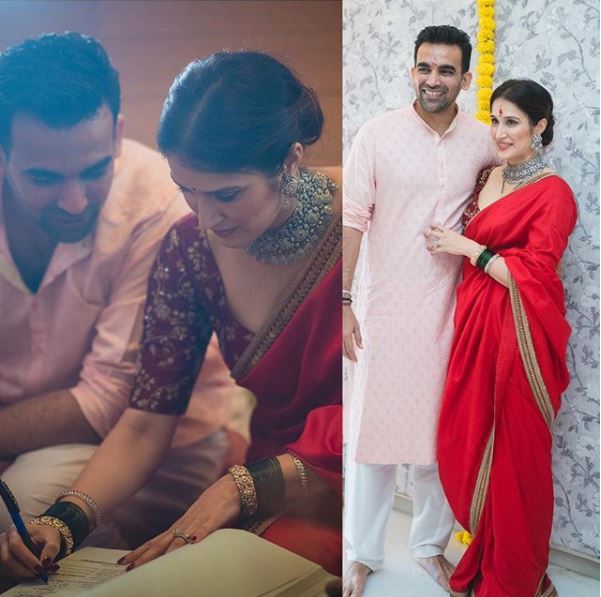 On 23rd November morning, this wedding pic of Indian cricketer Zaheer Khan & Bollywood actress Sagarika Ghatge went viral. The couple got hitched in a registered marriage after dating for a long time. Their wedding was a private affair but seems like the couple is now planning to have a grand wedding & the pre-marriage functions have already started. (Photo: Instagram) 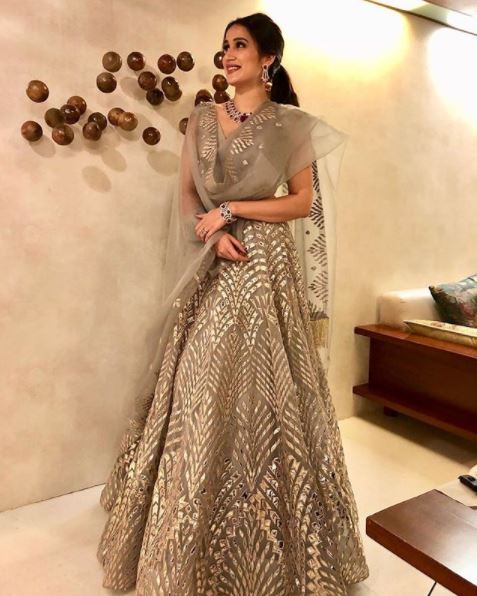 Recently, a grand arty was organised by the couple for their close friends & now the mehendi ceremony took place which was a star-studded affair. (Photo: Instagram) 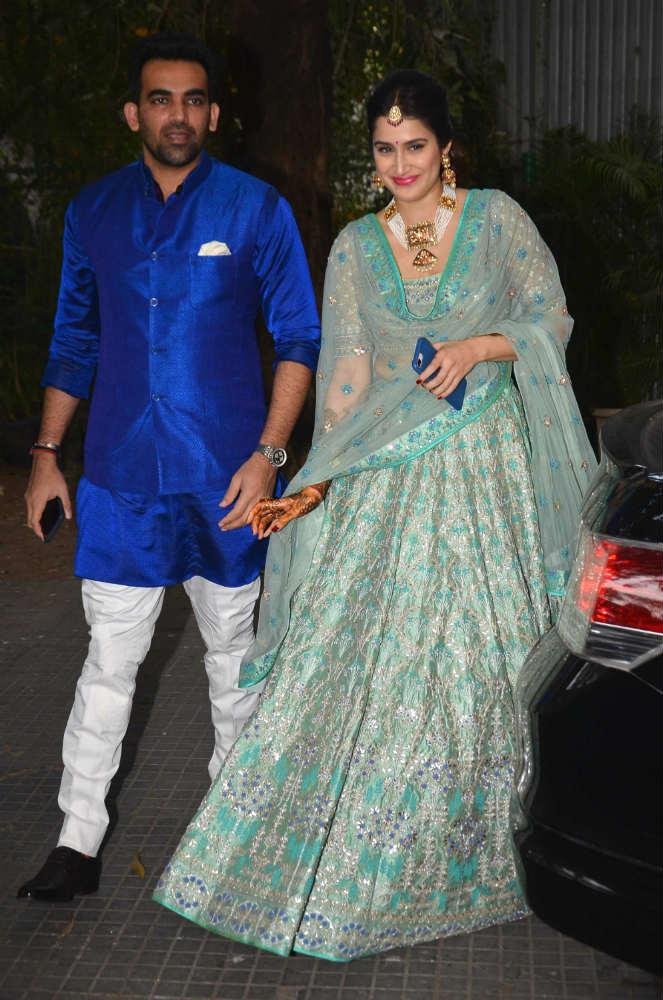 Check out the pictures of Zaheer & Sagarika posing for the paparazzi before their mehendi ceremony.(Photo: Manav Manglani) 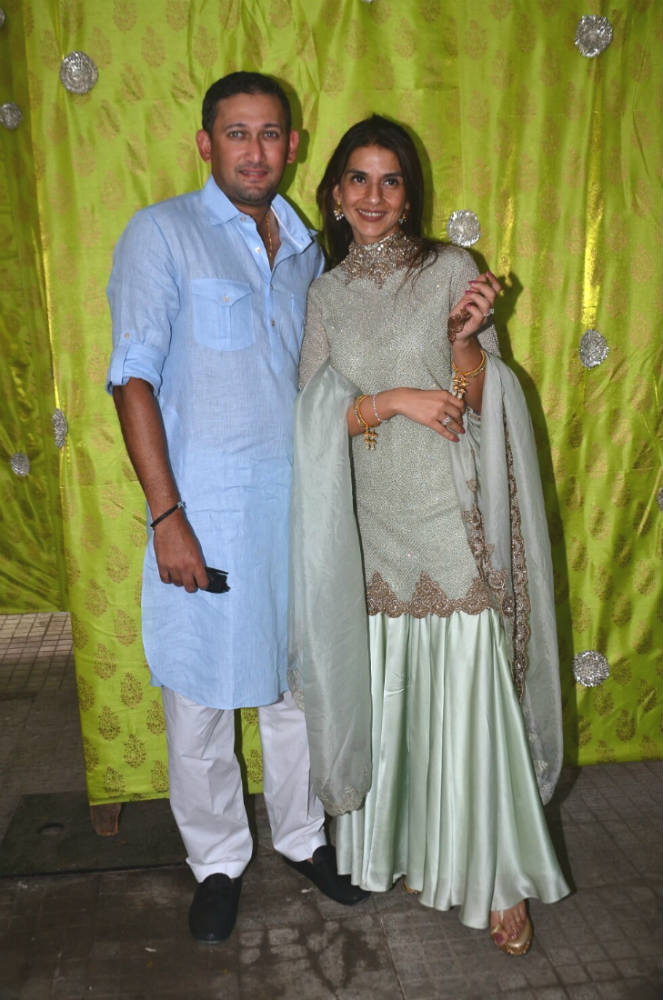 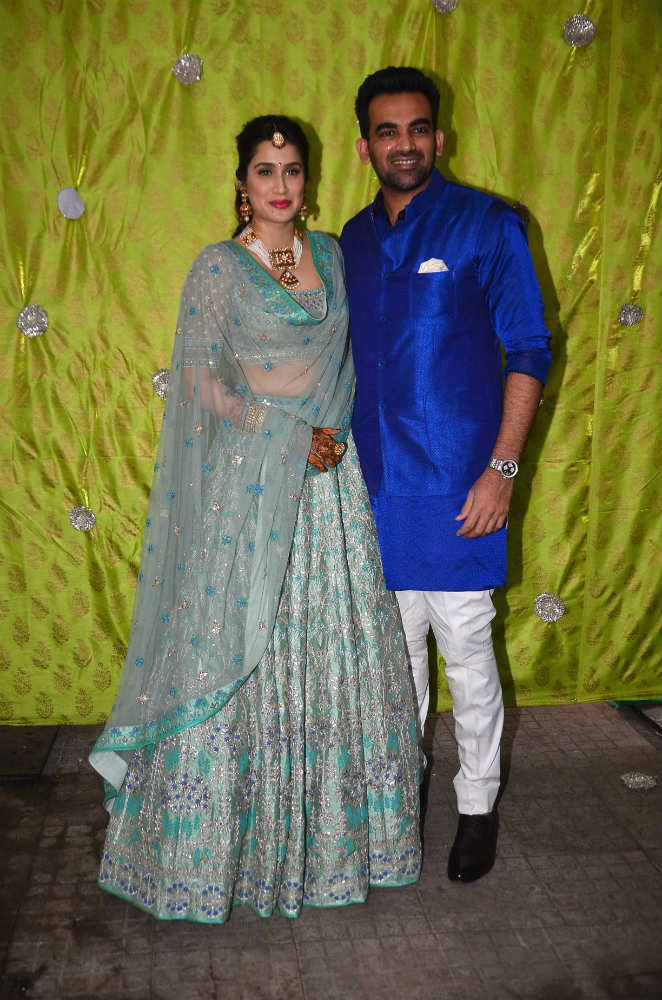 The couple posed for paps in Mumbai and the glow on their faces is unmissable. (Photo: Manav Manglani) 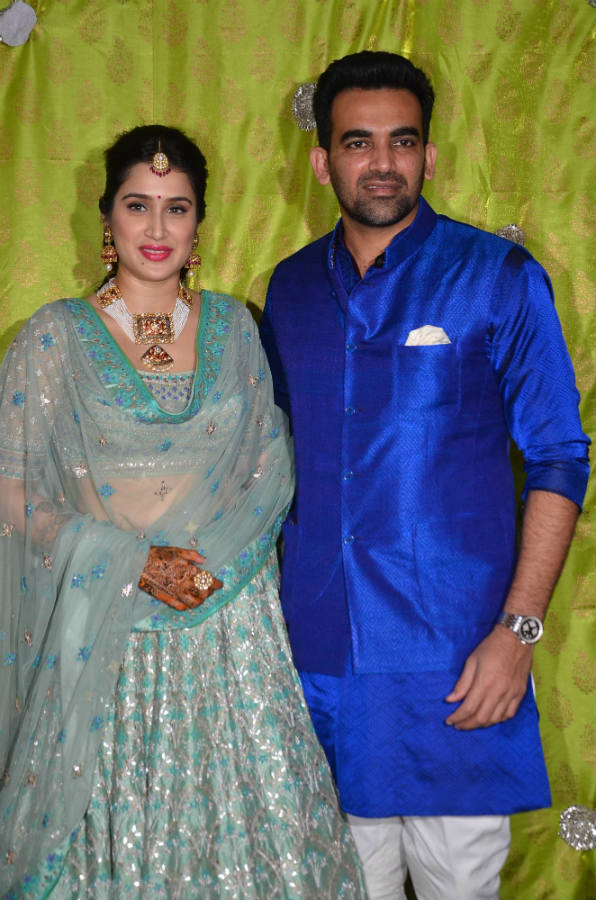 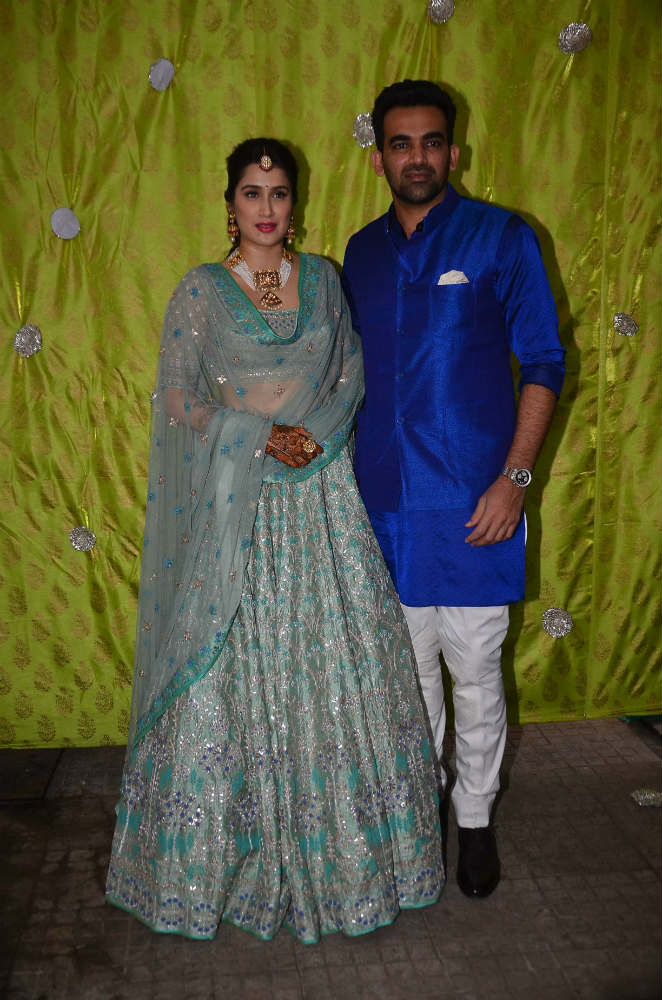 Whereas Zaheer was also looking handsome in a blue kurta. (Photo: Manav Manglani) The couple's pictures prove that they are a perfect match. (Photo: Manav Manglani) 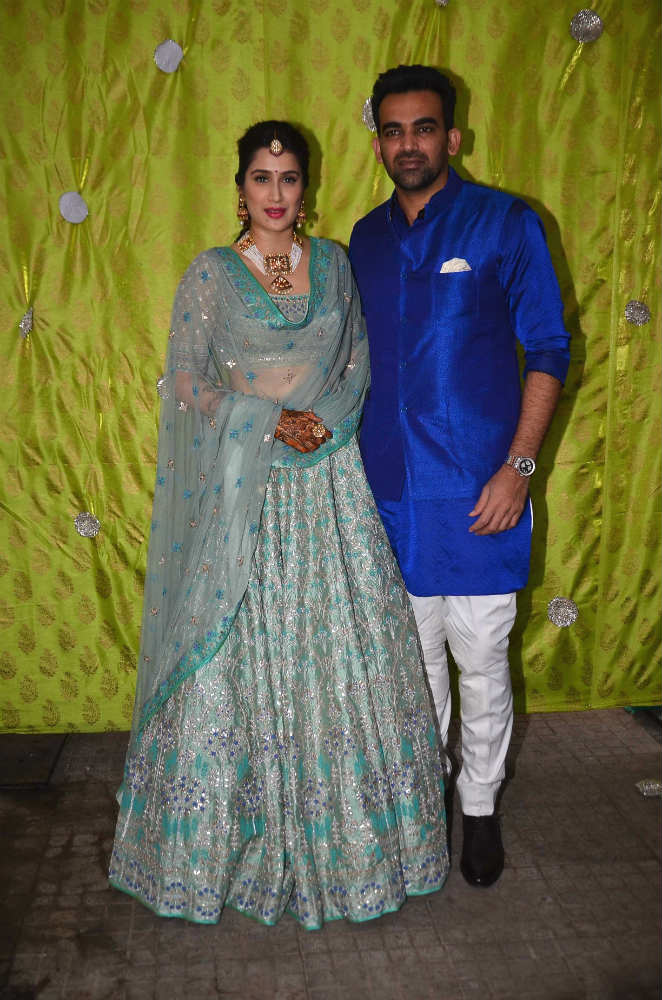 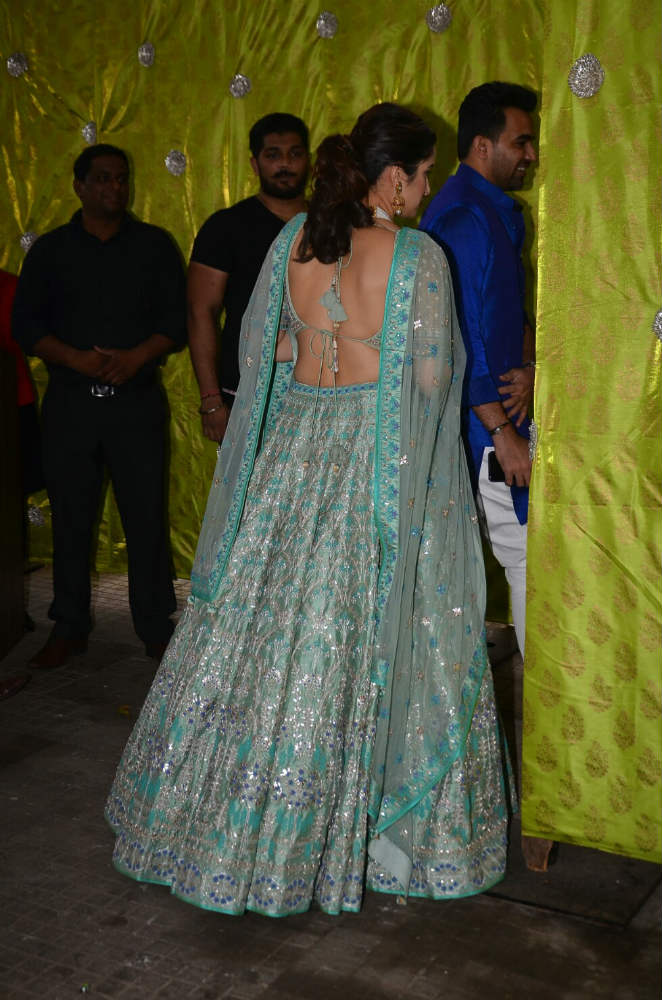 Many known faces were also present at the ceremony. Check out the pictures here...(Photo: Manav Manglani) 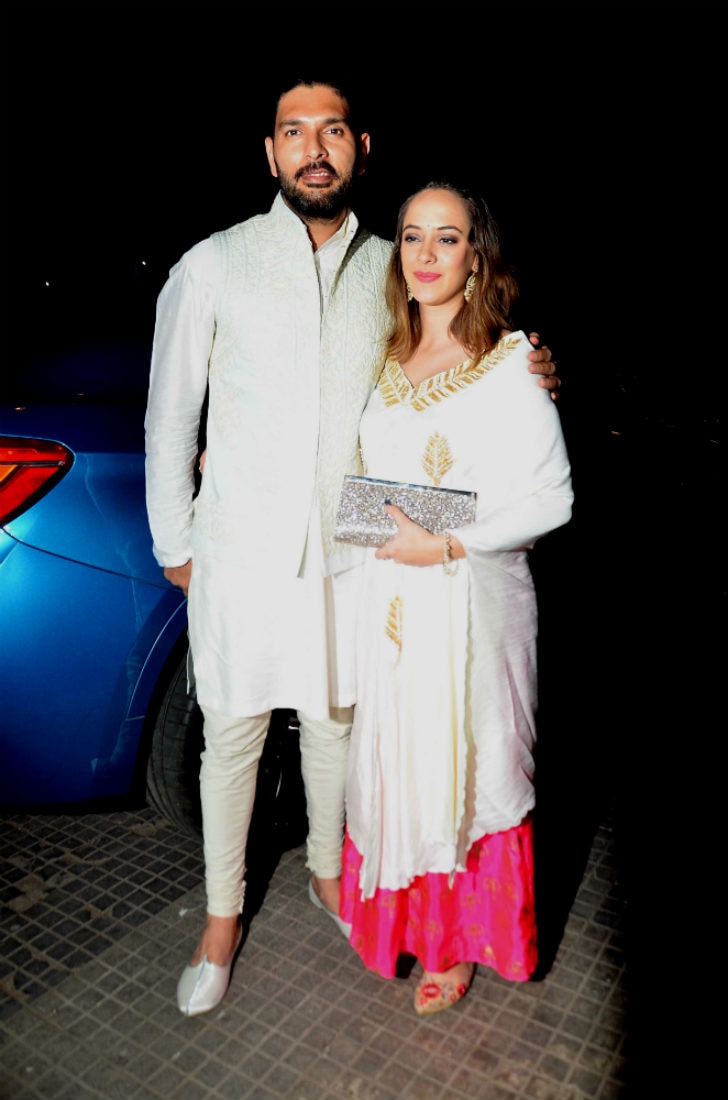 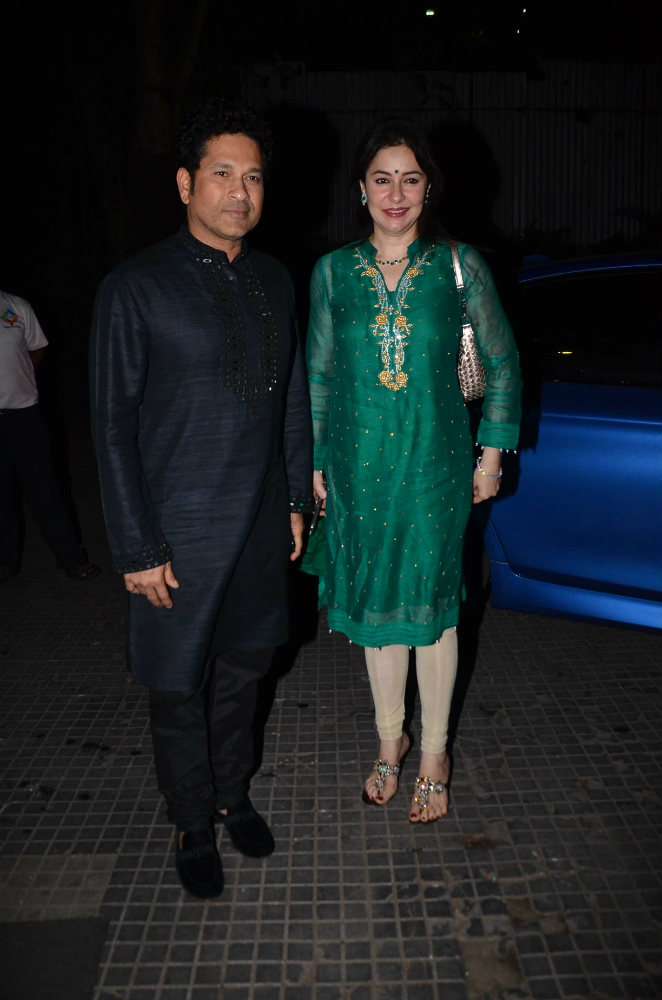 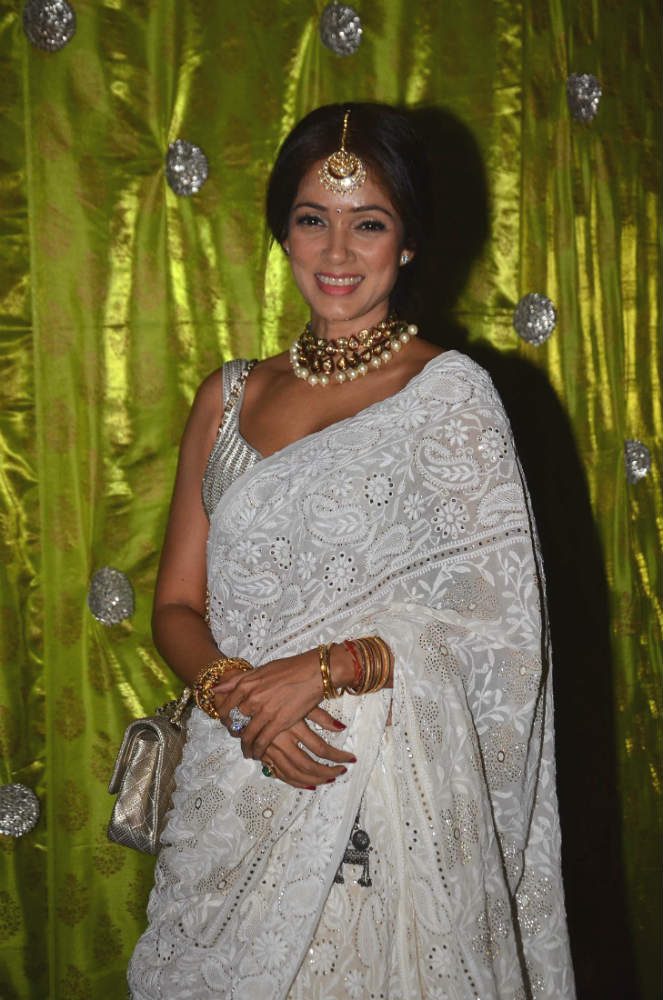 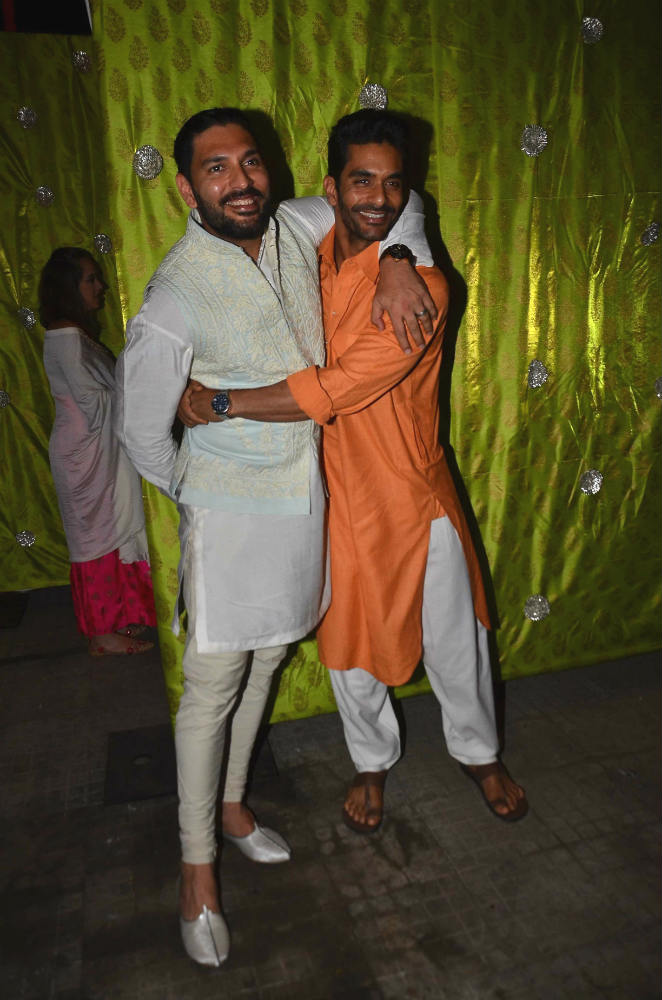 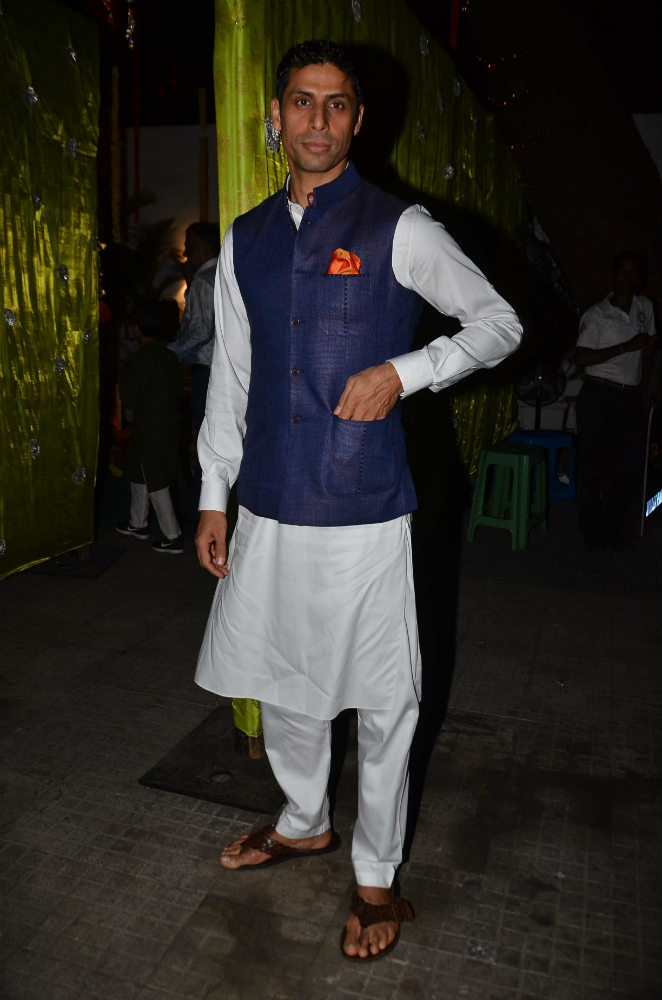 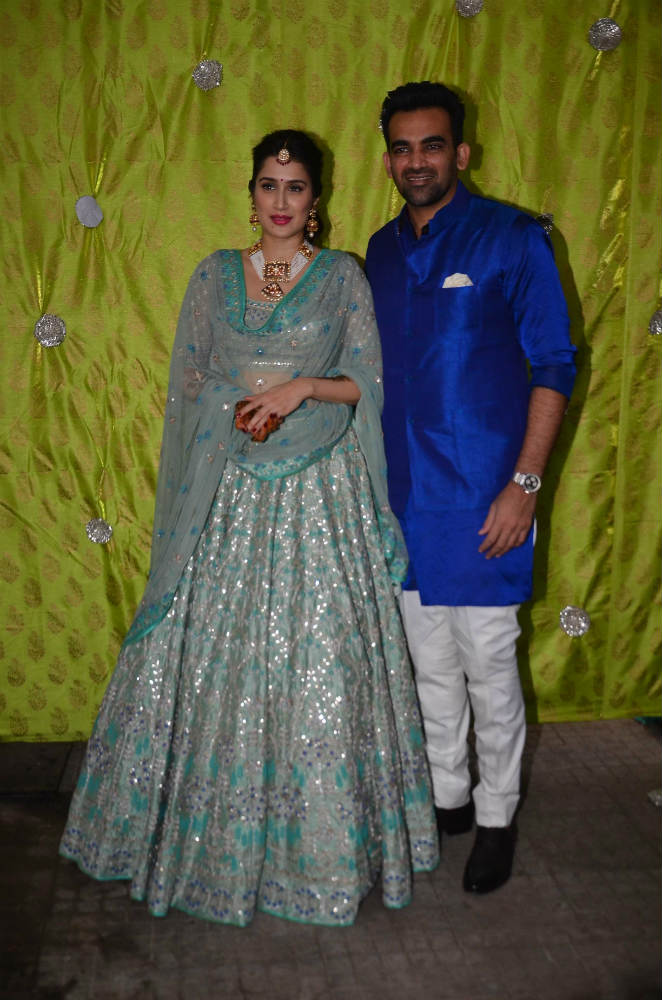 Heartiest congratulations to the couple for their marriage. (Photo: Manav Manglani)