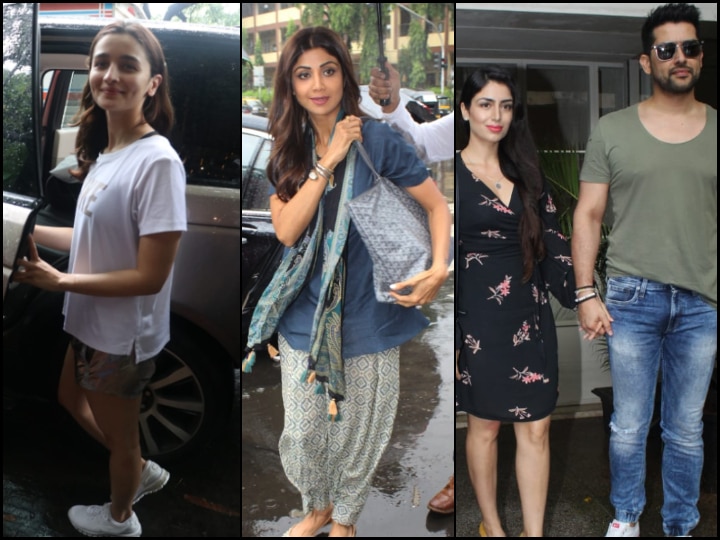 Bollywood celebs including Alia Bhatt and Shilpa Shetty made the most of their Sunday as they enjoyed a Sunday lunch with their loved ones in Mumbai on September 1. Alia Bhatt and her bestie Akansha Ranjan stepped out on a rain-soaked overcast afternoon to grab a bite. The two BFFs often hang out together when Alia is in town. 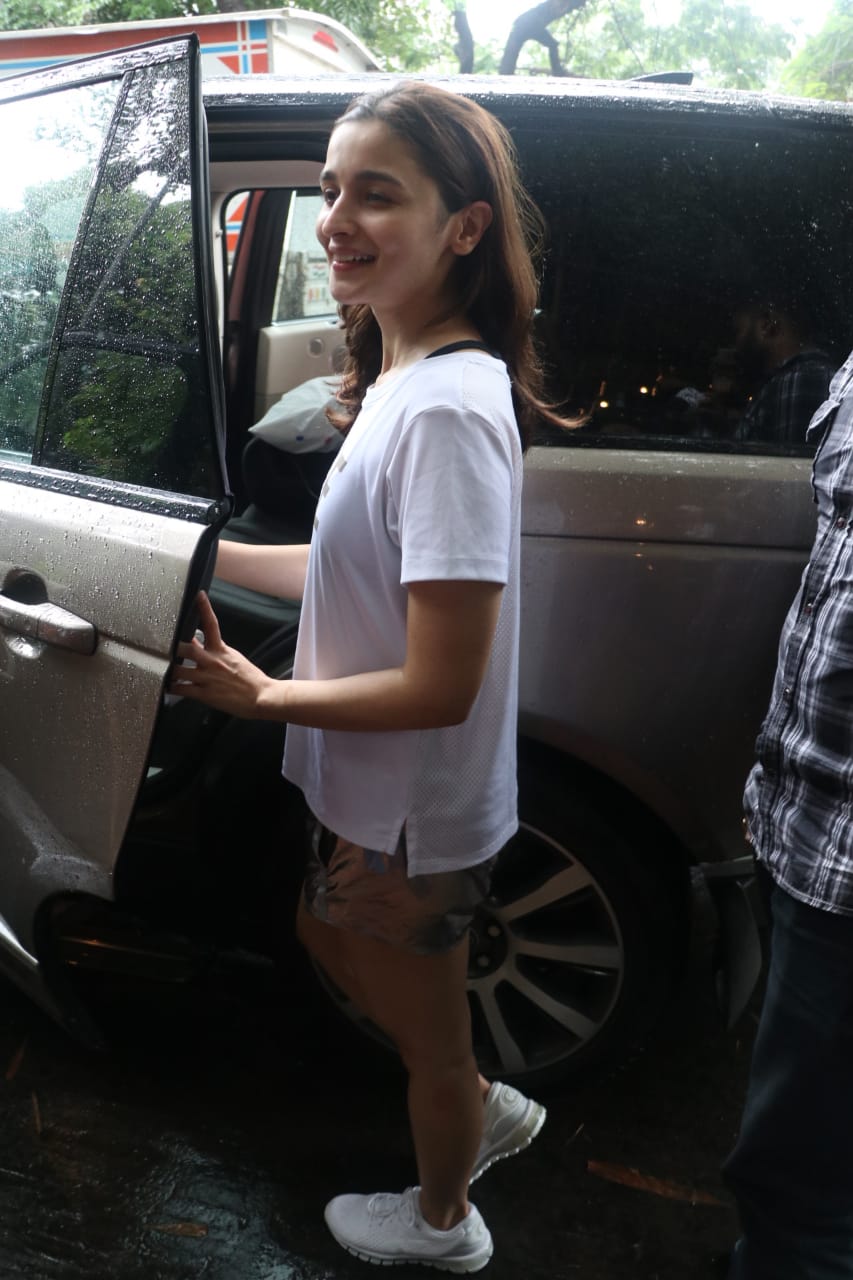 Alia looked fresh as a daisy in a white- t-shirt and holographic hot pants. 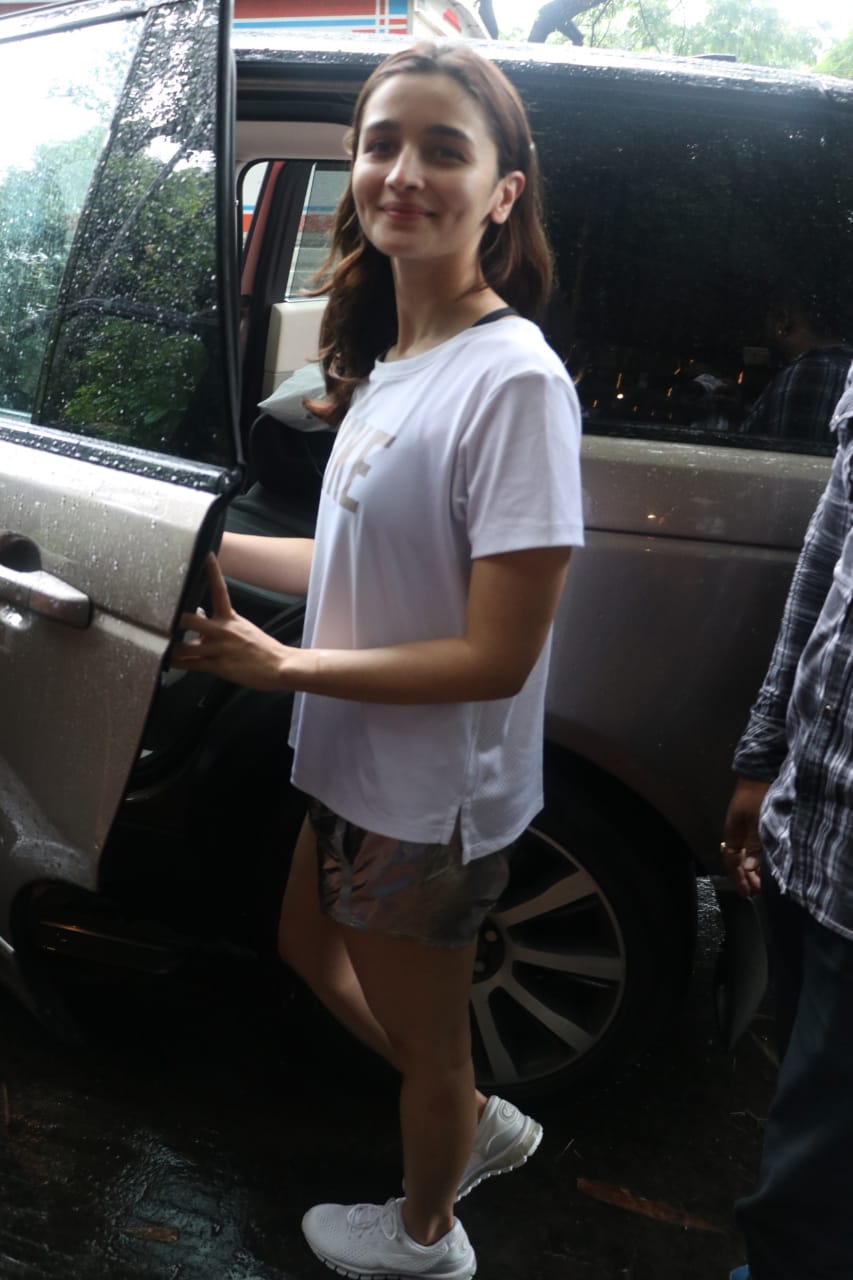 Alia Bhatt was all smiles while posing for the cameras. The actress has ‘Sadak 2’, ‘Brahmastra’ and ‘Takht’ in her kitty. Aftab Shivdasani was spotted with his wife Nin Dusanj on a lunch date. His ‘Kyaa Kool Hain Hum 3’ co-star Tusshar Kapoor was also spotted at Sequels in Bandra. The ‘Masti’ actor wore a t-shirt and denims while his wife opted for a black outfit. Tusshar, Aftab and Nin posed happily for the shutterbugs. 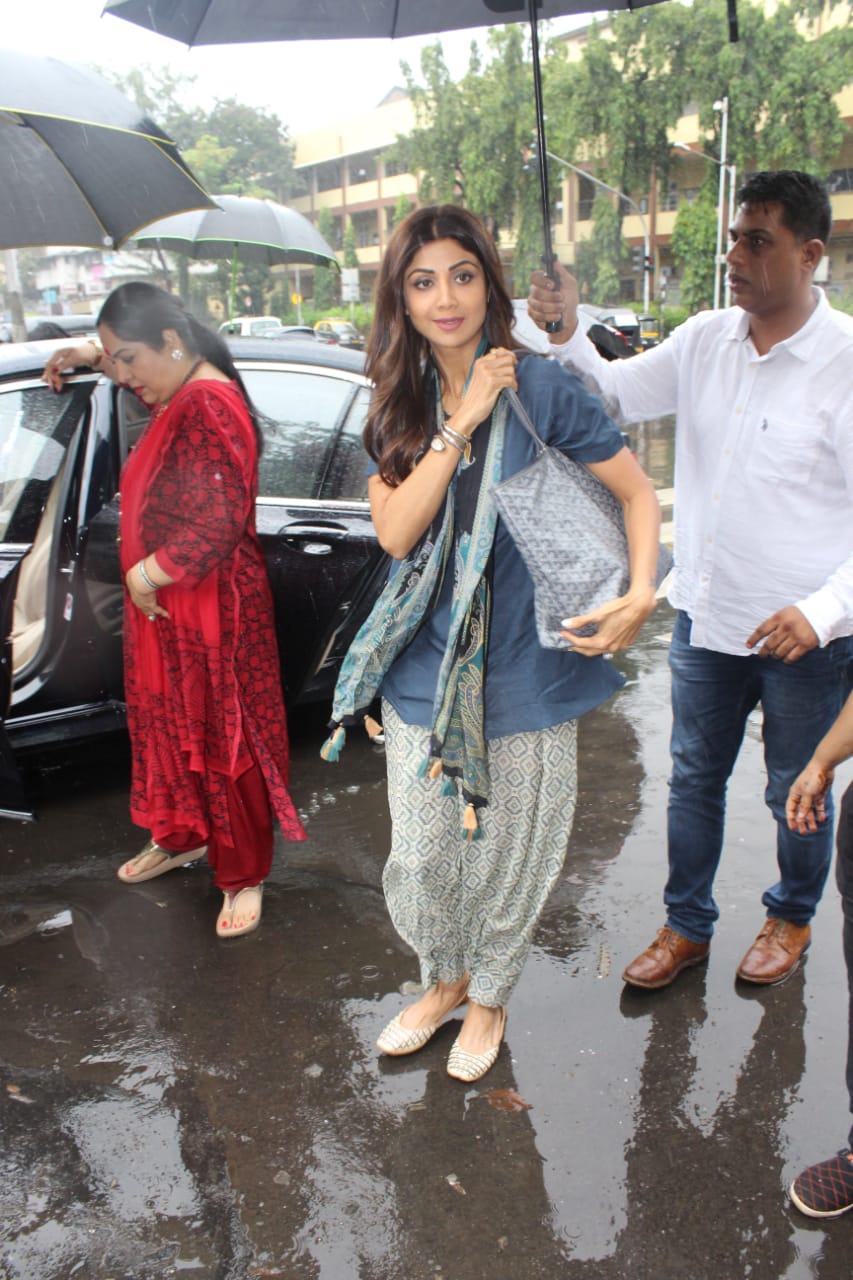 Shilpa Shetty was spotted by the paparazzi along with her mother Sunanda Shetty, husband Raj Kundra and son Viaan Kundra. Shilpa is quite famous on social media for her Sunday Brunches. 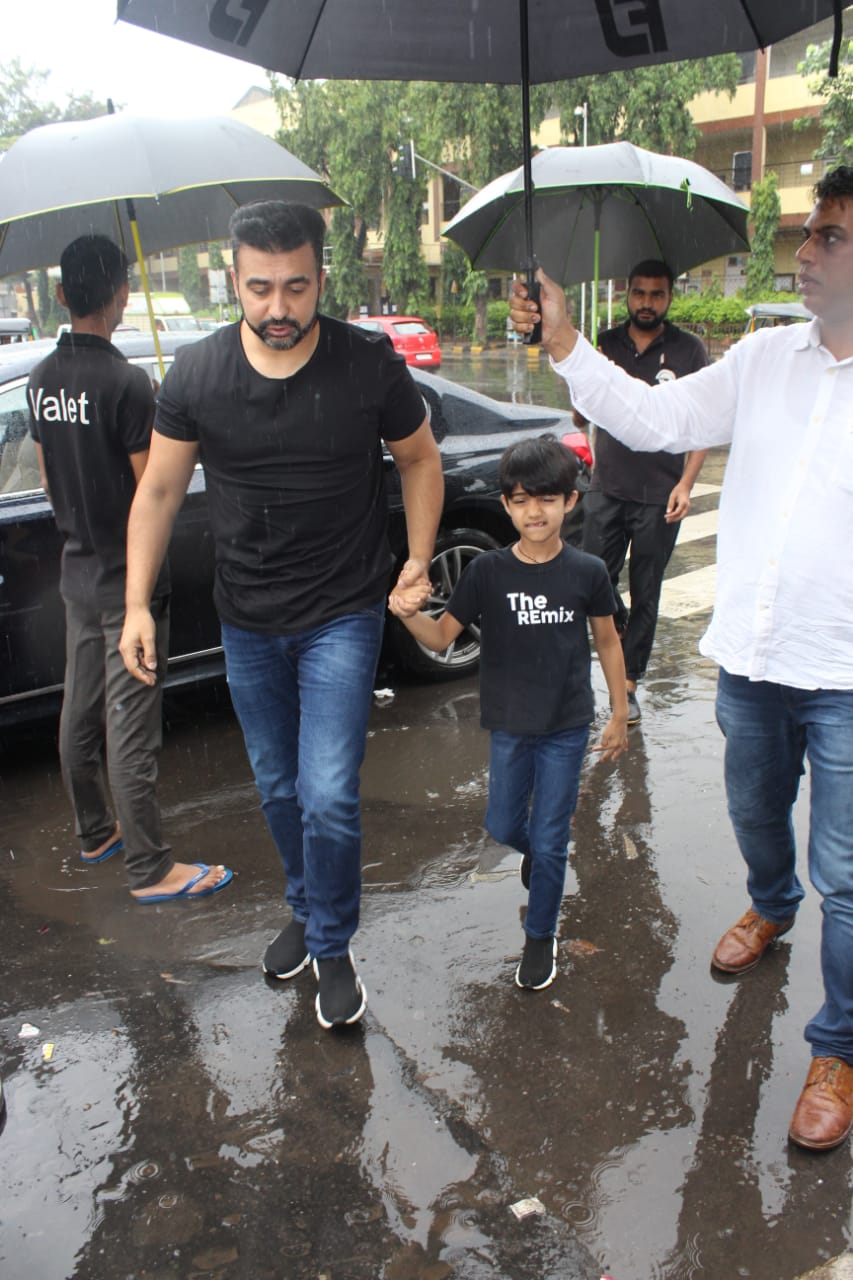 Raj Kundra and his son Viaan Kundra were twinning in black. 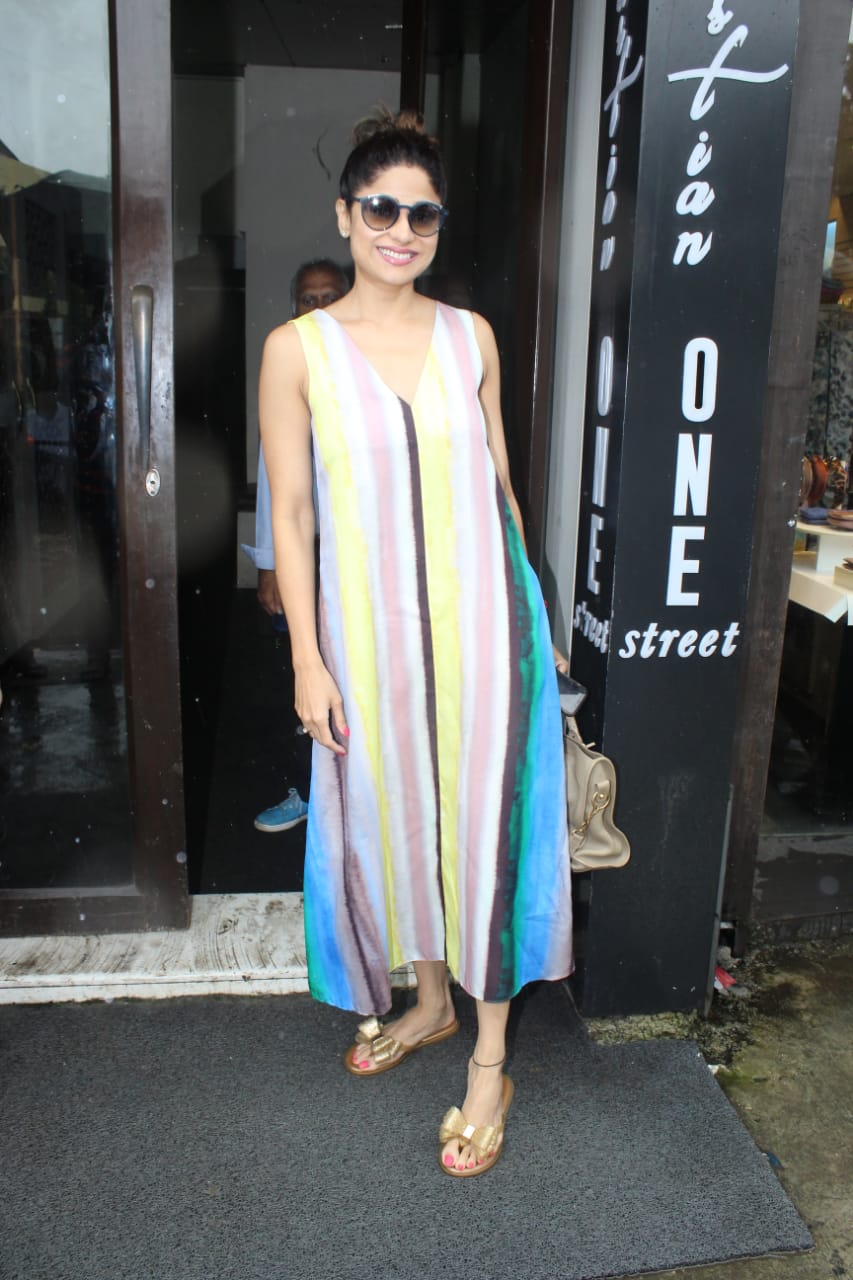 Shamita Shetty, who also accompanied her sister and mother, posed happily for the paps. (All PICS Credit- Manav Manglani)