Bollywood superstar Ranveer Singh was spotted at the Mumbai airport in a velvet blue tracksuit. 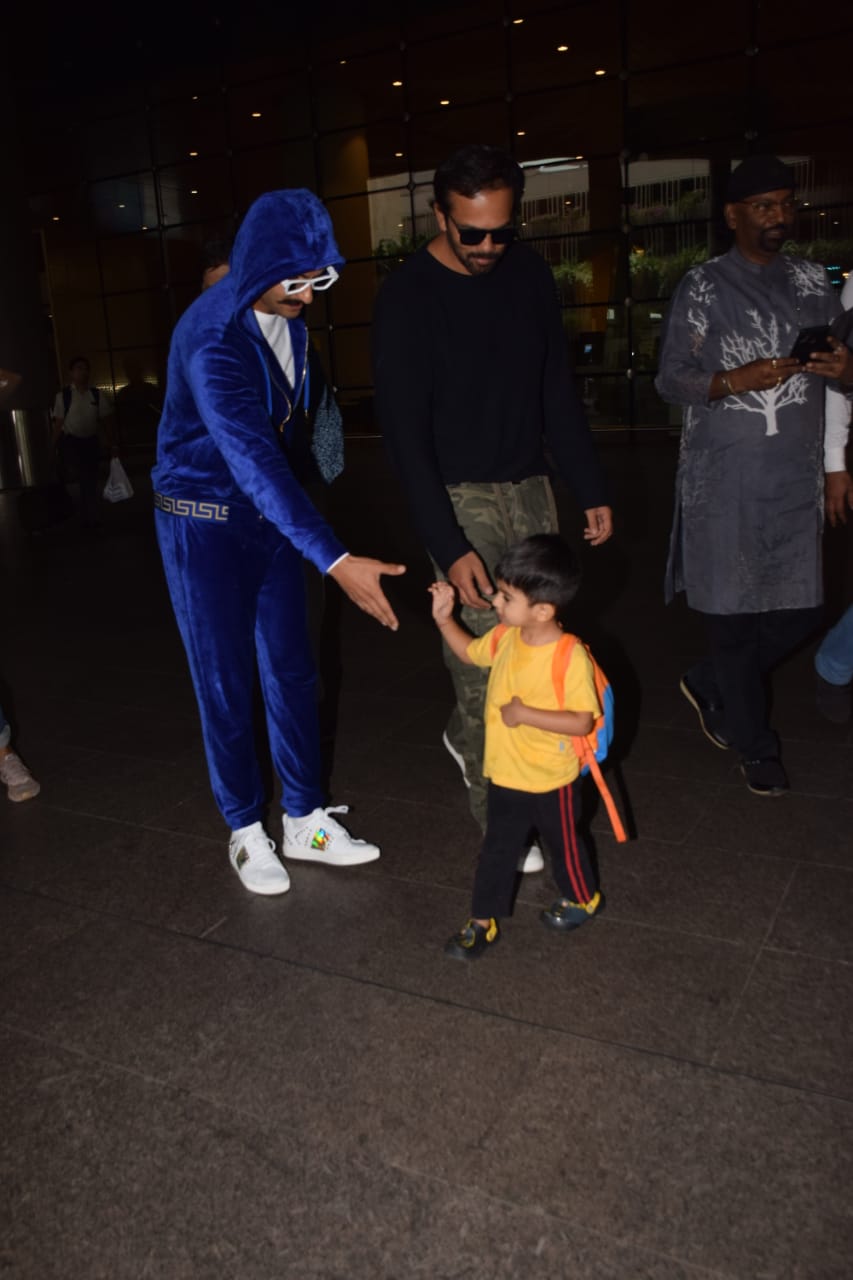 We spotted a ‘little fan’ at the airport, who caught the attention of Ranveer Singh. 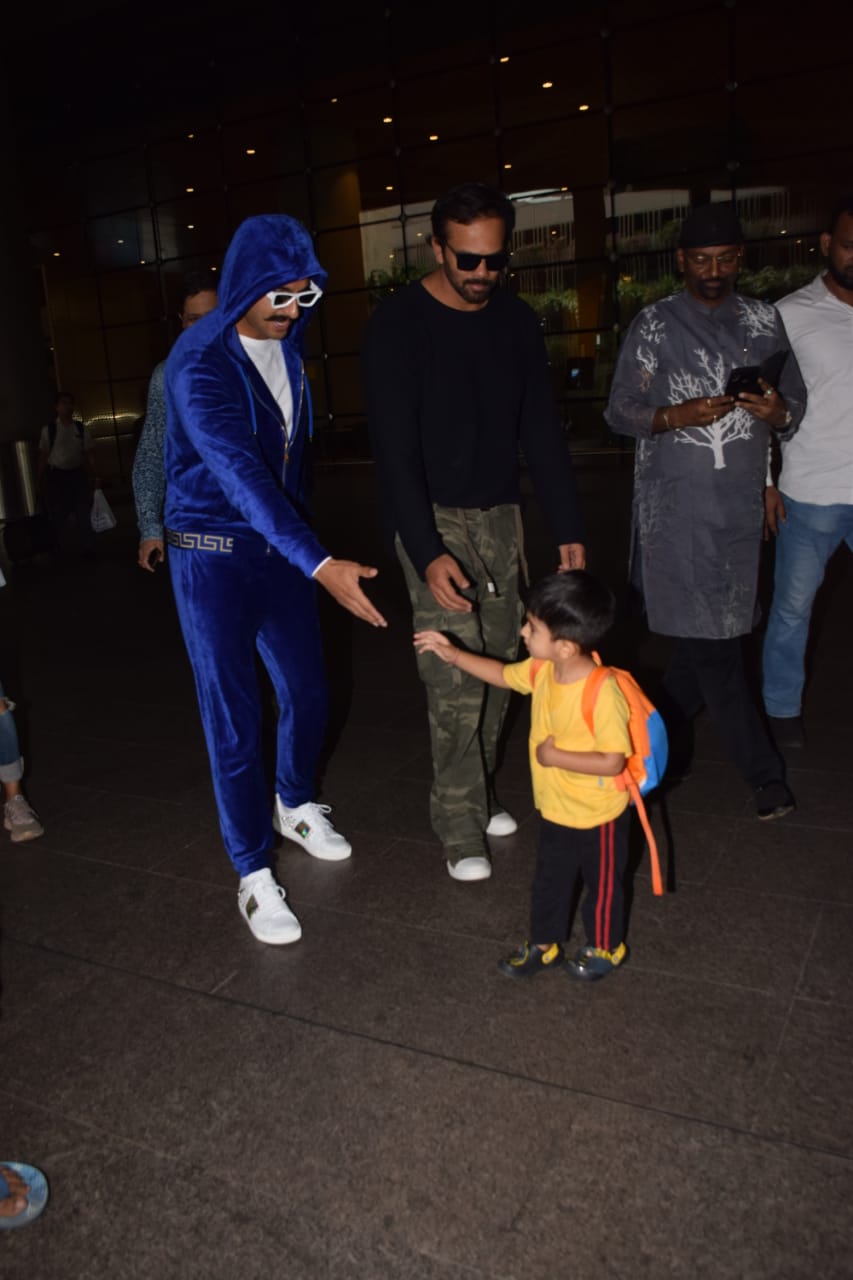 The ‘Padmaavat’ actor extended his hand to the toddler but it seemed the kid was unfazed by the Bollywood star’s presence. 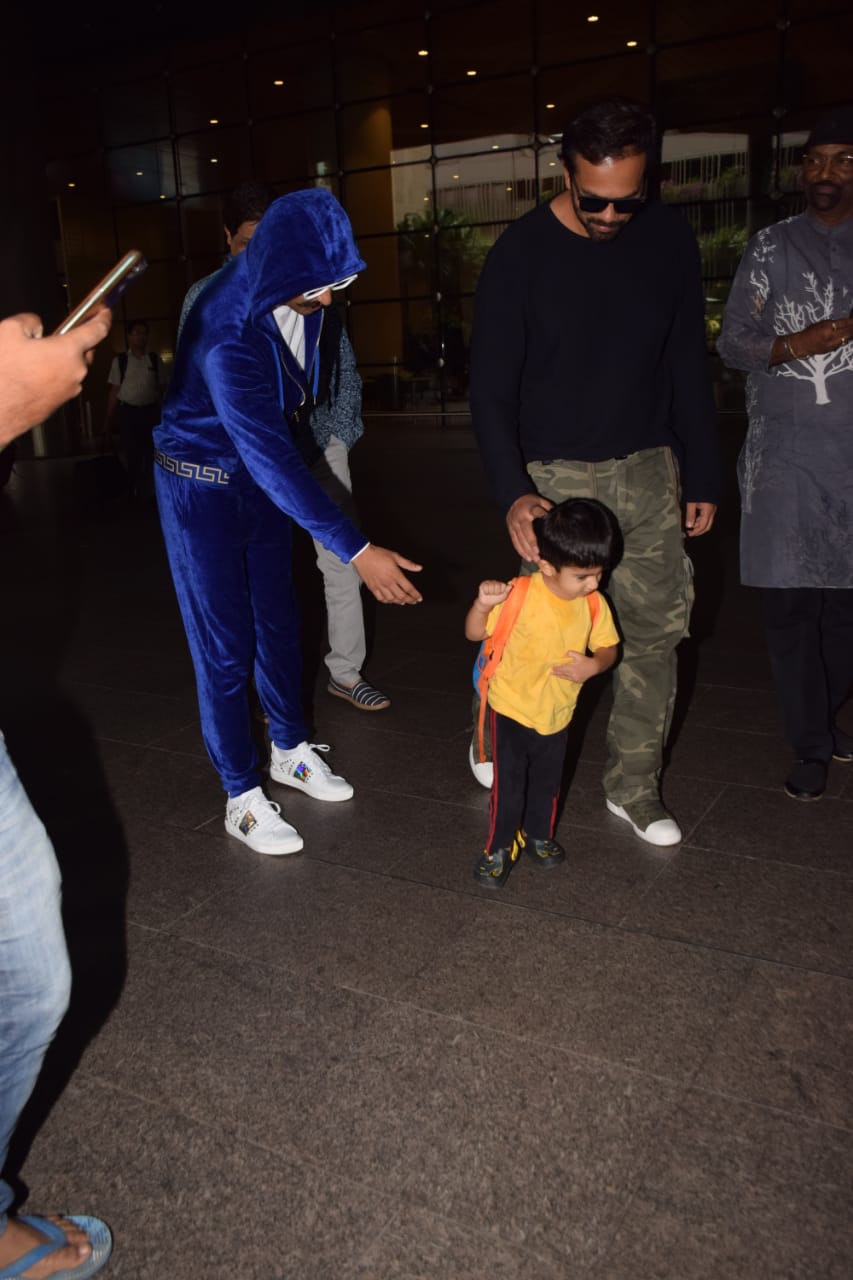 The boy royally ignored him and didn’t shake his hands. 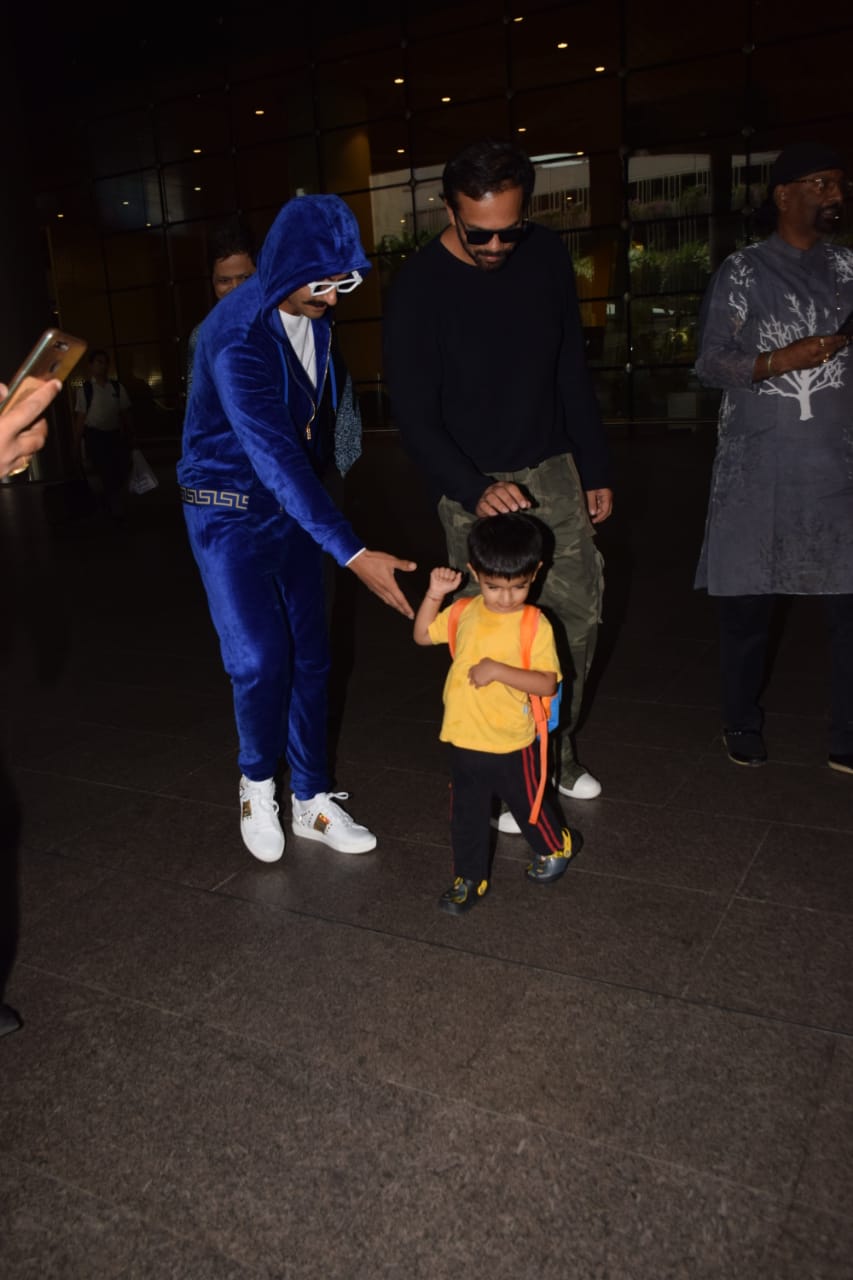 Ranveer Singh and Rohit Shetty tried their best but it seems the kid was in no mood to budge. 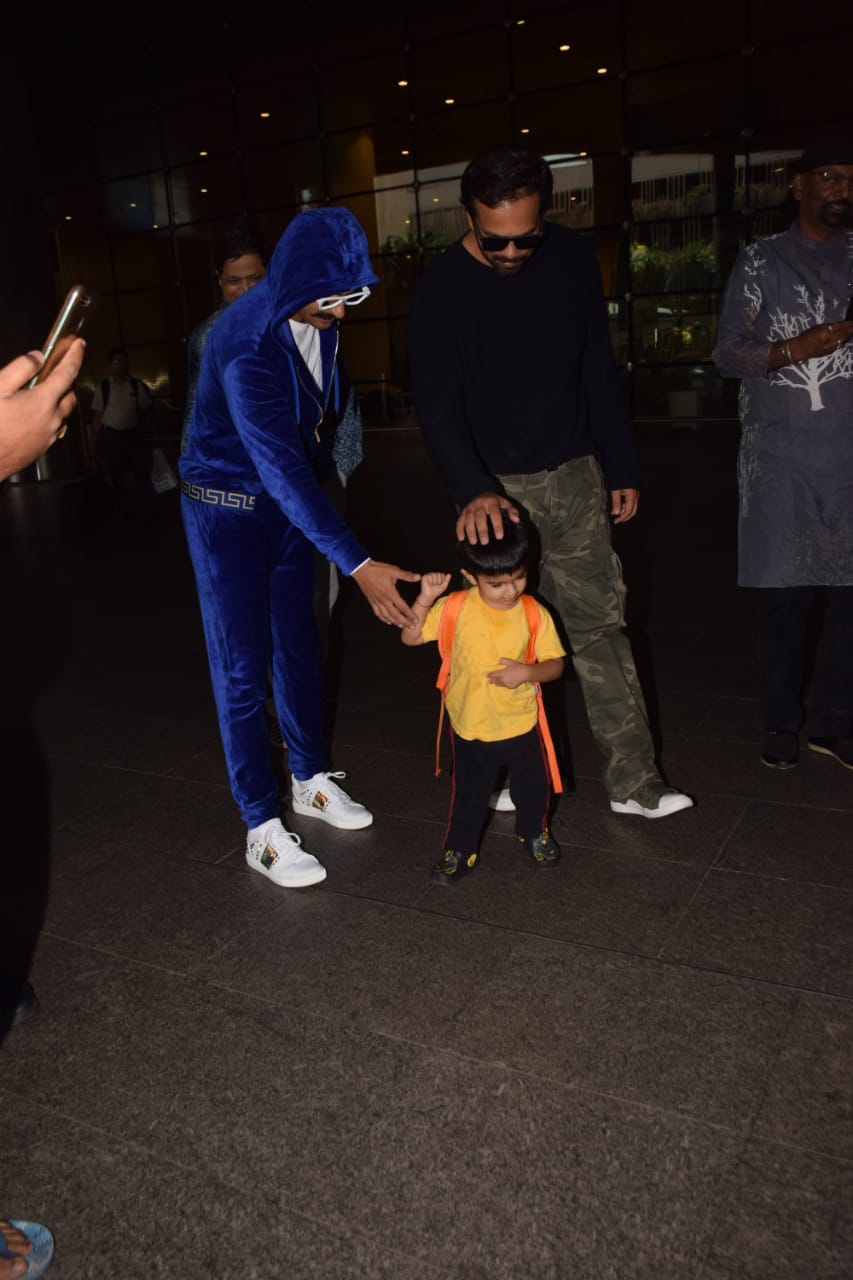 Here's a cute photo of Ranveer and Rohit with the kid! 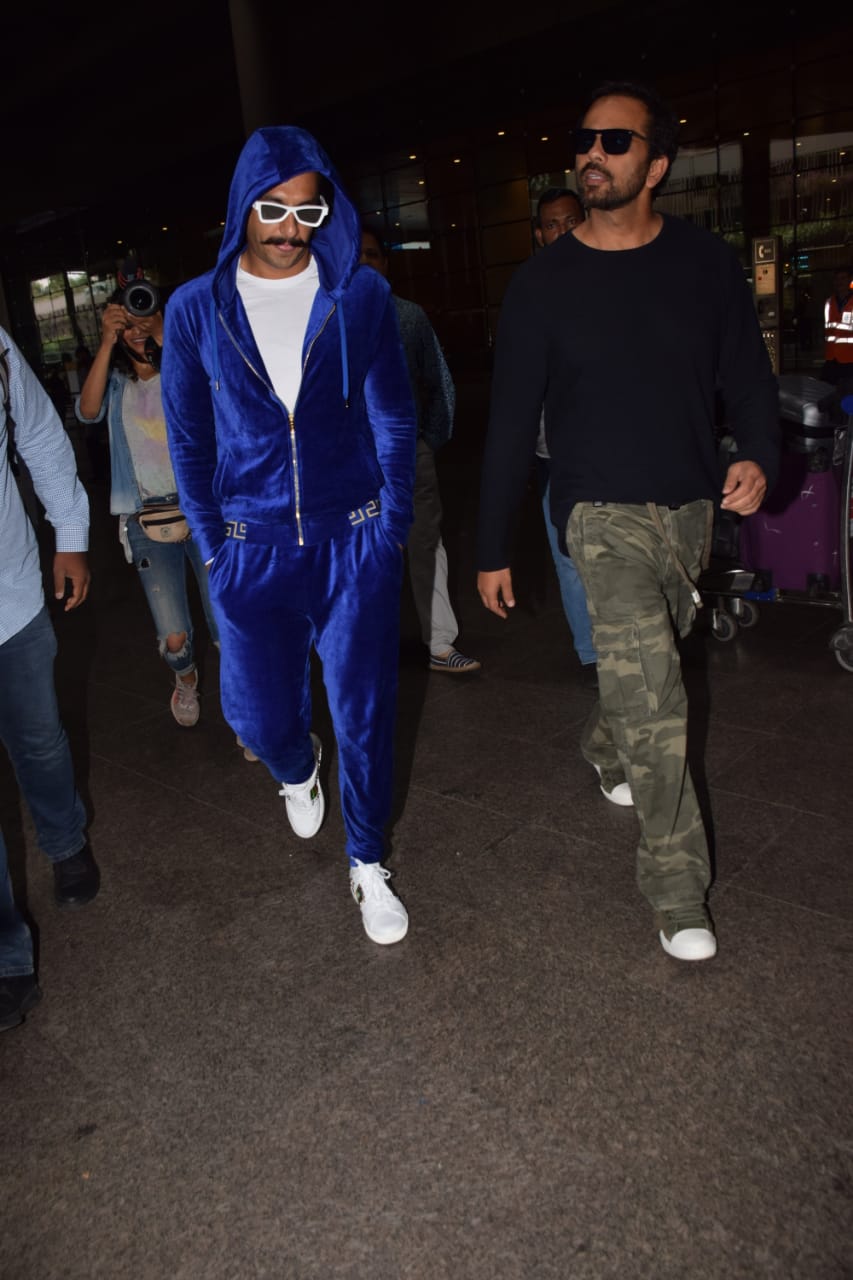 Ranveer Singh and Rohit Shetty were returning from Hyderabad where they wrapped up a crucial climax scene from Akshay Kumar’s ‘Sooryavanshi’. 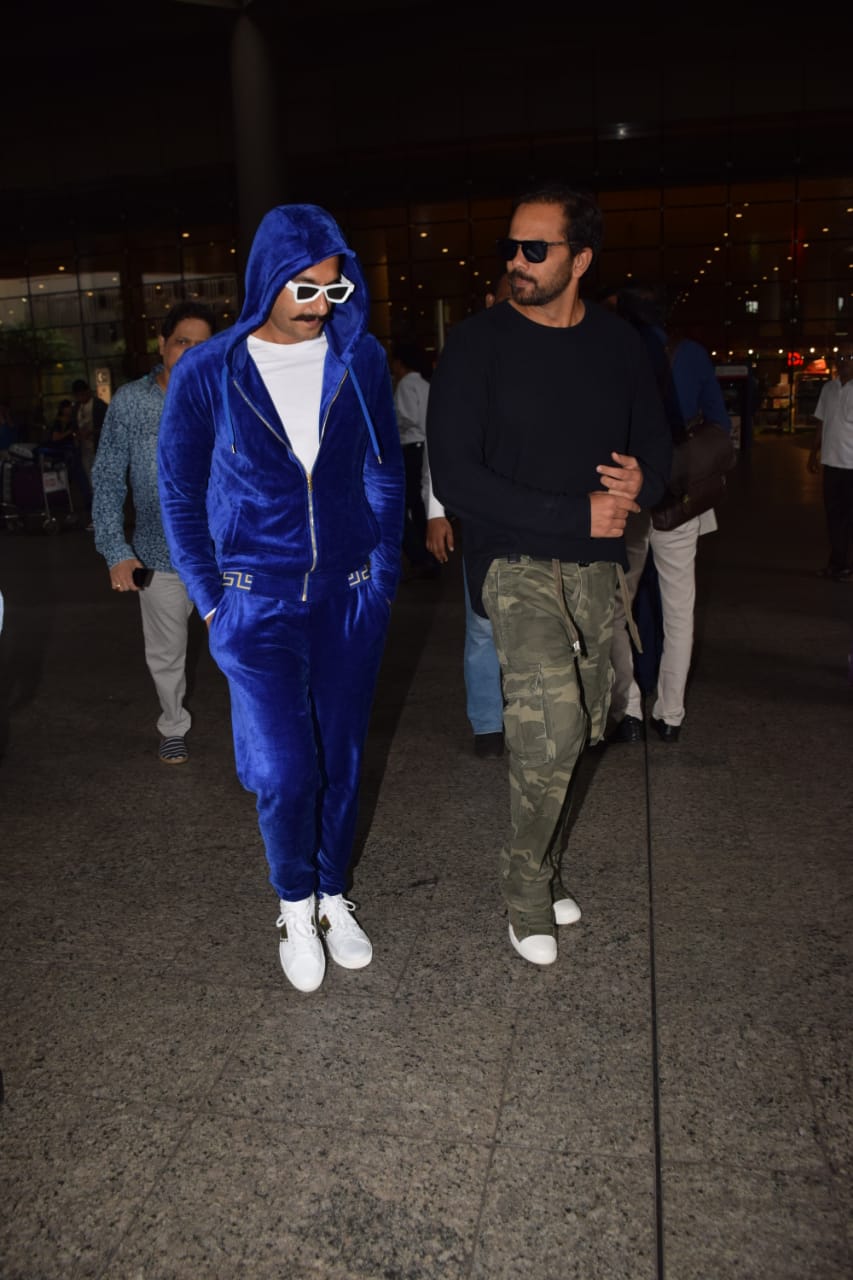 ‘Sooryavanshi’ is a cop drama, which is being directed by Rohit Shetty, Ajay Devgn and Ranveer Singh will be seen in cameo roles in the film. 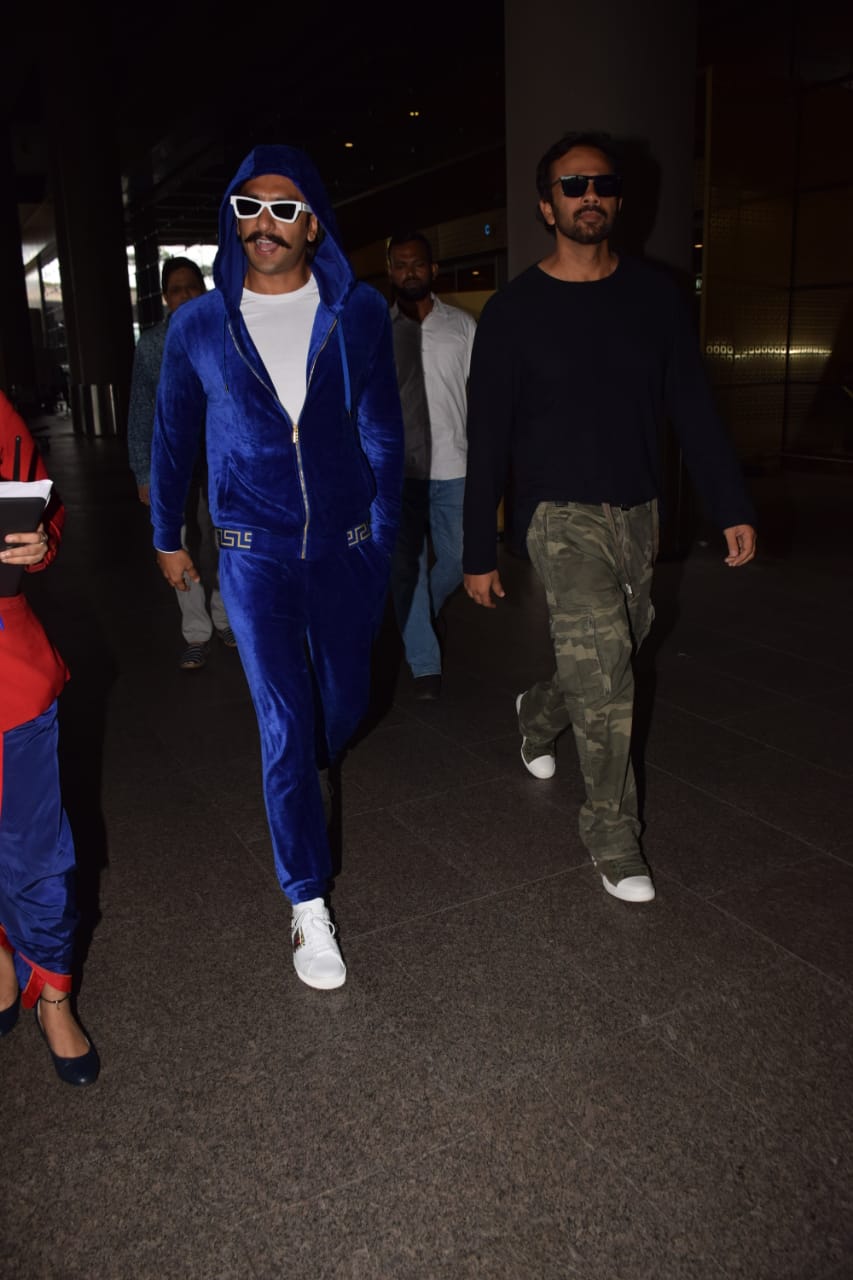 Ranveer and Rohit worked together in 'Simmba', which also starred Sara Ali Khan. 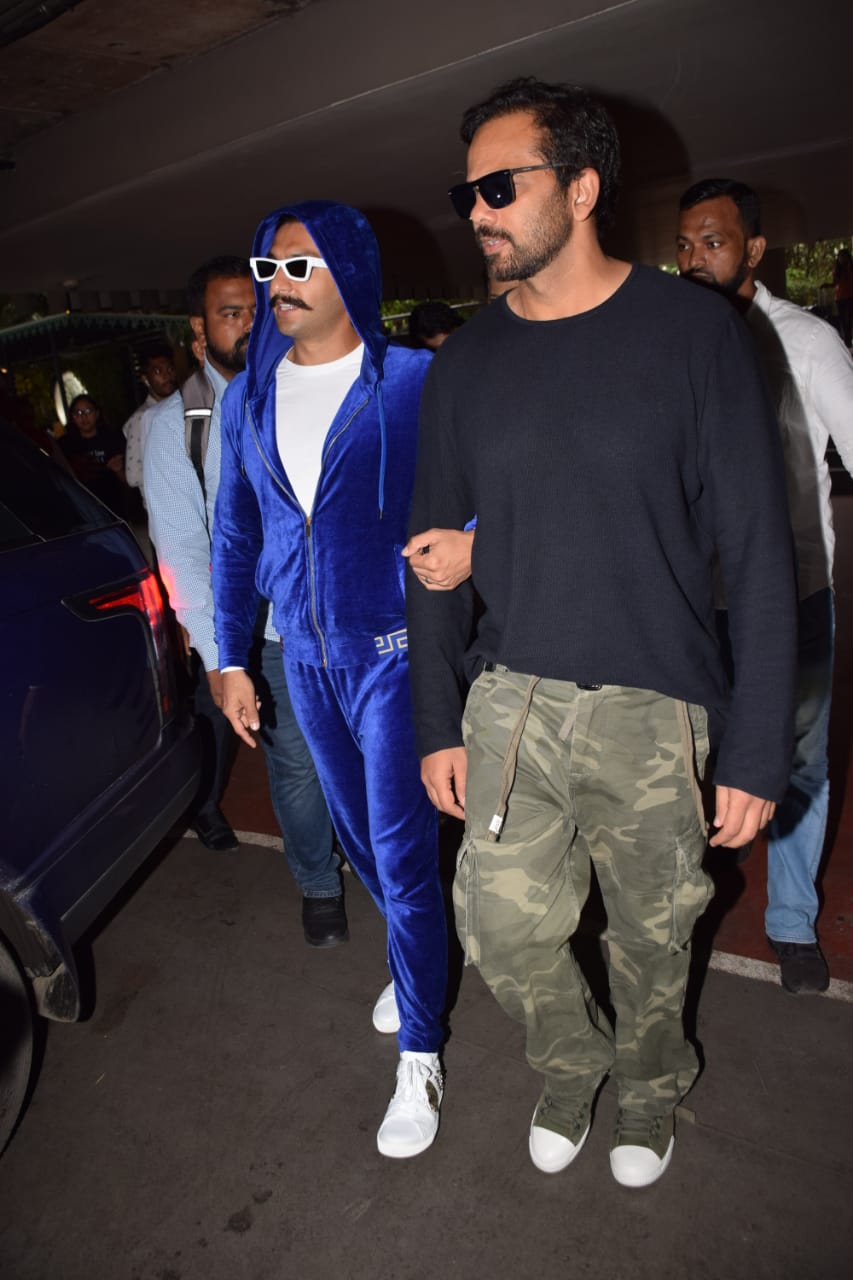 On the professional front, Ranveer Singh will be next seen in Kabir Khan’s ‘83’. He plays the role of former cricketer Kapil Dev in the film. Deepika Padukone will essay his on-screen wife the sports drama. 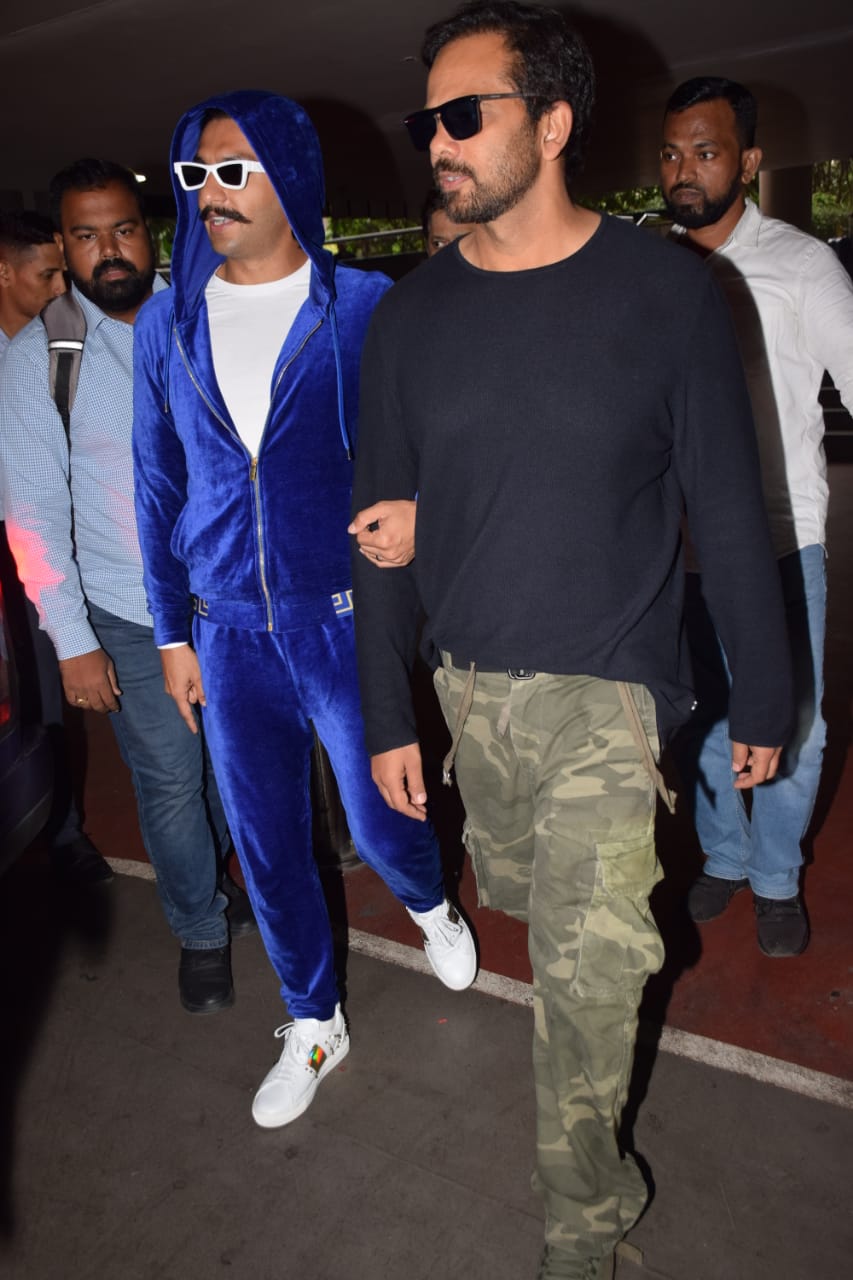 The 'Gully Boy' actor also has 'Takht' and 'Jayeshbhai Jordaar' in his kitty. (All PICS Credit- Manav Manglani)