By: ANI
Updated: 01 Mar 2018 05:16 PM
New Delhi: Following the death of his beloved wife, film producer Boney Kapoor posted an emotional note from her account bidding goodbye to the 'love of his life'.

This is, however, the last post shared on Sridevi's Twitter by her husband, hours after she was cremated with state honours in Mumbai.

Boney Kapoor expressed gratitude towards family and friends stating, "I would like to express my sincere gratitude to my family, friends, colleagues who have stood by us like rocks. I am blessed to have the support and love of Arjun and Anshula, who have been such pillars of strength for myself, Khushi and Janhvi. Together, as a family, we have tried to face this unbearable loss."

"To the world, she was their Chandni, but to me, she was my love, my friend, mother to our girls, my partner. To our daughters, she was their everything, their life," it further read.

He also requested the media to respect their privacy and give them "space to grief."

Lastly, Boney Kapoor wrote, "She was and is an actor that is irreplaceable. Love and respect her for that. The curtains never come down on an actor's life because they shine on the silver screen."

Sridevi passed away on late Saturday night in Dubai, where she was attending a family wedding. According to the forensic report, the 54-year-old Indian actress died of accidental drowning in her hotel room's bathtub, after suffering a dizzying spell. According to reports, traces of alcohol were found in her body too. 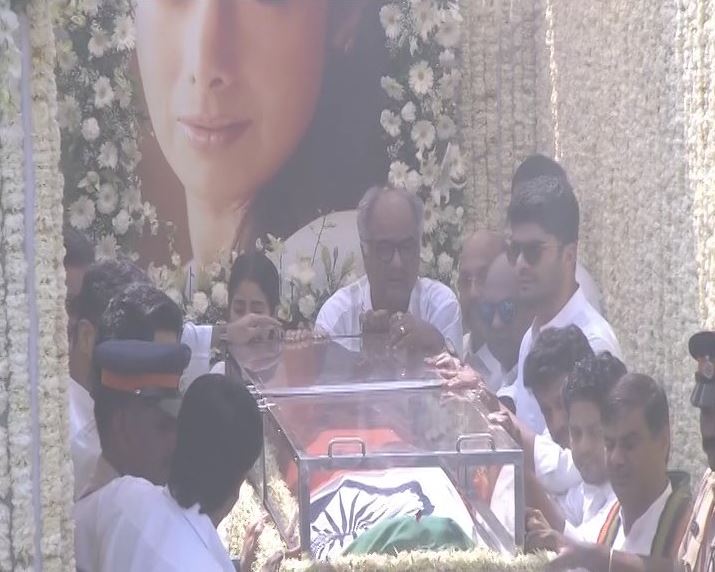 After the flower-bedecked body was brought to the club premises, a steady stream of fans came to pay their last respects. (Image: ANI)