By: Filmymonkey Team
Updated: 26 Jun 2019 09:42 PM
Film actress Amy Jackson, who was last seen sharing screen-space with superstars Rajinikanth & Akshay Kumar in ‘2.0’, is expecting her first child with her British multi-millionaire fiancé George Panayiotou. Yet to tie the knot with beau, mommy-to-be Amy Jackson is enjoying her pregnancy phase. Currently, the couple is holidaying in Cyprus where they are having the time of their lives.  The actress, who announced her pregnancy news in March this year, is posting various vacation pictures on her social media account. 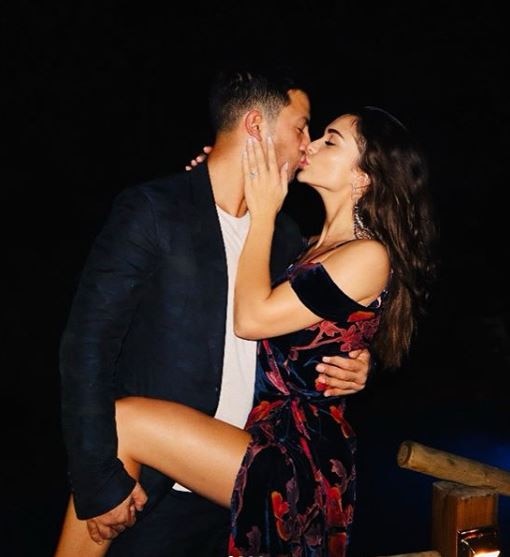 In her latest holiday pictures, Amy Jackson can be seen flaunting her baby bump as she beams with joy as she chills with fiance George Panayiotou.