By: Filmymonkey Team
Updated: 03 Sep 2019 11:26 AM
Bollywood stunner Amy Jackson, who was last seen playing pivotal role in Akshay Kumar & Rajinikanth's '2.0' last year, is beaming with joy these days as she is expecting her first child with British multi-millionaire fiancé George Panayiotou and is in her third trimester. Mommy-to-be Amy Jackson, who shared pictures from her fun-filled baby shower ceremony few days ago, recently attended a friend's baby shower pictures. Pictures from Amy Jackson's friend's baby shower ceremony are doing the rounds on Internet in which the actress is radiating pregnancy glow. 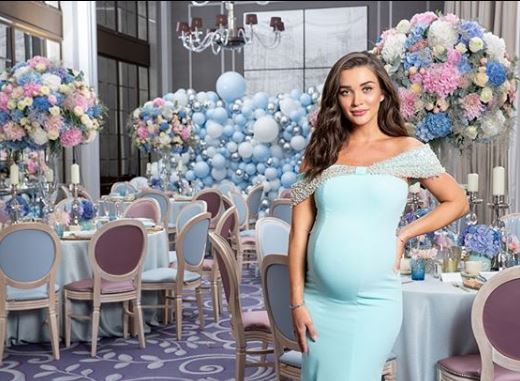 Mommy-to-be Amy Jackson took to her social media account and posted few pictures from her friend's baby shower ceremony as her Instagram stories. In the pictures, Amy Jackson is looking gorgeous as ever as she is flaunting her baby bump in a black outfit with a red-white cardigan.