Seen as a contestant in 'Khatron Ke Khiladi' & 'Nach Baliye', Bollywood actress Bruna Abdullah secretly tied the knot with fiance in May.

By: Filmymonkey Team
Updated: 18 Jul 2019 07:56 PM
Bollywood actress Bruna Abdullah, seen in films like 'I Hate Luv Storys & 'Grand Masti, is expecting her first baby with fiancé Allan Fraser. Soon-to-be parents Bruna and Allan, who got engaged in July 2018, are super-exited to for the arrival of their little bundle of joy. Last month, there was a buzz that Bruna Abdullah secretly got married to fiance Allan Fraser in Thailand. However, Bruna recently confirmed that she tied the knot with fiance in May this year. 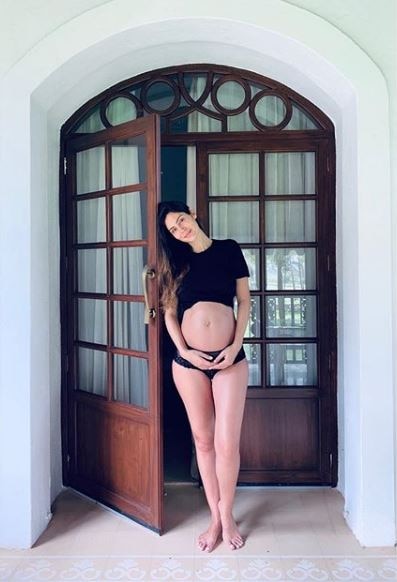 Now, the actress has finally declared her wedding by posting first wedding picture on her social media account. Today (18th July), Bruna Abdullah took to her Instagram account and shared picture from her beach wedding in which she can be seen kissing Akkan Fraser.