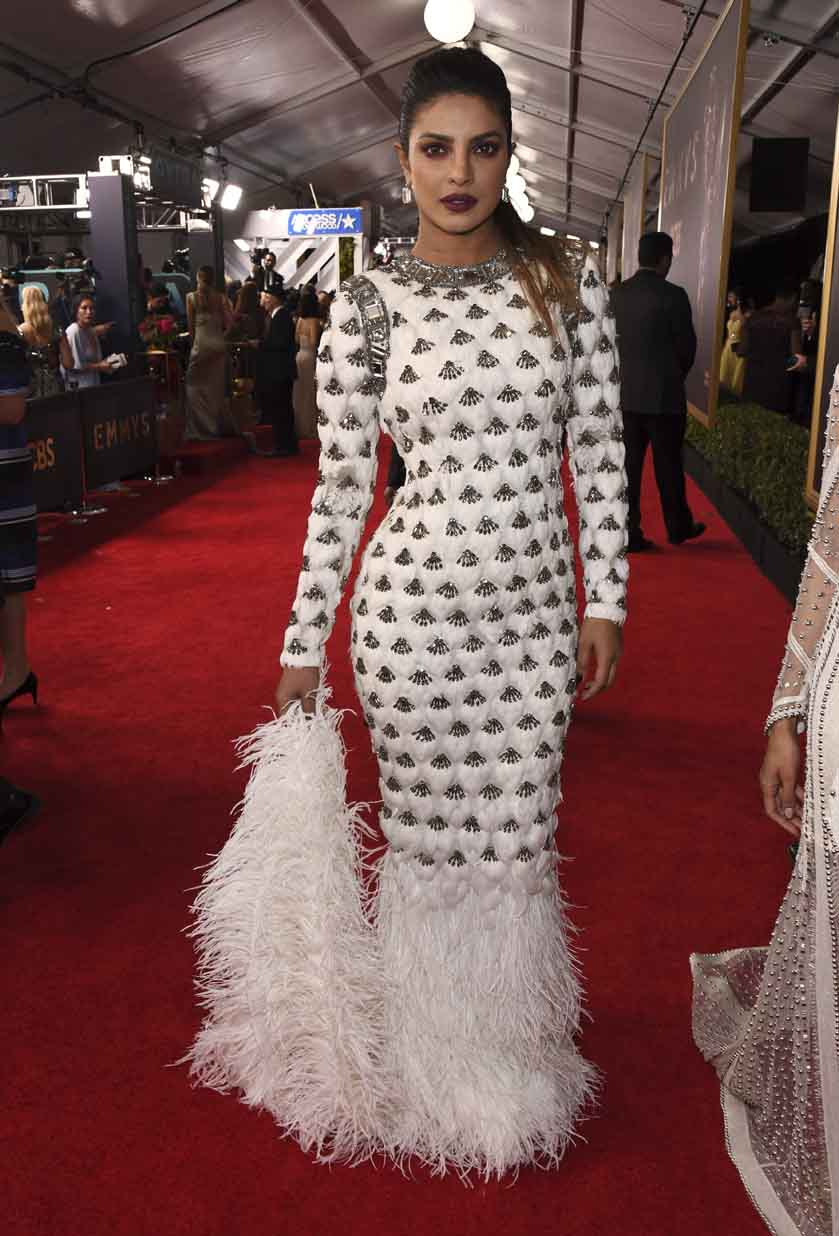 At the red carpet, Priyanka made heads turn with her full-sleeves ensemble, which was adorned with crystals and had a feather skirt train. 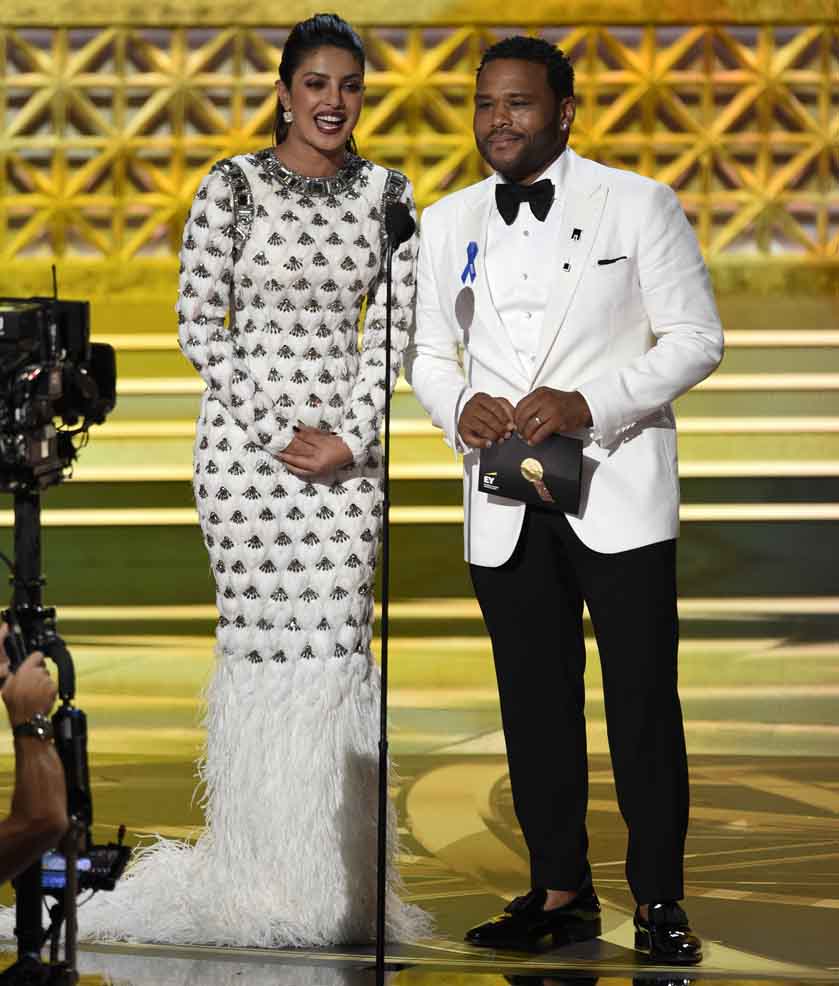 She took the stage alongside Anthony Anderson to present the Award for Outstanding Variety Talk Series to John Oliver for "Last Week Tonight with John Oliver" at the Microsoft Theater on September 17. 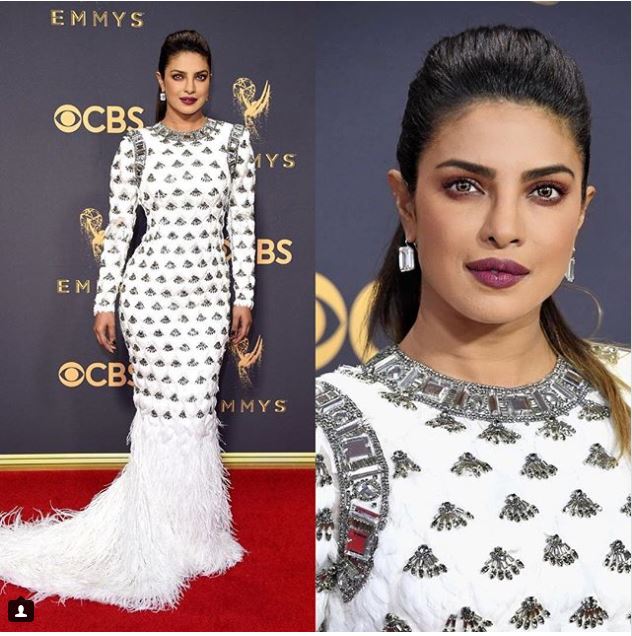 With her hair neatly tied in a ponytail, her lips done up in deep berry red and dramatic eye make-up, the "Quantico" star exuded a fierce and powerful demeanour at the red carpet of the gala. 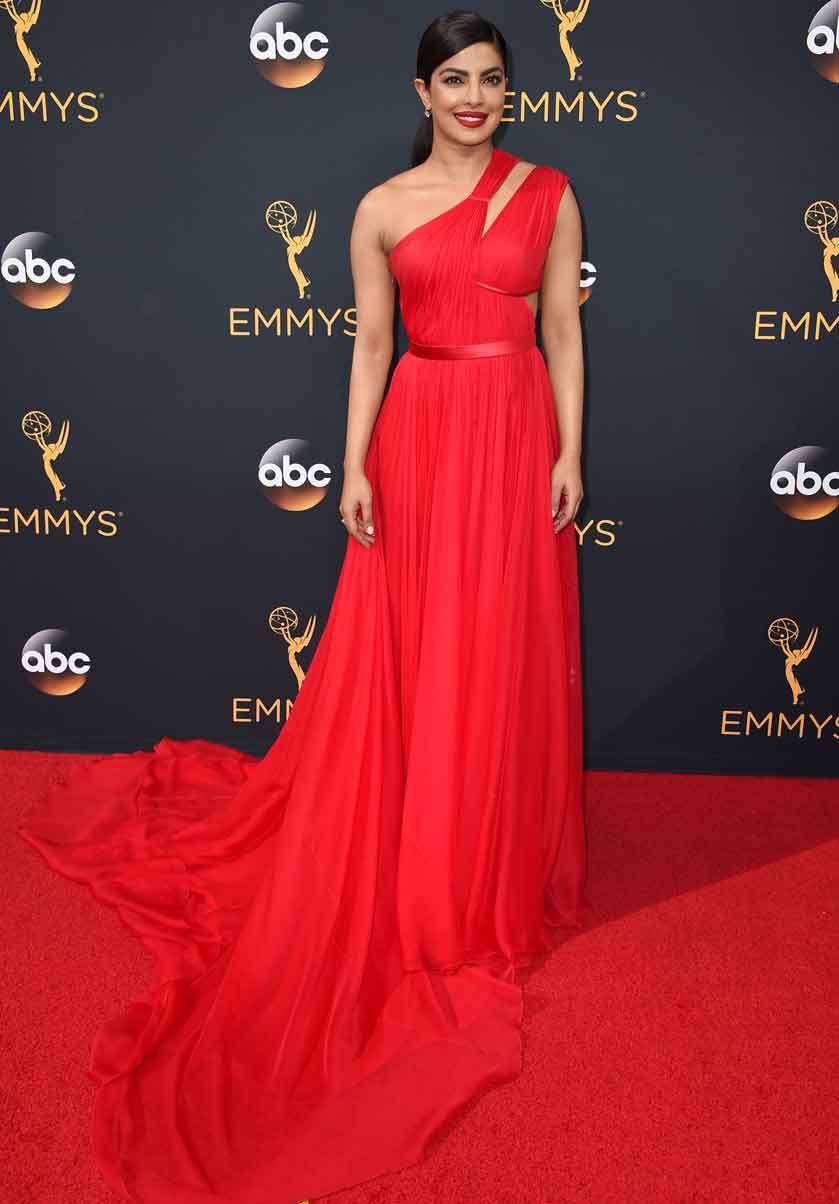 Last year, Priyanka had made her debut at the Emmy Awards and left a lasting impression with a confident twirl in a red single shoulder gown.